Allright, allright, allright!  Little over a month till the first convention of the year for Mantic NA.   Over the next couple of weeks we’ll spot light all the great events and show specials that we’ll have going on at AdeptiCon.

The whole weekend will also be the North American DreadBall launch party.  More on that in an upcoming blog.

So lets jump in and talk about the Kings of War Team tournament.

This is has become a fan favorite over the last couple of years and has become a nice little tournament that everyone likes to start the convention weekend with.  This is a two player tournament consisting of two 1000 point armies and will go three rounds and will feature custom scenarios made by Pathfinder Russ from Omaha NE.  There are no limitations on who can team up with who if you can justify why Empire of Dust and Basilea are teamed up in a fluff piece.  Spread your creative wings and entertain the TO on why Evil and Good can play together. There a few spots left so don’t miss out if you are around Thursday.

As always, if you’re buying something from the Mantic Webstore, click the ship to AdeptiCon button and have your order shipped to AdeptiCon free of charge.  All you have to do is come by the Mantic Booth and show us some ID and we’ll have your package in your waiting arms ASAP.

Stay tuned for the second half of the Thursday where we’ll talk a whole bunch of DreadBall! 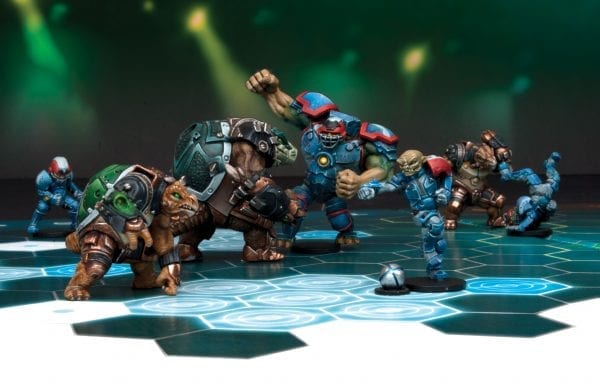