Ambush – A Great New Way To Play! – Kings Of War

In our blogs detailing why the new Kings of War rulebook is so super exciting, you may remember we mentioned Ambush!

You know, Ambush… Ambush is a new way to play Kings of War at a smaller points level but still get that same joyful Kings of War experience.

Brilliant for introductory games, teaching the game to others or even a quick game if you’re short on time. Today, we’re explaining a little more about the thought process behind Ambush and why we’ve included it in the book.

A Gateway Is Open

First up, as dedicated wargamers, we know that there’s nothing quite like the spectacle of a 2,300pt Kings of War conflict. The initial set-up of two massive armies lining up to face each other across the battlefield is truly epic, and there aren’t many games out there able to recreate that sensation!

However, getting to that stage is no mean feat. Depending upon what army you’ve chosen, getting a 2,300pt army ready can be almost as epic as seeing it on the tabletop. You’ve got to choose your army, then build potentially hundreds of models, get them all painted, put them all on suitably cool multibases and then, finally, play with them. For some people this process can take several months. Plus there’s a strong possibility they may lose the will to finish halfway through the project, or get distracted by the next shiny new release.

(Editors notes: I feel like I’ve personally attacked myself with that last senten… ooh a Storm Giant…)

Of course, the reward of finishing a large army is absolutely worth it… but with Ambush we wanted a faster, simpler way to introduce new people to the life-changing experience of a Kings of War clash. This is mainly due to the fact that Ambush can be used to play games from about 500pts, and with a maximum cap at 995pts. Then, once they’ve had that first juicy taste of rank and flank action, they’ll be more likely to scale up to the larger games at more than 2,000pts.

The beauty of Ambush is that the low points for a playable army means you don’t have to paint up a huge amount of models. What’s more, this is combined with a ban on hordes and legions, so you’ll be able to smash through a bunch of troops and regiments to get your army ready for the tabletop in next to no time. 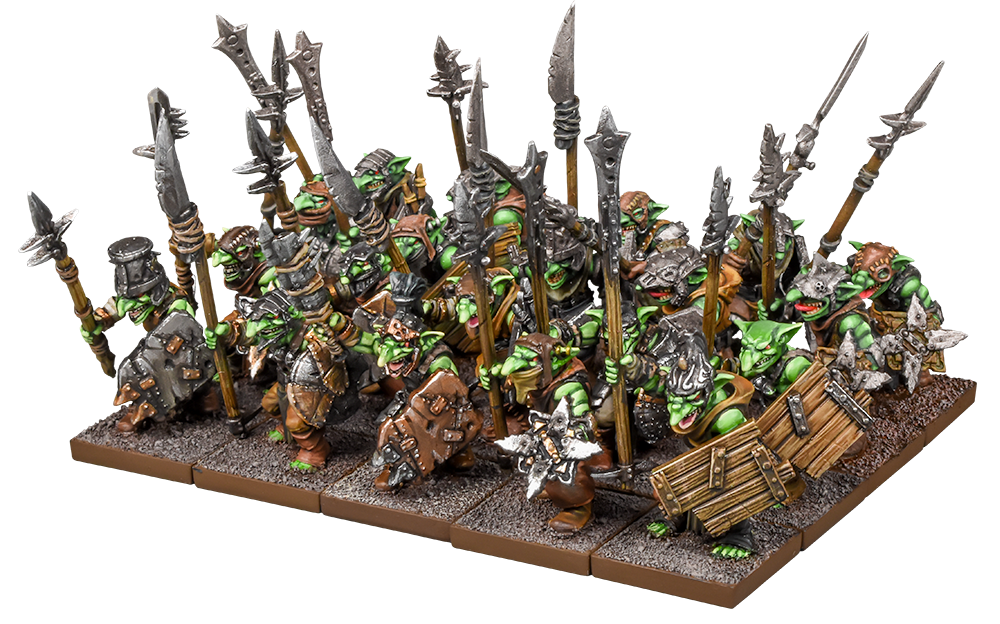 Oh, and like all this wasn’t already exciting enough, Ambush means you can pick up an Army box and you’ll have more than enough options to get an army on the table and start playing. Then you’ve got the choice of expanding with additional units in the future.

As a result, we’re viewing Ambush as a great way to recruit new players into Kings of War. Why not play a few games at your local club or store to show them how easy it is to get into Kings of War? You can even play on a 3ft x 3ft table too, so there isn’t such a large demand on space and terrain.

Time For Us Veterans

Alongside this, we know that veteran Kings of War players may be interested in trying out a new faction but don’t want to commit to building and painting a full army. Ambush is your friend. The sort of friend that won’t let you call an ex-partner while drunk at 3am in the morning. Thanks to games being possible under 750pts (thanks to some innovative army building rules we’ll go into tomorrow) you can easily knock up a few troops and regiments to get a feel for how an army plays, before jumping straight in with both feet.

As many of us get older we find it more and more difficult to find the time to play games, Ambush allows you to grab a few units on a spare evening and get a game in. When you may only be able to fit a large game of Kings Of War in once a month maybe, being able to get your fix weekly through Ambush, we believe is a great ability. 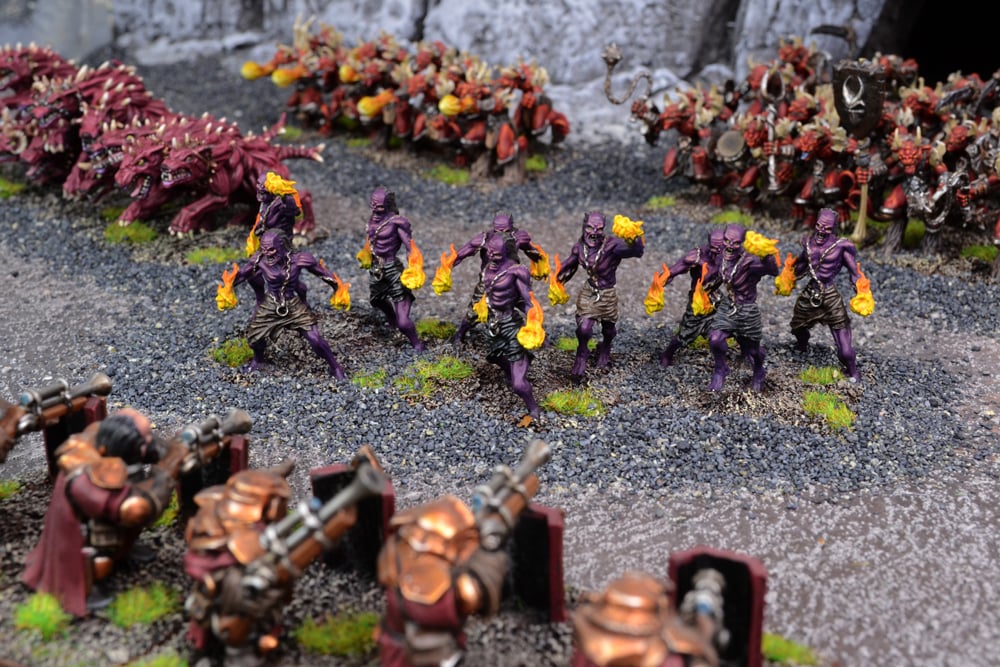 Here at Mantic we’re really excited about Ambush and think it makes it easier than ever to start playing Kings of War. In fact, a number of us at Mantic are already creating armies specially for Ambush. Typically these are armies we’ve always wanted to play, but haven’t had the opportunity to paint a full 2,000pt force.

Inlcuding the new Kings of War Rulebook (the big red one) includes rules from the Third Edition Rulebook, Uncharted Empires and the changes introduced in Clash of Kings 2022. It also includes all the updates and erratas for those books and combines them into one tome.

In addition, the Rules committee have been hard at work to deliver the changes we’d normally see in a Clash of Kings book, including Siege, Ambush and Legendary battles.

The Bundle also includes the Artefact and Spells deck with 74 updated cards for the new version.