Balance in All Things 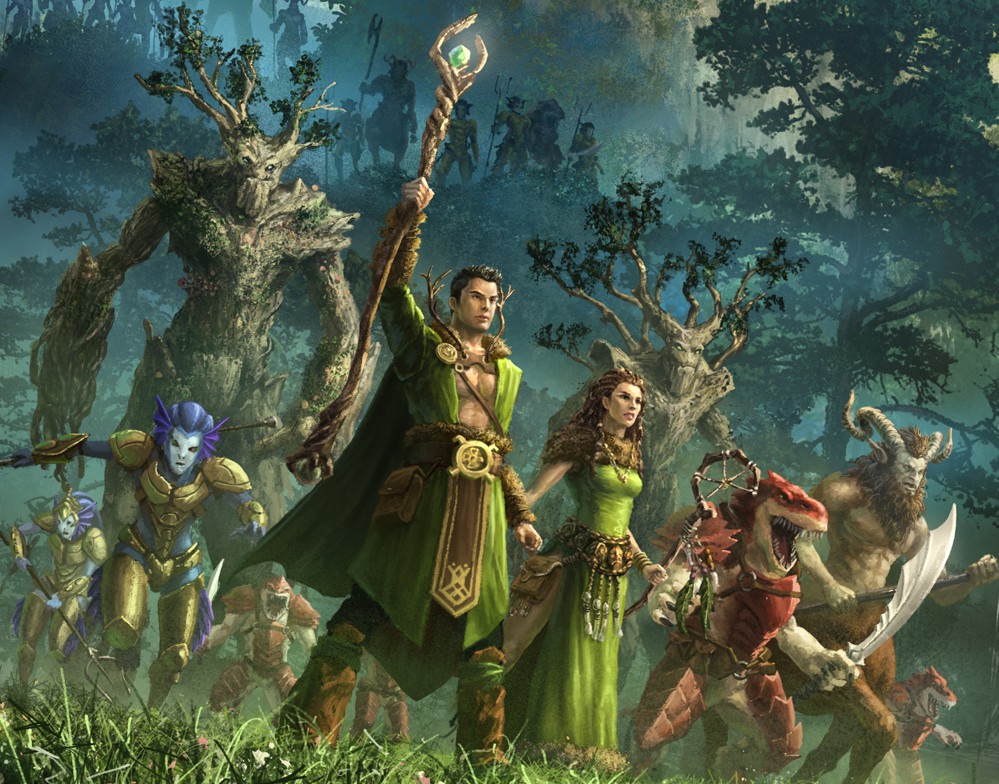 The Forces of Nature strive to maintain balance in the world of Mantica. They are neutral in the truest sense. When either good or evil rise to prominence, Nature allies itself with the weaker side, until the two forces are balanced once more, thus perpetuating wars. Beyond this, they will not interact with others unless threatened – in which case their wrath is terrible to behold. Powerful Elementals march along terrifying beasts, while flame-blooded Salamanders and amphibious Naiads strike at the hearts of their foes. All of these beings must be kept in balance, as is the way of Nature. This task falls to the mysterious Druids. 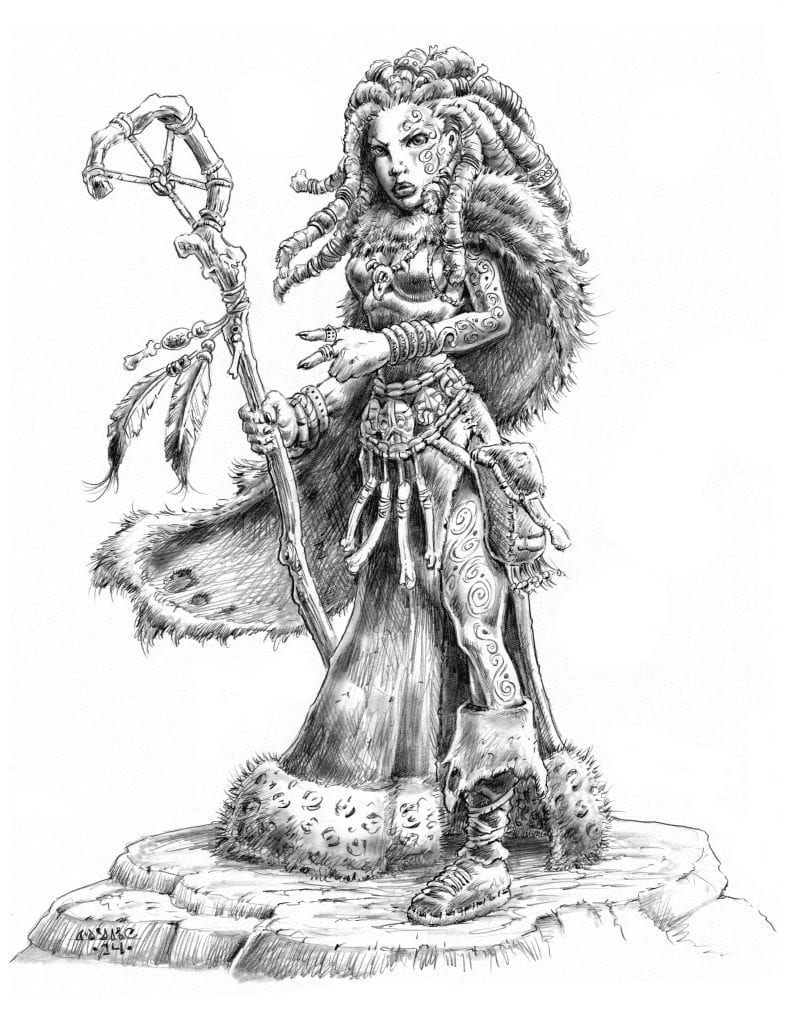 Druids are the worshipers of the Lady. They follow their goddess’ commands and use the Forces of nature to tip the balance of power in battles. They can be from any race, although most are human, as they are the most malleable of races. They travel the world , spying on the so-called ‘civilised’ races of Mantica. When the need arises, they can cast potent magics to raise Elementals, or rouse the Forest Shamblers from their slumber.
The Lady herself is a true enigma. Legends say that she is a Celestian who survived the Shattering by drawing on the spirits of the living world – from the forests and beasts of the wild. She was able to find the two halves of a shattered Celestian – a Shining One and a Wicked One – and fuse with them. She now exists as a combination of the three – good and evil held in balance by the power of Nature. With her innate connections to the four elements – Fire, Water, Air and Earth – she strives to protect the world from both the forces of good and the legions of evil. 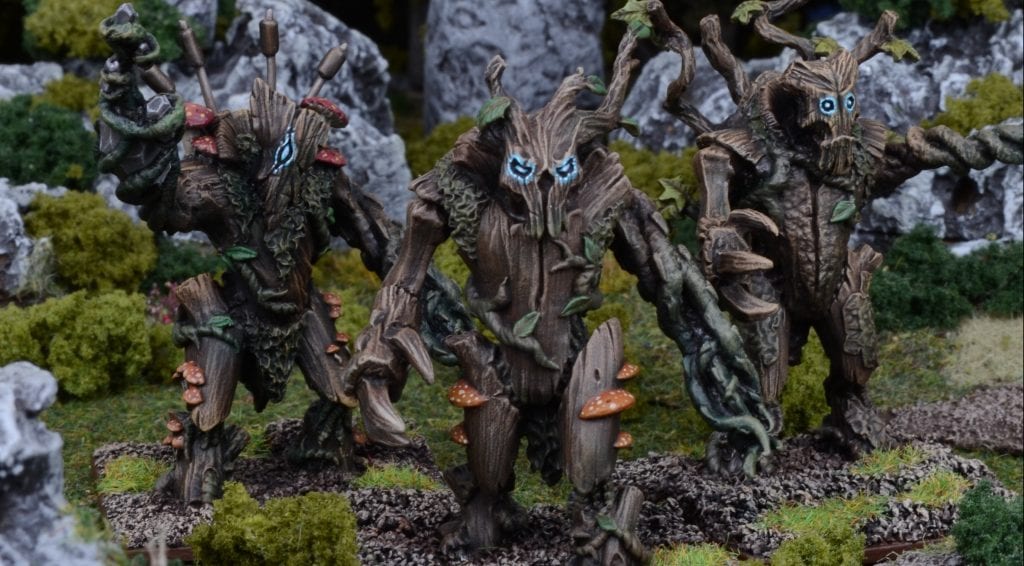 The armies of Nature are made up of a wide variety of beings. Each one has a stronger connection to the natural world than the other races of Mantica. The foot soldiers of the army are generally Salamanders, Naiads or Hunters of the Wild. Each race brings its own elite troops to the force, attacking alongside the noble Centaurs or ancient Forest Shamblers. Mythical beasts and beings made of stone or magma batter through enemy lines, while the Druids coordinate the armies in the name of the Lady. Many Warlords have learned to avoid the wilds of the world and to respect the ground on which they tread; lest they earn Nature’s ire. 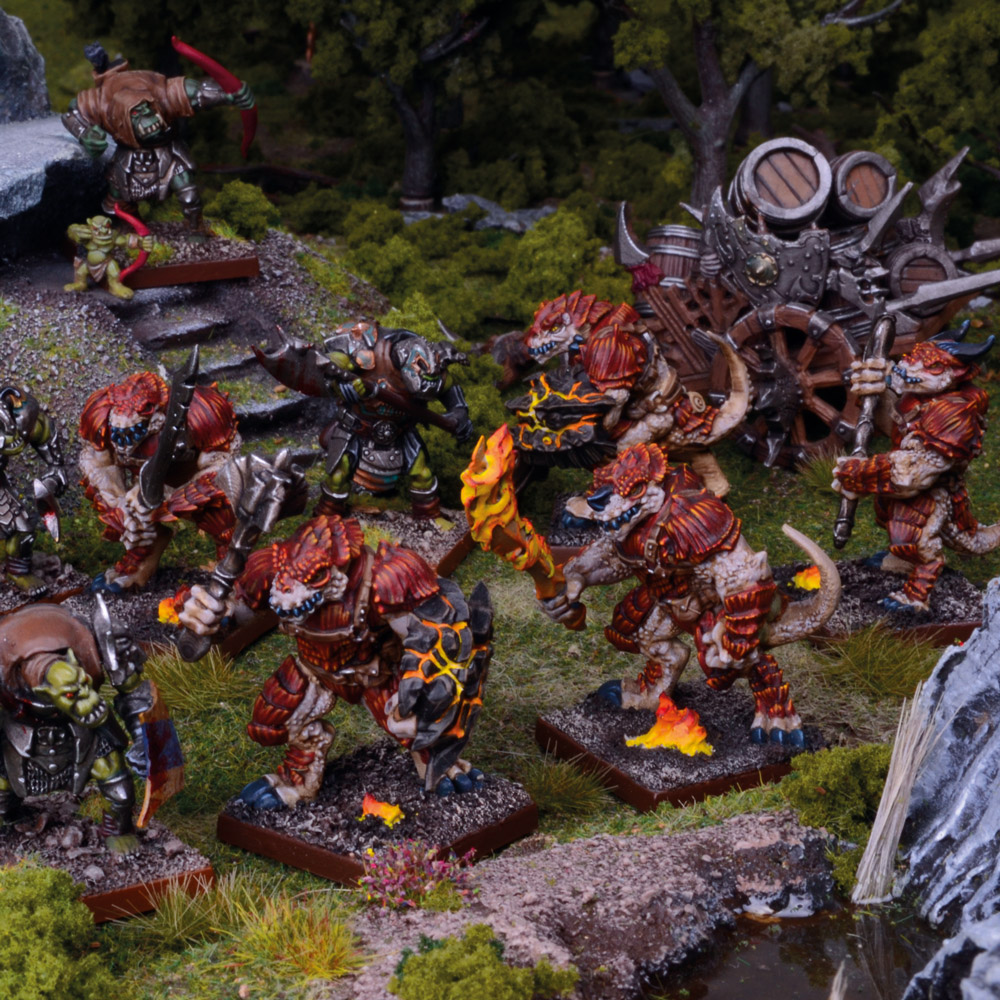 The new Forces of Nature models are now on pre-order! You can pick up the Hard Plastic Salamanders or Naiads, the immense Greater Earth Elemental, the swift Centaurs or the powerful Druids from our webstore, or from all good hobby retailers at the end of April! If you’re desperate to get started on your army now, why not start with the Forest Shamblers we released for our Elves last year? They too are part of the army.

The Forces of Nature are a brand new army for Kings of War! You can pre-order them from our webstore or pick them up from all good hobby retailers at the end of April!