Part of the beauty of Star Saga is that the core game is really just the beginning. Once you’ve played through the main game and finished the adventure on Planet Eiras, you can then use the Character Creator and Mission Creator to make your own action-packed scenarios to play with friends, on your own or take down your club to show you’re the most fiendish Nexus Player there is.

This week we’ll have a more detailed look at both the Character Creator and Mission Creator to show you how they work.

However, in the meantime, we’re pleased to announce that we’re now upgrading the Mission Creator to also include a Bestiary that will have statistics for loads of the Deadzone/Warpath infantry units. Included as part of the Bestiary, we’ll also be producing stat cards for the troop types, making it much easier for the Nexus Player to look up their abilities during a game and allowing them to mix and match their forces. All this has now been added to your pledge and you haven’t had to lift a finger.

What does this mean? Well, if you’ve got a bunch of Rebs minis for your Deadzone faction, you can now create a mission that takes place inside a Rebs base and each troop type will have their own stats. Perhaps you’re a Forge Father player and want a campaign set inside a Brokkr mining facility? Go ahead…

Now you can start thinking all about a mission that sees Blaine in the middle of a scrap between Enforcers and the Plague… or perhaps the mercs have stumbled upon a secret testing facility for Plague vaccines? The beauty of the mission creator is that the choice is yours. 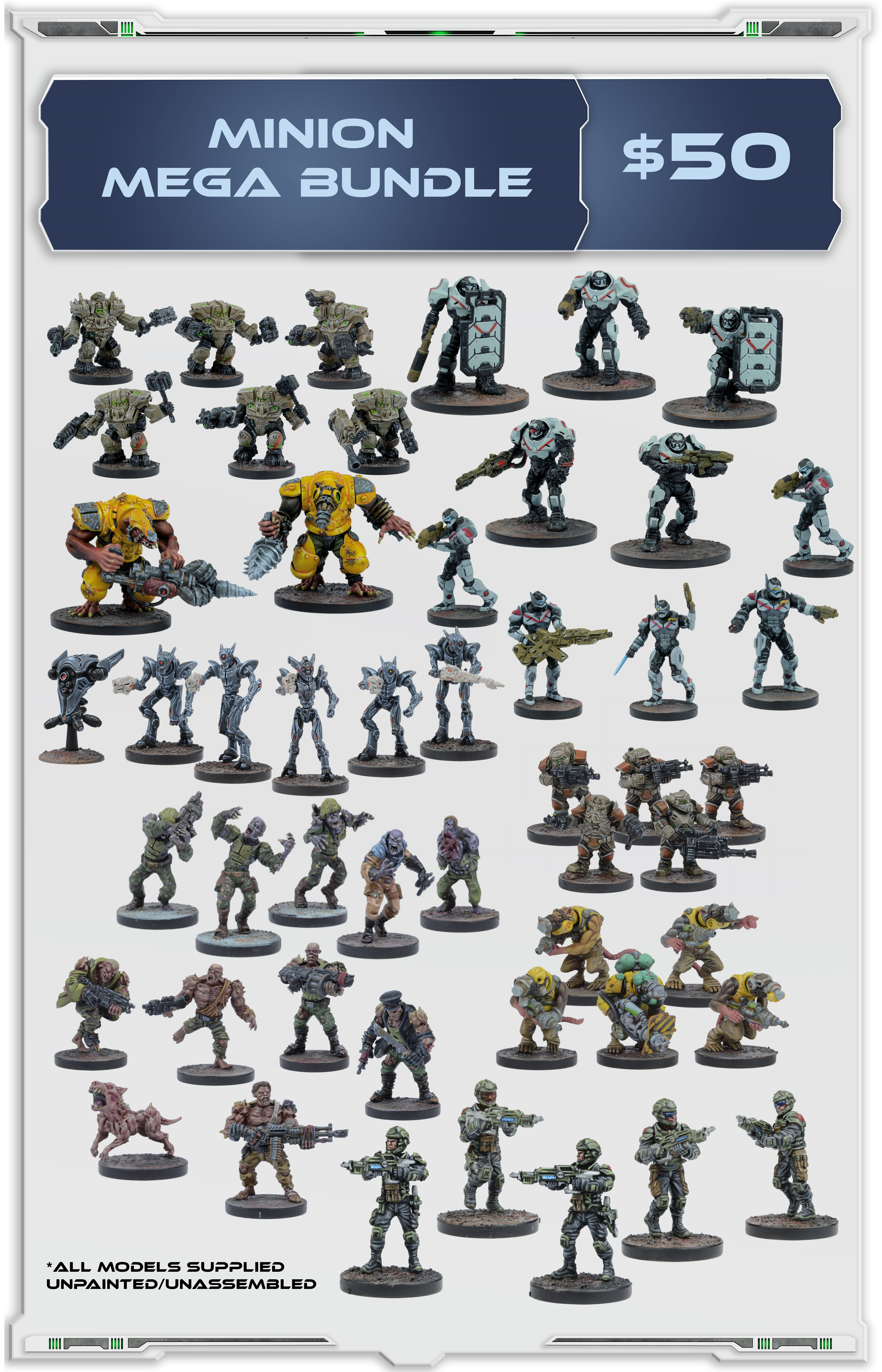 This special bundle gives you plenty of minion options.

We’ll have more Star Saga updates this week. Make sure you take a look at the Kickstarter, as we continue to add more great value to pledges.