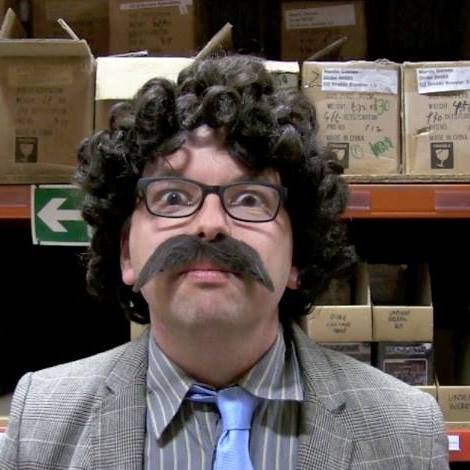 It’s Crazy Bobby’s favourite time of year – Black Friday Week! As we approach the busiest day of the year for Bobby and his team of goblins, we wanted to highlight a few of the special offers he has planned. We’ll also explain some of the hacks to get the most out of these products. 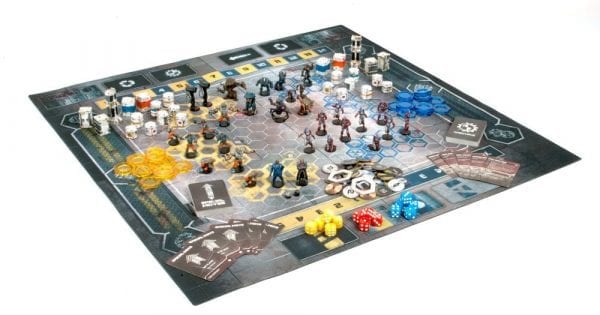 Dreadball Xtreme (£14.99/€17.99/$19.99) – the most violent game in the galaxy just got a whole lot of cheaper! As well as getting a full game (and Xtreme is excellent, brutal fun) you’ll also get THREE teams for DreadBall Second Edition. The teams in the box are the Long Rock Lifers (Convicts), Bremlin Nebulas (Kalyshi) and Renton Rejects.

DreadBall Second Edition Upgraded Edition (£49.99/€69.99/$79.99) – of course, you might also need DreadBall Second Edition to go alongside these teams. Well, great news! While stocks last, we’re upgrading copies of the two-player set to include the Collector’s Edition Rulebook (RRP £24.99). Combine this with DreadBall Xtreme and you’re getting five teams, the special rulebook and everything you need to play Second Edition. Both DreadBall and Xtreme are going to be limited stock, so you might need to be quick to pick one up. 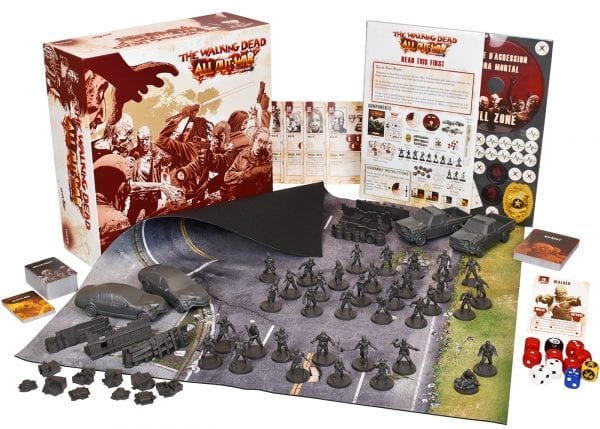 The Walking Dead: Collector’s Edition (£49.99/€69.99/$79.99) – want to get into the Walking Dead? Don’t know where to start? Well look no further than the Collector’s Edition my curious friend. This contains the core game, plus a whole bunch of extras, like the solo-play Prelude to Woodbury, featuring the Governor! Also… between me and you this edition should set you up nicely for the new large battle rules, which are heading into testing early next year. Shhhhhhhhhh…

Walking Dead Deluxe Gaming Mats (£9.99/€12.49/$14.99) – while we’re on the subject of The Walking Dead. We’ve got quite a few UNPACKAGED deluxe gaming mats, covering the Greene Family Farm, Prison and Woodbury (which just happen to be the ones you’ll need after getting the Collector’s Edition). In fact, the Greene Family Farm mat is perfect for a range of skirmish games, including small games of Vanguard, as it’s basically a field.

The Tyrant of Halpi (£14.99/€17.99/$19.99) – pssssst, need a great big dragon for your Kings of War army or RPG sessions? Don’t fancy paying a huge chunk of cash? Well, The Tyrant of Halpi Dungeon Saga expansion contains a whopping great dragon and during the Black Friday sale it’s less than half price. Just tell them Bobby sent you. 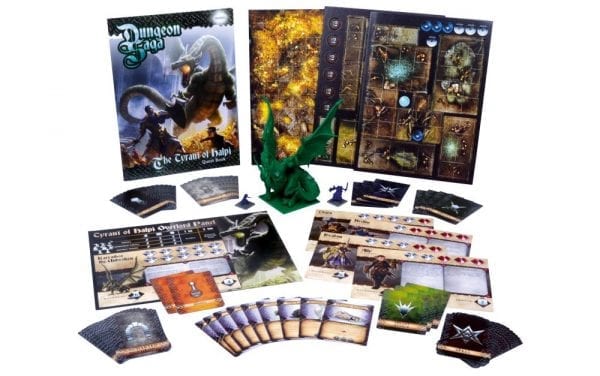 Kings of War books (various) – from Friday, we’ve got some craaaaaaaazy prices on Kings of War books. If you want to keep up to date with all the fluff from last year’s summer campaign, then Edge of the Abyss and Clash of Kings 2018 are just £4.99/€7.99/$9.99 each. Talking of fluff… do you want to learn more about the Nightstalkers? Perhaps the Salamanders tickle your fancy? Well, great news because due to the fact we found a massive box in the warehouse, Uncharted Empires is £7.49/€8.99/$9.99 during the special offer season.

And those are just the tip of the discount iceberg. Tomorrow we’ll be previewing some of the special bundles that Crazy Bobby is cooking up for your enjoyment.