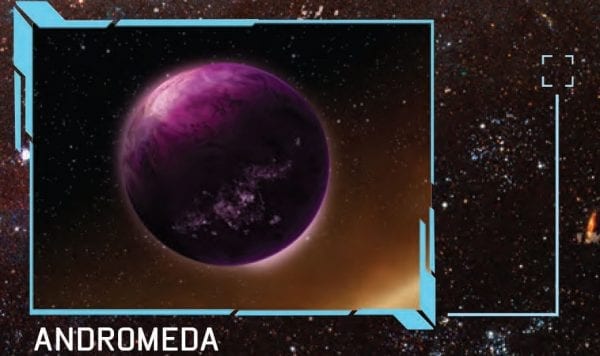 Are you afraid of the dark? Andromeda is a world eternally shrouded in darkness. A solid core within a gas giant, life has, against all odds, survived here. The native species are the Yarasa – winged creatures that hunt in the night. Contact and trade relations with them could never be established and the only way that the GCPS has managed to establish a permanent base on the planet’s surface by bathing the area in bright light.

Occasionally, people still go missing. Unexplained power failures drop sections into complete darkness and there are many warnings about the dangers of stepping out of the light. The DGB saw this pitch black hell hole and saw a new attraction for their games. 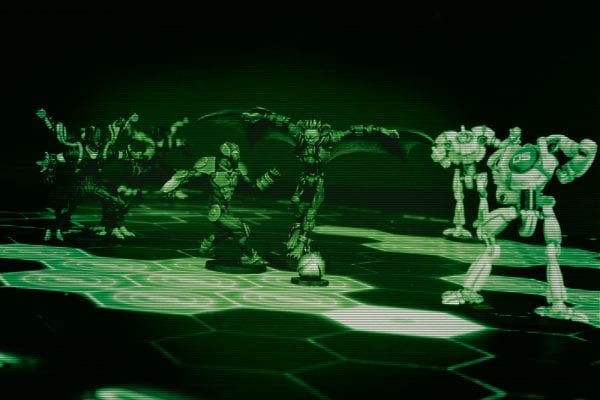 The DreadBall pitch on Andromeda is open to the air and therefore the Yarasa. Slow moving spotlights partially illuminate the pitch, while players and strike zones are dimly lit for play. Whist competing in the already dangerous sport, players who step beyond the spotlight’s safety find themselves suddenly fighting for their life against the Yarasa. Players are carried off or killed on a regular basis – fans who watch Andromeda matches are often not there to cheer on the teams, but rather the vicious hunters in the night that prey on them., to the DGB, this is just one more way of injecting excitement into the game.

The floodlights are represented by tokens on the pitch. Any hex within two space of a spotlight is ‘illuminated’. At the end of each coach’s rush, they can roll a dice and move the spotlight tokens a number of spaces based on the roll. Anyone starting or finishing an action out side of this area will be subject to attack.

In such a dangerous environment, one would have to be truly ruthless to survive. Enter Eko’o. 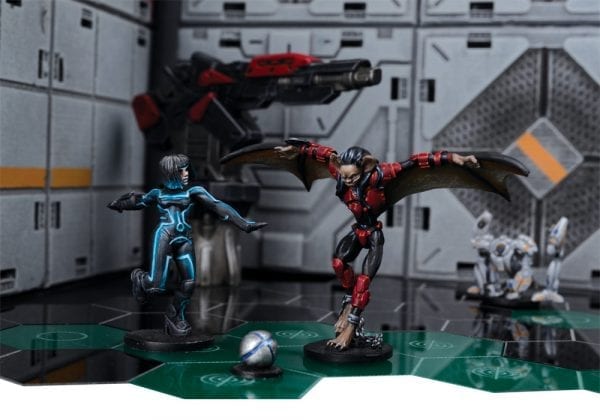 Taken captive by the GCPS, Eko’o was paraded within a collector’s zoo as an oddity. He would have remained there, if a DreadBall talent scout hadn’t seen him as the next best thing. Eko’o was swiftly transferred to a secure training facility to be indoctrinated in DreadBall.

He played their game, allowing them to believe that he was complacent towards them, all the while plotting his escape. One night, and Ion storm disabled the facility’s lighting. Eko’o spent the next two hours hunting down his captors a tearing them to shreds. After departing, he found his way into the criminal underworld, who convinced him to play DreadBall on his own terms.

As a player, Eko’o is a as dangerous as they come. Not holding back, he will kill the opposition without a second thought – often putting him under the Ref’s scrutiny. Uniquely, he is able to fight off Yarasa attacks on Andromeda and so is indispensable to teams playing there.