In a blog a few months ago we spoke about whether there was an appetite for a Deadzone 1.5 as an expansion Kickstarter – not a game in its own right, but supporting the core system by adding more units and factions to what’s already there. The idea was for it to build on the solid foundations that have been established but add a new faction (Veer-myn) to the mix. This would give us a chance to clean up the core rulebook (I think everything is in it, but it could be presented in a way that makes it easier to reference).

It will also give us a chance to add extras to the scenery range (such as pipework linking through all the cavities) to add another dimension (oh, and wait until you see the Octagon Fortress we built this week with the extra sprue, it’s an awesome armoured Battle Base) Sorry, got distracted there! We can also get a couple of new units to the existing factions. All the units would also be compatible with Warpath too. 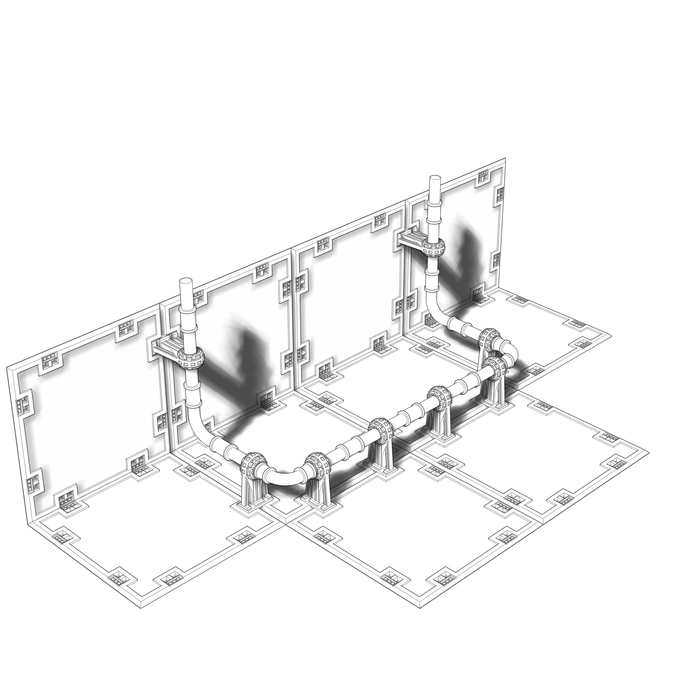 We are thinking of adding some more industrial components to the Battlezone range. What sci-fi scenery would you like to see?

Since we kicked off the discussions I have picked up on a number of themes:

a) There is massive desire to go back and add on to Deadzone, for some doubly so if it is also developing Warpath

b) Actually most people would like to see 2 new factions, not just 1. I think that’s a great idea and while a few of the suggestions are my favourites, please let me have your ideas below (but not Zz’or or Corporation Troops – we are saving those!)

d) There is a big appetite for the KS, but please can it go after Christmas because people want to give this their full support and it will not be a mini kickstarter no matter how many times we say it!

I also think it is not right to look again for funding until everything for the first kickstarter has been delivered and backers have had a chance to have a look. If we had managed to get the hard plastic sprues in the second shipment then any time from now onwards would be fine.. However, with those still waiting to ship it feels before Christmas would be wrong.

This is the new hard plastic Deadzone Enforcer Sprue. Kickstarters backers will be getting this in December. Click the pictures for a closer look: 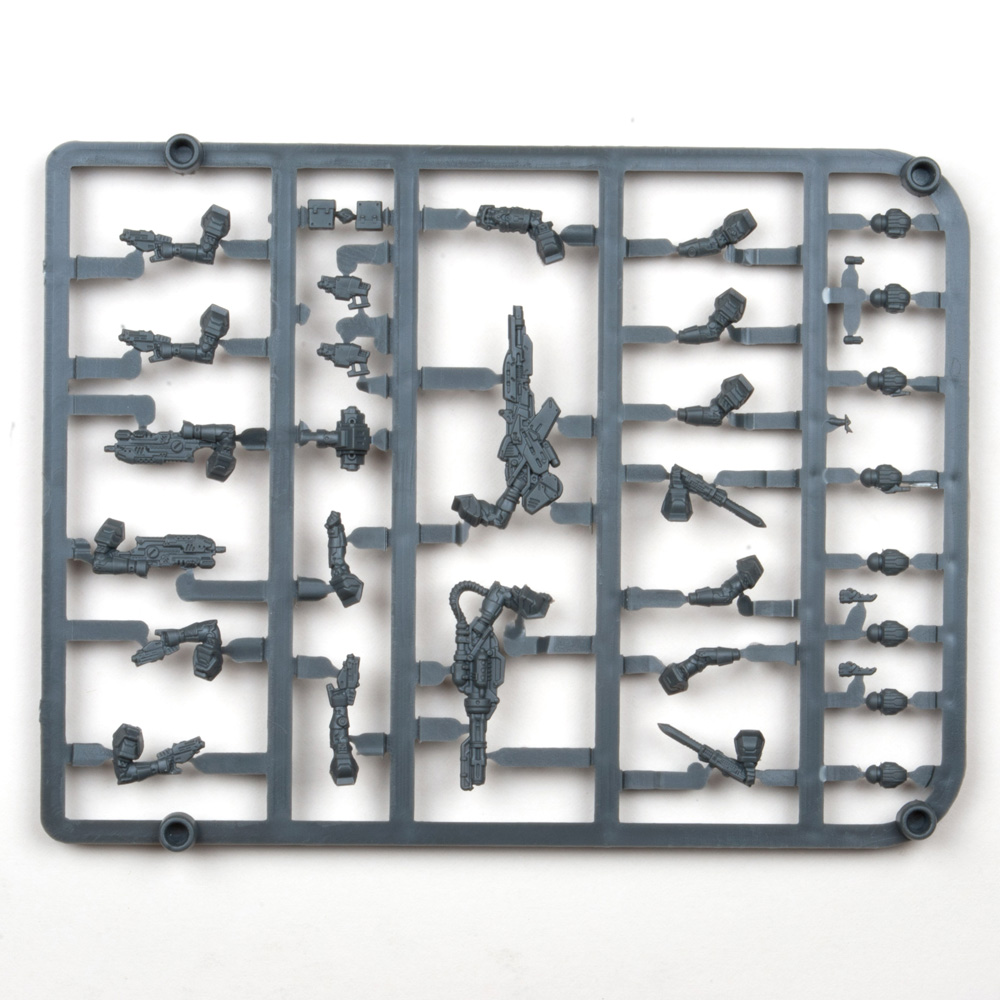 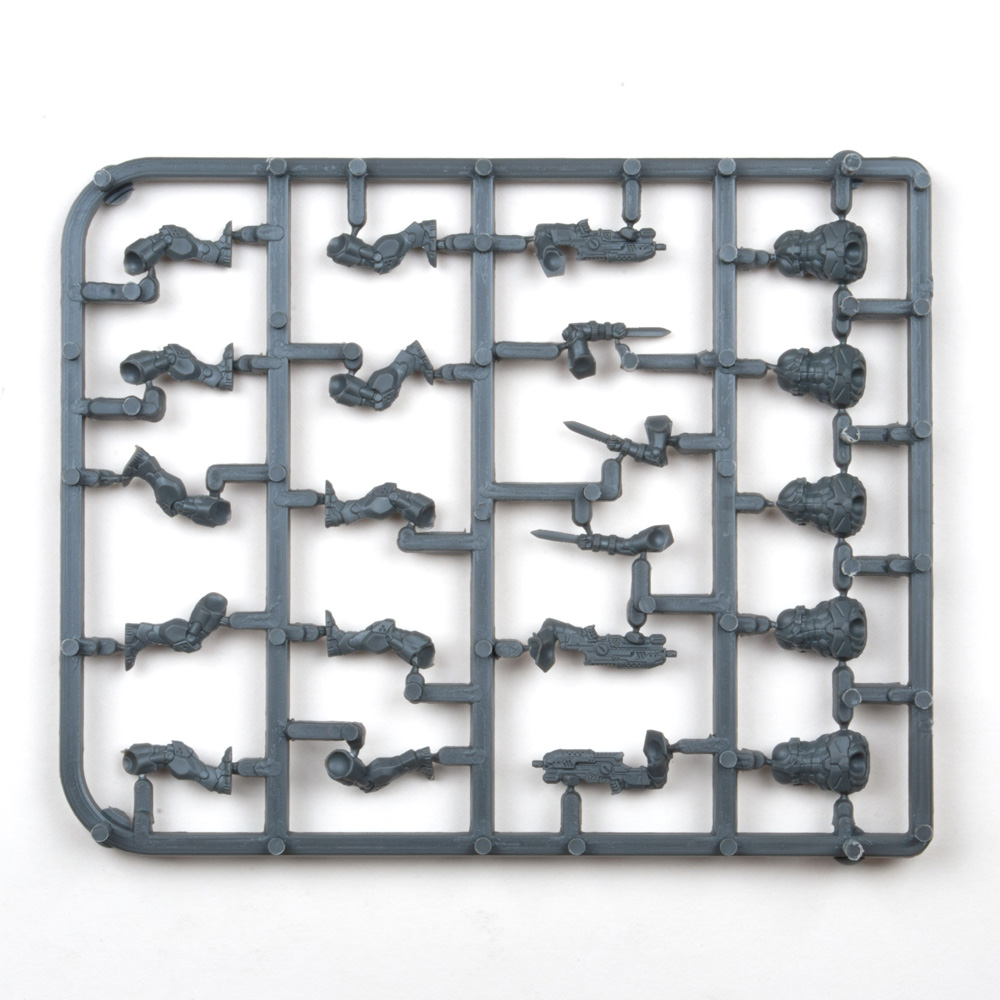 As always Mantic listens. And so taking on board all the feedback here is the plan. We will look at doing 2 new factions, we will create a new backer pledge from DZ 1 to let people get into the game, and we’ll go live at the latter end of the KS window we had and do it after Christmas. This way we can go as far as you want to go!

We will use the time to prepare lots of ideas and concepts so if it goes past the funding goals we need, then we will have great ideas to tool and add to the warpath universe. It will also give backers time to prepare. I still think it will be gentler on the wallets than DZ1 because there is no base game and everyone already has the scenery in bulk. We will also come up with a way for new fans to jump on board too. Before then we will get a free rules/ quick start guide and reference sheet written and available to build up the number of people playing so we can talk to as wide an audience as possible.

If you have ideas for faction 2 add them in the comments below or on our Facebook, and prepare for Containment Protocol – Infestation in early 2015.

So we’ll let you know on Monday what crazy plan we’ve concocted!! 😉