Deadzone Outbreak: Genesis of the Nameless

Buy why did we choose the Nameless? Well, following their introduction in DreadBall and the arrival of Project Oberon in Deadzone, they’ve always been a popular race within the Warpath Universe. After all, who doesn’t like Cthulhu-style space monsters with more tentacles than your local Sealife Centre? The answer is absolutely no one. NO ONE!

This love for the Nameless came to a head during the Star Saga Kickstarter when we introduced the Nameless as the core of not one but TWO expansions: Fear in the Darkness and Terror in the Deep. The introduction of the Nameless immediately saw the total start shooting upwards and we immediately had calls to make the Nameless into a Deadzone faction. However, this left us with a little bit of a problem – in the DreadBall background they’re described as a peaceful race :s

GENESIS OF THE NAMELESS

Never fear, we thought! The Outbreak supplement is a chance for us to really expand on the Nameless background and turn them from a bit of a joke faction into a fully-fledged (and fighty) faction for Deadzone. There was really only one man for the job: Christopher Verspeak! Christopher wrote the excellent First Strike novel and also contributed a lot to the Warpath Sourcebook. 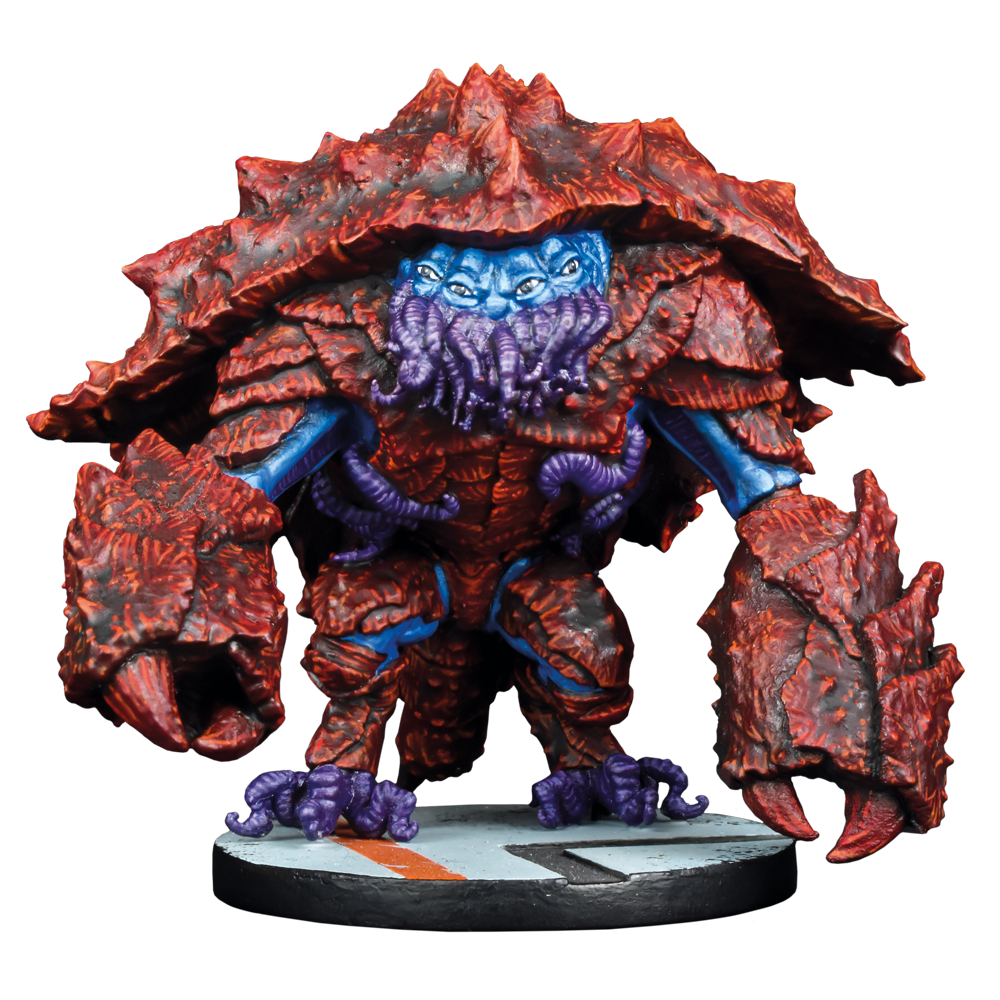 He went back to the drawing board with the Nameless and began exploring their origins in more detail. We’re not going to spoil everything here but, in keeping with the DreadBall background, they’re mostly a peaceful and heavily religious race. However, with the aggressive expansion of the GCPS, one of the hostile religious sects within Nameless culture has decided the GCPS is a threat that must be wiped out. Although this militant group is mainly shunned by Nameless society, they’re attracting more followers by the day. If their incursion onto the planet Starfall goes well, it’s likely to encourage even more to join and the Nameless will become increasingly violent.

As such, the success or failure of the Nameless during the summer campaign will dictate how their culture progresses. Will they become a race determined to wipe out humanity, or will they continue to choose a more peaceful path? Only YOU can decide.

The core of the Nameless faction will come in the form of a new Deadzone faction starter. This will include a brand new leader (in resin) and 17 troops (a mix of PVC plastic and resin). The Nameless are led by the powerful Psychotroid, a bizarre creature with Psychic attacks and the ability to cause enemies to flee. 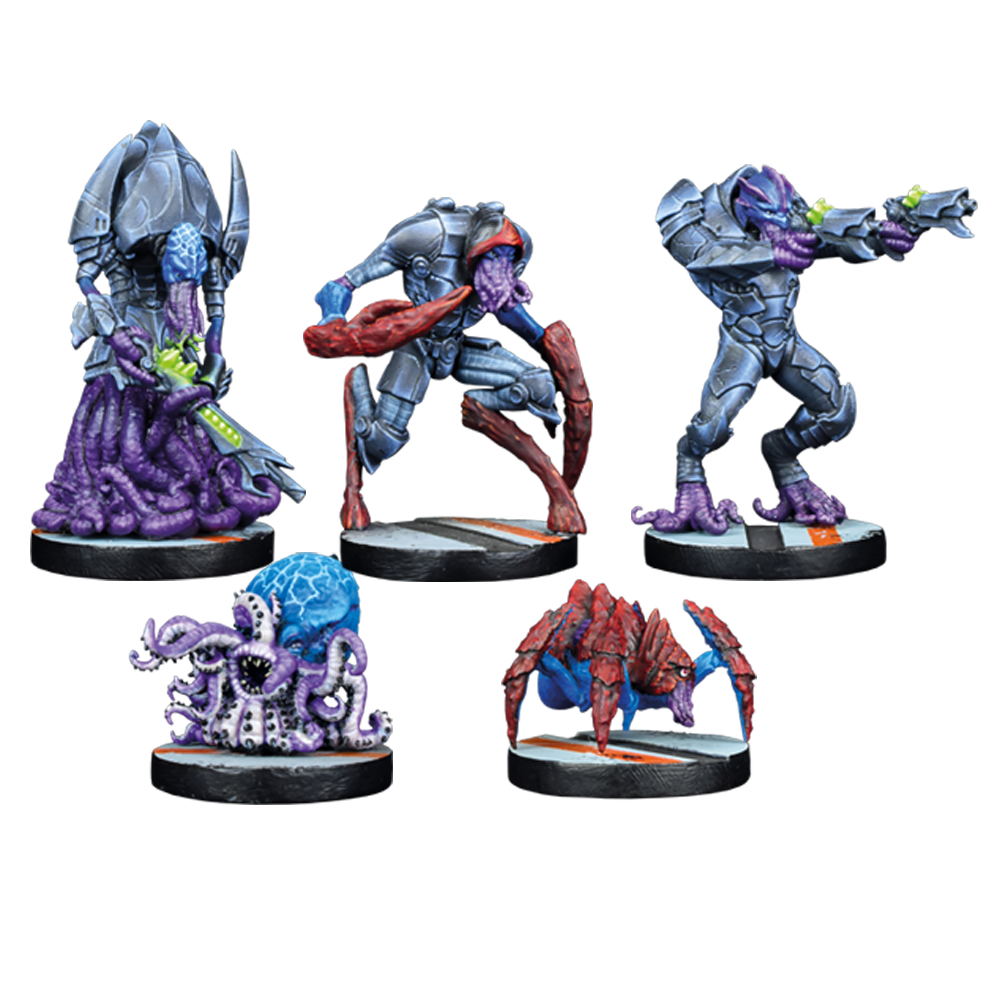 It will be backed up by smaller minions, like the Scuttler and Inker, plus core troops such as the Caratid (similar to the DreadBall striker) and specialists like the lumbering Ogre. If you fancy a different leader for your Nameless troops, you’ll be able to pick up the Kickstarter Exclusive The Fear for just 15 Mantic Points or The Blight for £7.99. This will give you more options when battling it out on Starfall.

Currently there’s no faction booster for the Nameless, as this summer campaign will shape how aggressive they become within the Warpath Universe (and what extra troops they require), however that doesn’t mean we’re done with the Nameless releases…

Releasing as part of the Star Saga line is the Nameless Goliath, however this mighty beast can also be used as a ‘vehicle’ in Deadzone. This is currently due for release in August alongside a Nameless Minion Booster for Star Saga – this will include 12 of the PVC miniatures, so might come in handy for Deadzone too if you want to bolster your troops. Both will be going up for pre-order in early July. 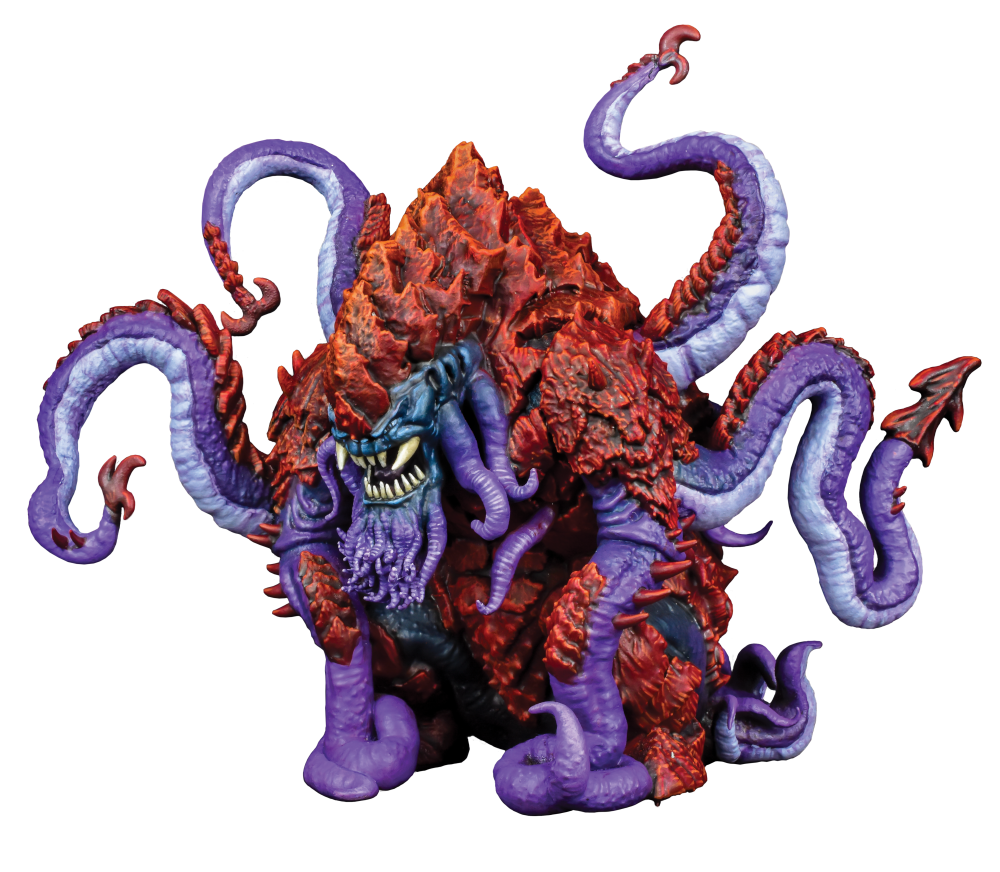 A completely new unit for the Nameless is the resin Bathomite, which is also heading your way in August (just in time for the summer campaign). Again, this is another ‘vehicle’ for the Nameless and is shaping up to be an awesome miniature, as you can see in the concept art below. 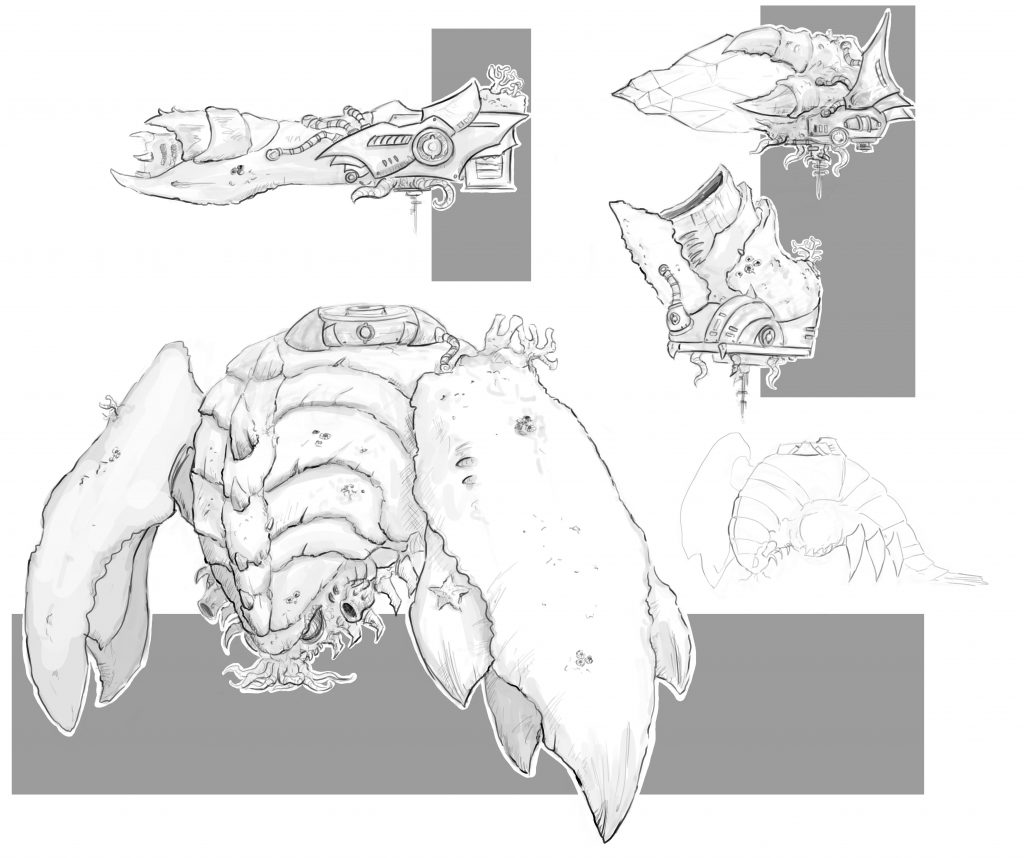 THE FUTURE OF THE NAMELESS

What’s going to happen with forthcoming Nameless releases? Well, this is where YOU come in! With the summer campaign there’s the chance to shape the future of the Nameless. Will they become a thorn in the side of the GCPS? Could they ally with the Rebs to bring the GCPS to its knees? Will they retreat to their home system to nurse their wounds before another attack? This summer is just a taste of what we’ve got planned for the Nameless and we can’t wait to get our tentacles on more units in the future.

The Nameless Faction Starter, The Fear and The Blight (along with a host of other Deadzone-themed releases) will all be going up for pre-order on the Mantic website tomorrow (Friday). Will you be fighting for or against the Nameless in the summer campaign?