Last week we announced the date for the Kickstarter – Friday 22nd July at 1:30pm BST. It’s always both exciting and daunting to announce the date and time, it’s now a fixed point in the calendar and we can’t miss it, so everything needs cranking up to 11 to get it all finished in time.

Last time out we showed off a fantastic new piece by Michele Giorgi. This will be internal art for the multiplayer, multiball expansion DreadBall Ultimate, which will be on the Kickstarter too – and we’ll use this piece as the cover: 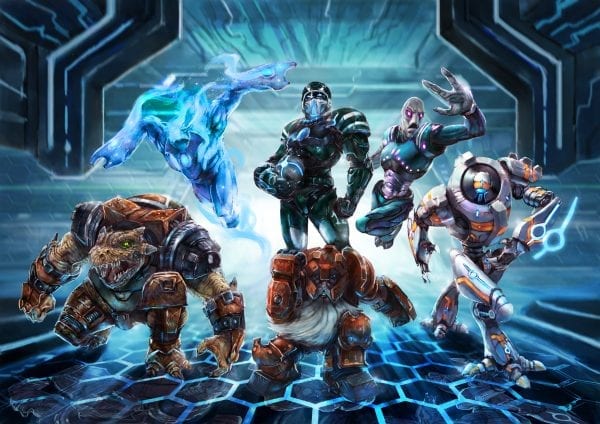 Michele is also working on new internal art for the main rulebook. In response to community feedback, the proposed Core Rulebook and Advanced Rulebook will be combined into one book, not two – so handily we only need one piece of art for this! 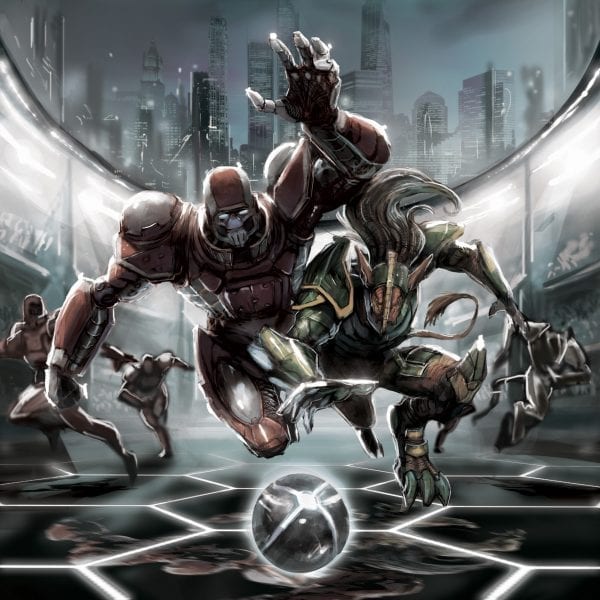 This piece is very clearly a homage to the first DreadBall cover, with the same intense battle over the ball taking centre focus. This time out you’ve got one of the Sports Robots taking on an Yndij, with players running back to help support either player.

It was important to me that the background was open air – it’s a stadium not a warehouse after all. 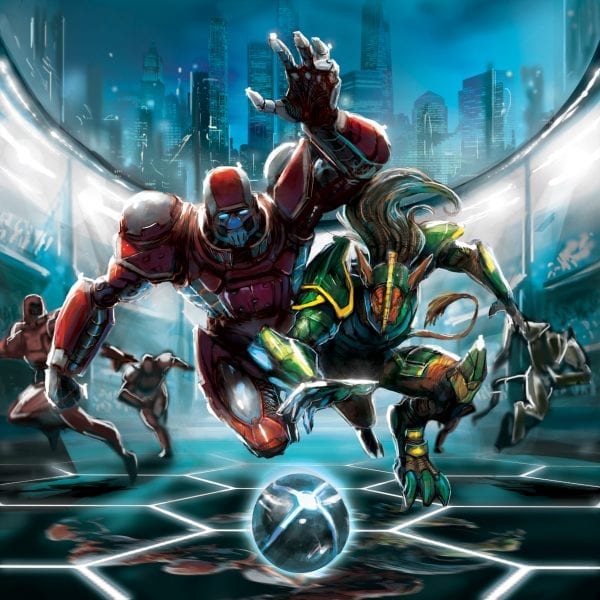 The Yndij hasn’t been detailed up too much as the armour design of the player was still being conceived at the time. As we detail up the piece and finish the colouring stage, the Yndij will be reworked to incorporate the new armour and helmet design.

Yndij Team
From what I read there was a lot of love for an Yndij team. Quick, agile and a cool Mantic alien design meant they looked at home on the pitches of the far future. 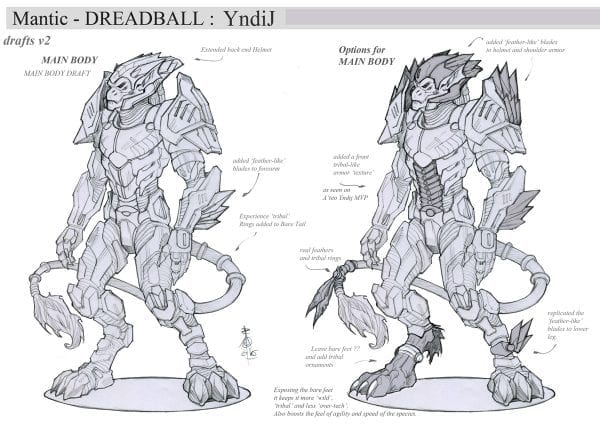 We developed the concept further taking into account some of the community feedback. There’s more skin on show – the tail is now unarmoured and the face is on show. So too did we integrate some of the tribal elements from A’teo’s design and armour. The centre piece of the armour is lifted straight from the MVP’s armour and the feathered helmet and winglets on the shoulder pads are also a nod. There are some tribal rings and a feather on the tail, whilst the bare feet help emphasis movement and agility.

I spoke originally about the Yndij as being quite dynamic and the helmet design is actually influenced by cycling helmets, with that long crest.

We’ll be going with Option 2.

The robot concept work has continued as well – Roberto has worked up some sample Strikers, Jacks and Guards, as well as a Team Captain and 2 different DreadBall glove designs. 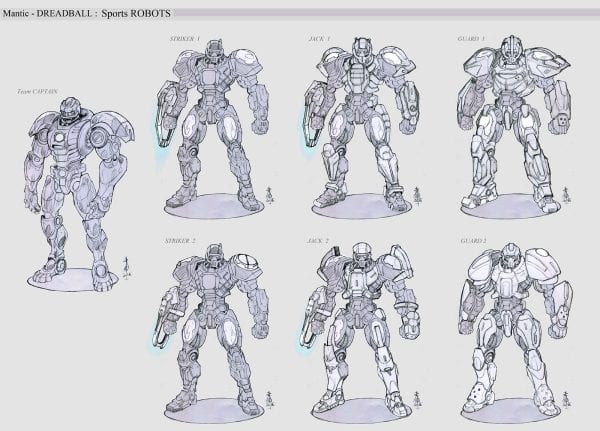 Let us know what you think in the comments and which options you’d choose.

Once again taking on your feedback, there’s been more work on the Sumo Lizards. They’re now less armoured and removed from the samurai armour idea. They look more like sports players than they do warriors. The V wing is a neat little idea and will likely get incorporated to help differentiate Guards from Jacks. 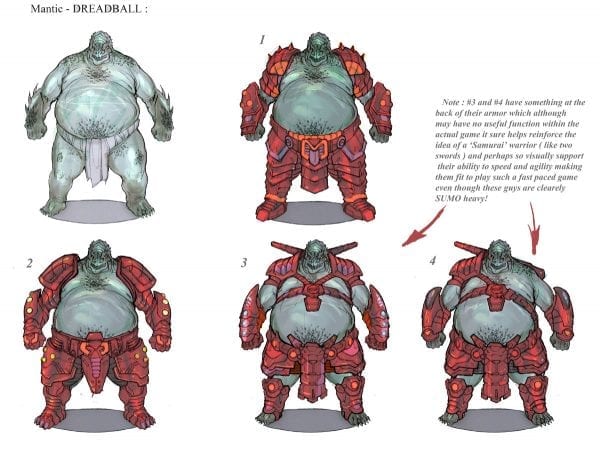 Again, let us know what you think.

With new rules comes a new RefBot – and she’s had an upgrade. She’s a bit beefier now, the old model could snap at the ankles and so we’ve strengthened that area a bit. We also figured that there are a lot of big, bulky players that would probably just rip her apart when angry, so the DGB have given her some extra armour as well. 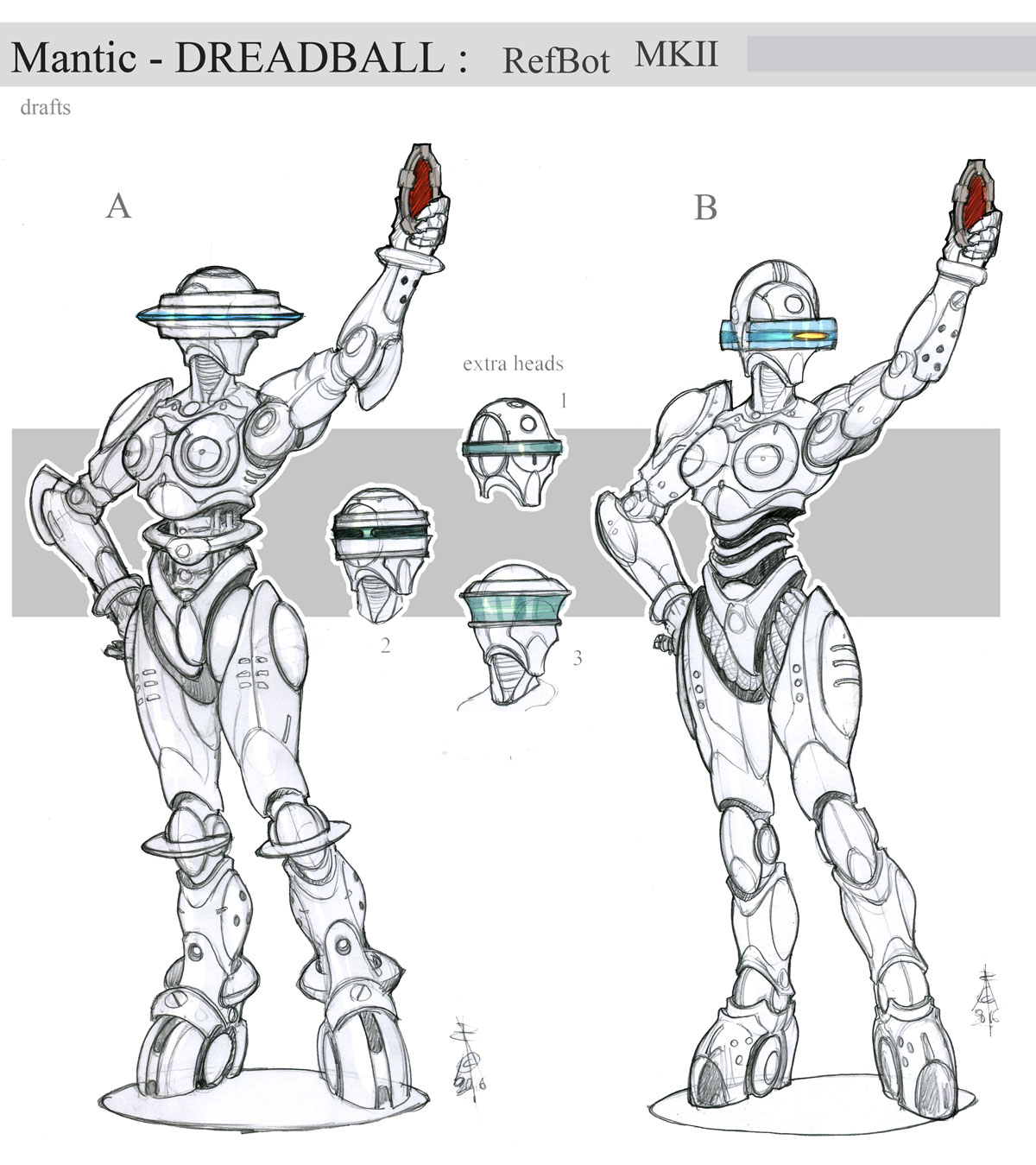 Finally, she’s not just got eyes in the back of her head anymore – she’s got full 360 vision and the sci-fi visor to show it.

The design isn’t quite right yet, the visor and the way it integrates with the head piece still needs work, and I think we’ll incorporate a speak-like grill as a mouthpiece but again you can see the evolution.

Of course, developing a Kickstarter is more than just commissioning art and showing it off. Behind the scenes we’re ‘spec-ing’ an awesome pledge level. It’ll be $100 and will be great value for money. We’ll talk more about the starting contents next week – and of course you know that the more funding we get the more we can give away. 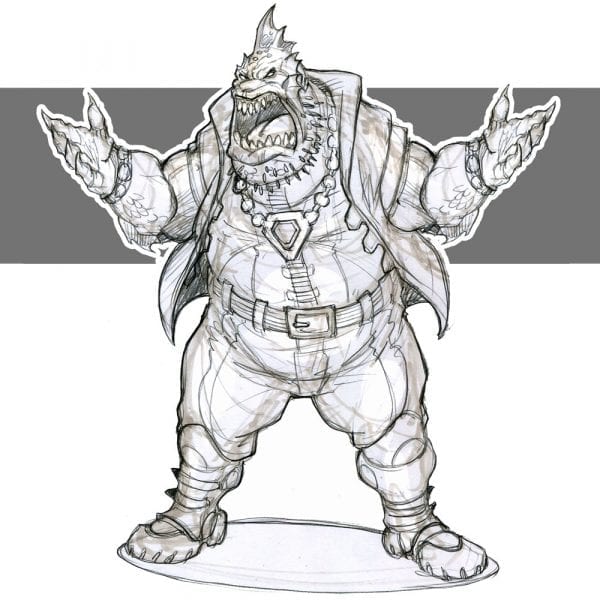 There’s also the video, which we’re working with the folks at Game and a Curry to make. It’s going to be slightly tongue-in-cheek, with over the top commentary, big crowd noises and a nice teaser for the updated game.

And the page itself is coming together nicely.

Finally, the rules. The rules development is going very strongly indeed and the Rules Committee will be putting together a post that shows off what we’re intending to do.

One of the most positive changes is to Jacks, which in the current playtest document can make a full move when throwing and slamming, just like a Striker and Guard. Their usefulness has grown massively as a result.

We’re also spending a lot of time on how we differentiate the teams from each other. D8 isn’t the answer but we’re experimenting with a few options that no doubt we’ll be able to show off soon. Stay tuned!

Let us know what you about DreadBall 2nd Edition in the comments. Will you be backing the new Kickstarter?