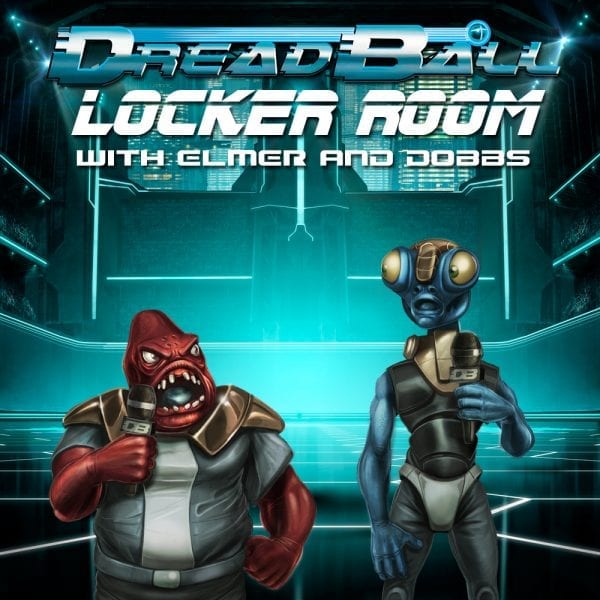 “Welcome to the DreadBall Locker Room folks, we’re your hosts Elmer and Dobbs-“

“I’m stoked to be here Elmer. STOKED! In fact, I haven’t been this excited since the Void Sirens scored that last minute strike against the Greenmoon Smackers in the Zerteck-6 Interplanetary Super Mega League Final. I wet three pairs of pants that day and the stains…”

“Quite… anyway Dobbs, the Locker Room is our chance to introduce any DreadBall newcomers to the galaxy’s greatest sport.”

“Well, let’s not get carried away Dobbs. Anyway, over next few weeks, we’ll be running through the rules, giving you some great tactical plays and introducing the new teams making their debut this season. So without further ado-“

“Pass the sauce Elmer. This Slushydog is a bit dry.”

“So, with further ado, let’s head to the Locker Room!”

In today’s DreadBall Locker Room, we’re starting with the basics. Although we’re just around the corner from launching DreadBall Second Edition, we’re fully aware that some of you poor souls may have never heard of DreadBall. So, this DreadBall Locker Room will cover the background before we head into more depth in the weeks to come.

DreadBall is a two-player sports game set in the futuristic arenas of the Galactic Co-Prosperity Sphere (an organisation a little like the European but with planets and laser rifles, rather than countries and regulations). Each player becomes the coach of a team of up to eight miniatures and must battle it out over the course of 14 rounds (aka Rushes) to score the most goals (aka Strikes). Games last around an hour to 90 minutes. 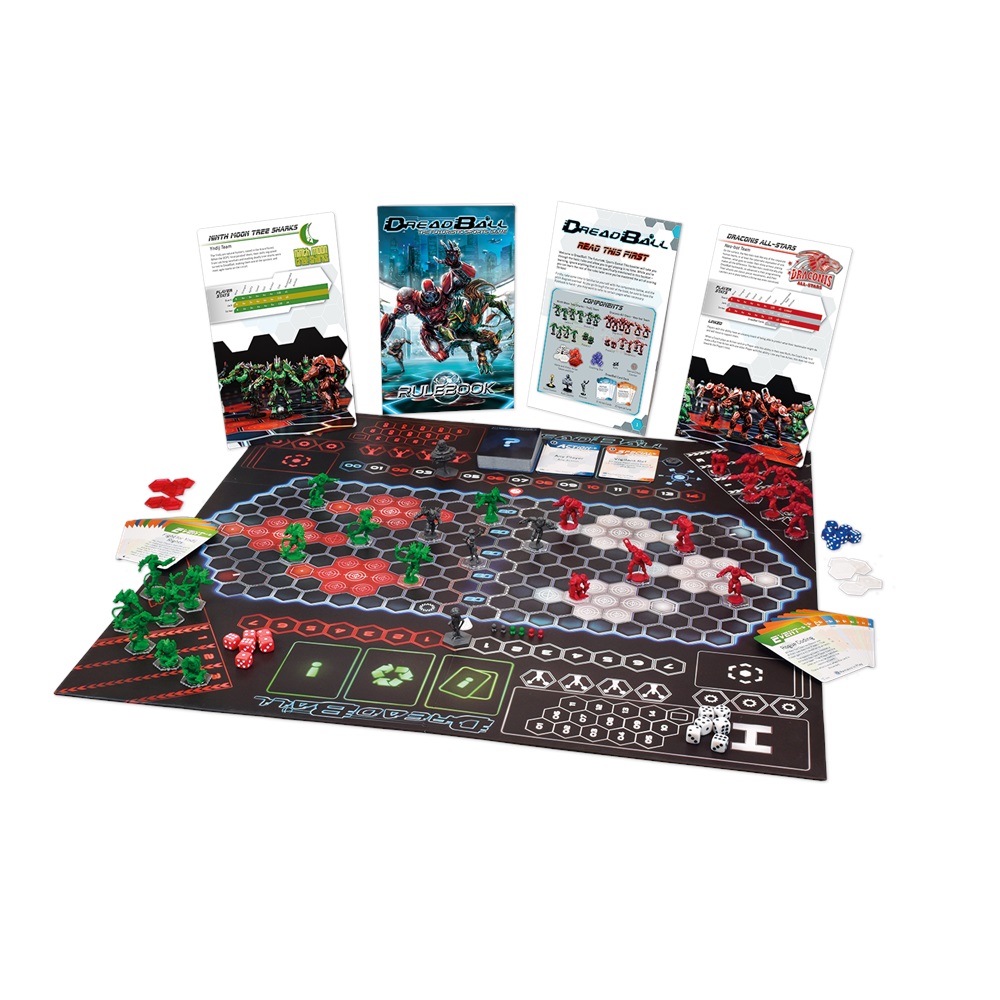 The board itself is split up into hexagons that act as the spaces miniatures can move on, so if your player has a ‘Move’ stat of 6, it means they can move six hexes. The hexes are also important for choosing which way your miniature is facing. This will ensure they’re in the correct position to receive a pass from a teammate or avoid a painful tackle in the rear from an opponent (more on that in a future blog.

Although normally you’ll have six players on the pitch during your turn, you can only perform five actions per Rush. What’s more you can only give each player a maximum of two actions per Rush. This means you’re always going to have some difficult decisions to make because you won’t be able to do everything in one turn… plus a coach’s plays invariably end up going wrong! 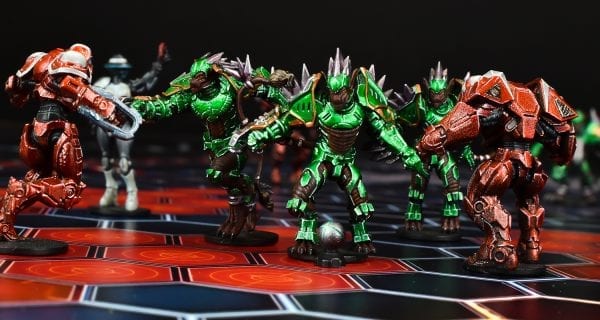 When it comes to scoring, unlike football or basketball (those boring Earth sports that everyone plays) the score doesn’t accumulate. Instead, if you score three points, you move the score tracker (shown towards the bottom of the board) three spaces towards you. However, if the opposing coach scores three points, they move it back towards them. As such there’s a tug of war battle between the coaches as they try to ensure the score tracker is in their half when the final whistle blows. It’s worth noting that if you do manage to move the score tracker to 7, then it’s a landslide and the game ends. Good luck achieving that, though!

As mentioned previously, your squad of players is typically made up of eight individuals (six on the pitch and two on the subs bench) and they all have a different role to play. There are three main types of player in DreadBall:

We’ll cover these roles in more detail in a future edition of the DreadBall Locker Room. So, that’s it for the basics today. We’ll be back soon when we’ll be explaining more about Slamming and Scoring!