“Ooh boy! I’ve been excited about this one for a while Elmer because it’s one of my favourite things about DreadBall: fouls!”

“Obviously we can’t condone any kind of unsporting behaviour Dobbs.”

“Absolutely not Elmer but you can’t help get excited when you see a Teraton Guard run round the back of a goblin, smack him in the back of the head and then proceed to stomp him into the pitch while he’s lying on the floor. Oh, and did I mention the Teraton Guard shouldn’t even be on the pitch? Elmer, I’m trembling with excitement just thinking about it.”

“But obviously you’re not condoning it Dobbs.”

“Condone it? I positively insist the players foul!”

Although DreadBall is all about fast-paced play as the ball zips up and down the pitch, while the Guards block any potential tackles. Sometimes, you’ve got to get a little dirty… and that’s where fouls come into play. Even though fouls are theoretically banned from the game, sometimes they’ll help to give you the edge you need. Let’s take a look at the types of foul available to a coach.

Slamming opposing players in the rear arc isn’t a problem in DreadBall. However, if you start in the front arc of a player and then use an action to run round to their rear for a Slam, that would be a Sucker Punch foul. Naughty DreadBall player! If the slamming player doubles, then the coach makes a fan check.

Sometimes the sight of a rival player rolling round on the neodurium pitch is far too tempting and you can’t help but stick the boot in. A Stomp foul is a Slam made against an opponent that’s laid prone. A Prone player can only dodge, so Stomping them is a great way to take out some of those tougher Guards with poor Agility. As a side note, you can now make a full run before performing a Stomp, which will give you an extra dice. If the slamming player doubles, then the coach makes a fan check.

Desperate times call for desperate measures! If you’re out of options and just have to take out an opponent, well perhaps the ball can be used as a weapon. A Dodgeball foul is a Throw action but instead of being aimed at a fellow teammate or the Strike hex, it’s aimed at an opponent. The player committing the foul rolls for a normal throw, while the defending player must dodge. The throwing player then compares their successes against the number of successes rolled by the dodging player. If the throw wins, the loser is pushed backwards. If the throw doubles, the loser is pushed backwards, knocked down and must make an armour check. What’s more the throwing coach will get a fan check. A Dodgeball foul is such a desperate action because it immediately ends the rush of the throwing player.

A brand new foul for Second Edition! Slams, nudges and trips are all fair game, but physically holding on to a player while they’re trying to evade is called a Restrain foul. The evading player suffers a -1 modifier to their evade roll. If they fail the evade roll, they fall over in the hex they were moving from, rather than the hex they were moving to. If the evading player falls over, the restraining coach makes a fan check. 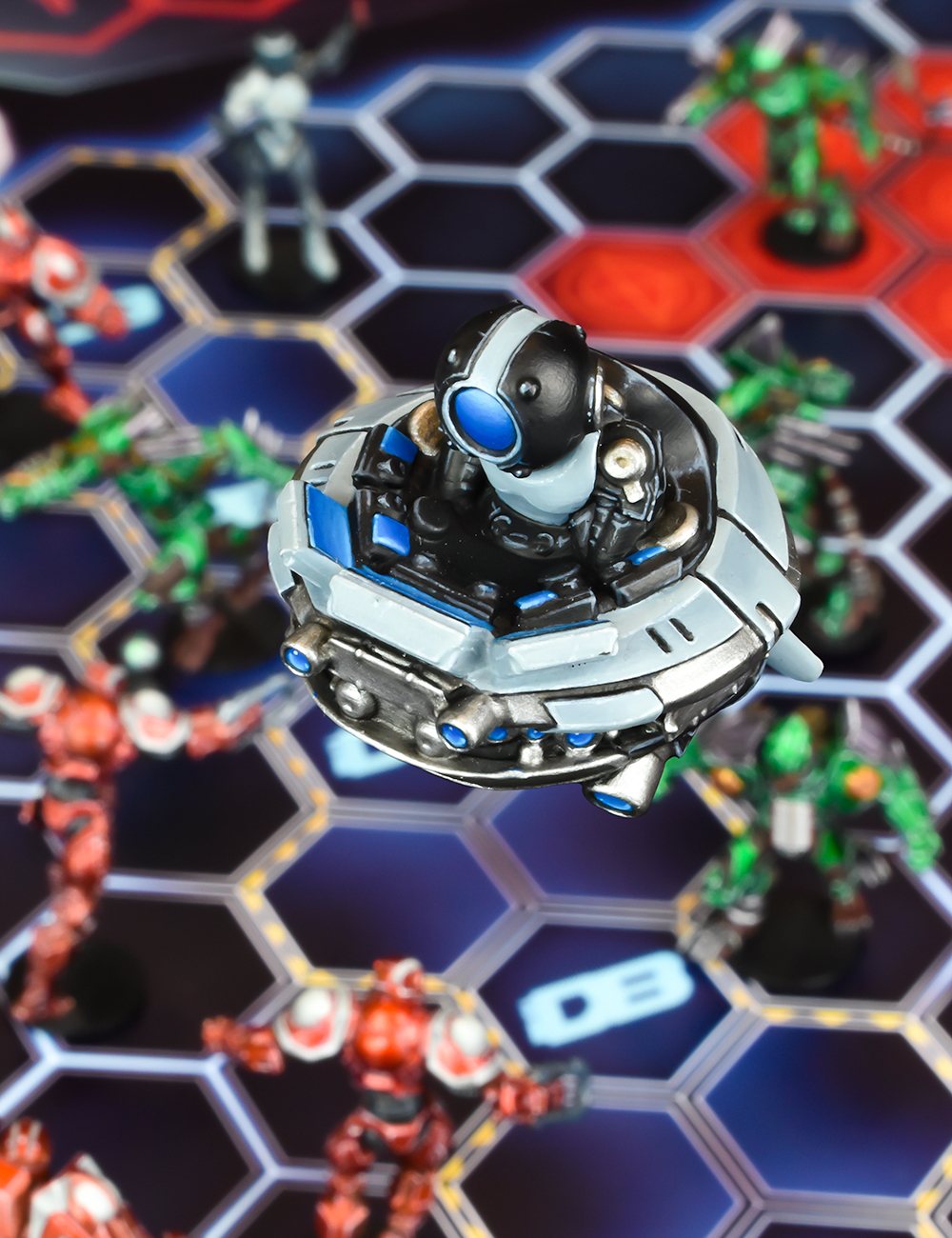 If you block the entrance/exit of a team’s sub’s bench (which would stop new players coming on to the pitch) this is considered to be a Stall foul.

In Second Edition there are some changes to the way that fouls are spotted. The Eye in the Sky is now gone and only the Refbot can spot a foul. It is up to the coach that is being fouled to call the unsporting behaviour. There is nothing in the rules to say a fouling coach must draw attention to what they’re doing. If you can get away with a foul, then go for it!

Once the foul has been spotted, the victim will roll on behalf of the Refbot. A Spot Foul test is a three dice 4+ test. However, if the Refbot is standing within seven hexes of the fouling player, you’ll get a bonus dice. In response the fouling coach can choose to do nothing or they can Distract the Ref. This is a new move for DreadBall Second Edition. This move is to represent the other players crowding round the Refbot to attempt to persuade her of the ‘mistake’. Distract rolls are made on a number of dice equal to the number of unengaged, standing players within seven hexes of the Refbot. This is also a 4+ test. If the Distract wins, the foul isn’t spotted. However, it’s not without risk because if the player rolling for the Refbot scores double the number of successes, then not only is the fouling player sent off but one of the distracting players can be sent off too.

You may have also noticed that fouls now generate fan checks, another subtle change for DreadBall Second Edition that should hopefully encourage some dirty play. Not that we can possibly condone it, of course…