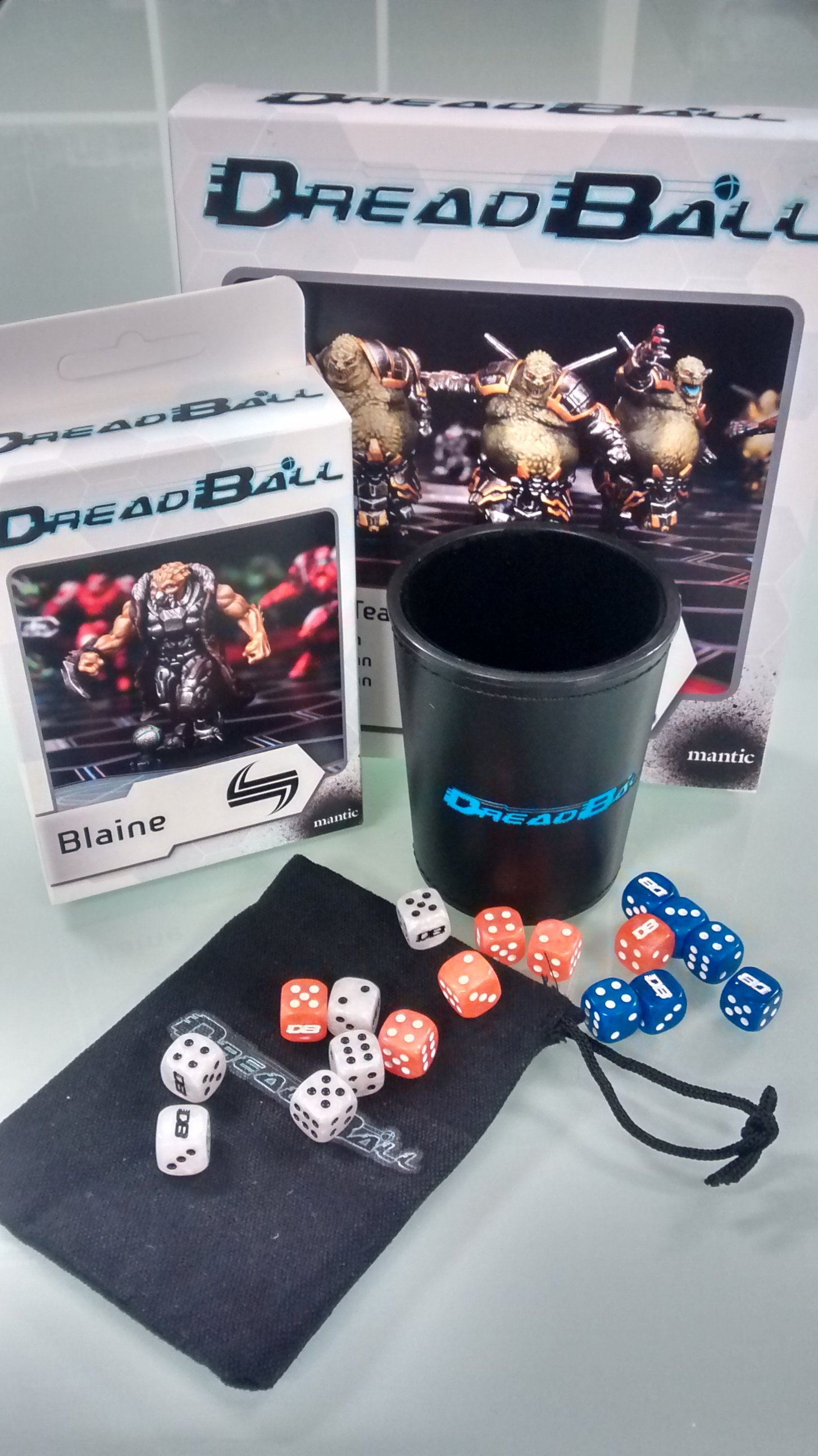 However, that’s not the only DreadBall action we’ve got taking place this week. We’ve just put up four fresh teams for pre-order on the website. These re-packaged teams now come with all the players required, prone markers, team stat card, Captain and the optional Captain Cards. So, let’s take a closer look at these teams and what they offer on the pitch. In our previous edition, we cover the Bremlin Nebulas and Glambek Ghosts, which you can read here.

First up, we’ve got the Sulentic Shards – Crystallan Team. On paper they look pretty average, with only their 3+ strength standing out as a potential strong point (no pun intended). What’s more, you’ve only got Guards and Jacks in the team, so they’re not necessarily going to be lighting up the pitch with incredible passing games. However, like so many teams in DreadBall, it’s their special team ability that really gets the juices flowing.

Harmonics represents the fact that when the Crystallans are close together, their natural resonance helps to improve their abilities. ‘Before a Player takes any action, count the number of other Players with this ability with 3 hexes. For each one, gain a Coaching Dice (to a maximum of 3).’ The Coaching Dice must be used during the action but just think how powerful that could be. A Guard next to three players could potentially be rolling 8 dice on a Slam! Oh, and remember they have strength of 3+. Yes please Mr. Crystallan.

So, although we previously highlighted the fact their are no Strikers in the team, that isn’t such a problem with Harmonics. If you position yourself correctly you can use Harmonics to give yourself extra dice. If you want to play harmoniously, the Sulentic Shards can be pre-ordered here. 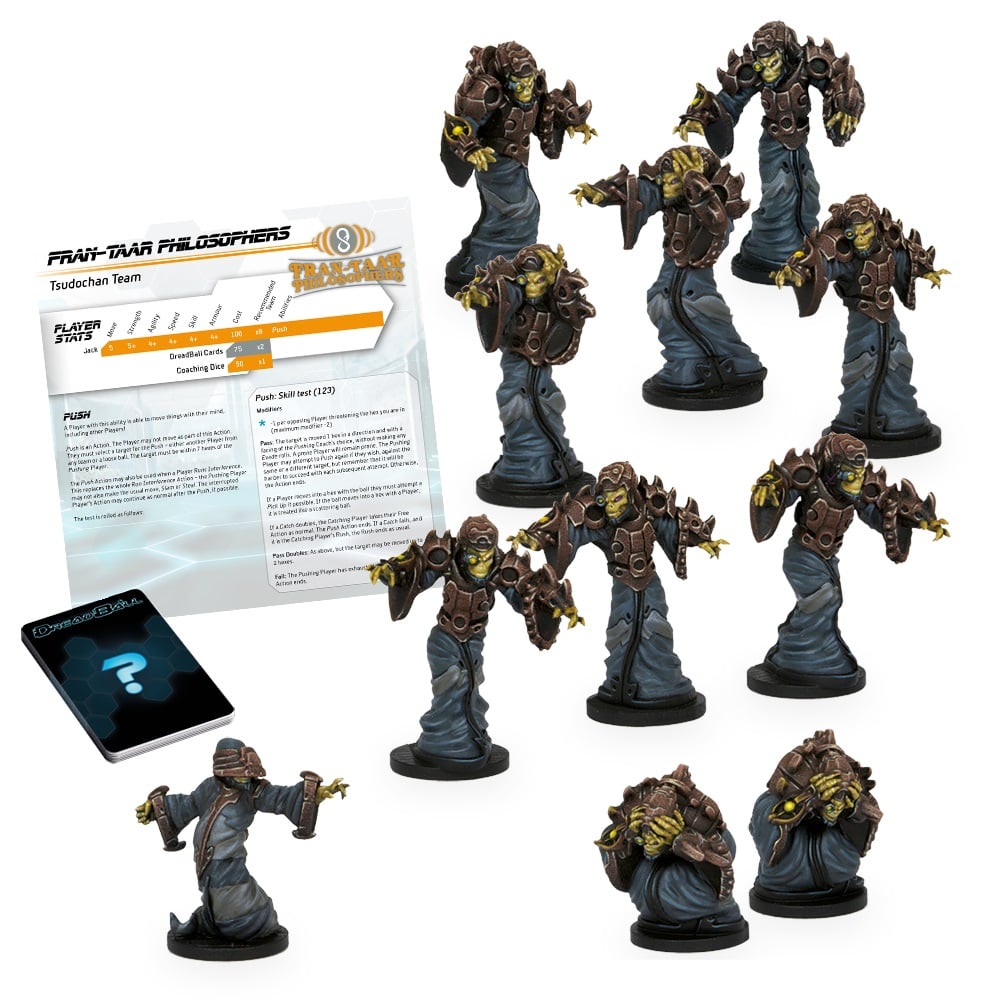 You wouldn’t think a group of religious monks would make a great DreadBall team but you (imaginary argumentative blog reader) would be WRONG! The Fran-Taar Philosophers only have Jacks available, so you’re not going to be gracefully hurling balls down the pitch and plucking them out the sky with your Striker. What’s more, their stats are the very definition of average with 4+ almost across the board. However, their secret lies in their special ability: Push!

A Player with this ability is able to move things with their mind! That’s right you can move your own players, your opponents and even the ball with just the power of a Tsudochan’s mind. There’s a standard 3 dice test for Push and you can use the ability on a target up to seven hexes away (you don’t even have to be facing them). If you pass you can move a player one hex and face them in any direction you want. If you double the test, you can push the player two hexes and face them in a direction. You can perform the Push up to three times (potentially moving someone six hexes) but it becomes increasingly difficult so you need 1, 2 or 3 successes.

Why is Push so powerful? Well, there are a few reasons:

Well, hope you enjoyed our latest DreadBall blog. Make sure you tune in on Saturday, July 8th because we’ll be live streaming games from the DreadBall National Championships. They’ll be hosted on our Facebook page… so we’ll see you there.