For the first time since its creation, the Abyss grows wider. It seeks to devour the world and curse all with its corruption. The forces of Good rally under the Green Lady’s banner. Even the Ogres and Varangur haven taken up arms to protect the world. Meanwhile, the forces of Evil muster in the dark halls, the Abyssal Dwarfs strike at their southern kin, Abyssals and Orcs wage destructive wars, and a darker, unspoken evil bears down on the minds of the Elves, trying to find a way into the world. Mantica itself trembles as war begins. You must answer the call. Will you defend its people or revel in its destruction? 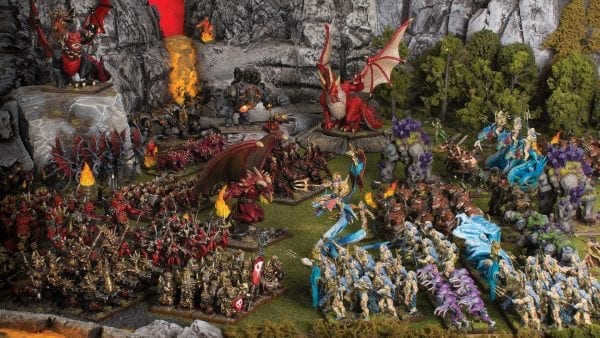 Join the Campaign and Decide the Fate of Mantica

The Edge of the Abyss, a global, online campaign in which you, the players, will decide the fate of Mantica has now officially launched. This is the day you have been modelling and painting for. Gather up your army and fight for or against the spreading Abyss! You can find the Edge of the Abyss campaign site here https://edgeoftheabyss.warconsole.com/

As well as taking part in the online campaign, you can also purchase the Edge of the Abyss Campaign supplement, which details the events up to the spreading abyss and the scenarios involved, with bonus heroes and formations to deploy. Fight in these scenarios and upload your battle reports to have your results count towards the future of Mantica. Visit your faction’s page to work together in focusing your efforts on key fronts. 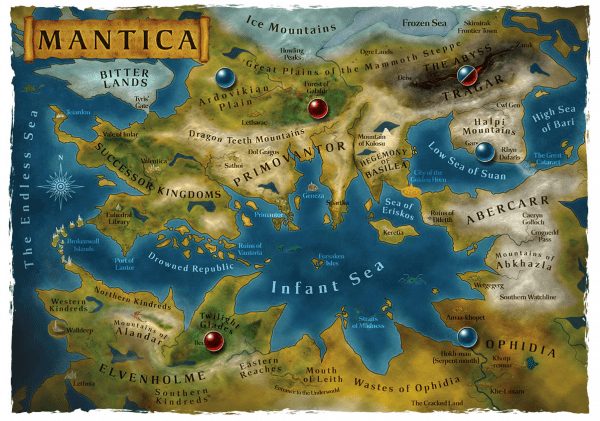 The campaign opened August 21st, but the mages have now ensured the network of scrying pools and magical mirrors are working properly. The campaign will run until September 30th, at which point the battle reports already submitted will shape the future narrative of the game. The more battles you fight, the greater your personal effect on the future of Kings of War. You can see the previous battle results on the temporary Edge of the Abyss site we put together, while waiting for the Beasts of War hub to be completed.

Involve Your Club or Store

Register your stores, clubs, and your membership to them and gain access to a private forum for your community to discuss plans and arrange games through. If you’re lucky, your store or club may even win special prizes for its players!