Although the Edge of the Abyss summer campaign may seem like a long way off, now is actually the time to start planning your army. Will you go for an evil army and attempt to rip Mantica apart or will you defend it from destruction? Yesterday, we looked briefly at the background of the summer campaign and talked about the new characters that will be introduced. Today, we wanted to look a little more at the rules of the summer campaign.

Firstly, it’s important to note that the rules/special abilities in the Edge of the Abyss are designed to be used in summer campaign games. They’re not tournament legal (unless the TO wants to include some of the characters/rules) and they do not replace any existing Kings of War rules.

In fact, they’re entirely optional! If you want to play a standard game of Kings of War during the summer campaign, then go ahead. But if you fancy trying some more ‘thematic’ rules, then this is the place to take them for a test drive. The Kings of War Rules Committee spent several months designing and tweaking them, after being inspired by the background stories of each character.

The most important thing is that we want people to have fun when playing in the summer campaign. We want people to remember key battles when they snatched a victory for good at the last minute or their hero survived a desperate clash against an opponent. So, please bear that in mind when we talk about some of the new units/rules below! 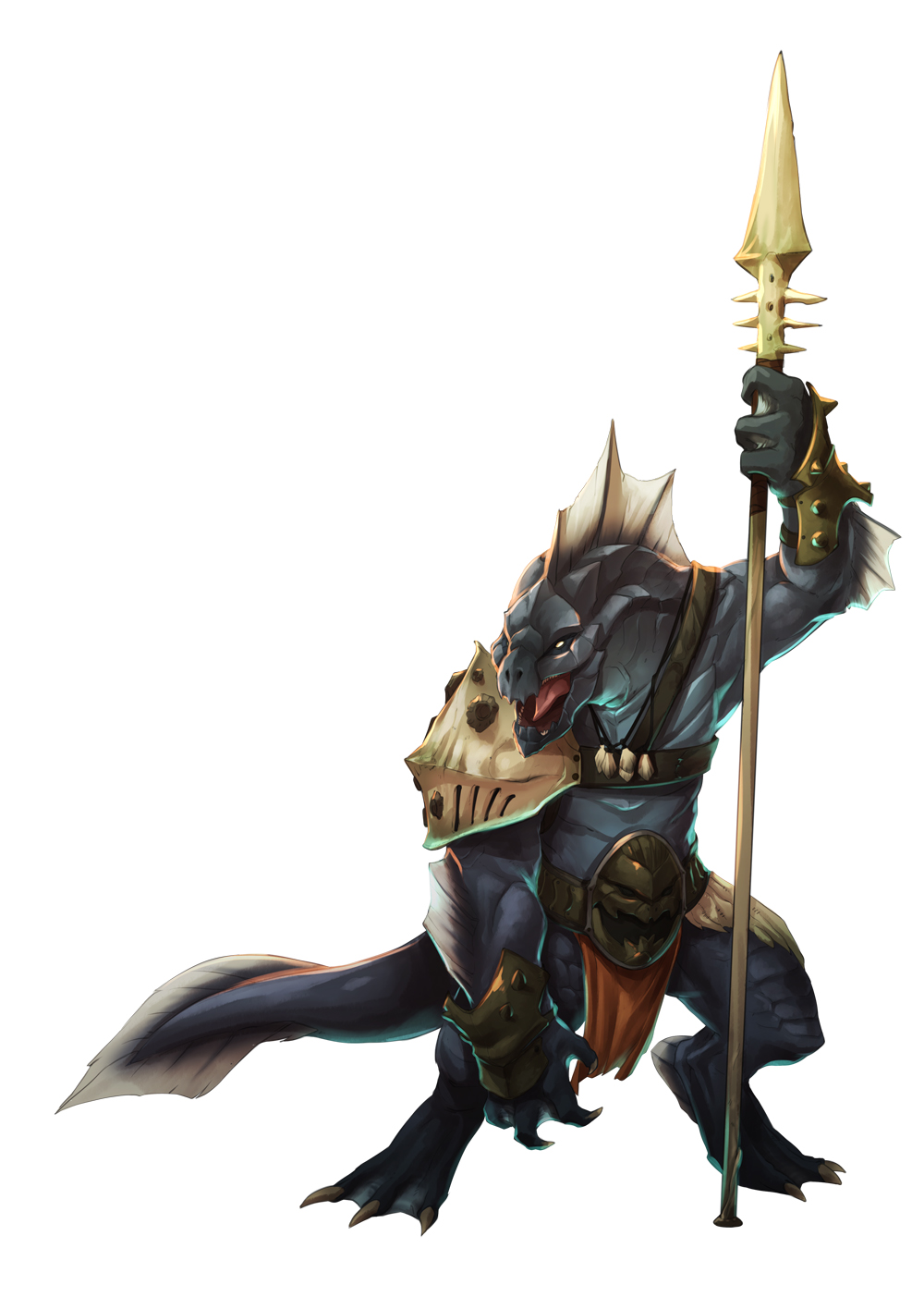 Eckter is the new Placoderm Defender hero. His armour is exceptionally thick, making him a tough opponent.

The Edge of the Abyss campaign is an epic campaign in which the armies of Mantica march to war. Huge hosts of infantry, cavalry and war machines shake the earth itself as they head into battle. So, we wanted to encourage players to create these large forces featuring a variety of units, which will also look fantastic on the tabletop. As a result the idea of formations was created!

So, what is a formation? Well, it’s a particular combination of units that work together and, as a result, receive a bonus if you take them in the specified formation. Here’s an example of a Dwarf formation:

Each unit in this formation is granted the Iron Resolve special rule.

As you can see there’s a points cost for taking this particular formation, but any unit in this formation gains the Iron Resolve special rule. What’s more, for a newcomer to Kings of War who wants to take part in the summer campaign, these formations are a great foundation on which to build an army.

Judging by a few of the comments on the Kings of War Fanatics Facebook Group, it seems that some people are concerned about the idea of formations. However, please remember that they are optional. You can chat with your opponent before a game to decide if you’ll be using them or decide at your local club if you’ll be including formations in your campaign games. We want to encourage as many people to take part as possible and if formations encourage someone to take part, then that’s fantastic! 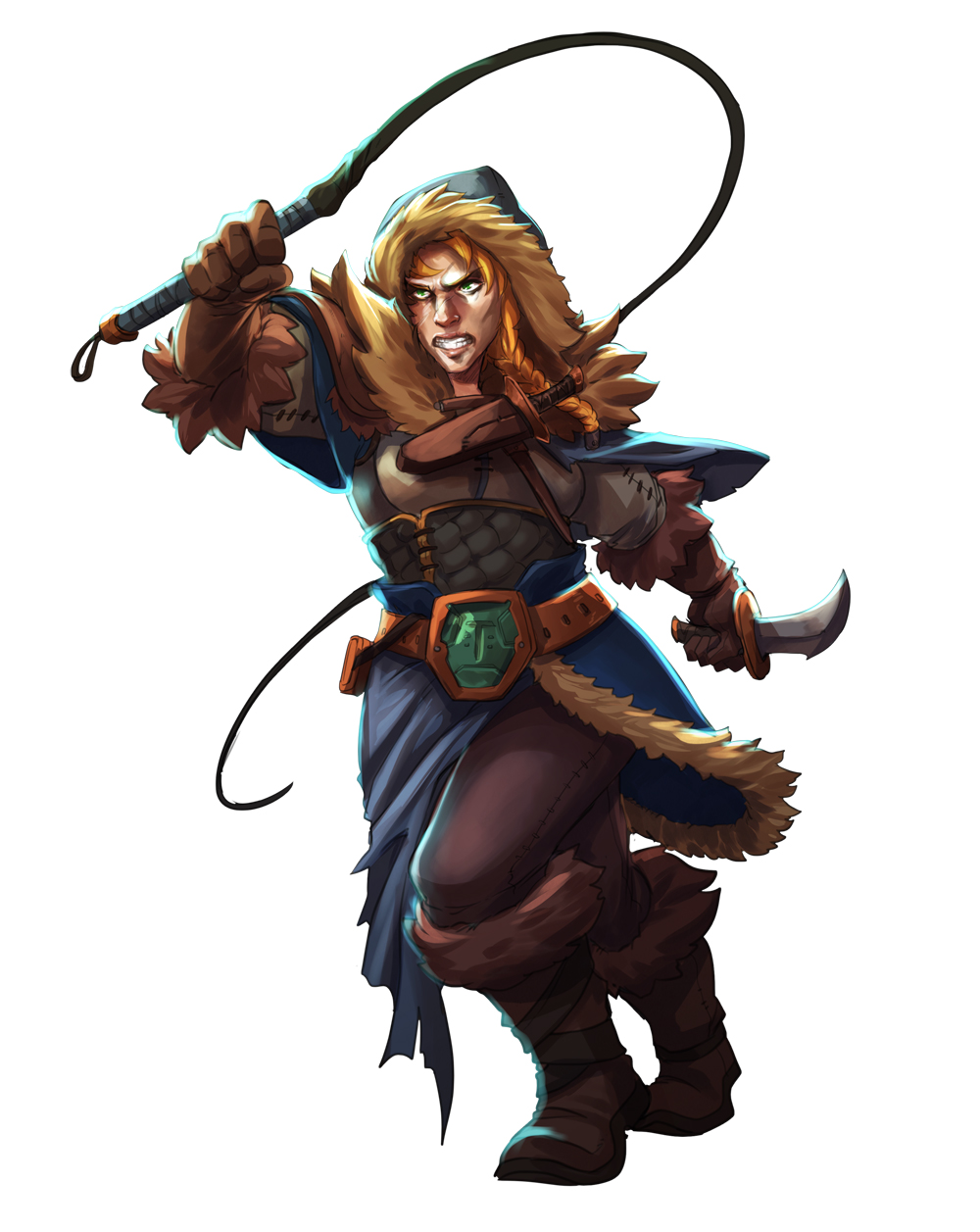 Magnilde is the Varangur Hero that will play a part in the summer campaign and a new Dungeon Saga adventure.

Yesterday we spoke about the stories behind the characters but they’ll also have unique rules too. Again, because the summer campaign isn’t designed to be a tournament set of rules, it’s given the Rules Committee the opportunity to experiment with some new special rules or tweak stat lines to represent the special abilities of heroes.

For example, here’s the Forces of Nature hero: Flaxhoof.

You may notice he’s very different to the standard Centaur Chieftain. Also, anyone that has played Kings of War Historical will notice that the special ability ‘For Land and Lady’ is actually the same rule as William Wallace’s Freedom! ability. Again, the summer campaign presented the Rules Committee with the opportunity to bring in some rules from Kings of War Historical, which is a really nice crossover.

Alongside the new heroes and formations, Edge of the Abyss introduces new units that are linked, in some way, to the hero. For example, the new hero for the Orcs has an enchanted banner that acts as a rallying call to fellow greenskins, so more and more warriors flock towards it. This has resulted in the first ever Legion for the Orcs!

We’re sure you’ll agree, the prospect of facing a Legion of Orcs is enough to send chills through even the most hardened general. There are new heroes and units for 14 of the Kings of War armies. Who knows if they’ll survive for future campaigns?!

Well, we hope you’ve enjoyed another sneak peek at what’s coming up in the Edge of the Abyss summer campaign. If you’re inspired by the prospect of taking part, then make sure you check out the armies available in your local store or on the Mantic Website. Plus, and keep this to yourself, if you use the code COUNTERCHARGE10 you’ll get 10% off a Kings of War Army or Mega Army.