July 30, 2017. There was a battle that decided a fate of a world. In the Third Sphere, on the world of Triton, the Containment Protocol was lifted and the battle ensued. This is the retelling of the “Conquest of Triton”. 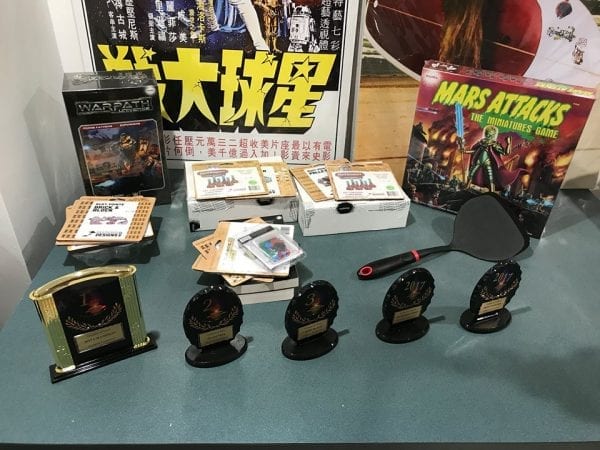 The Conquest of Triton was a 200-point Deadzone tournament, held at Final Fortress Games and Comics, in Queens New York. It was a 4-round tournament. Players brought 200 total points of models. There were 2 book missions Patrol and Search and Destroy, and 2 custom missions Artifact Retrieval and Thinning the ranks. 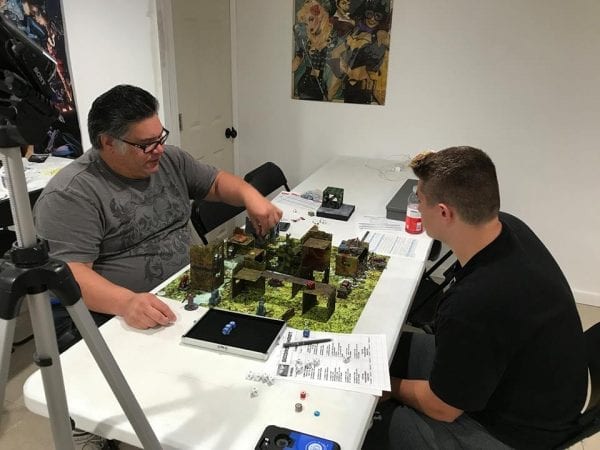 Round 1: Patrol. This was a swiss pairing tournament, so your first opponent was decided by a random dice roll. Players were off and on the Patrol mission.   When the smoke cleared, there was a 3-way tie for first. The GCPS, Forgefathers and Asterians coming in with perfect scores. The tie breaker was who scored the most in game victory points.

Round 2: Artifact Retrieval: This custom mission was a take on the Scour Mission. I like the aspect of the Scour, that factions will venture into a Deadzone and grab items and bring them back to their basses or ships. I never liked the fact that you had to run off the board and essentially took the model out of the game. The change came when models could pick up an Artifact (Free action) and run to a corner of the deployment zone to drop off the Artifact (Also a free action). Players received 1 point for this and could get back into the action! Also, if you killed a model carrying an artifact, you received 1 extra VP!There were hard fought battles but in the end, it was GCPS, Asterians, Plague and Enforcers taking top marks.

Round 3: Thinning the ranks: You want blood? You got it. This was a mission that had a clear objective. Kill all specialists, and receive double the victory points. If you brought a Specialist heavy faction, you better grab some cover! Asterians, Plague, Enforcers and Veer-Myn (YES VEER-MYN) winning the day! 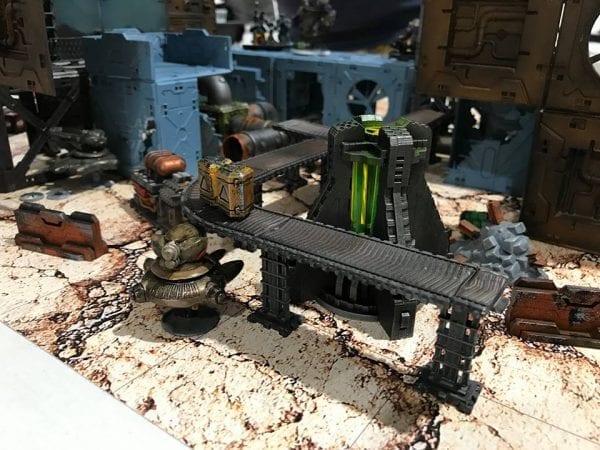 Round 4: Search and Destroy. The last mission was a standard from the MRB, and players that were behind needed to get going and score as many Tournament points that they could. Many of the players were eyeing the great prizes and trophies that were up for grabs.

The players were all great sports and there was a prominent level of Deadzone being played that day. 7 of the players have been playing Deadzone for over 4 years. Also, the new guy Rob, was given a quick demo that day and asked questions while playing. All his opponents were more than willing to help him learn and be successful. Now, that’s what a great community looks like. Rob said that the rules were so easy to understand and very instinctual. He loved the fact that he could remember the core rules and focus on the tactical nature of the game. Rob was able to grab 2 wins at the tournament!!! How’s that for easy rules!!! 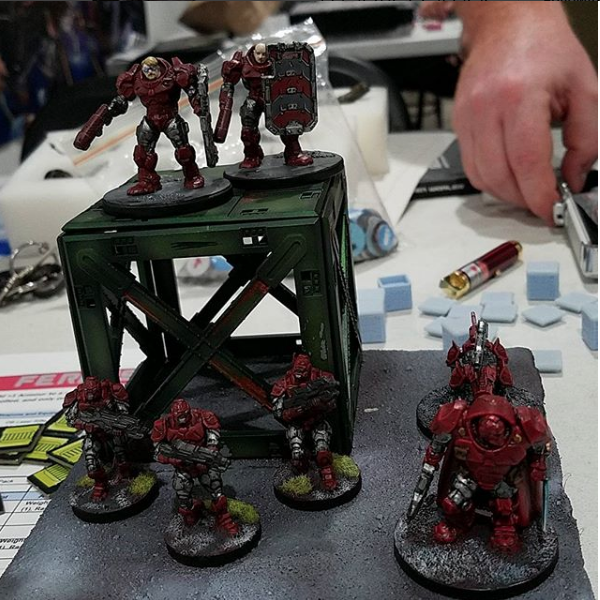 I should take a moment to thank all our sponsors. Who without them I could not have given all the wonderful prizes. Austin from DeathRayDesighns donated terrain and some awesome products. Austin was the first to call me and said” Hey Coach, I would love to support you event”. A real class guy!

Mats By Mars gave us the awesome mats that were used on every table.  I must say that the terrain looked completely different on these mats.  They are all works of art and players who finished 1-5 took home one of these awesome mats.

Mantic Games came through with awesome prizes.  From operation Heracles, to aForge Father tank and Interceptor. Books and a Mars Attacks Board game.  This went to last place, because maybe you should try another game.

All players received great door prizes.  Mantic donated an exclusive Pathfinder model that is not sold. Also, players went home with DeathRayDesigns terrain.  All this for showing up!!! Not too shabby! The winners were given these prizes and so did best sportsman and best painted, also receiving trophies for their accomplishments.

I thought that the day went great and very smooth.  As the T.O, I had a few questions about a rule or Line of Sight, but nothing major.  Everyone played the games and had a wonderful time.  I think that competitive Deadzone will help propagate this great game and help show the world what we already know. That Deadzone, is a great game and we have the best community in the world.  I hope to see you at the next event, and if you have any questions, or need help running an even. Feel free to message me.

A complete list of everyones Strike Force can be found here.