Sunday July 23rd was the glorious return of the North American DreadBall Circuit’s Eastern Conference – The DC*DC.  Held at Victory Comics in Falls Church Virginia, the third annual ‘District of Columbia DreadBall Cup’ was distinct from previous iterations.  Resting between first and second editions of the greatest sporting spectacle in the galaxy, the DC*DC was structured under a unique format – ‘Zero to Hero.’ 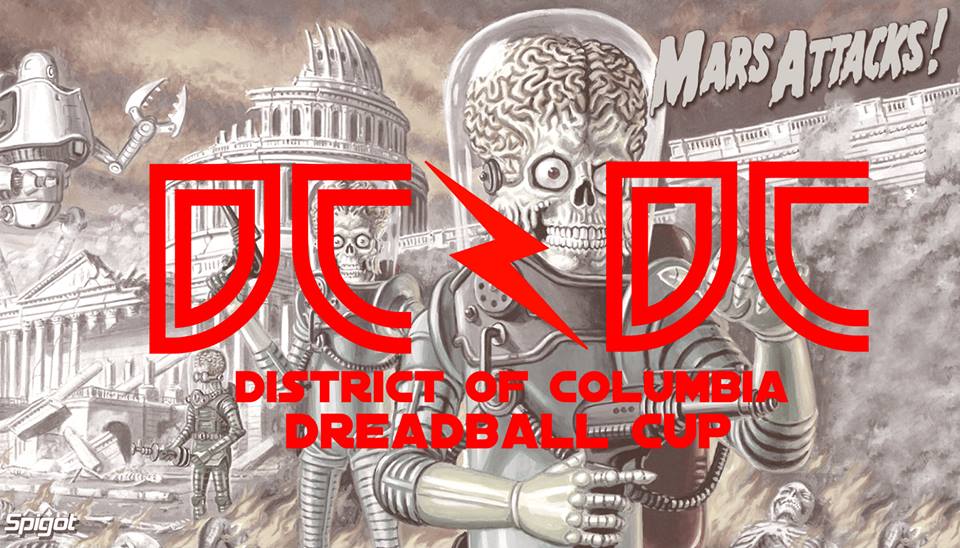 Coaches were given the following directive:

While the DreadBall Governing Body [DGB] are calibrating new rules and regulations, teams that have consistently under performed are tasked with developing their core attributes during the remainder of the 2017 NADC. Consequently, only the following teams may compete:

Frustrated with the performance of their lineage, specific MVPs have offered their services as part of the 20 mc Coaches may spend on inducements:

The tournament was a blood bath!  Twelve coaches from four states and two countries laid siege to the pitches.  The results were surprising. 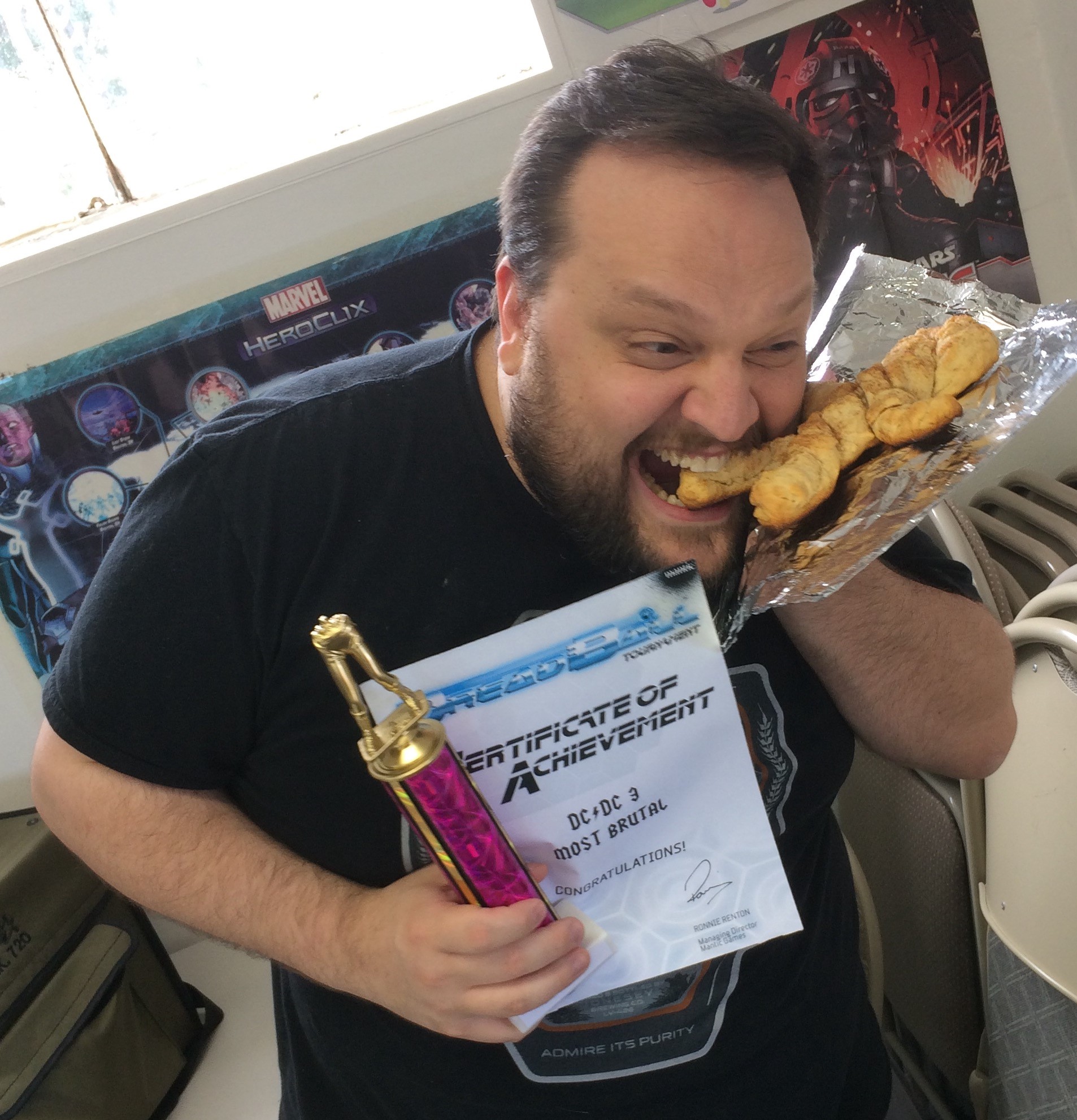 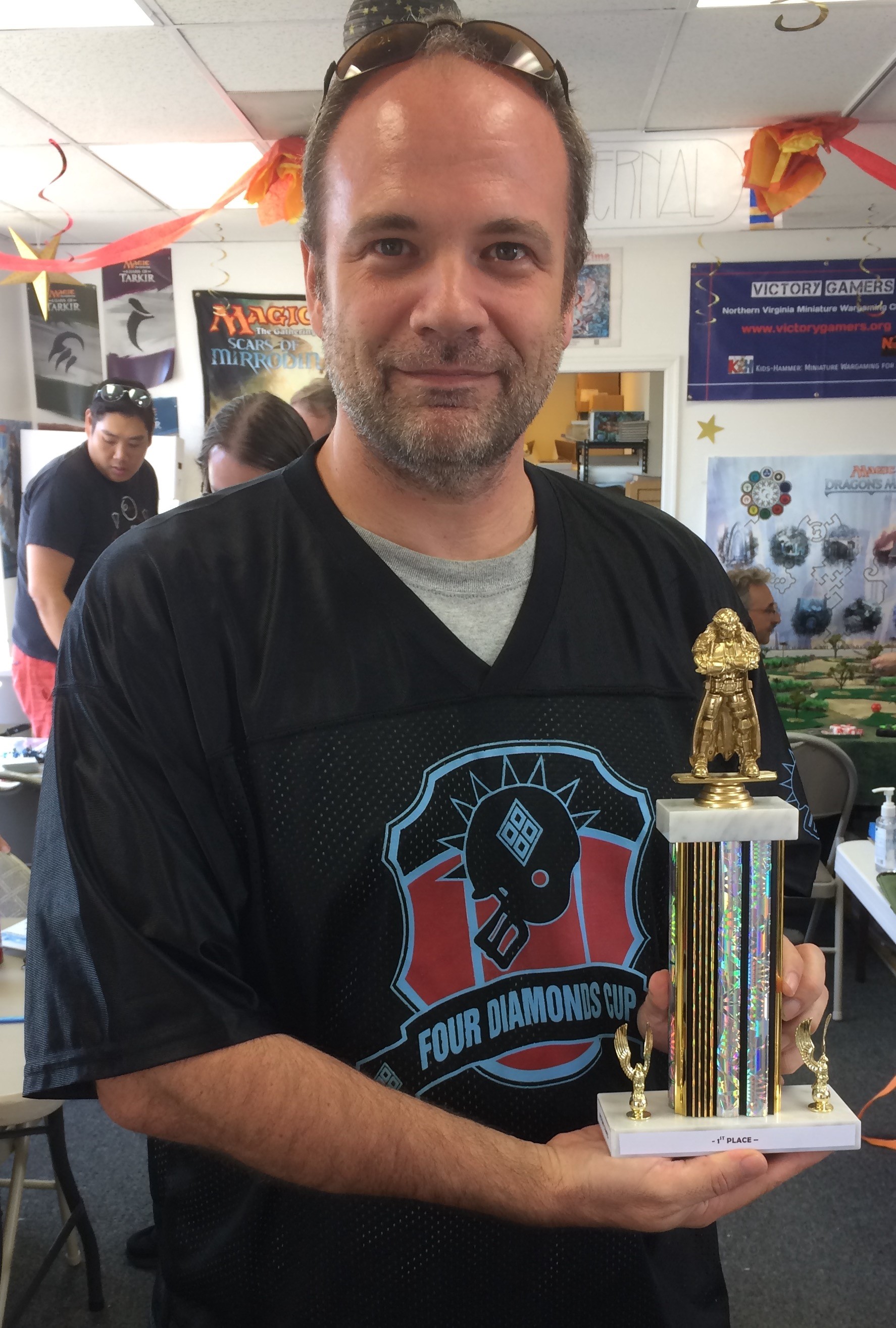 Congratulations to Dean, and good luck to him as he prepares for the NADC Championship at Adepticon 2018.  Many thanks to host Victory Comics, one of the finest shops in the galaxy.  If swinging past their corner of the universe, please visit.  586 S Washington Street, Falls Church, Virginia 22046.  http://www.victorycomics.com/

For those readers unfamiliar with the origin of the DC*DC, here’s a bit of history:

The Supreme Regent has been impressed with the Red Planets’ DreadBall record.  Even though the small force has shifted its priorities from galactic domination to competitive superiority, he still feels a reward is in order.  That a commendation could also serve an ulterior motive is completely coincidental…

Cyber Optic Red Team (CORT), an elite segment of the Martian Science Division, has been deployed to the Red Planets’ Saucer by the Supreme Regent’s orders.  CORT has been tasked with sponsoring and hosting a DreadBall tournament in the saucer’s hangar. The grand prize? The District of Columbia DreadBall Cup.

Participating DreadBall teams agreed to compete in such an unorthodox setting partly from curiosity, and partly from intimidation.  The pitch is a devastating spectacle: CORT adorns the stadium with holographic images of the glorious burning of the Earth capitol – Washington, D.C. – which occurred in the Earth Year of 1962.

A triumphant moment in Martian conquest, CORT’s violent image projections serve not only as a point of pride, but also psychological advantage.  Quantifying tournament contestants’ recognition of Martian warfare helps Science Division researchers develop new tactics in fear-based attacks.  Armed with a large pool of data of each species’ elite DreadBall warriors, CORT and the Science Division can successfully report its tactical conclusions back to the Supreme Regent.