This week we’re talking about events. Here’s Andy to tell us more…

Mantic Games attends events, such as AdeptiCon, UK Games Expo, Gen Con, and SPIEL. Additionally, we run our own events at our HQ and at external venues, for example the Spring Open Day, and Clash Kings.

Sometimes, like at AdeptiCon, we do both, running tournaments and participation games in synergy with the host event!

So let’s take a look at what’s coming up for us here in the UK. Today I’ll cover the following events which are on sale now: 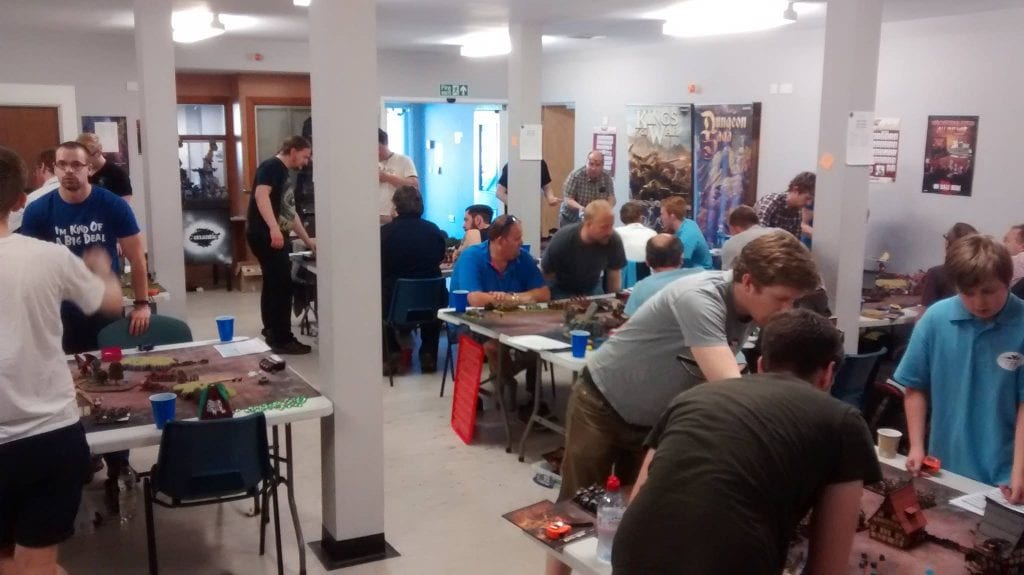 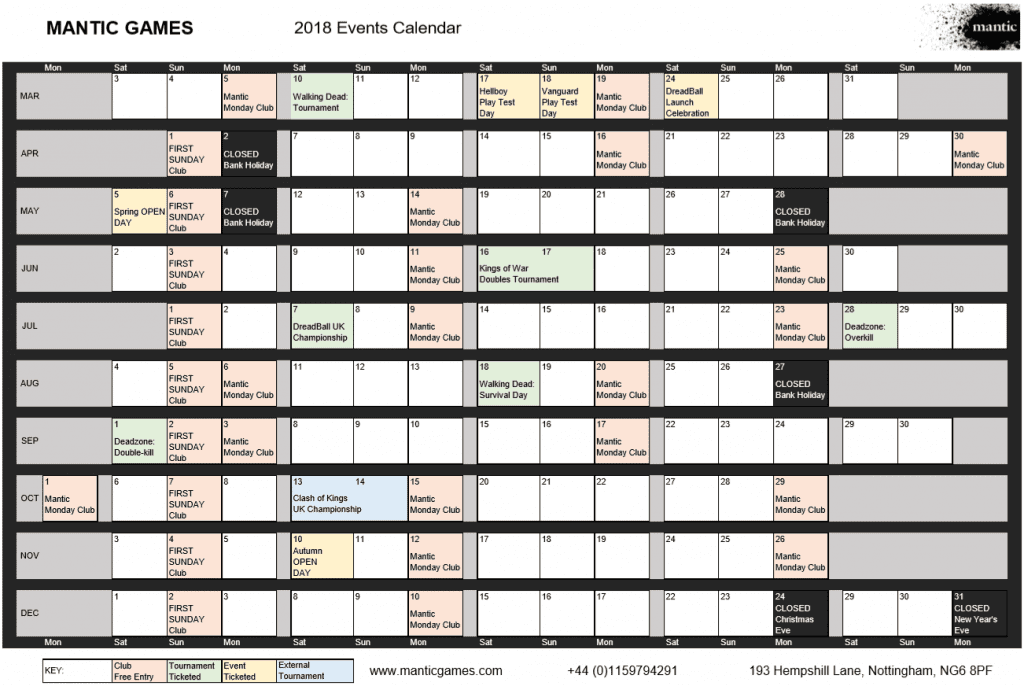 So what’s coming up?

We have created a pdf guide, showing a busy year through to December. And there will be more to come as we’ve held back on announcing certain events until later this year!

Later this week we will be discussing the Spring Open Day and Clubs. Today we will give you a brief insight into some terrific events that are on sale now… 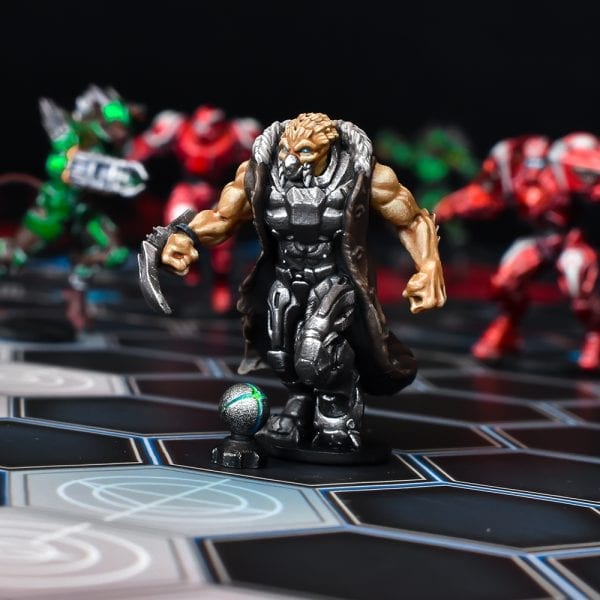 24th March is the end of the DreadBall launch week and you should be able to find the game in stores. (Or pick it up from our web store.)

At Mantic HQ we’re bringing in the DreadBall game developer Stewart Gibbs and game designer James Hewitt (Needy Cat Games) for two hours of seminars and Q&A on the new version of this incredible game. There are also demos, learning games, tactics and painting chat – and open gaming tables too.

With a FREE MVP: Blaine model for every attendee, your £5 ticket looks like terrific value.

After the tremendous success of 2017s event, this epic weekend returns to spread its enjoyment over the weekend of 16th & 17th June.

With you and a friend each bringing a half of the army, Doubles events are tremendous fun and your never short of a memorable game. Tickets are disappearing for this one, so jump in and join us.

What better way to get into a new game than to play four games in a day? Join us on July 7th for the inaugural DreadBall UK Championship. This is one that’ll grow and grow!

While there will be experienced Coaches attending, you are guaranteed to see a good proportion of attendees who are trying something new. This mix allows for a terrific day of learning and laughter. So why not grab a seat in the dugout and encourage your players to hit the neodurium hard – and their opponents harder!

If you’re playing Kings of War, then the weekend of 13th & 14th October is dedicated to you.

Tickets sold have been closing in on 100 for the past couple of years and this year’s event at the premier Element Games Northwest Gaming Centre looks set to hit capacity!

Sign up now for a weekend adventure of gaming and legendary Saturday evening shenanigans.

Oh, and you could win a trip to North American for 2019’s Clash of Kings US Championship!

During this week we will cover Mantic’s presence at AdeptiCon, Mantic Clubs, and the much anticipated Spring Open Day.