So after starting out with a relatively small force, it’s time to go a bit bonkers and build it into an army to dominate the battlefield. Goblins main strength is numbers – you should always have many more troops than your opponent.

The give our force the biggest boost, I’ve started with a Goblin Mega Force, in addition to the Starter Force I used earlier. This is equivalent to two times the starter force and thensome, which’ll give us loads of troops to bulk the army out with. I’m going to bundle all of the Goblin Rabble into a Legion – sixty vicious greeskins. They’ll stand out as a threat and take a lot of punishment to shift, making them an excellent centre to the battleline.

On top of this, we have three regiments of Sharpsticks, and three regiments of Fleabag Riders, a lot of pointy sticks pointing at the foe. The fleabags can be used as a wing of the army in their own right, flanking or hunting down weaker units. The Sharpsticks should be used to counter cavalry – I find that they’re good for covering your own flanks from them. They can also be put on the offensive to fight with the extra attacks provided by their spears. Three Mincers add their own punch to melee fighting, their Thunderous Charge (3) strong enough to go through any foe’s armour on the charge. Their Big Shield rule will allow them to cover your advance, bearing the brunt of most ranged attacks. Finally, I’m adding a bit more punch with a horde of Trolls. They have Regeneration (5+) and hit very hard with Crushing Strength (2).

Three regiments of spitters adds a lot of ranged firepoer to our force – enough to put out a considerable amount of damage per turn. Keep them protected, as they will be the target of enemy flankers. I’ve added a couple of the new Warmachines to this, as well as the Wiz from the Mega Force. Giving him the Inspiring Talisman will allow him to reinforce this portion of the army and I’ve also given him Bane Chant (2) so he can improve his comrade’s firepower, too. Add to this, his Lightning Bolt (3) spell, and our army has an awful lot of shooting.

In order to keep the troops in line, we need to have a few sources of Inspiring amongst the army. A good rule of thumb is to take one per every 500 points. This force is well on it’s way to being 2,000 points, so we would need four. The Wiz makes one, with his magic item granting him Inspiring. The Biggit from our earlier force will be the second, whilst the King and Flaggit from the Mega Force make a total of four. The points that I have left will go towards a barrel of Dwarven Ale for the Rabble Horde, which grants them Headstrong – ensuring that they will be very difficult to rout from battle or lose their nerve.

All in all, this army comprises a mighty 231 models! On the table top it would be goblins from one edge to the other and it is filled with all of the madness in the goblin army list. I’ve generally stuck to the boxsets, as they contain a lot of useful units to use, but there are other units to field form the goblin range, who each add their own benefits to your force. Fleabag Sniffs make excellent skirimishers, whilst War Trombones have devastating short range fire power. Mawbeast packs are quick and deadly in close combat, or you could even go for the legendary Magwa and Jo’os. You aren’t limited to our models, either – why not field a giant or a slasher, or create some Fleabag Chariots? 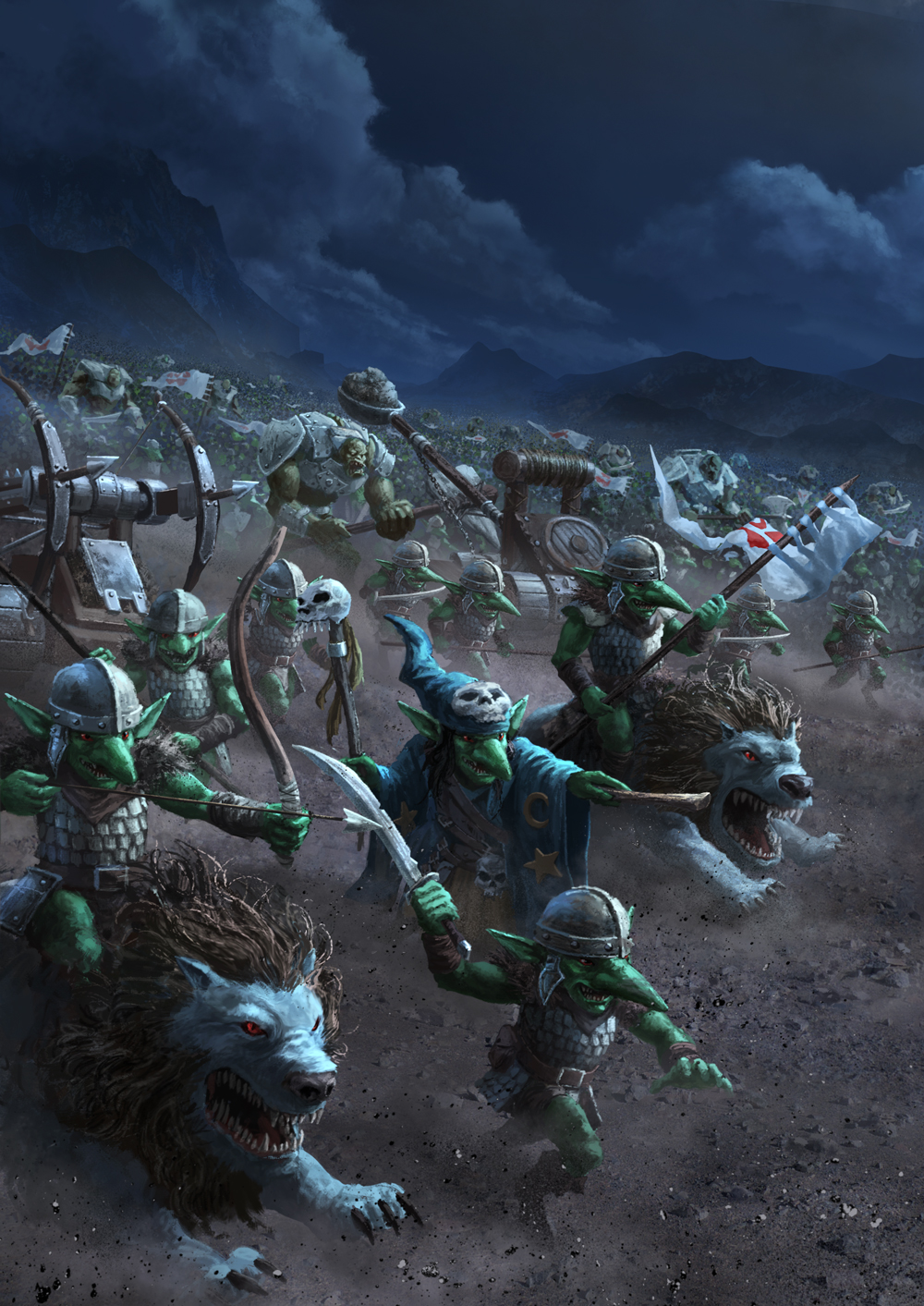 It’s really up to you where you go from here. Good luck!

The Goblin Mega Force is available for Pre-Order now and will ship at the end of January!