After yesterday’s preview of the Deadzone summer campaign, today we’ve got a sneaky peek at the brand new Deadzone Outbreak supplement. This 88-page book will be going on pre-order later this week but first we wanted to whet your appetite about what’s inside. Firstly though, let’s explain a little bit about the background behind this book…

If you’re a Kings of War player you’ll know that over the past few years we’ve released a couple of new supplements: Clash of Kings (which updates the rules and introduces new units) and the Edge of the Abyss book. The latter was a campaign book written specifically to accompany the online campaign last year. It told the story of the campaign, introduced a load of new units and described each scenario to be played during the campaign. It was hugely successful and helped form the foundations of the campaign.

However, the only problem is that because it’s tied so closely to the campaign, some players didn’t realise there are units in there that can be used outside of the campaign. Anyway, with Outbreak we (and the ever-vigilant Rules Committee) wanted to create something that acted as a foundation for an online campaign but wasn’t tied directly to it. Instead, it’s a major update to the rules that also introduces two new factions (Mazon Labs and Nameless), plus a bunch of new units for existing factions. What’s more, Deadzone 2.0 was released in 2016 and the RC felt it was time to look at re-balancing unit stats where necessary. Think of Outbreak as Deadzone 2.1.

Anyway, with all that in mind, let’s run through the contents…

The launch of the new Nameless faction is one of the key elements of Deadzone Outbreak. Warpath writer Christopher Verspeak has written a new background for these be-tentacled horrors and this is all explained in Outbreak. Alongside this you get the full faction listing for the Nameless, along with small pieces of info about each unit. We’ll be exploring the Nameless in more detail tomorrow, so stay tuned…

Something else the Rules Committee was keen to introduce in Outbreak were new scenarios. There are four in the Deadzone rulebook but, seeing as you roll a D8 to decide what mission to play, it made sense to expand this to eight. As a result in Outbreak you will find four new scenarios: Scatter, Divide & Conquer, Invade and Occupy. These scenarios will be used in the online campaign too. As well as introducing the new scenarios, the Rules Committee also went back to the four original scenarios and tweaked those where necessary. We’re really excited about this increase in scenarios and can see it being very useful for tournaments to ensure that things are kept fresh and exciting. 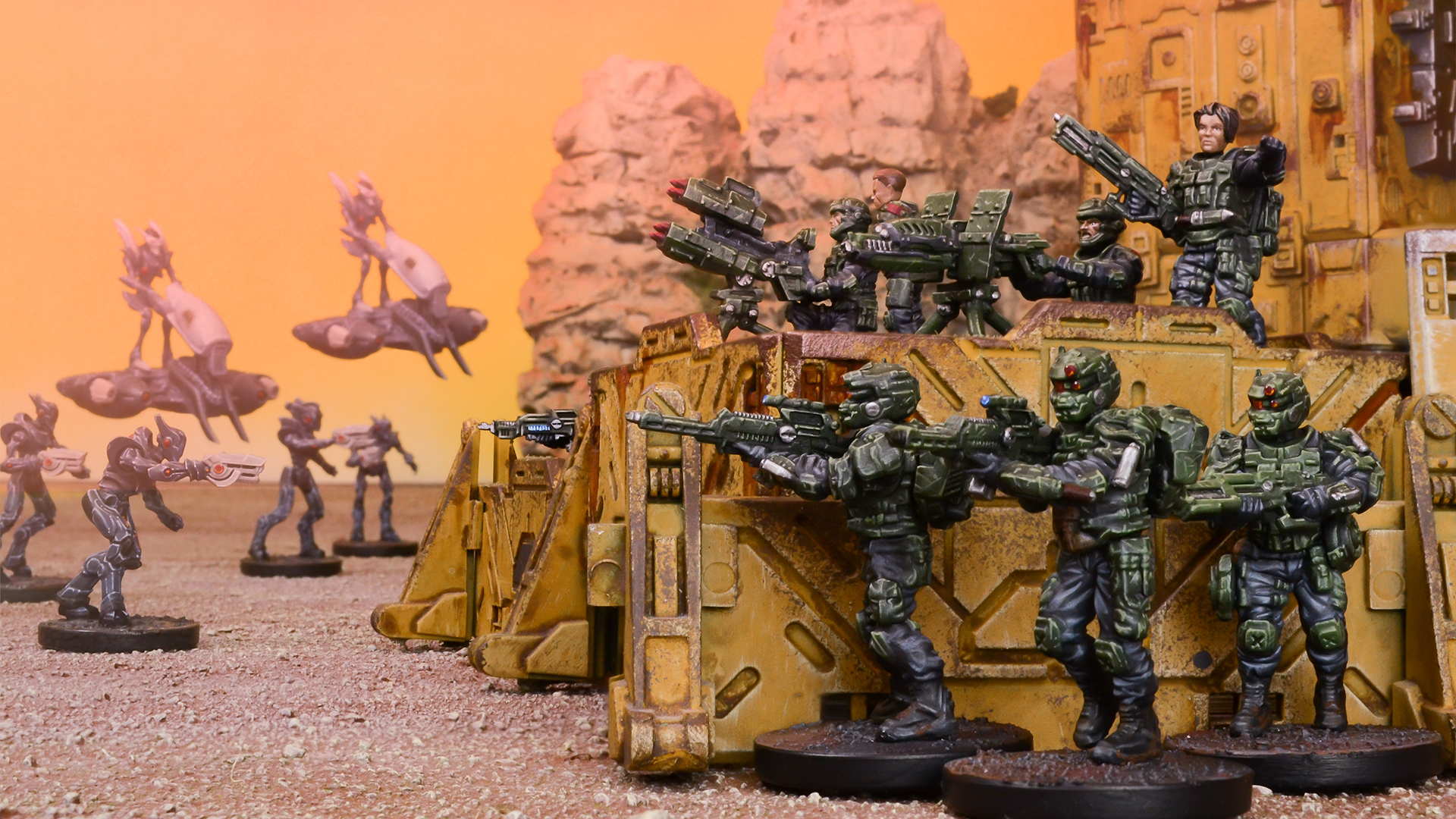 Another piece of feedback that came through the dedicated Deadzone community (#Deadzoneislife) is that the current selection of items wasn’t particularly well balanced. It tended to favour the more ‘shooty’ factions, rather than the close combat specialists. So, there are now four different item selections to choose before the game and this introduces four new items: Combat Blades, Shock Baton, Adrenaline Shot and Stimulant Shot. These alternate items are represented by the standard counters in the game, so there’s no need to buy a new set of counters.

With the introduction of new factions and some new units, it was time to also create a slew of new abilities as well. This has led to the creation of abilities such as Cloaking Device, Communications Relay, Evade, etc. What’s more, the existing abilities Fire Control, Knockback and Teleport have all been amended in Outbreak too.

As well as introducing the new factions, Outbreak also has a host of new options for the existing factions. For the Asterians, this includes the likes of the Support Drone, while the Forge Fathers get the new Thorgarim unit, Marauders gain Goran Auxiliaries, Rebs recruit the Teraton Shock Trooper, etc. It’s also the first time the Veer-myn beta list (which seems to have been in beta since Deadzone 2.0 launched) has been officially released in print. As you can hopefully tell from this, even if you’re not planning to take part in the summer campaign (because you’re being forced to go on a pesky family holiday or something), Outbreak is still a vital addition to your Deadzone arsenal. 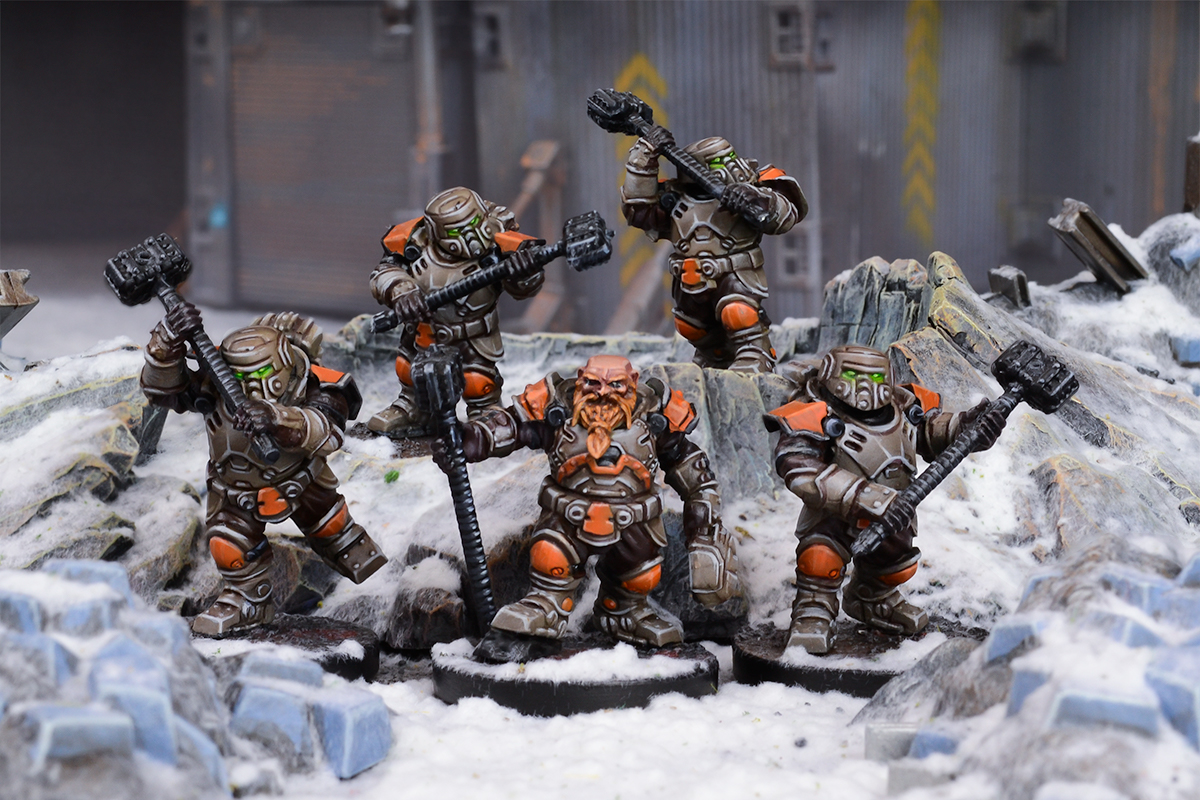 Finally, if you like your themed lists, you’ll find Elite Lists for each faction (apart from Mazon Labs, as they’re already pretty elite).

So, there you have it! Hopefully you can see that Outbreak is shaping up to be one of the most exciting Deadzone releases since version 2.0 came. It’s packed with new and re-balanced content that will ensure Deadzone is here to stay for a long time. Pre-orders for Outbreak go live this Friday, so make sure you don’t miss out!