By now you should be aching with excitement for the release of Firefight! But what faction will you take command of in the vast Galactic Co-Prosperity Sphere? In this new series of blogs, we’ll be looking at the background of each faction and finding out how they play. Today, we’re starting with Forge Fathers! 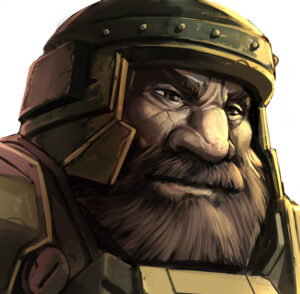 Experts at all aspects of metallurgy, mining, smelting, forging and engineering, the Forge Fathers have a plan to make use of every iota of creation. More than a plan – a destiny. Every world, every moon, every star and everything in between, all of it exists for a reason. All of it was breathed into existence by the mighty dragon Farangir at the dawn of time and all of it is for the Forge Fathers to work. It may well take them countless aeons to get to all of it, the dwarfs are painstakingly thorough – but get to it they will.

Forge Fathers are similar, biologically at least, to humans in many ways. They are humanoid, though usually somewhat shorter than a human and sturdily built but they may live many times longer than a clean-gene human. Knowing how long a dwarf can live in fact, is key to understanding their relationship to the galaxy and each other. 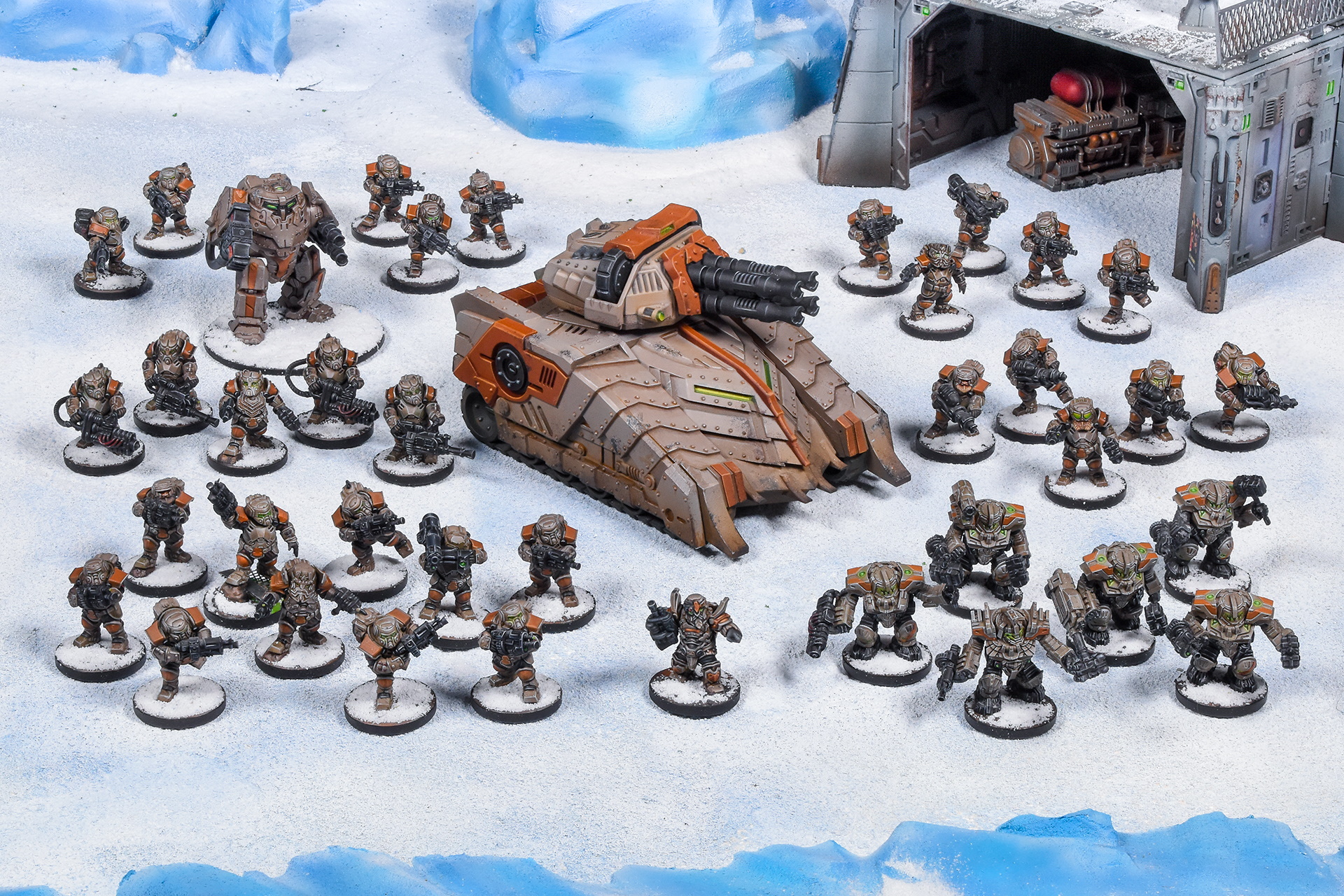 Thanks to their potential centuries of life, a Forge Father engineer will have time to become a master of his craft. Dwarf machinery, weapons and armour, are masterpieces of design, tooling, and assembly. Their tanks, half-tracks, and armour might seem simplistically designed, crude even, at first glance at least. But the power they bring with them, the sheer destructive capacity of a Forge Father clan, belies the sophistication that goes into every piece of war gear in their arsenal as well as the martial nature of Forge Father society.

HOW DO THEY PLAY IN FIREFIGHT: SECOND EDITION?

Mark Robinson from the Firefight: Second Edition RC is here to explain how the Forge Fathers play in game!

Space dwarfs! For most people, that’s all they need to know about the Forge Fathers (and rightly so). But what do these chubby, little beardies bring to the table? Well… guns. Lots and lots of guns! In every form you could possibly hope for. Even their dedicated assault troops like the Thorgarim (who happen to be one of the best in the game at fighting face-to-face) bring a pistol with them, just to soften things up a bit presumably, before tenderising them with massive Forge Hammers! 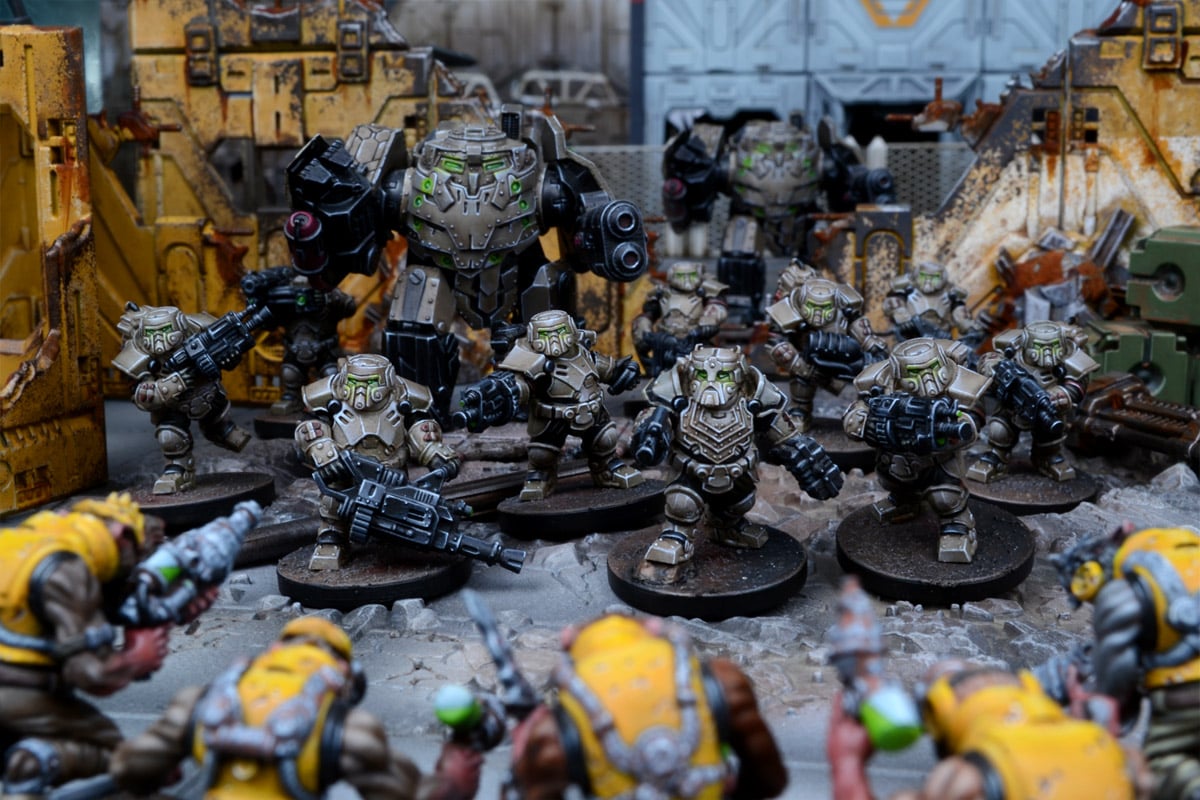 Forge Father units aren’t cheap, so you must use them wisely, but what they lack in numbers they more than make up in skill and volume. With a base stat of Ra 4+ on most of the trained soldiers in the army like the Steel Warriors, Rekkyhrr and the vehicles (more on those bad boys in a minute), they’re better than average when it comes to shooting, and a delightful majority of their weapons have an AP value to make a real mess of their target.

Choices are endless for any Forge Fathers general when it comes to force selection. With a whole host of auxiliary options like Militia, Brokkrs and Artificers, you can make a real themed list (of absurdly grumpy little fellas), or back your troops up with elite options like Stormrage Veterans, the heavily armoured and annoyingly Resilient (literally) Forge Guard, and for those of you who really like to see your opponents squirm… the Hammerfist Drop Troopers. 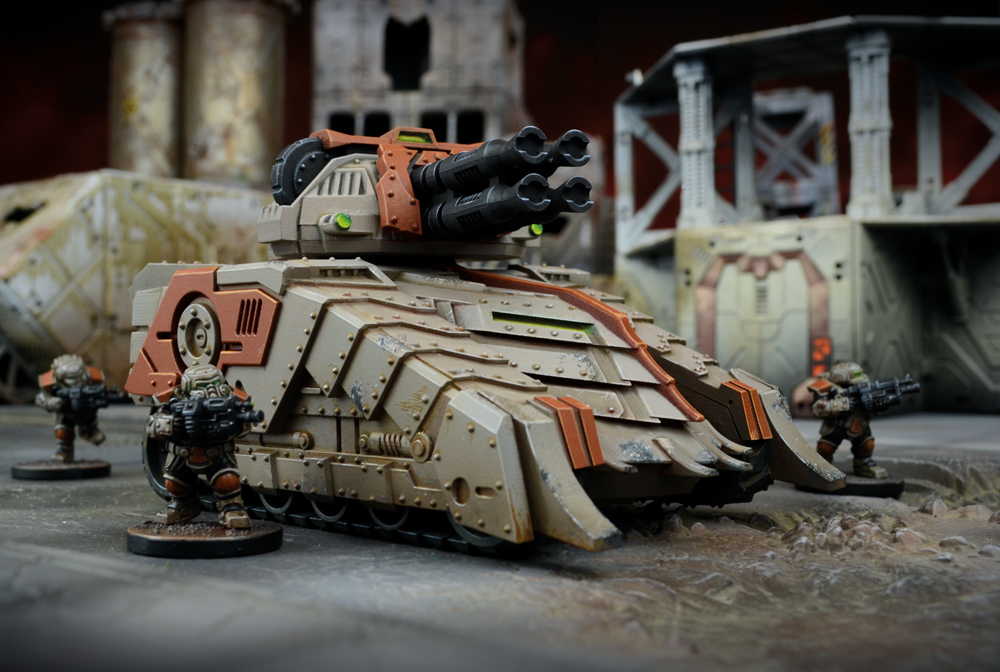 As for those vehicles we mentioned, there are more than you can throw a mastiff at (sorry, wrong game). Subtlety isn’t a trait Forge Fathers particularly care for, so seeing Iron Ancestors stomping across the battlefield, artillery platforms battering the enemy from afar, or troops being safely transported in APCs is common. Especially because the weapon options for many of these cover everything from anti-armour to anti-infantry and even anti-aircraft. However, it’s the tanks that really are the envy across the Warpath Universe. The heaviest of armour, the biggest of guns, the mostest(?) of the fun! The Sturnhammer is large and clunky, but its Heavy Magma Cannon is capable of vaporising anything it looks at, so if your opponent is sloppy enough to give you a firing lane… well, that’s their fault, they have been warned.

The Forge Fathers are an ancient civilisation that has been a galactic power for millennia. Technically superior to almost all they encounter, these hardy folk are as tough and stubborn in battle as they are across the negotiating table. This set is a great way to start your Forge Father army, or expand an existing force to challenge your opponents and expand the mighty Star Realm.

The Iron Ancestor is an heirloom of a Forge Father clan. An ancient suit of immense battle armour, the Ancestor is a walking tank, ideal for the complex urban environments of modern conflict zones.

A small number of Dwarf veterans find a taste for close quarters combat, eschewing the heavy ranged weapons of the comrades in favour of the mighty Forge Hammer. These weapons discharge a seismic pulse on impact, ravaging armour and organic matter alike.