Forces of Nature: Who are the Salamanders? 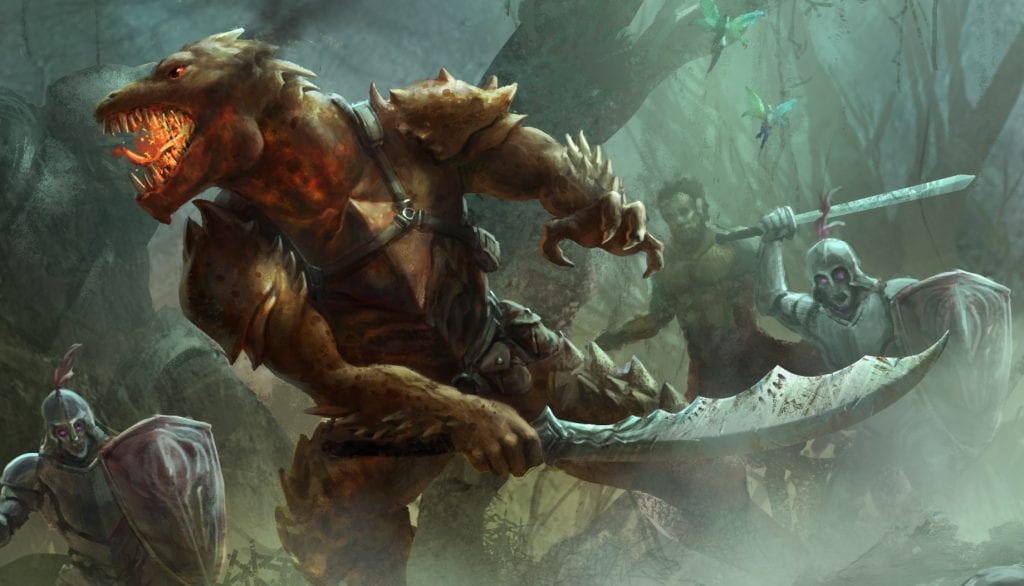 The Infant Sea was once home to many prosperous peoples. Before Winter’s Flood, this was a verdant landscape covered in cities and temples; all that remains now are crumbling ruins beneath the waves. Few recall what transpired here, for it was once the home of the reptilian Clan Lords and their Salamanders. 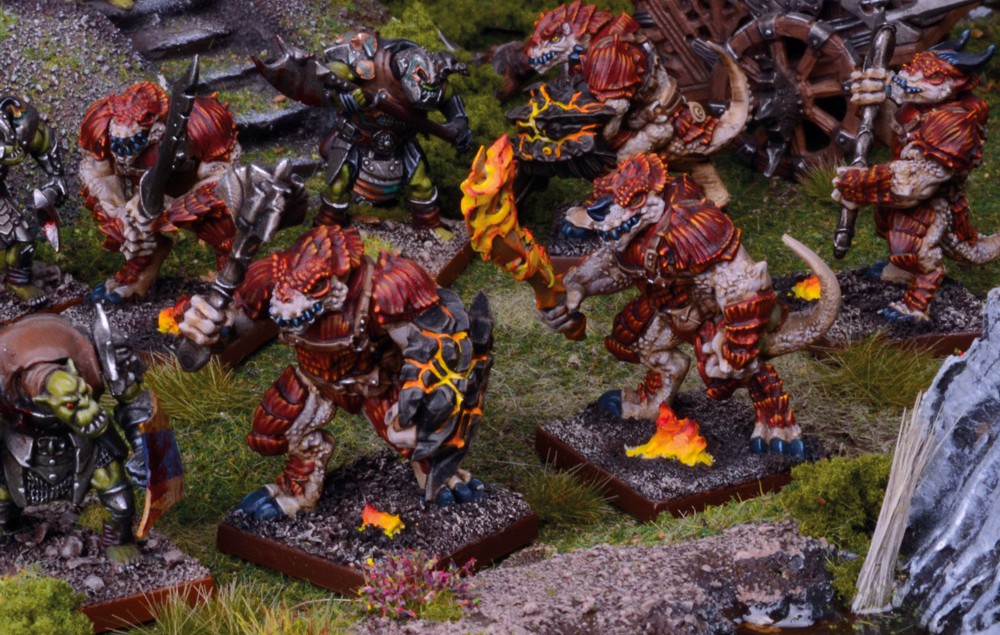 As the unnatural ice age caused by Winter’s magic arose, a prophet emerged among the Salamanders. She was adept in the ways of fire magic and wise beyond her years. She claimed that their salvation lay with the Three Kings, and as Winter’s armies attacked, a great migration was declared. Many died as the bitter cold and dread minions took their lives, but eventually they found their haven – three volcanic peaks that rose above the ice. The Prophet sacrificed herself, creating a magical barrier around the realm that protected her people until Winter’s defeat. 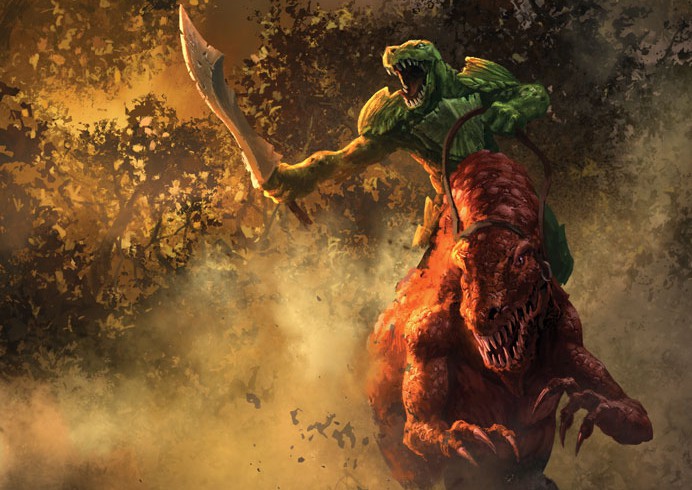 In the years since, the reptilians have thrived. Not just Salamanders, but Gekkotah, Arkosaurs and many more scaled allies besides. The Salamanders remain at the forefront of their armies, naturally suited to combat and hot-blooded throughout. They fight alongside the Forces of Nature to maintain the natural balance of the world – they know that another war like Winter’s would be their end. 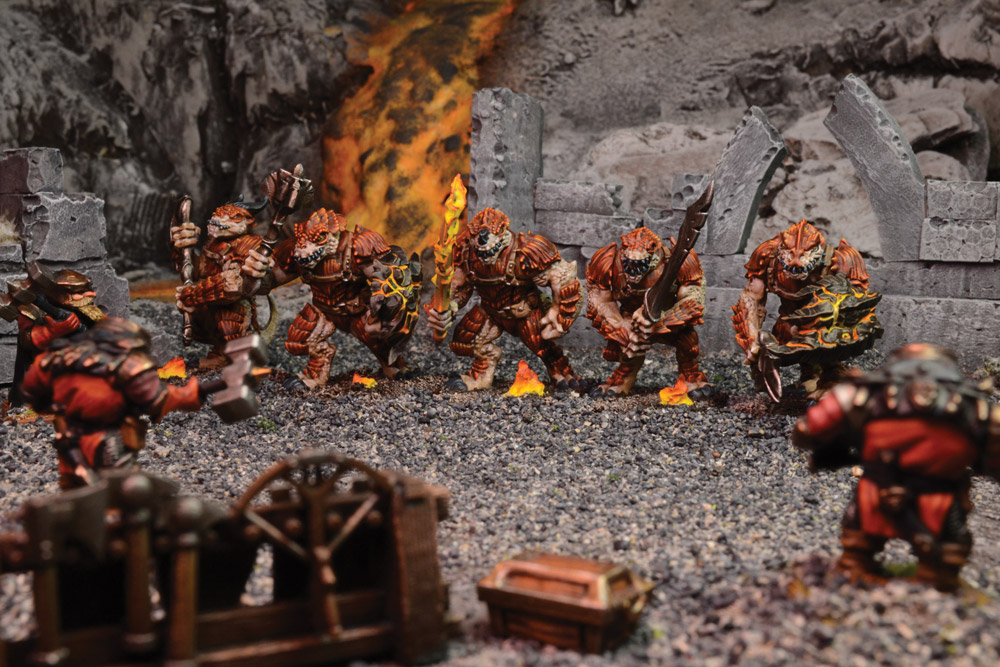 They march into battle with fire in their control, physically exuding heat and channeling it into their weapons. Scaled hides remove the need to wear armour and sharpened horns and claws give them an extra edge in melee. Wielding weapons and shields created from volcanic rock, they are a tough foe to face.

The new Hard Plastic Salamanders Regiment comes with twenty of these hulking lizards. Bulky, vicious and covered in scales and bone plates from head to toe, they look awesome. The sprue includes options for your reptiles to be armed with shields and a collection of maces, axes and blades, or two-handed weapons. There are also arms with no weapons for conversions, a banner, horn and flaming sword to build a command group and flames that can be glued on to bases to heat things up in battle. 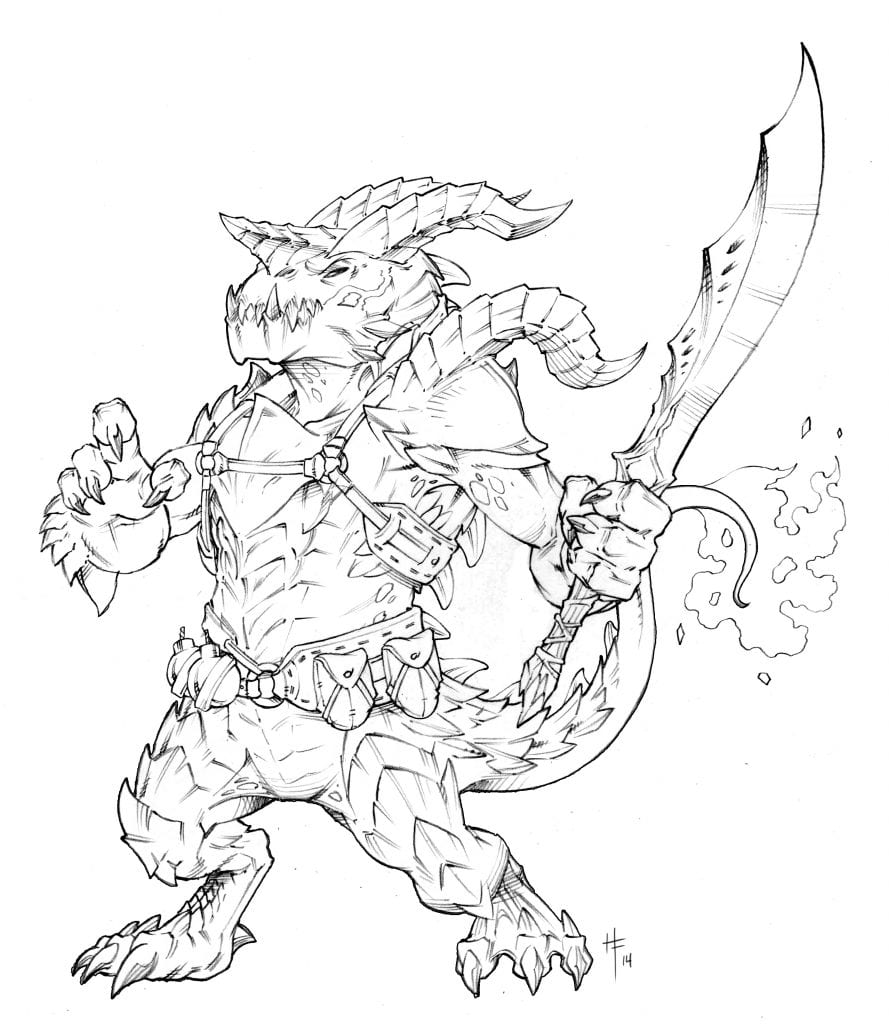 If you fancy fielding your own wall of scales and claws, why not pick up the Clan of Fire? Representing the Salamanders at war, this amazing bundle consists of 60 Salamanders, who can be built with either shields and hand weapons or two handed weapons (plus flames and command options) and Legendary Hratth from Dungeon Saga – a powerful Salamander Veteran, or even a Clan Lord. This creates a sizable force for either the Forces of Nature or the Salamander Armies from the Uncharted Empires Book.

The Salamanders Regiment is available for pre-order now, as well being included in the Forces of Nature Army, Forces of Nature Mega Army, and the Clan of Fire. Shipping at the end of the month!