So another one bites the dust!  Gen Con 50 is in the books and done.  This was by far the best show Mantic has done to date and it starts and finishes with everyone who came by the booth to say hi to everyone who participated in any or all of the Mantic events we had going on in Hall B. 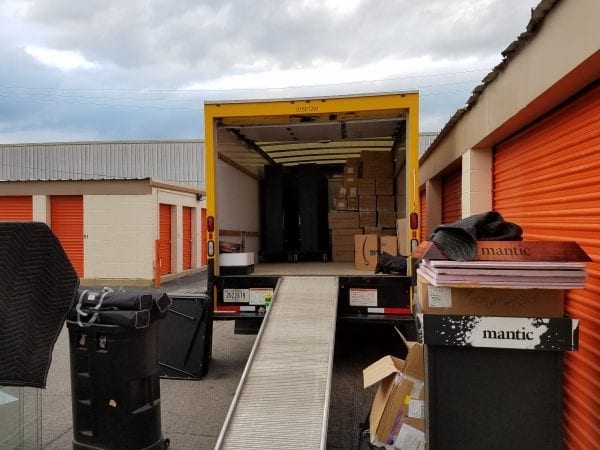 Monday found us loading up the truck with the usual crew plus a new face….Andy Meechan. 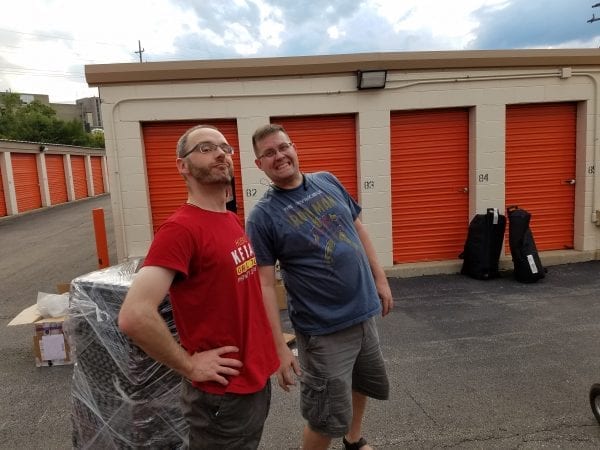 Tuesday saw us trek into the state of Indiana down to the city of Indianapolis for Gen Con 50.  Unloading the truck and getting the booth setup went off without a hitch.  Pre release of Wave 3 for The Walking Dead: All Out War was a big hit as well as the event exclusive Lee and Clementine. 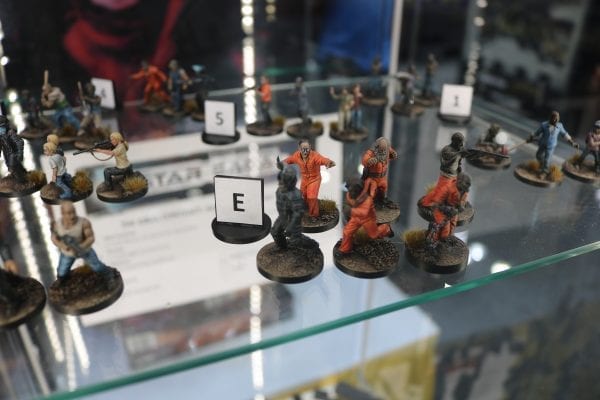 Wednesday was a relaxing day of playing The Walking Dead with the participants of Geek Nation Tours and Kentucky Fried Gamers. There were a total of 4 games running and everyone loved the game with many stopping by on Thursday to grab a copy.  One of the great things with going to Gen Con is our relationship with Geek Nation Tours.  Wednesday night GNT holds an Industry Leader night and we are always invited to have dinner with the GNT guest as well as have Ronnie give a nice speech.  We met the people from WETA Workshop who were also there.  Some of us may or may not have nerded out over them.

Thursday saw the record breaking crowds come crashing through the doors and descended on the Mantic Booth to grab their Lee and Clementine and ‘Eeny, Meeny, Miny, Moe dioramas. 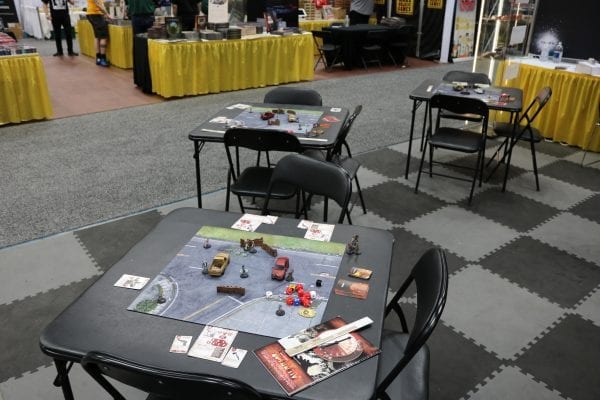 Friday was more of the same and we come to Saturday where Mantic Night was held in the Hall B of the events hall at Gen Con.  Due to unfortunate circumstances we had to hold the annual Mantic get together in the events hall which didn’t stop everyone from coming by.  We had tons of events to do.  We had a big game of Kings of War going on as well as a 10 man game of The Walking Dead coached by Ronnie.  Community Pat was running Star Saga demos, which everyone who played loved and can’t for November to get theirs.  Andy Meechan was busy crushing all new comers in a 750 point game of Kings of War.  John Jack debuted the latest mini game, Dungeon Saga: Bar Brawl.  Jet bike races was also run as well as some Deadzone games  Dreadball 2 was play tested also.  All in all Mantic Open Night was a great success. 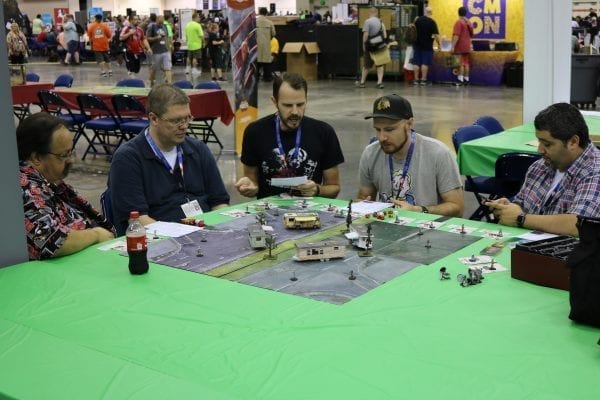 Sunday was a day of people just doing their last minute shopping and also found us saying goodbye to everyone.  All in all it was a great convention and we’re excited to be there again next year! 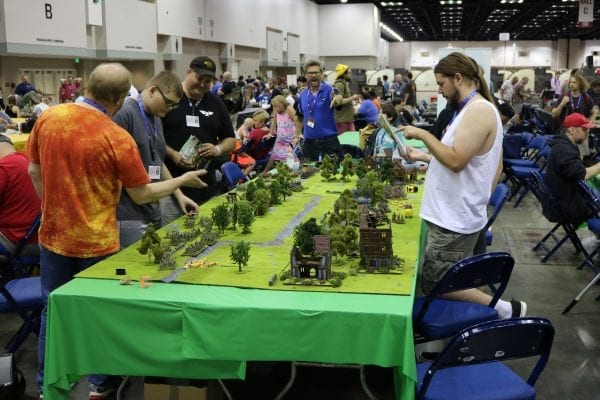 See everyone at PAX Unplugged in November!