Today we’ve got something very special for Add-On Wednesday over on the Hellboy Kickstarter – a brand new expansion! When we started developing the Hellboy board game we always knew we wanted to take inspiration from the core Hellboy storyline. We wanted to start with Seed of Destruction before moving through to Conqueror Worm and perhaps even take a stroll to Darkness Calls and more… but that’s for another day 😉

We did the same thing with our hugely successful Walking Dead: All Out War game. Here we progressed through the storyline, offering new narrative-based scenarios, characters and gameplay elements.

However, if you’re a fan of the Hellboy comics you’ll know that Hellboy often goes off and has his own weird and wonderful adventures outside of the main timeline. Whether it’s fighting against floating Japanese heads, ventriloquist’s dummies or iron-shoed goblins, Hellboy has some pretty wild adventures away from the BPRD.

Among our favourite series of stories were those collected in the Hellboy in Mexico collection. These told the tale of Hellboy’s five-month ‘drunken weekend’ in which he teamed up with luchadores to fight vampires, wore some pretty interesting outfits, got married and drank a lot of tequila! We loved the unusual cast of characters and the opportunity to create a miniature of Hellboy in a wrestling costume was too good to pass up. 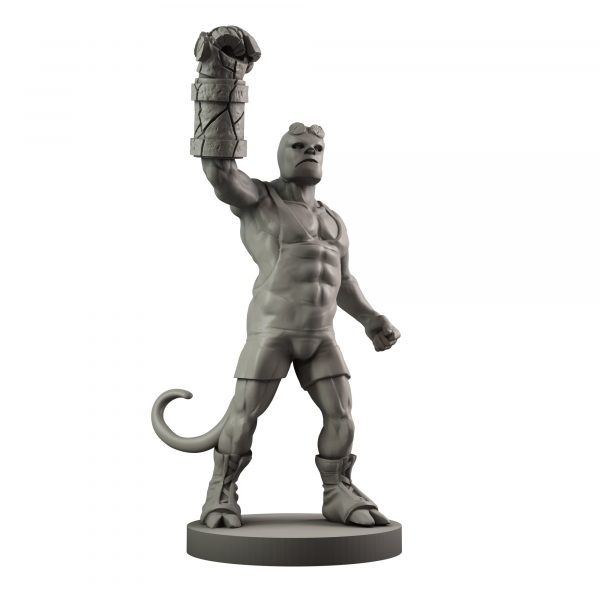 The only problem was, it didn’t really fit in with our future retail plan of working through the storyline, like we did with the Walking Dead. But the beauty of Kickstarter is that we can sometimes do something a little bit crazy – and an expansion based around vampire-wrestling luchadores drunk on tequila certainly sounds a little bit crazy! 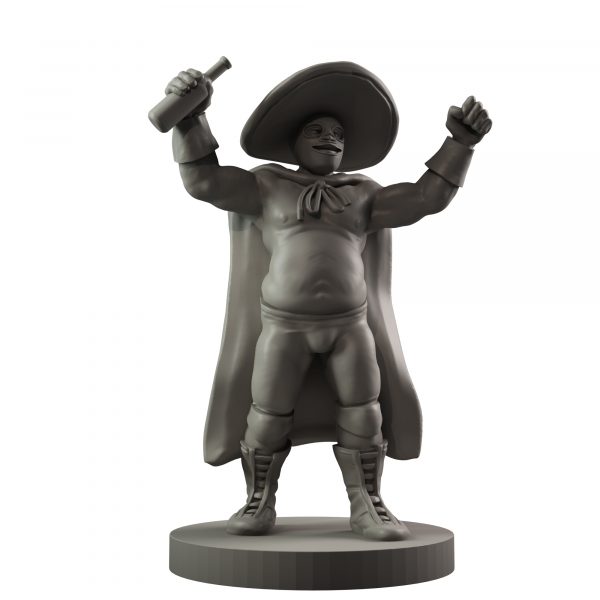 So, we are delighted to officially unveil the Hellboy in Mexico expansion. This expansion includes two new scenarios, four new playable heroes, new items, five new types of enemy, a terrifying new boss, new Mexico-themed tiles and new Deck of Doom cards. The Luchadores will offer a lot of variety when it comes to your agent options and will work together to overcome obstacles. Hellboy will also have different stats to reflect his time in Mexico.

Remember, you can also use the enemies here when creating your own missions with the BPRD Archives expansion. So you could have some undead soldiers menacing you in a mansion before facing Rasputin in the end of mission boss encounter. 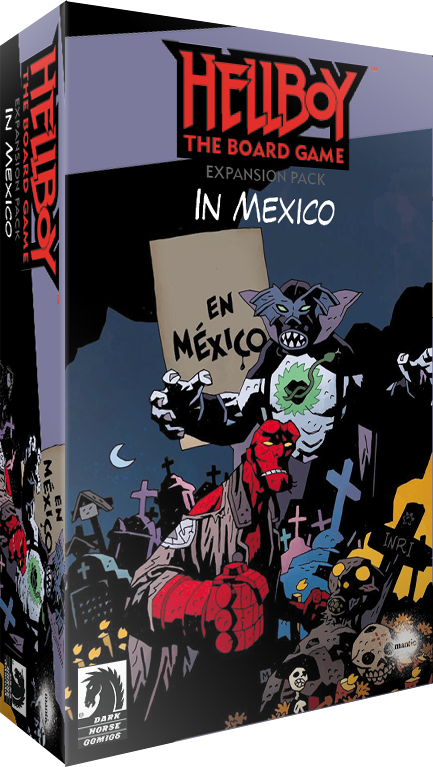 An important thing to note is that Hellboy in Mexico won’t be a standard retail release. It will be produced as a one print only LIMITED EDITION to celebrate the fantastic support we have received so far on this campaign. This means we’ll print enough copies to fulfill the Kickstarter backer and retail pledges. We’ll also overprint some extra copies so we have some to sell at shows and other events. So just to be absolutely clear, Hellboy in Mexico is NOT a Kickstarter Exclusive – but if you want to guarantee you’ll get one then this is the safest place to get it – and at a discounted price as a thank you to all our backers to boot!

Anyway, enough of all that, let’s take a look at what you get…

MAKE SURE YOU CHECK OUT THE REST OF THE HELLBOY KICKSTARTER. YOU’VE GOT UNTIL MAY 25th TO JUMP ON BOARD.