So Zak, Dave and Rob have all been busily working away and also painting their armies. It’s slowly starting to come together for each player (except Rob, who’s miles in front) with units being finished and based up. We’ve also had a new entrant – Nick Williams, Rules Committee member and Clash of Kings author, who has managed to catch up in startling time. Read on to see how everyone is doing. 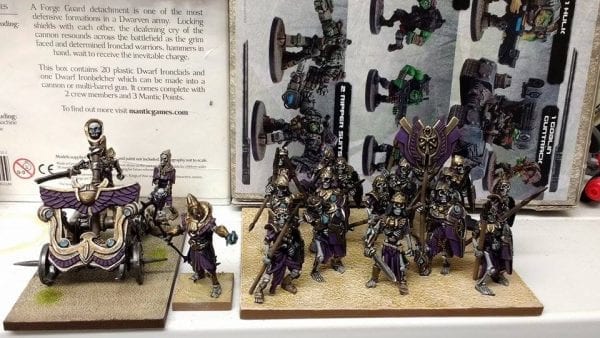 “So, I’ve managed to stay the course this far, getting my army up to the playable level (just). The last unit I’m working is the Ensaved Guardians. I’ve gone with Archers, as my force doesn’t have much in the way of ranged firepower right now and also who doesn’t love flaming arrows?” 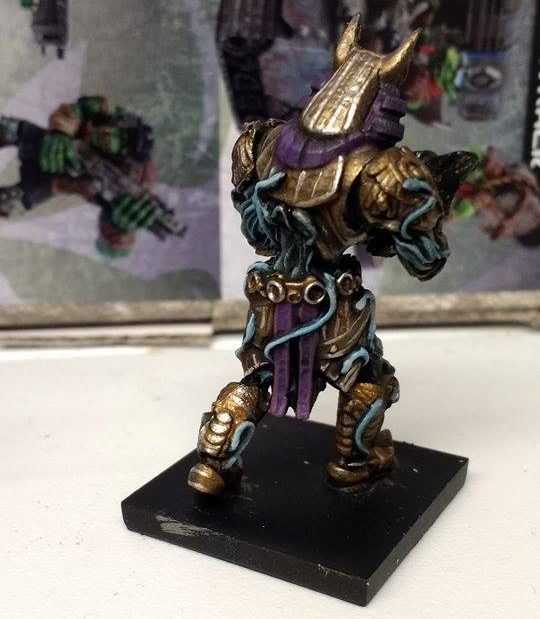 “It was interesting trying to work out how to paint the models. There are snakes and insects crawling over the baroque armour, as well ass the tangled innards between plates. In the end, I’ve chosen to go for the same colours as I have used on the fire and jewels for other units to tie the unit to the army. It looks like they are spirits tangled in armour – fitting of the concept of the being trapped Djinn. I’m hoping with 500 points table-ready I can get a couple of games in soon, as well as starting on the next unit – a Revenant Chariot Regiment. Oh and I still need to fix those bases…” 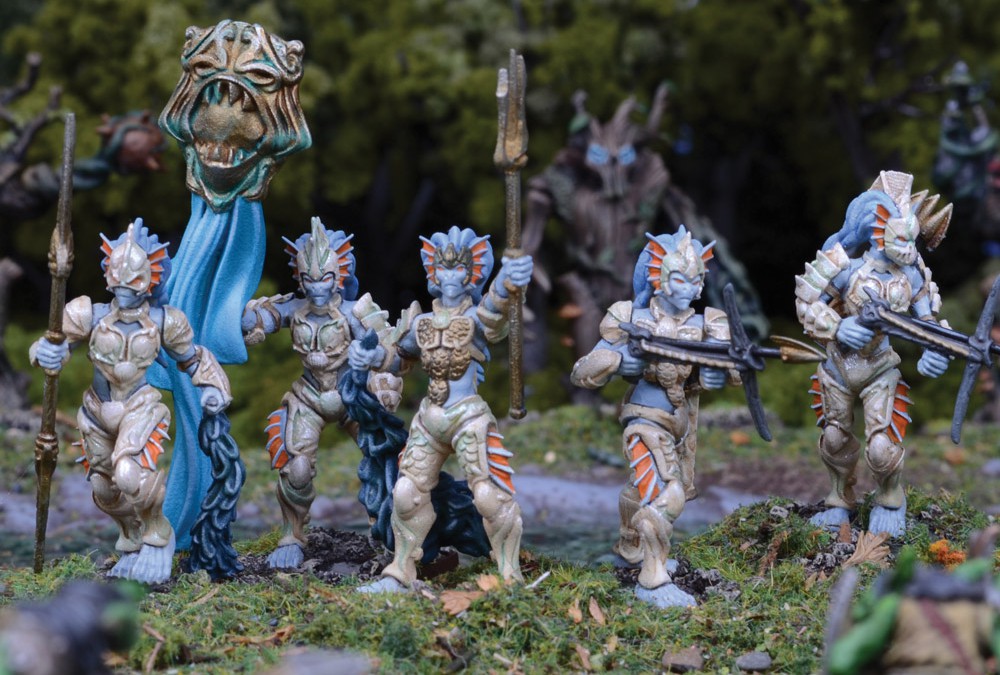 “Apologies for the lack of updates on my Forces of Nature. I have finally finished my Naiad’s regiment, apart from basing them. As you can see I have picked up some filler to help with this. I’ll be using this to create an uneven base, and then creating an autumn forest effect, more pics when I’ve completed this stage.” 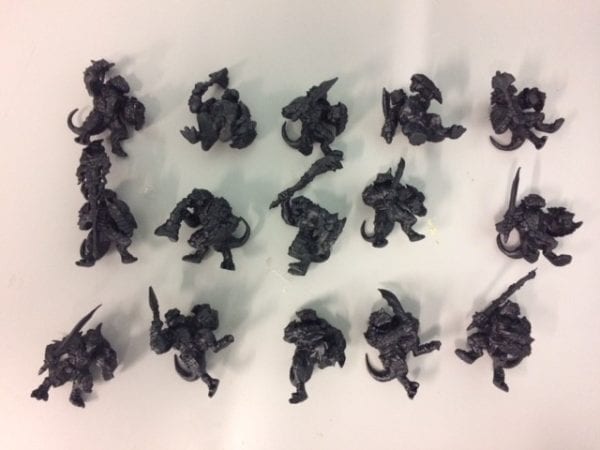 “I have also assembled and undercoated a Salamander regiment. I am planning a reddish/orange skin with black scales for this unit. I will have more to show next week, I promise ;)”

It’s been a bit of a slow week for Rob and he’s only managed to finish off another Ironbelcher Cannon (which takes him up to 780 points). Currently on his painting table are two troops of Ironwatch Rifles. The idea is to have two troops of shooters, so hopefully they can target different enemy units and disrupt the rival shooters. Once both of those are complete, he’ll have reached the milestone of more than 1,000 points. 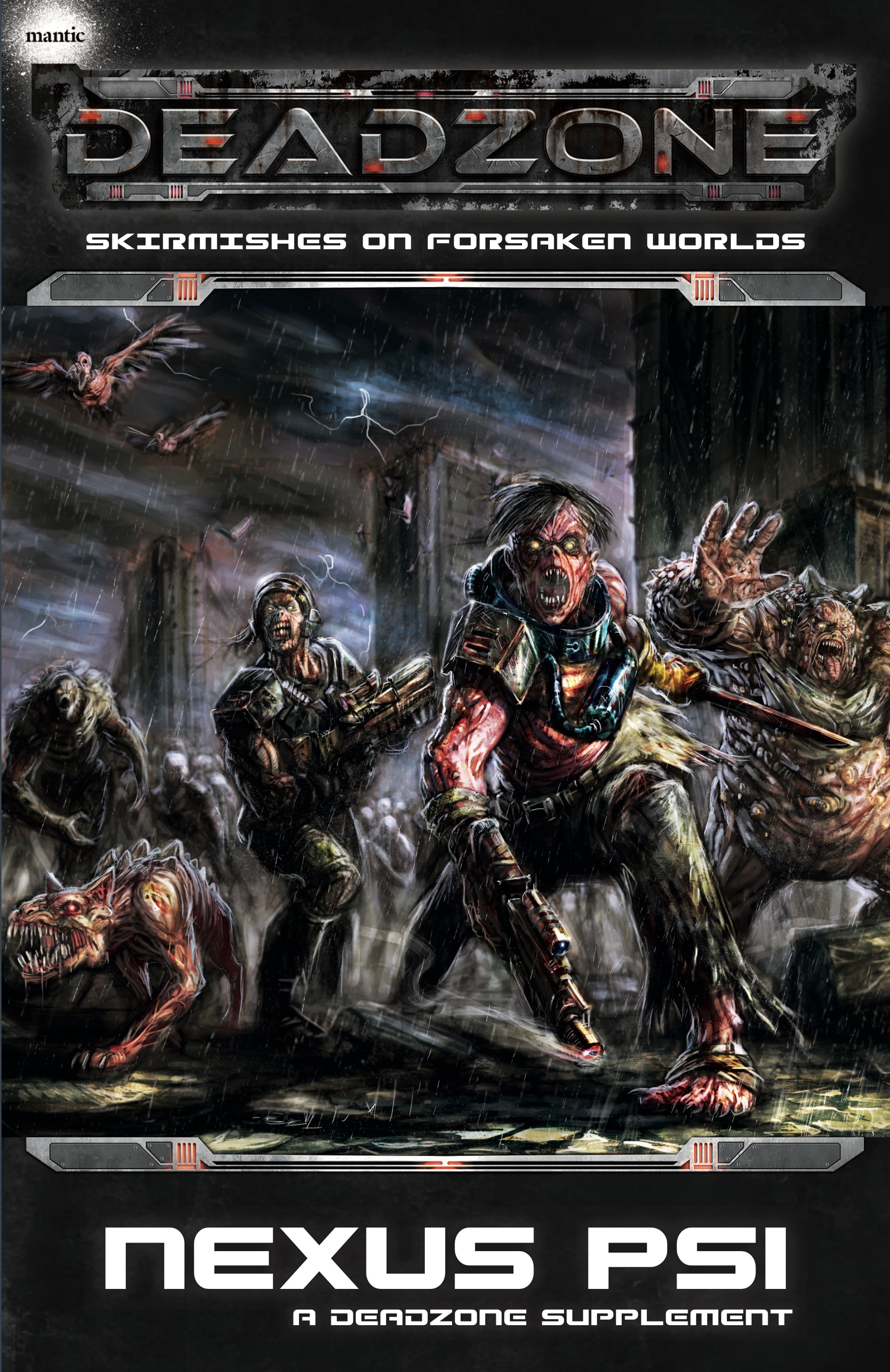 In a similar fashion to Zak, Rob will be using filler to make his bases uneven and then sticking some pieces of cork board in to make a small cliff. It’s something he did with his Ironclad before realising it’s probably a bit daft to have some Ironclad that will have to jump off a cliff before they can attack the enemy.

“I’ve always liked Mantics Abyssal Dwarfs and feel that they’re one of Mantics best ranges. I’ve dabbled here and there but I’m definitely not going to turn down the opportunity to make a full army of them!”

“I started with the Abyssal Dwarf Army set. It’s a very well rounded box set with a nice core set of infantry and some fast flankers for backup. Abyssal Dwarf halfbreeds are one of my favourite cavalry units in the game. Much like the Orc Gore Riders, the Crushing Strength (1) on them is fantastic, so even when disordered you’re going to deal a serious amount of damage. Paired with a troop of gargoyles as disposable chaff, you can nearly guarantee always getting first charge off with them.” 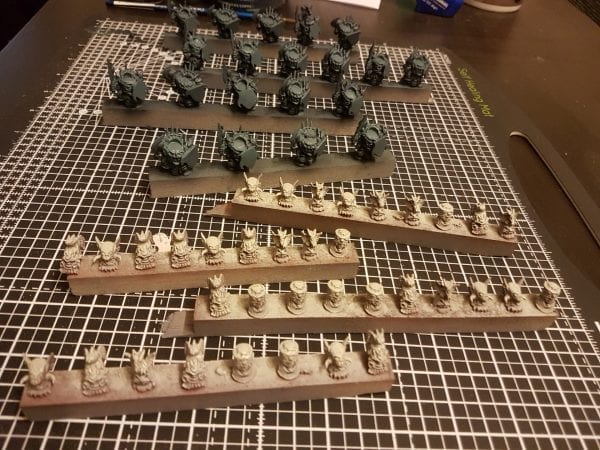 “I’ve started by (half) assembling my Immortal Guard. I actually just assembled the bodies, removed their base discs because I’m going to be multibasing, and glued them to a stick. Having multiple models on a single “stick” like this is a boon for speed painting. You’d be surprised how much quicker you paint when you’re not putting down and picking up each individual model.”

Nick has gone into a lot more detail about the preparation and painting of his Abyssal Dwarfs on his blog – putting our meager efforts to shame :P.