Kings Of War – Empire Of Dust – Who do you Sphinx they are? 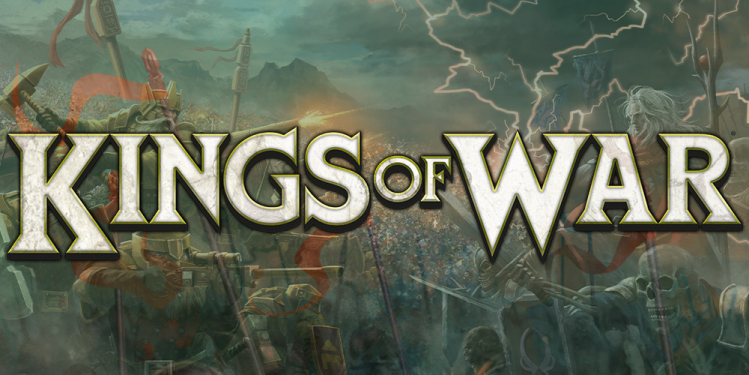 With the release of the new Army and Mega Army around the corner, we take a look at the lore and background around the Empire Of Dust for those that don’t already know, or indeed those that do but need to dust off their memory!

So let’s get straight down to the bare bones.

EARLY WARNING: The puns don’t stop there… but they are quite humorous.

The Ahmunites were once one of the most powerful empires of Pannithor, until their reckless meddling in Necromancy caused their downfall (we’ve all been there).

As retribution, the God-Kings or Ophidia summoned the most powerful and spiteful of the demonic djinn. Together, they unleashed a monstrous and lethal sandstorm that engulfed the Ahmunite armies, flensing skin and flesh from bone and driving them back to the wastes.

Punished for their hubris, there is not a single living soul in the Ahmuinte Empire today. Legions of skeletal foot soldiers are lead into battle by ancient lords of fading grandeur. Bitter and hateful, these husks of humanity stand as a warning of the consequences of dark magic. 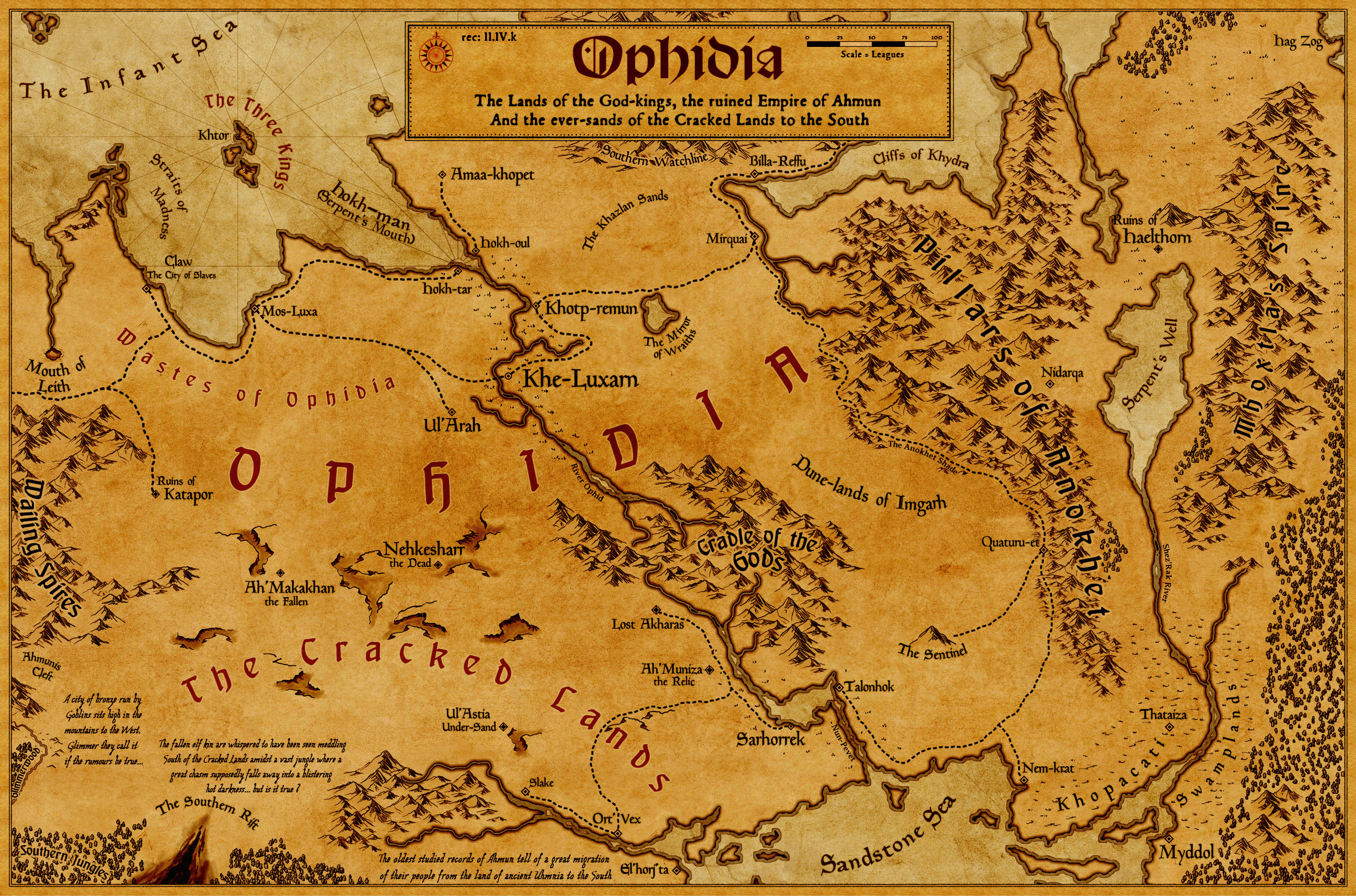 South of the Infant Sea lies an expanse of arid desert that is truly vast, stretching along most of the lower seaboard. The mysterious and beguiling kingdom of Ophidia, sustained by its rich river valley, occupies much of the west – precious oases, desert cities and other, stranger kingdoms scattered across its interior. But beyond Ophidia, mysterious ruins, dead trees, and the bones of long extinct creatures are all that challenge the whispering sand for space. Straddling the Wastes of Ophidia and the wretched land further south lie the broken towns and cities of the once great empire of Ahmun.

The Skeleton Warriors, Spearmen and Archers act in a familiar way to their counterparts in Undead armies – cheap, unwavering but Shambling. They’ll form the spine (sorry) of most EoD armies. The key difference is that these units have access to the Casket of the Damned upgrade. This mysterious shrine of necromantic energy allows a once-per-game bonus to a Surge spell cast on this unit of six extra dice! What a game changer that can be! 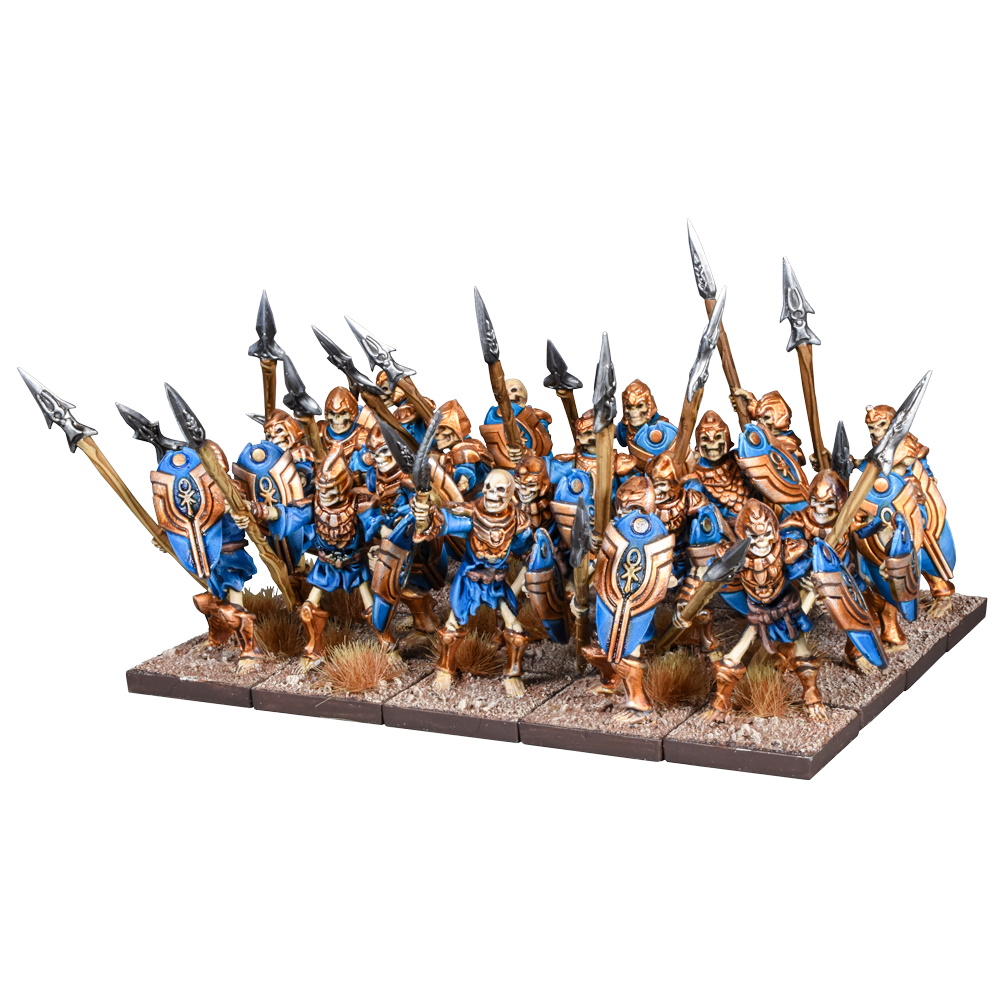 In game their Windblast power can push attacking enemy units back out of charge range and off in search of their mummy. Guardians have two different options, either regular or archers, this allows them to be fielded either as powerful range troops or crushing melee regiments! 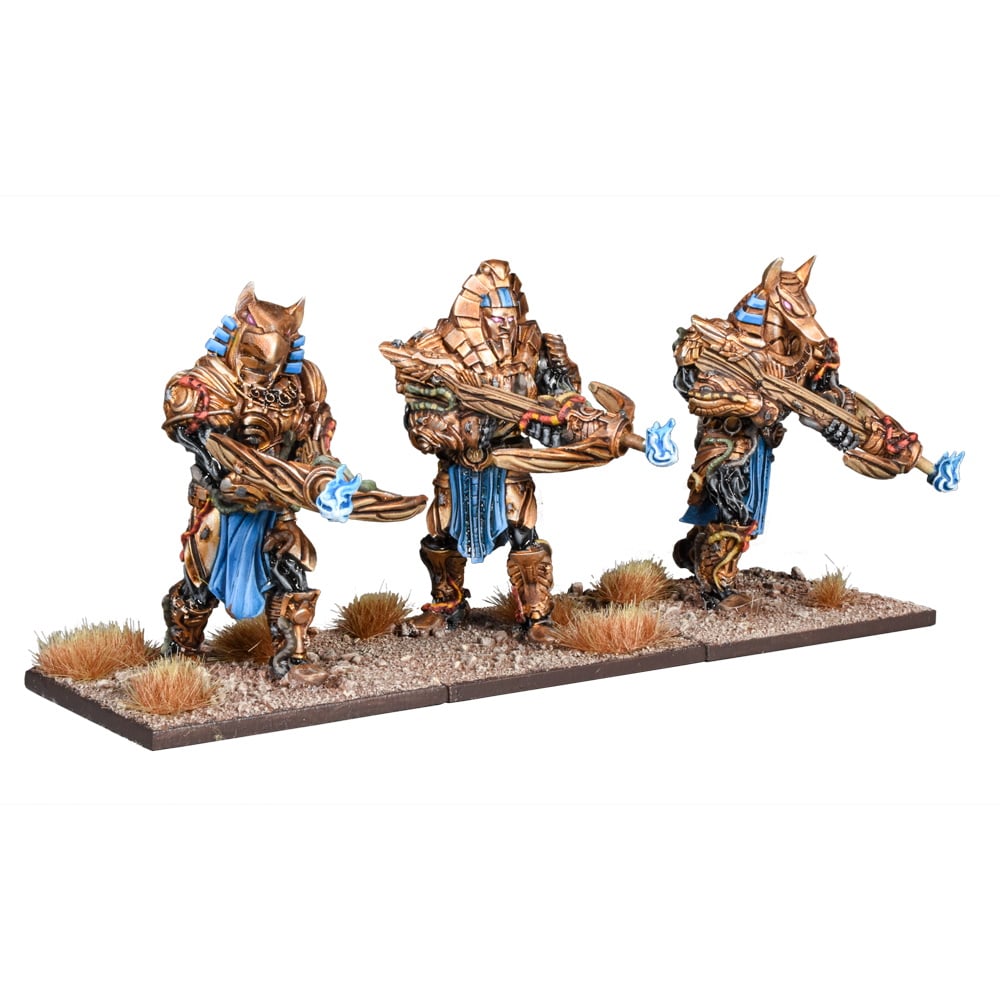 Later this week we will have another article listing some of the top units in the game for the Empire of dust so be sure to check that out as well as all the other great content as we prepare for the Pre-Order!

Used in both sieges as well as on the open battlefield, these venerable war engines deliver the vengeance of the empire from afar, raining destruction on their foes.

Raised from the depths by bale-eyed High Priests, the great war-barges of the Ahmunite Empire serve their unloving masters once more. Their hulls now built from the polished bones of the Mighty Dead, their crews silent, tireless, the warfleets of the Empire of Dust prepare to restore glory to Nehkesharr.