Kings of War: Vanguard – Running a Campaign Part One

What’s that? You want more wonderful Vanguard coverage? Well, luckily for you blog readers we’ve got another exciting blog and this time it’s a big one… because we’re talking about campaigns! Right from the beginning, we knew that we wanted Vanguard to:

The latter is certainly one of the most exciting elements of Vanguard – and is one of the reasons we chose the tagline: ‘Your Warband, Your Story’. After all, these are the guys/gals/monsters/animals/weird floaty things that materialise from nowhere that you’ve handpicked and you’ll watch as their story progresses across games. You’ll no doubt give them all names (Barry the weird floaty thing that materialises from nowhere), cheer when they do well and burst into tears when they get wounded. Playing a campaign is an emotional rollercoaster. 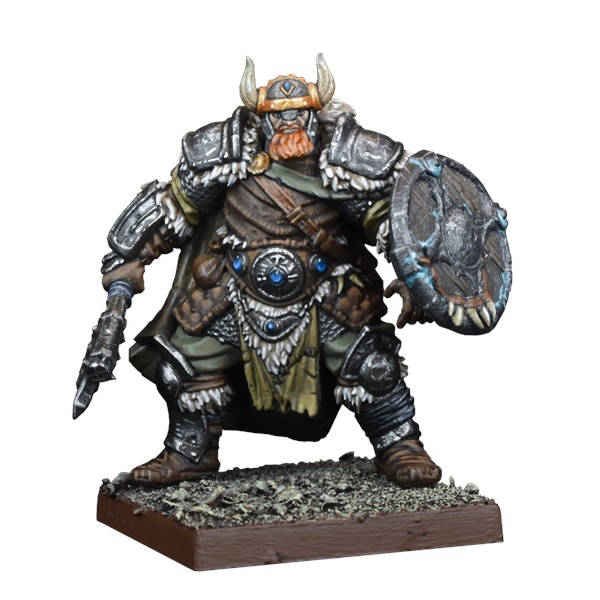 Just imagine watching in horror as your favourite Northern Alliance Huscarl (Geoff) gets taken out by a rogue orc.

A campaign begins by creating a Company. Unlike a one-off game, which has a recommended points limit of 200, when you create a Company you’ll have 400pts to spend on models, equipment and spells. Then when you play a campaign game, you’ll create a warband that costs 200pts. This ensures you can tailor your warband to the mission ahead.

You begin creating your Company by selecting a Leader. The Leader can be selected from any Command model class in a faction list, e.g. a Biggit in the goblin list or Abbess in the Basilean list. The model that is assigned as the Leader brings the following benefits to your Company:

However, the Leader isn’t the only role you can give to your characters. Vanguard allows you to create a Retinue – these are the elite members of your squad, the second in command. You’ll need to decide whether you want to have a large Retinue, which will cost cash, or a hardened few to lead the troops.

When creating your warband, the Leader is a free role to assign and you get a second retinue role for free too. If you want to assign any more than that, you have to pay 3 campaign gold per role. But what are the roles? Well, let’s have a look…

As you can see, the Retinue gives you some great options when it comes to creating your initial warband. If one of your Retinue members is unfortunate enough to die, then you can promote another member of your Company into the vacant role. You can even demote Retinue members if you feel they’re not pulling their weight in battle. 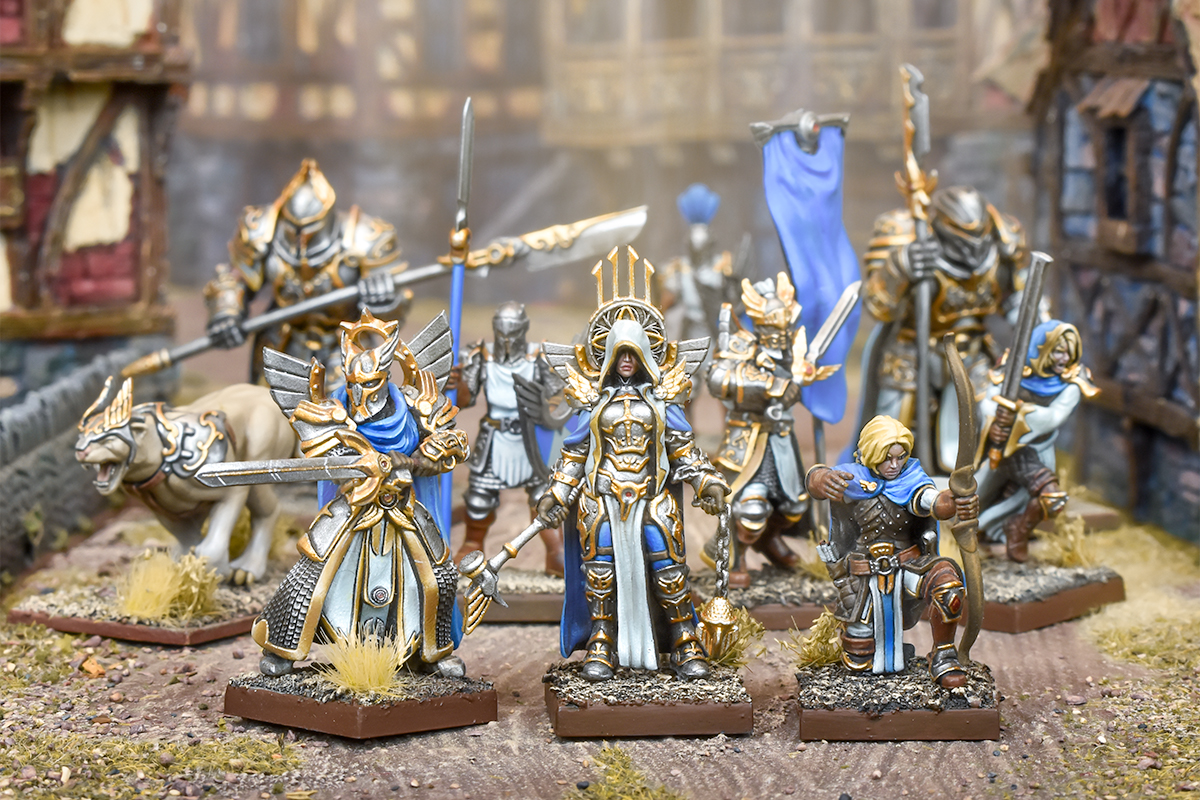 As we’ve mentioned models gaining experience and going up in rank, it’s worth quickly going through how this works in campaigns. Models (apart from Grunts) can gain XP in a variety of ways, e.g. surviving a mission (it’s harder than you think), killing an enemy model, retinue-specific bonuses, etc. Progressing up a rank will then ‘cost’ XP. For example, progressing from 0-1 only costs 3XP, but going from rank 3 to rank 4 requires 9XP.

Once you’ve gone up a rank you have a few options. For example, you can choose a core stat upgrade, a new special rule, power dice upgrade, etc. With regards to the new special rules, these are dictated by the model’s class. Command, Large, Spellcasters and Support can all learn from four new abilities, while Warriors can learn from eight different abilities – which makes them one of the most versatile options for a warband.

Thanks to the experience system, your characters are going to be very different at the end of the campaign, compared to when they started out. You’ll remember that time Geoff the Huscarl levelled up enough to earn the Headstrong ability, or Alan the Arcanist unlocked that all-important new spell.

In our next blog we’ll look at some more campaign elements, like equipment, casualties and exploration.

CAMPAIGN RULES ARE NOT INCLUDED IN THE FREE RULEBOOK – FOR THAT YOU’LL NEED THE FULL RULES, JUST CHECK OUT THE LINKS BELOW.

This book includes all of the core rules for playing Vanguard, including unit entries, scenarios,campaign system, advanced spells and abilities, and rules for tying your games into Kings of War!

Buy now
×
Select your currency
GBPPound sterling
USD United States (US) dollar
EUR Euro
This website uses cookies to ensure a user-friendly experience and for key pieces of functionality. By continuing to browse this website, you declare to accept the use of cookies.Accept