Kings of War: Vanguard – What are Power Dice?

Hello again Vanguard fans – or should we say Fanguards? No, ok, we’ll stop that then. With the two-player starter set now in stores, we thought this was a great opportunity to introduce Vanguard all over again. So, throughout the week we’re going to be diving into the game and exploring the gameplay and faction in detail. So far we’ve already covered the basics of Vanguard and how to build a warband.

In this blog we’re exploring one of key game mechanics: Power Dice. During the course of the brutal skirmishes between the small warbands, commanders will need to change their tactics on the fly. Battle strategies tend to get disrupted when a Despoiler is charging straight towards you! And so, to give players the option of adapting their best laid plans, we created the Power Dice.

These special dice come in three flavours (not literally, so please don’t eat them): red, white and blue. The red dice are the basic ones, giving you a maximum of two points of power to spend in a round, white also have a maximum of two points but you’ve got more chance of rolling a two and blue dice have a maximum of three points. At the start of each round you’ll automatically generate three red dice to spend during the course of that round. However, extra dice can be generated by the commanders, support and even spellcaster models in your warband, as you can see on the card below. 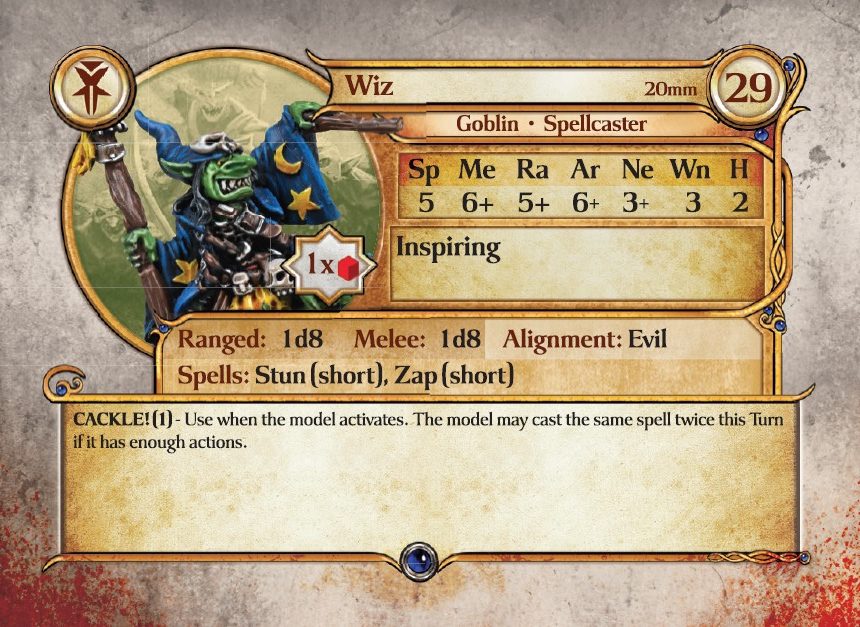 HOW TO SPEND ‘POWER’

Right, so you’ve rolled your Power Dice but what can you spend them on? Well, with the Power Dice we wanted to give Vanguard players the opportunity to increase their attacks, activate special abilities, use powerful Group Actions and lots more. In fact, there are eight different ways to spend your power during a turn. Take a look below:

Right from the start of development on Vanguard we knew that we wanted warbands and units to have their own range of special abilities. After all, these are meant to be the elite troops sent roving across the countryside of Mantica, so it’s likely they’ve picked up a trick or two along the way.

Special abilities cost power to use and the more powerful an ability is, the more Power you’ll need to spend in order to trigger it. The Warband Special Ability can be used by multiple models in a particular faction and are unique to that faction. Let’s take a look at a couple of examples below: 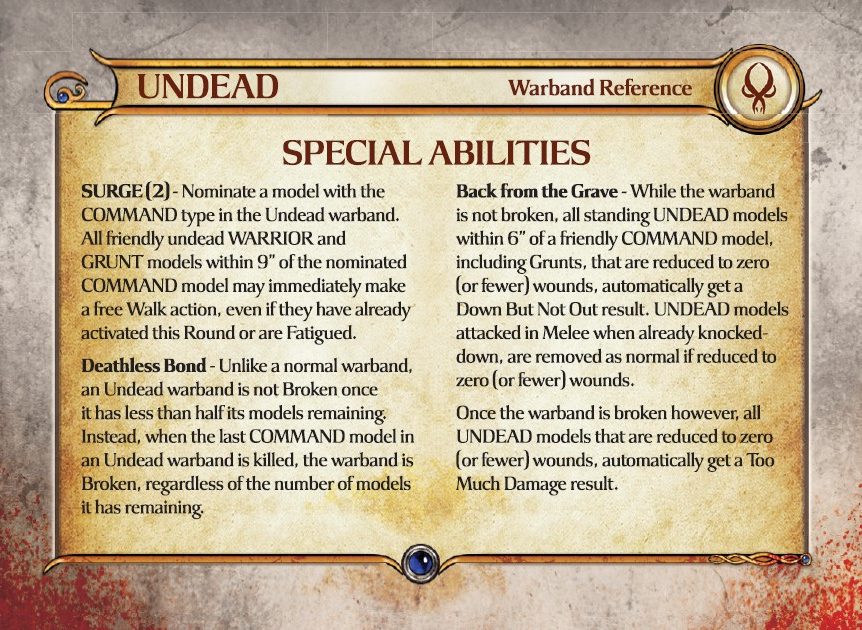 As you can see, most warbands have a number of special abilities that can be used or activated during a game. Some, like Deathless Bond, are always switched whereas others, like Surge, have a number after them. In this case the number is the amount of Power you’ll need to activate that ability. 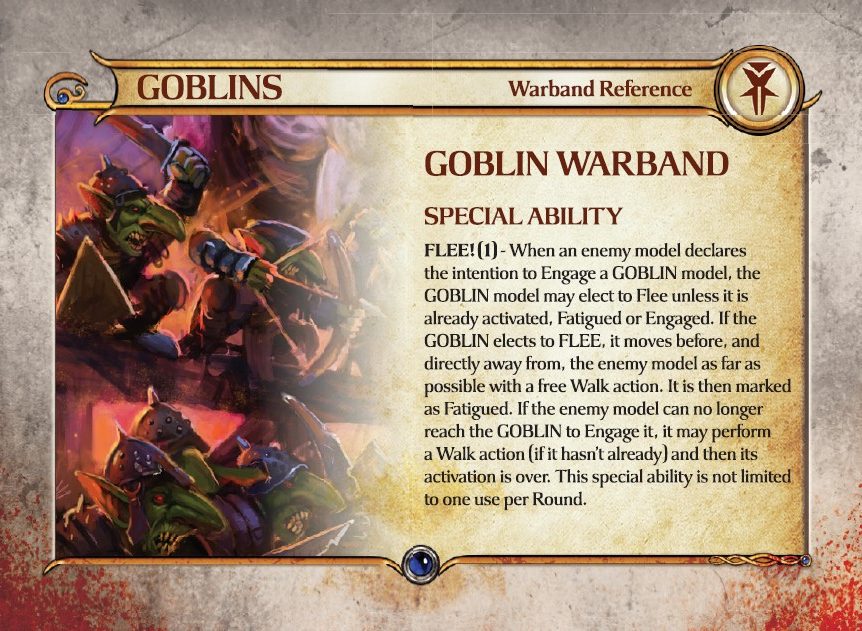 In keeping with the cowardly nature of Goblins, they can elect to Flee when an enemy charges into them. This is a great tactic for luring the enemy out of cover or into charging distance of another unit. To Flee you’ll need to spend 1 Power. 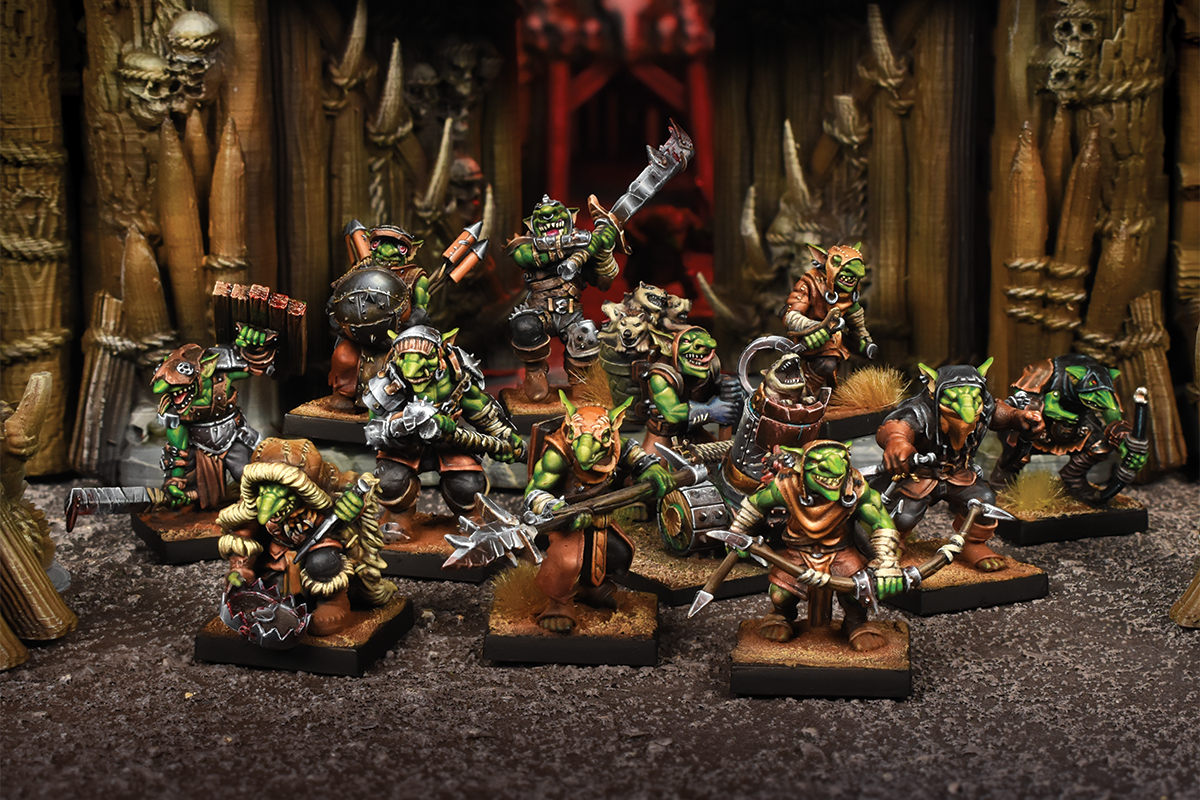 Along with the Warband Abilities that can be used by various units in a warband, you’ve also got the option to spend Power on Special Abilities that are unique to particular units. These can be anything from increasing the range of magic spells to extra attacks or defensive moves to avoid blows.

We won’t be able to go through them all here, but we can give a couple of examples… 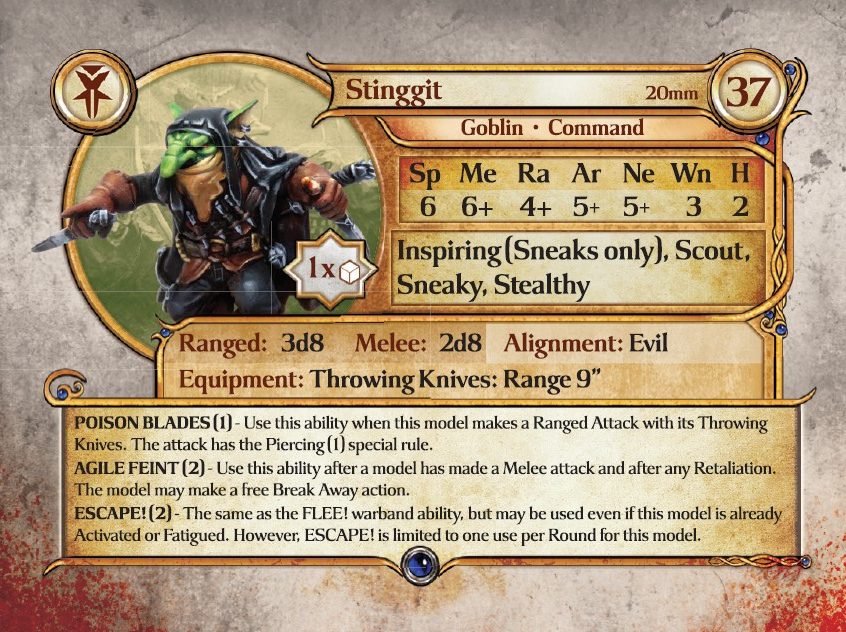 Sticking with the goblins, above you can see the Goblin Stinggit. This is one of the command options for your warband and the Stinggit has a number of abilities that can be triggered with Power. For example, if you spend one Power before making a ranged attack with the Throwing Knives, you’ll get Piercing (1) – this means your opponent will find it tougher to defend against the attack. The Stinggit also brings one White Power dice to the table too, which should help generate some Power to trigger these abilities. 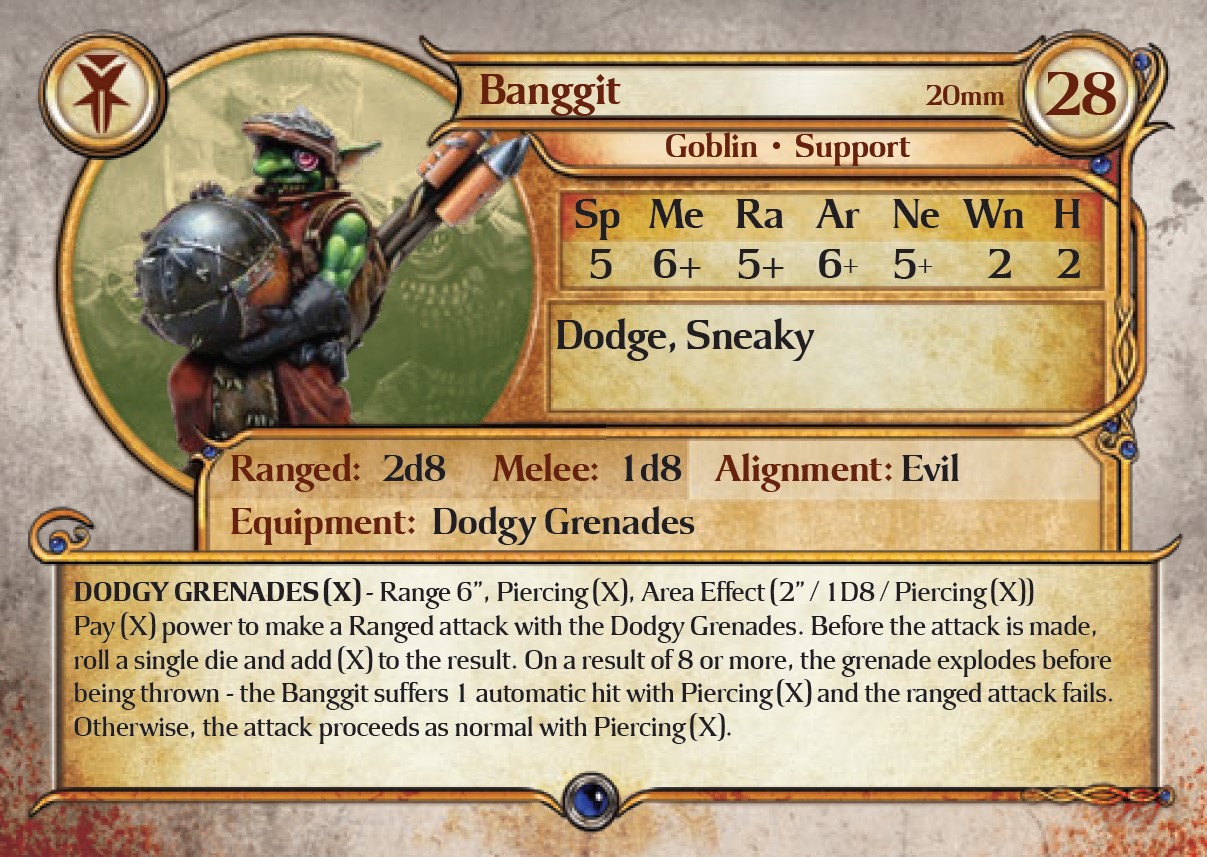 For some units, their use of Power is a little more complicated. Take the Banggit, for example, it can make the strength of its grenades more powerful (but more likely to explode) by adding more and more Power.

As you can see, Power plays a huge role in the game and can often be the key to victory. Come back later Fanguards (still a hard pass on that one, ok) for our next blog when we explain how Power can be used to trigger Group Actions.

REMEMBER FOLKS, YOU CAN DOWNLOAD THE FREE VANGUARD RULES HERE AND THE TWO-PLAYER STARTER SET IS IN STORES RIGHT NOW!

Buy now
×
Select your currency
GBP Pound sterling
USDUnited States (US) dollar
EUR Euro
This website uses cookies to ensure a user-friendly experience and for key pieces of functionality. By continuing to browse this website, you declare to accept the use of cookies.Accept