Kings of War: Vanguard – What is Fatigue?

We’re back blog of hot Vanguard rules action. After introducing some of the basic gameplay elements in our previous, we’re now moving on through more elements like combat, terrain, etc. Today we’re starting with another of Vanguard’s key concepts: Fatigue. A concept we may all be familiar with if you’ve had late nights trying to finish painting an army :p

As we’ve discussed previously, the core concept of Vanguard is based around small teams of elite fighters doing whatever it takes to get the job done. With this is mind we always liked the idea that individuals would push themselves to go above and beyond to take out that all-important enemy or grab an objective. This led to creation of Fatigue. 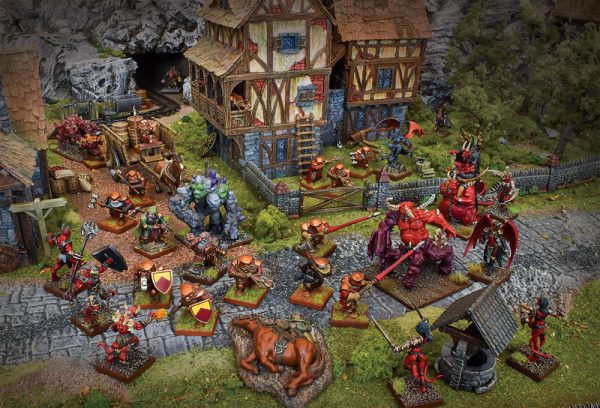 However, this extra short action comes at a cost and will Fatigue the model. In the following Round, a Fatigued model will have to spend a short action clearing the Fatigue before it can do anything else. As such, Fatiguing a model is a potential gamble because it limits their future options and could leave them open to attack – so you’ve got to make that extra action count!

Not all is lost though. Cast your mind back to our blog about Power Dice – or read it here – and you’ll recall that Power can be used to clear Fatigue at the end of the Round. Of course, the sacrifice here is that you’ll have to keep some Power in reserve, which means you can’t use all those sweet Group Actions or special abilities we talked about previously. Decisions, decisions.

Talking of Power, you can also do something called a ‘Forced Fatigue’ action. Normally the extra Fatigue action is performed at the end of a model’s normal activation. However, you can also spend Power to re-activate a model that’s previously been activated that Round (and isn’t already Fatigued) to give it an extra Short action. This will then mark the model as Fatigued, like normal.

This is a very powerful move, as it allows you to give an action to a model your opponent thinks they no longer need to worry about. For example, you may activate a dwarf Ironwatch to walk and shoot during its normal activation. With the dwarf now appearing to be out of actions, your opponent could move one of their models from behind cover and into the open. Now with a clear line of sight, you could play a Forced Fatigue action on the Ironwatch and take a shot at the enemy unit.

Ah yes, another great benefit of Forced Fatigue is that – unlike a normal Fatigue action – you can use it to perform any short action, it doesn’t matter if you’ve used the same action that round. For ranged units, it could be another Shoot action, for a fighter it could be another melee action or for Spellcasters they could even cast another spell. 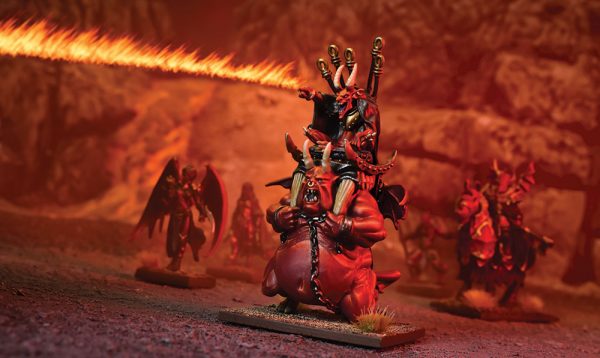 Fatigue and Forced Fatigue really help to make battles in Vanguard feel extremely fluid. You’ve got to keep thinking one step ahead of your opponent, and you should never take a unit for granted, until you see that all your opponent’s Power Dice have been used.

Will you be pushing your warband to the limit, or playing it safe?

YOU CAN READ MORE ABOUT FATIGUE AND FORCED FATIGUE IN THE FREE VANGUARD RULEBOOK, WHICH CAN BE DOWNLOADED HERE  – OR JUST USE THE LINKS BELOW.