We’re pleased to announce that a fantastic selection of new Kings of War releases are now available in stores, just in time for the Edge of the Abyss global campaign. From new heroes, to giant monsters and useful accessories, there’s something  for everyone.

The Edge of the Abyss global campaign – hosted by Beasts of War – starts on August 21st. Players will be able to decide the fate of Mantica, and the official map of the world will change depending upon the results. This is a fantastic opportunity for Kings of War fans to get involved and shape the future of the narrative.

Edge of the Abyss is a global campaign that will see the map of Mantica change, depending upon whether good or evil triumphs on the battlefield. Inside you’ll also find brand new heroes (and short stories introducing those heroes), new units, formations and more to bring your games of Kings of War to life.

The Battle of the Glades: Two Player Starter Set 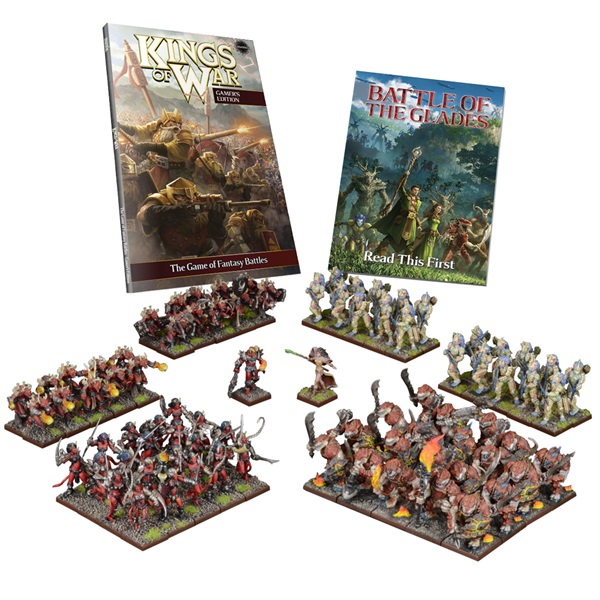 The perfect introduction to Kings of War, The Battle of the Glades includes starter armies for the evil Abyssals and mysterious Forces of Nature, along with a rulebook to learn how to play. Alongside this, the set also contains an exclusive scenario booklet that ties into the summer campaign and sees the Forces of Nature trying to stop the wicked Abyssals from uncovering an ancient artefact that could turn the tide of the war. 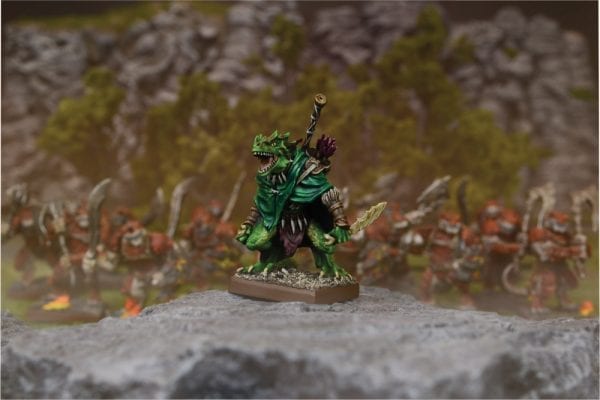 When her people are threatened by the spread of the Abyss, Artakl must travel far away from her warm homeland on a secret mission that could change the war. 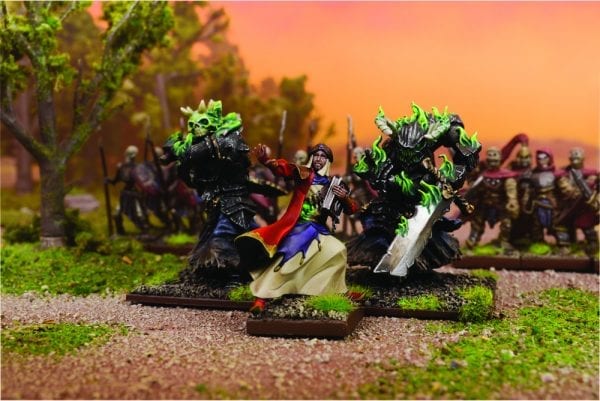 An academic obsessed with the mysterious Ophidians, Jarvis was shunned and cast out by his colleagues. He stole an ancient Ophidian tome and is now on the run in a world at war. 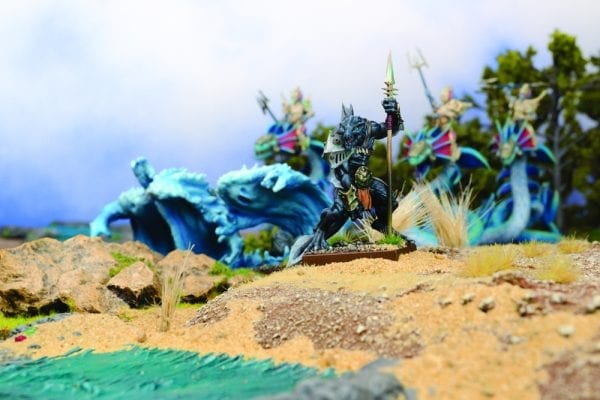 All manner of creatures answered Nature’s summons to war, including the aquatic Placoderms. Eckter is determined to fulfill his duty and preserve the balance of the world; no matter the cost. 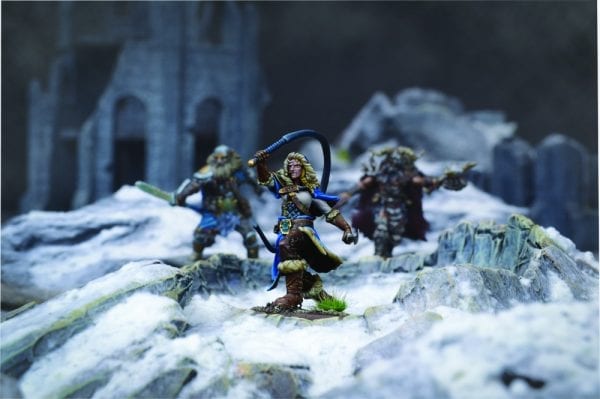 Since leaving her clan, Magnilde has roamed the lands surrounding the Abyss, determined to prove loyalty to her god, Korgaan, by bathing herself in the demonic blood of her foes. 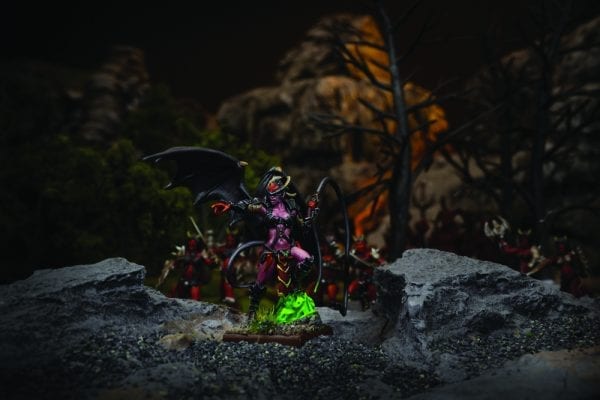 Alluring and deadly, Mau’Ti-Bu-Su seeks a powerful artefact for her infernal masters. She has easily infiltrated the world of mortals, bending them to her will with ease and killing them when they are no longer of use to her. 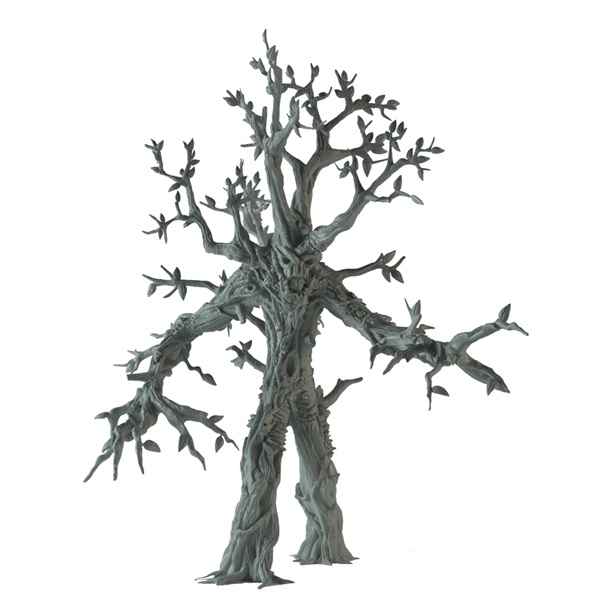 Standing approximately 150mm tall, this imposing beast will make a great centre piece for an Elf or Forces of Nature army. The forests of Mantica are dark and primordial – trackless leagues of untamed wildness. The ancient Tree Herders patrol deep within these woods, protecting their homes with age-hardened might. 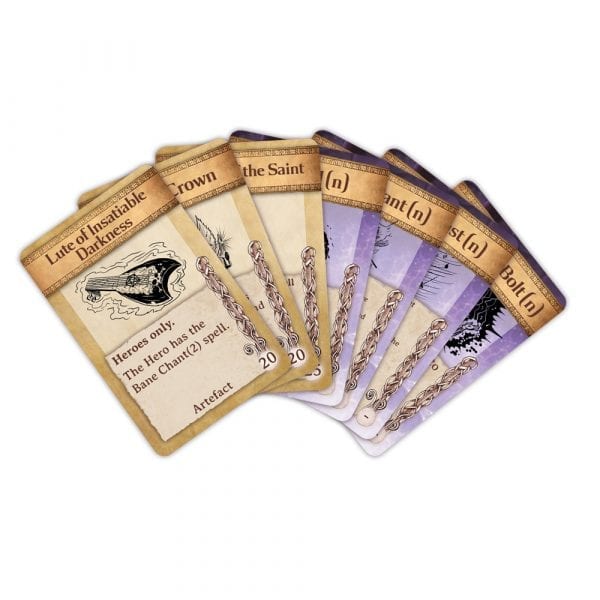 This deck includes the rules for every spell and magic artefact from the Kings of War Rulebook and Clash of Kings supplement, making them perfect as a reference during battle!

Rank up your large infantry and cavalry using the 40mm and 50mm plastic movement trays. You can either multibase your miniatures using the textured side or, if you’ve individually based your miniatures, slot them into the opposite side to hold them in place. Whatever you choose, it ensures moving your rank and file armies is an absolute breeze!