In the first of a new series, Hunter Bulkeley introduces you to the Kings of War factions taking part in the Edge of the Abyss summer campaign. First up, it’s the Basileans…

What is the Basilean Hegemony?

The Basileans are all that remains of the once great realm of men, the Republic of Primovantor. When Winter fell at the end of the Age of Ice, she melted the ice covering the world. The resulting flood created the Infant Sea and drowned most of Primovantor. The City of Golden Horn, second greatest city in the republic, however, survived, as did much of the eastern provinces. In the chaos, orcs invaded the weakened eastern lands, ravaging and torching its fields.

Surrounded by the broken bodies of his friends and countrymen, Bolisean called out to the Shining Ones and begged for aid. Legend says that Mescator, God of justice, appeared before Bolisean then and bade him to swear his people would forever worship the Shining Ones. Bolisean sealed this oath with his blood and the gods came to the land. They smote the orcs and in the wake of the battle, the Shining Ones drew the earth to the sky, forming the impossible mountain Kolosu. There they dwell, in a radiant city where no human dare tread. 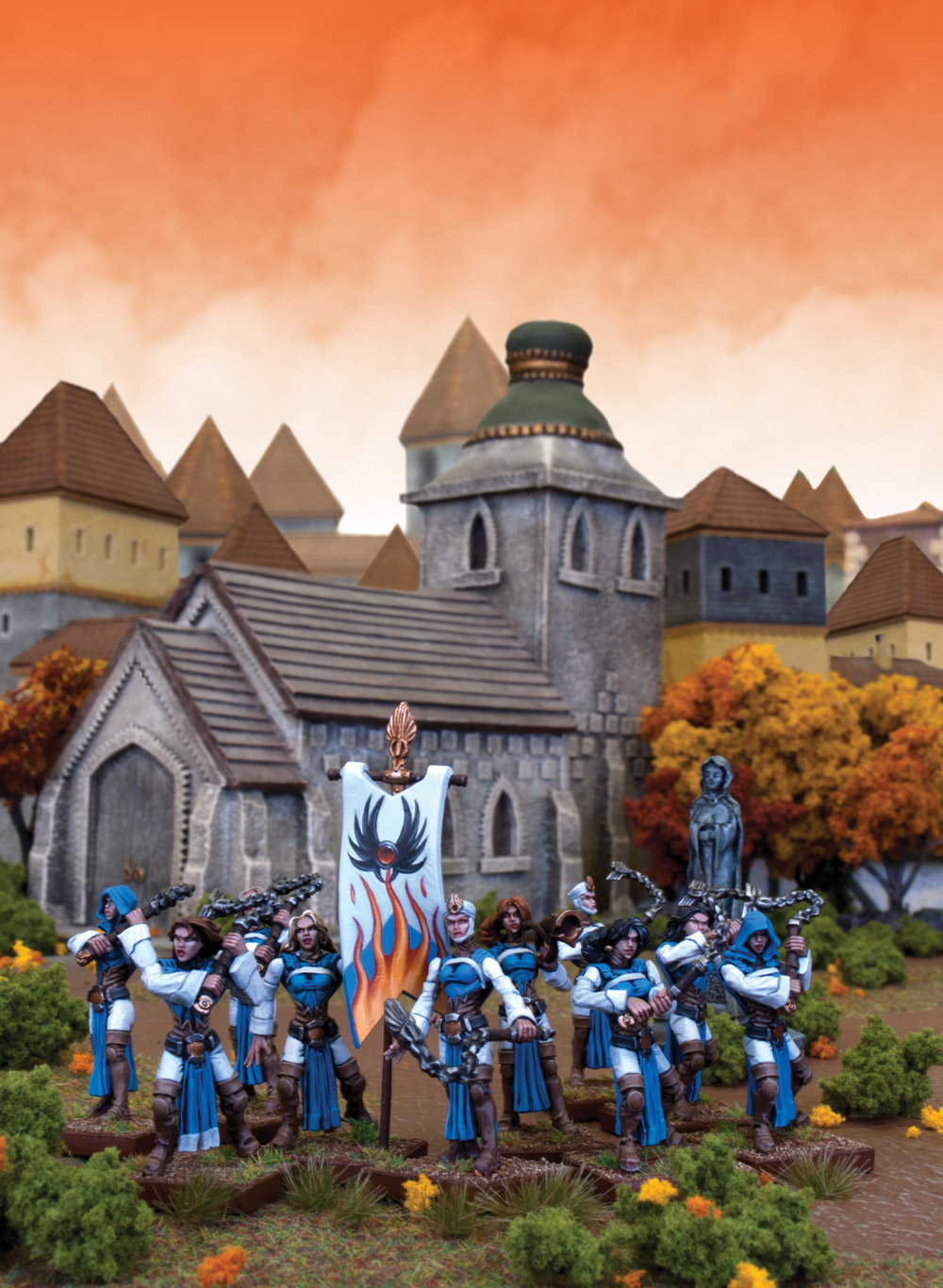 Bolisean went on to become the first Hegemon of Basilea, high priest and emperor both. The City of Golden Horn became a holy place. Quickly, the newly converted faithful erected temples to the twenty-three Shining Ones they worshipped. They erected seventy-five other structures in honour of the old Celestians, but these serve more as tombs to the fallen gods than places of worship. Priestly sects devoted to each of the gods debate theology and amass fortunes through their influence. Beside the five provincial governors and the hegemon himself, the priests control the most power in Basilea.

And to hold power in Basilea is to hold power over the largest human nation in the world. The Hegemony stretches from the edge of the Abyss to the Dragon Teeth Mountains, from the Forest of Galahir to the Ruins of Difetth. Its neighbours do not appreciate the Hegemony’s arrogant certainty in their faith any more than the Basileans approve of their heretical beliefs. The dwarfs of Abercarr grumble about their ancient capital of Difetth in the hands of surface dwellers. They shout over Basilea’s control over their trade with the rest of the world. King Golloch, the king of the Dwarfs, drunkenly swore to take the City of Golden Horn and tear down its gods. To the west and north the Successor and Young Kingdoms chafe as the Hegemony tries to exert its will over them. Worst of all, the Basileans stand at the forefront of the Abyss, holding back the tide of infernal horrors from consuming the world. 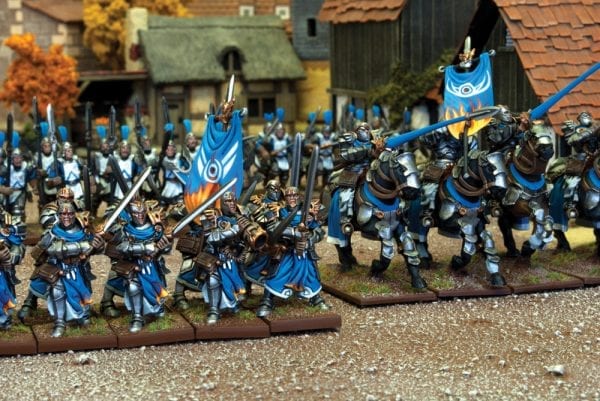 To face these threats, Basilea raises vast armies of holy warriors. Paladins imbued with divine fury battle for what is right. The Elohi and Ur-Elohi, the angelic servants of the gods, advise and fight alongside the Basilean armies, bolstering their resolve. Basilea’s sisterhoods of nuns ride panthers into battle and the seventeen fiery phoenixes patrol their skies. Across its vast domain, these holy legions march, to do battle with abyssal horrors and cleanse the world in purifying flame.

Like the standard human army, the Basilean list is very flexible and armies can be constructed with very different themes and purpose. The army is excellent at healing and removing damage inflicted on it and has some very fast and hard hitting units to pick from. The army is not very impressive in terms of ranged combat however, preferring to deliver the Basilean message to non-believers face-to-face (or rather mace-to-face). Statlines are middling as you’d expect for humans, but they are somewhat braver than their Kingdoms of Men counterparts. 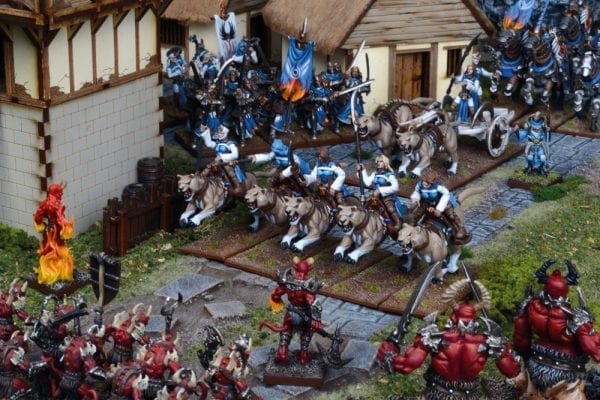 Blocks of Men-at-arms are accompanied by Paladin Knights on foot or on mounted warhorses. The Basilean Sisterhood can be represented on foot or as light cavalry on their speedy panthers and chariots. Flying high above the army, the angelic and awesome Elohi are ready to sweep down and purge the unworthy from the world. The majestic phoenix is a nice monster choice and the hero options are powerful with High Paladins, War-wizards and Ur-Elohi.

If you’re inspired to smite your enemies with the power of Basilea, you can use the code BASILEA10 to receive 10% off the Basilean Army on the Mantic website. Next time, Hunter will be introducing the Dwarfs.