In our continuing series, Hunter Bulkeley introduces you to the Kings of War factions taking part in the Edge of the Abyss summer campaign. Next in line are the Dwarfs…

Who are the Dwarfs? 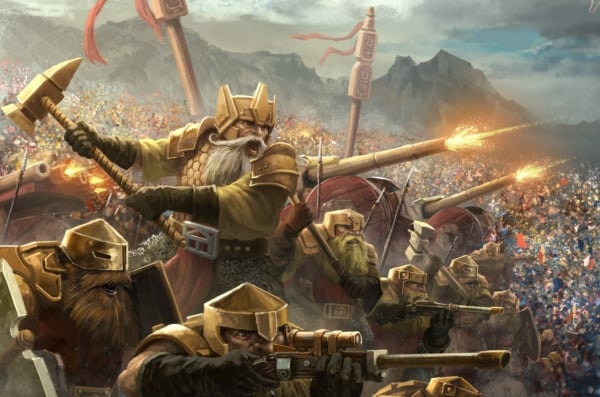 Standing perhaps chest high to most humans, the stubborn dwarfs feel most comfortable in the dark underground rather than beneath the open sky. Their great beards flecked with dust from their mines and wet with ale, spilled from shaking with laughter at the notion of living above ground. Thus, it is unsurprising that they claim descent from the goddess of those places. The story goes that the goddess of the underworld wept, for she would never have children. Those tears dripped through the caverns of the world and, over the ages, solidified into the first dwarf.

Ever an insular people, the dwarfs looked to their mines and tunnels even in the ancient time of the Celestians. It took the fervent pleas of Valandor the Great to persuade them to join the war against Winter. The dwarfs came to regret their decision; Winter’s flood swept into their holds, killing thousands of dwarfs. Anguished and mourning their dead, the dwarfs sealed shut their holds, turning their backs on the world. When they opened their gates once more, many would wish that they remained shut.

Under the long rule of King Golloch, the Imperial Dwarfs of Abercarr have turned their gaze upon the world again. Ironclad warriors march in lockstep like a well-oiled machine, while mad dwarfen warsmiths lead iron monstrosities that belch fire and spew iron from their maws. The Abercarri have conquered large swathes of lands from the surface dwellers. Where once those who dwelt above and below the earth could share land, now Golloch forces surface dwelling states to submit to his will.

This ambitious attitude runs the Abercarri afoul of the Basileans with whom they share a northern border. Where previously the Abercarri and Basileans peacefully coexisted, many dwarf masons having built Basilea’s southern cities, Golloch’s ambition has driven the two into conflict. Basilea even controls the ruins of Abercarr’s old capital, Difetth. Furthermore, Basilea’s ports are the only trade route open for the dwarfs to sell their goods to the rest of the world. The two nations continually butt heads over these two issues, coming to blows often. King Golloch has supposedly drunkenly sworn to topple the Basilean City of the Golden Horn.

Unfortunately for Basilea, a dwarf keeps his promises. Though the elves may have the longest lives, the dwarfs have the longest memories. They will call upon contracts and alliances made a thousand years ago and expect them to be honoured. To a dwarf an oath is an oath, whether made drunk or sober.

Thankfully, not all dwarfs follow King Golloch. Under the Halpi Mountains lies the dwarfen Freeholds, who owe no allegiance to Abercarr. The Free and Imperial dwarfs only communicate over the Great Cataract, a vast waterfall that can only be cross via ferries pulled by a great chain. They meet at Culloch Mor, a tree-cloaked rock with an altar of unknown origin at the centre of the falls. Other than this one neutral ground, the two groups keep away from each other. The Free Dwarfs have enough to trouble them in the north with the Abyss and their corrupted brethren. Still they worry that when Golloch tires of his feud with the Basileans, he will turn his hungry eye northward. For in a world where nations have splintered and fallen to infighting, the Abercarri Empire is on the rise. 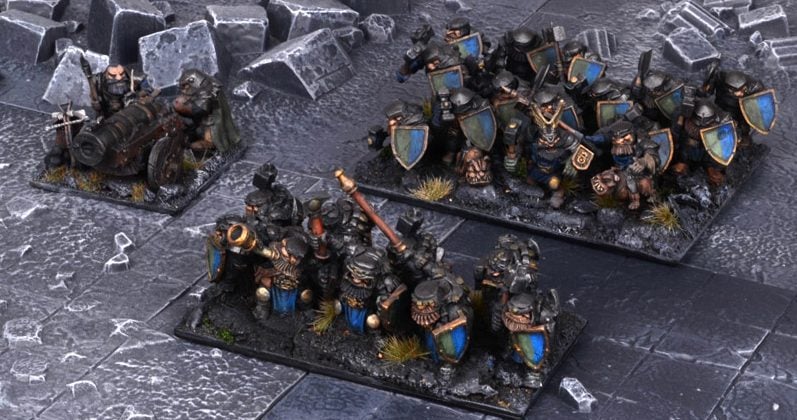 The dwarf army is typically stubborn and solid, as is their nature. Masters of engineering, they have a plethora of black-powder weaponry with which to batter their enemies from range (or in the case of the flamebelcher, close up!). While the core of the army is slow moving, they can surprise their opponents by unleashing the fast moving cavalry that nobody expects… 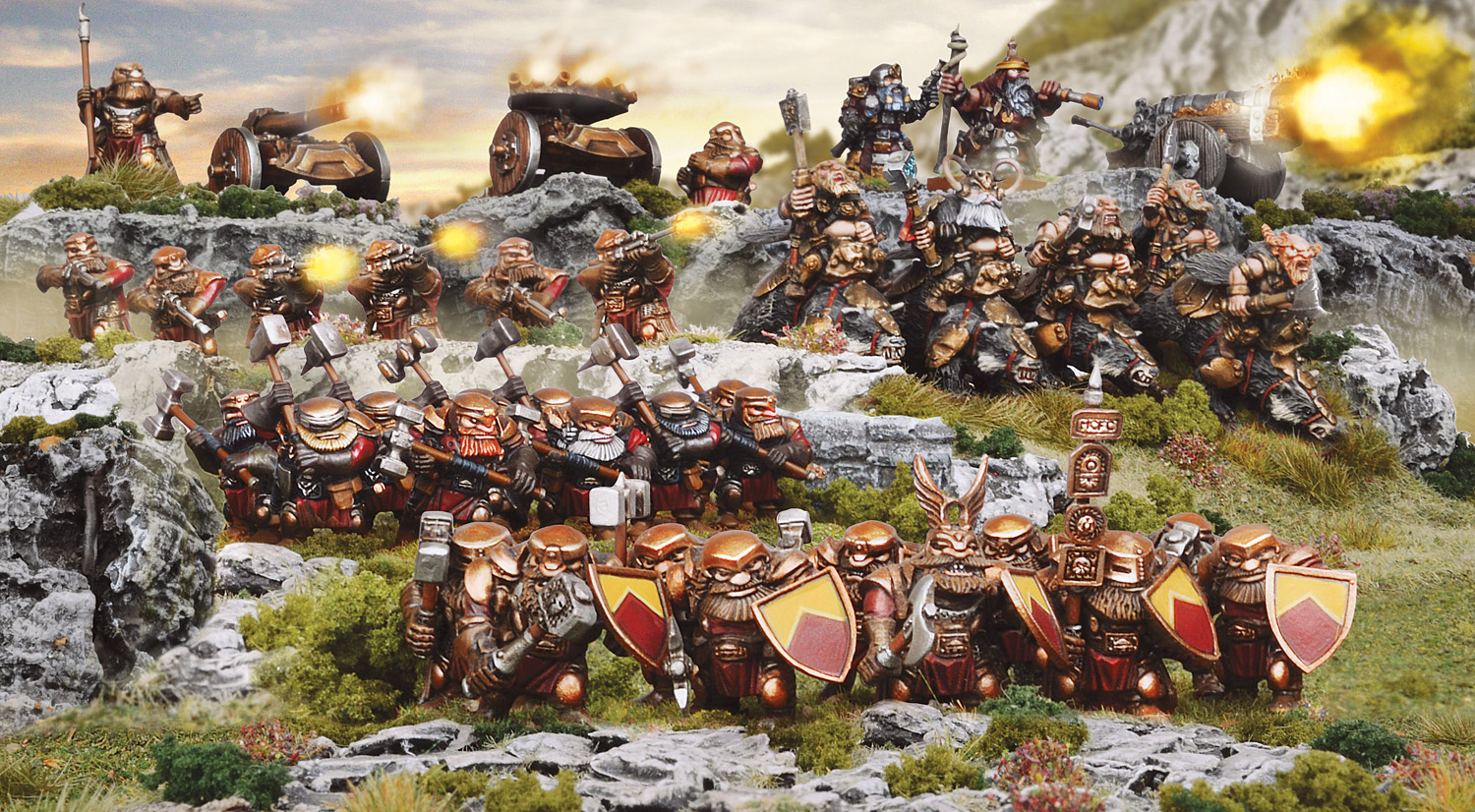 A solid core of one and two handed hammer units can be bolstered with spear wielding Bulwarkers. The Ironwatch can cover the slow advance or sturdy defensive line with crossbows and rifles while the cannon and flame belcher unleash their destruction from the rear. The last thing many opponents see is the glowing eyes of the earth elementals or the lethal claws and frenzied assault of the Berserker Brock Riders. That’s right: mad dwarfs riding angry badgers!

If you’re inspired to claim the lands above in the, you can use the code DWARF10 to receive 10% off the Dwarf Army and Mega Army on the Mantic website. Next time, Hunter will be introducing the Elves.