In our continuing series, Hunter Bulkeley introduces you to the Kings of War factions taking part in the Edge of the Abyss summer campaign. Today, he focuses on the haughty Elves.

Who are the Elves?

Once a proud race, the envy of all other mortals, the elves have fallen far indeed. They once boasted the greatest mage who ever lived, Calisor Fenulian, but by forging the Fenulian Mirror, he shattered the Celestians themselves. In the wake of the God War, the Elves became a broken people. Time and again, they have been stuck by betrayal and catastrophe, some of which have affected the other races of Mantica. Most recently, Mhorgoth the Faceless, the greatest nercomancer of all time, was unwittingly unleashed upon the world after being educated in the ways of magic by the elves… a mistake they will not rush to repeat.

Though their lofty pride remains, the elves are a fractured and bitter race. Winter’s Flood slew half their race in an instant. Those that remain have split into several fractured Kindreds, each with their own customs and prejudices.

The Northern Kindred claim to be the most powerful Kindred, counting Mage-Queen Laraentha, the figure head of the elven people, among their number. In addition, the Twilight Glades and the capital Ileuthar, sacred realms to the Elven Kindreds, lie within their borders.

The Sea Kindred broke from the Western Kindred when Winter’s Flood swallowed their lands. They now control the finest navy in Mantica and bear elven goods and trade across the world.

The Dragon Kindred hold the one remaining blessing of Calisor, a friendship with dragons. Only those of the Dragon Kindred may bond a dragon, granting this Kindred power disproportionate to their numbers.

Within the Mouth of Leith lurk the cruel Twilight Kindred. Favouring underhanded tactics such assassination and poisoning, they seek to return one day from the dark and conquer all of elven kind.

Roaming the eastern savannas in nomadic bands, the Eastern Kindred were once renowned the greatest artists and musicians in Mantica. Now, war with the Twilight Kindred has reduced them to a dour people, more skilled with a blade than a harp.

Within crumbling towers, the Southern Kindred stubbornly defy the ever-expanding Ophidian desert, though it has long since claimed their cities bellow. Vast libraries of knowledge may lie within their towers, but arrogant and suspicious, they allow no scrap of this knowledge beyond their walls.

Reclusive and utterly hostile to outsiders, the Ice Kindred hide away in the Bitter Lands. Their King Tyris is the only one who can open the frozen gate which bars the bridge into the Bitter Lands.

Though not a proper Kindred, a small contingent of elves have set up in the Winterlands under the rule of Prince Talannar Icekin, the exiled son of King Tyris. His frozen city of Chill has gathered all sorts of distasteful races to it, though what Icekin plans remains unknown. 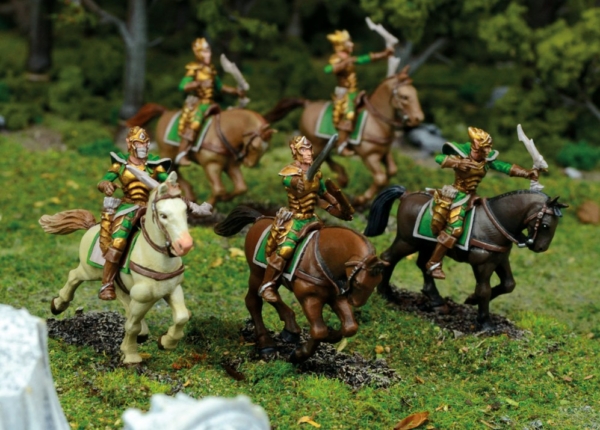 Believing that the elves originated in the forests, the Sylvan have sworn themselves to the service of the Green Lady, at least in her capacity as a Shining One. Despite their split allegiance, the Mage-Queen Laraentha counts many Sylvan amongst her closest confidantes.

Truly, the elves are a broken people. Only in their city of Ileuthar do they come together as one. All the Kindred are welcome and old grievances are set aside. No blade may be drawn or spell cast. With tensions between the elves rising ever higher, however, one must question how long till the conflict breaches Ileuthar’s walls.

The elf army is an Elite one (and it’s no surprise most units have the Elite special rule!). The basic elf statline is above the norm and the average unit will be able to go toe-to-toe with most enemy units. They can field a formidable bowline as well as a solid defence of spears. They have some excellent hitting power in the shape of their cavalry and flying options and the high speed needed to get such units into combat. The downside is that they are expensive and a typical elf army will have less units on the table than their opponents. 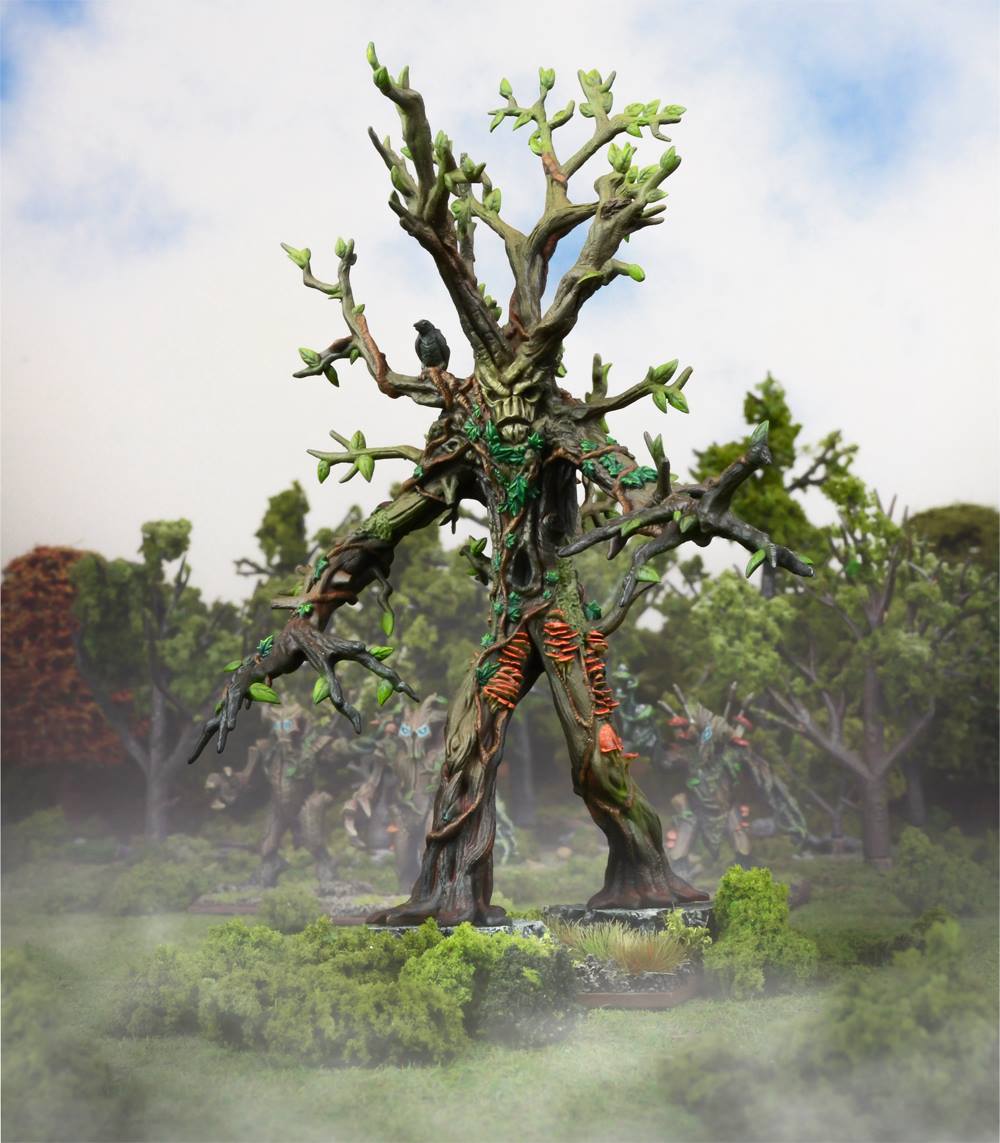 Elven scouts, bowmen and spear units form the army’s core. Stormwind heavy and Drakon flying cavalry options. Palace Guard are hard-hitting combat specialists and you have access to Hunters of the Wild, Forest Shamblers and Tree Herders too if you want an arboreal flavour. There are good hero options with the Mage providing solid magic support while the Dragon Kindred Lord provides for a lethal, if expensive, punch to the army.

If you’re inspired to march to war as the Elves, you can use the code ELF10 to receive 10% off the Elf Army and Mega Army on the Mantic website. Next time, Hunter will be introducing the Kingdoms of Men.