Kings of War Summer Campaign: Introduction to the Forces of Nature

In our continuing series, Hunter Bulkeley introduces you to the Kings of War factions taking part in the Edge of the Abyss summer campaign. Today, he focuses on the mysterious Forces of Nature.

Who are the Forces of Nature? 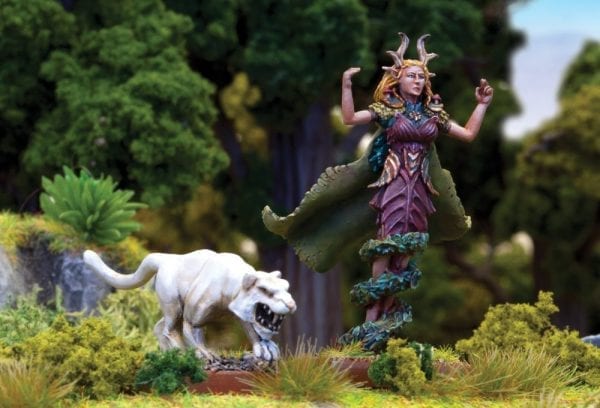 Elinathora’s shattering of the Fenulian Mirror shattered the Celestians as well. They broke into two aspects, one Shining, one Wicked. One Celestian, however, sought to remain as herself. The Sylvan Kindred speak of how the Green Lady bound herself to the spirits of the trees and earth, holding herself together. However, this binding merely forestalled the split. In order to stabilise herself, the Green Lady tracked down and merged with the Wicked and Shining aspects of the former Celestian, Liliana. Only the Green Lady knows why she chose Liliana, perhaps it was because the Wicked One had retained some sense of tormented morality. Whatever her reason, this fusion resulted in a new tri-form entity, one part Wicked, one part Shining, and one part true Celestian.

Each of these aspects rules her mind, depending upon the world at large. When the world tips towards evil and the Abyss’s power rises, her Shining aspect leaps forth to defend the world. Spirits of fire, earth, air, and water surge forth at her command, smiting the threat. Naiads slip from their streams and centaurs emerge from the forests. Hydras and scaled salamanders ride to battle in force. Even the trees themselves uproot and march at the Green Lady’s call. Should good ever gain the upper hand, however, her Wicked aspect assumes control. Those same forces which once fought against the tide of evil will turn on the noble races. For whatever aspect she inhabits, the Green Lady’s Celestian heart yearns for balance above all. She seeks both preservation and change in equal parts. 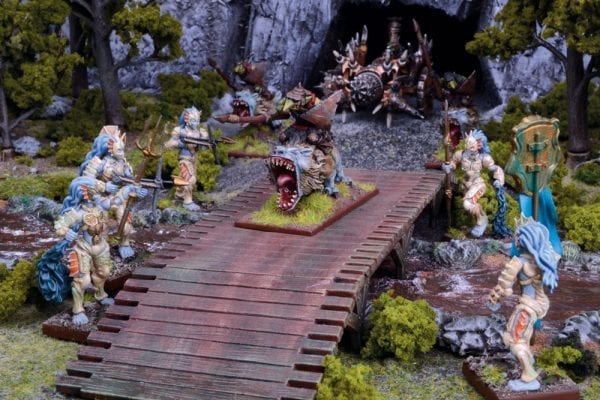 Whichever aspect she assumes, the Green Lady can make her power felt throughout all of Mantica. Wherever nature lies uncorrupted, the Green Lady holds sway. Her reach extends from the Ice Mountains to Elvenholme, from the Vale of Imlar to the Croguedd Pass. It transcends national borders and the wills of rulers. However, nowhere is her power more felt than the ancient Forest of Galahir. While as a Celestian, she is likely not truly bound to a single body, the avatar she chooses to inhabit most often dwells within those sacred glades.

Some lands do lie beyond her sight. The Green Lady cannot peer into cities, for even the parks within them are constructions of mortals. Still, only the Abyss, a festering sore on the face of the world, lies truly beyond her reach. To compensate with her limits, the Green Lady once ensnared a mortal man and taught him the secrets of the shrouded wood. He swore an oath of peace, giving up his violent ways. More soon followed in his footsteps and thus the order of Druids was born. Druids walk the land searching out threats to the balance of the world. Since they can understand the mortal heart better than the Green Lady and go places she cannot, she largely relies on the conclave of Druid Elders in Galahir to determine whether a threat is worth counteracting. Lately, the druids have cast a worried eye toward the expansion of the Dwarven Abercarri Empire. Should King Golloch not halt his conquests soon, he may find himself facing the wrath of the Green Lady with Mantica itself behind her. 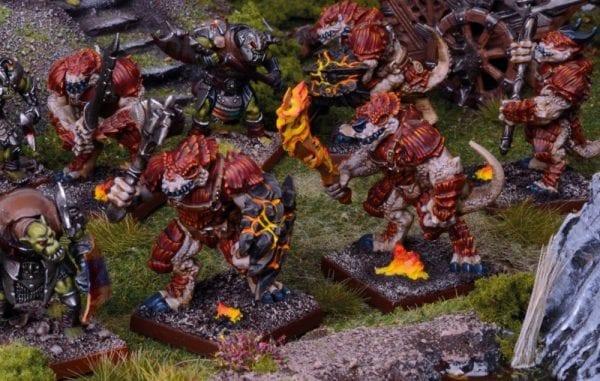 This is a very varied army and can have quite different play styles depending on the units you chose. You can have a fast army of Slyphs that launch themselves forward before the game begins, a plodding army of elementals, or you focus on infantry and cavalry options. Interestingly it doesn’t have big combat characters – instead the focus is on spell-casting druids which have the Surge spell and like the Undead, can use it on their shambling minions.

Starting with tough Elementals, (fire, air, earth and water) they share Hunters of the Wild, Forest Shamblers and Tree Herders with the Elf army, but they are better here with the powerful druids to back them up. There are fast Unicorn’s, Beasts of Nature and Centaurs who move fast and hit hard. The mix continues with Naiads, Sylphs and Salamanders: a truly varied army of the four elements, fairy creatures and the power of nature, it allows the imagination to run… wild.

If you’re inspired to fight for balance and the Green Lady, you can use the code NATURE10 to receive 10% off the Forces of Nature Army and Mega Army on the Mantic website. Next time, Hunter will be introducing his favourite army, the Ogres.