Kings of War Summer Campaign – War is Coming to Mantica

For centuries it has remained still, but The Abyss is growing. The denizens of this terrible place have finally unlocked its awful secrets and now it spreads like an open wound across the face of Mantica. Whatever gets in its way – woods, armies, farmlands, mountains, even entire cities – are swallowed into its chaotic depths, where they feed the fires of its cruel inhabitants.

This summer we’re organising a huge event for Kings of War that will let YOU change the face of Mantica forever. The Abyss is growing and spreading its wickedness across the land. The Forces of Evil, have been emboldened by its despicable energy and are amassing in the shadows ready to strike. Meanwhile, the Forces of Good will have to put aside their differences and unite, unless they want to be washed away by this terrible tide.

The fate of Mantica rests in your hands – will you watch it burn or fight to the bitter end to protect it? 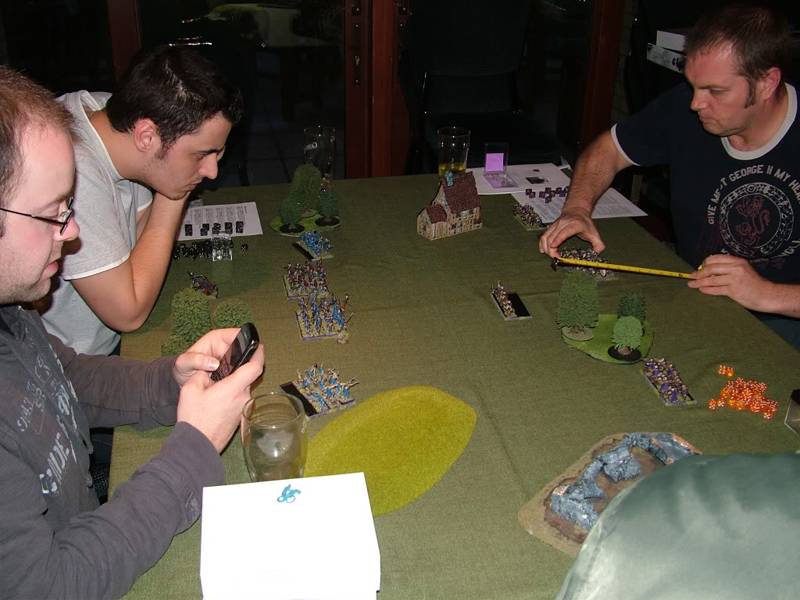 NOW’S THE TIME TO START PREPARING

Although the Summer Campaign is planned to take place between July and August, now’s the time to start planning the army you want to take to the battlefield. If you’ve always played a good army, perhaps you could experiment with the Abyssals or Orcs? Or perhaps you’ve always thought about starting a Dwarf army but needed a little inspiration. Maybe you’ve got an unpainted or unfinished army tucked under the bed at home? Well, the Summer Campaign is the motivation you need!

You could even start an entirely new army, like the Trident Realm of Neritica, which is available to pre-order now.

Over the coming weeks and months, we’d love to see the progress you’re making on your armies for the campaign so make sure you share them on the Mantic forums, Facebook and Twitter. We’ll also be looking at the different armies available to help you choose what side you want to fight for. 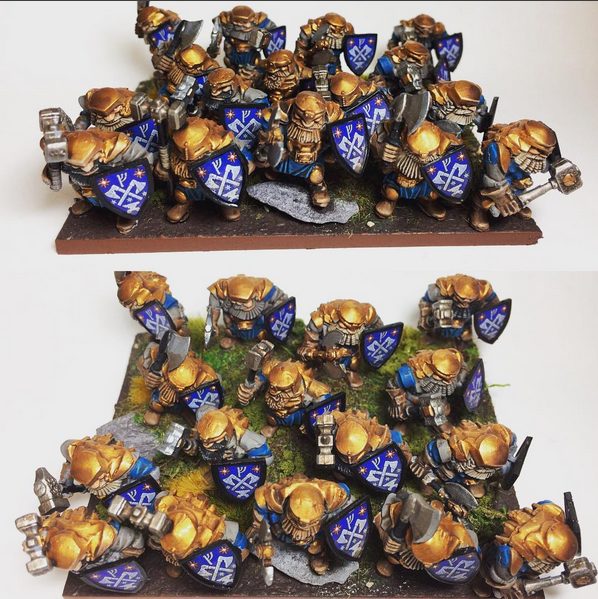 Rob our social media manager is currently hard at work on his new Dwarf army. So far he’s painted one unit (above)…and at this rate he might be able to take part in the Summer Campaign 2018! We’ll keep you updated on his slow progress.

WIN A KINGS OF WAR MEGA FORCE OF YOUR CHOICE 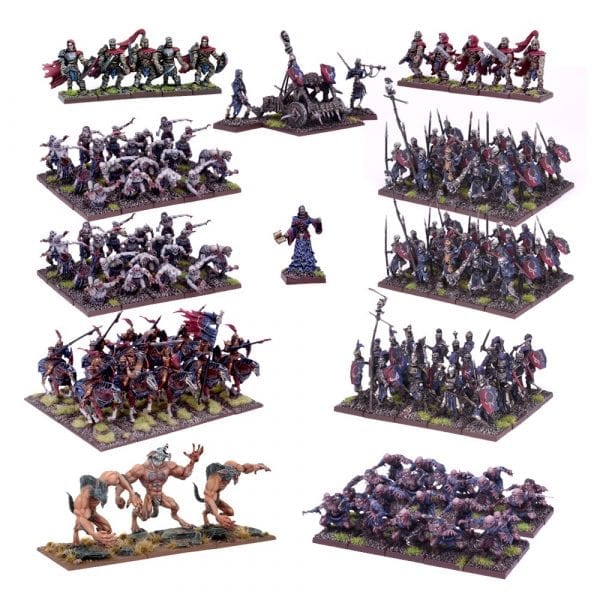 To provide you with a little extra incentive to finally start that new army, we’re giving you the opportunity to win a Mega Force of your choice. Starting from today until January 31st, each week we’ll select someone who orders a starter army from the Mantic website and upgrade their order for FREE to the corresponding Mega Force. For example, if you order a goblin army for £49.99, you could walk away with a Mega Force worth £99.99. Not bad, eh? The Mega Force will give you plenty of hobby time before the campaign kicks off.

USE YOUR ARMY FOR CLASH OF KINGS 2017

Even better, once you’ve prepped your army for the Summer Campaign, you can then take it to the UK’s biggest Kings of War tournament: Clash of Kings. After a sell-out event in 2016, we’re increasing the number of players and tickets are going fast. Make sure you order your ticket now!