Kings of War: Vanguard – what are Power Dice?

Kings of War: Vanguard will be launching on Kickstarter soon. Throughout this week, we’ll be exploring the game in more detail and giving you a taste of the rules. In today’s blog, we’re introducing the Power Dice.

When it came to writing the rules for Vanguard we knew that we wanted to bring over some elements from the excellent Deadzone 2.0… without making it a complete clone. With that in mind, one of our favourite aspects from Deadzone is the concept of Command Dice.

Just in case you’ve never played Deadzone before, Command Dice are six-sided dice you roll before each round. Each face has a symbol on, which represents a special move you can pull off during the game, e.g. moving an extra character, adding an extra dice to combat rolls, etc. The reason we like the Command Dice is that they represent the chaos of battle. Sometimes orders simply don’t get through properly so no one is clear what they should be doing but then the next minute your commander can be rallying the troops with their inspirational leadership. 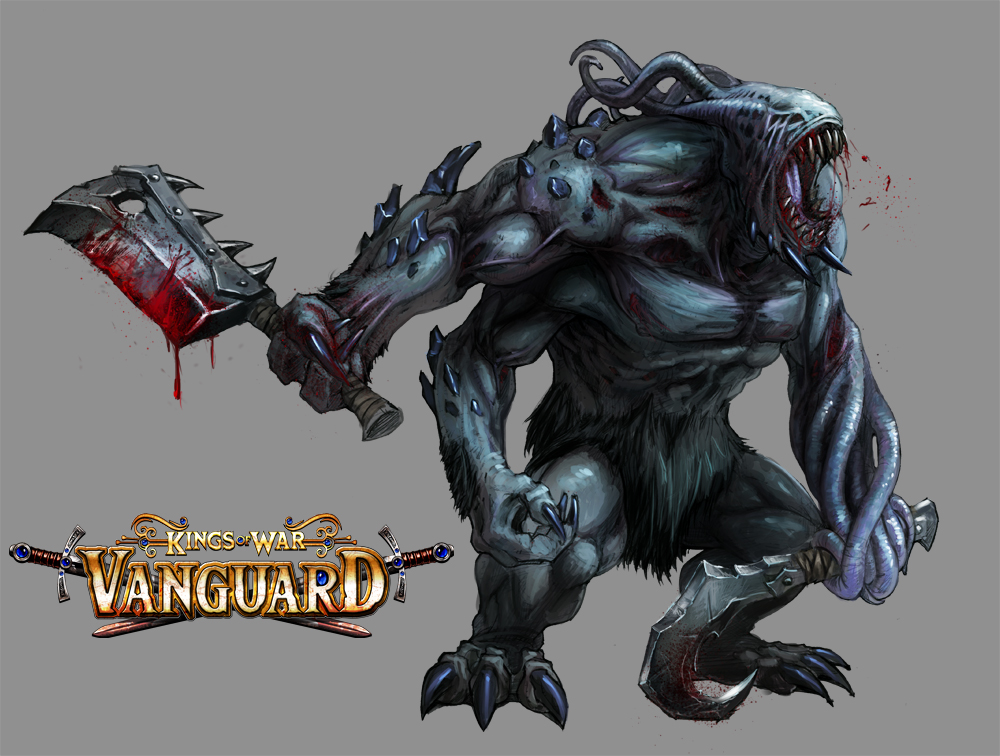 Initially we were actually using the same Command Dice in Vanguard but the results were mixed. The problem is that although we could give different warband leaders different amounts of dice, ultimately you would occasionally roll a result that was completely useless in the game.

Another issue is that special abilities are tied to the use of Power Dice, so if you rolled the wrong result at the start of the turn, you might not be able to use your ability. Finally, it meant we were restricted on the cost of special abilities because you couldn’t have more powerful ones that required two or more command icons to be ‘spent’ in order to use them.

YOU’VE GOT THE POWER

Somewhat ironically, the answer was almost staring us in the face. The Walking Dead: All Out War comes with three differently coloured dice that are used for combat (red – weakest, white – slightly better and blue –best). These dice come with differing amounts of stars on (up to a maximum of three) to represent the amount of successes rolled. 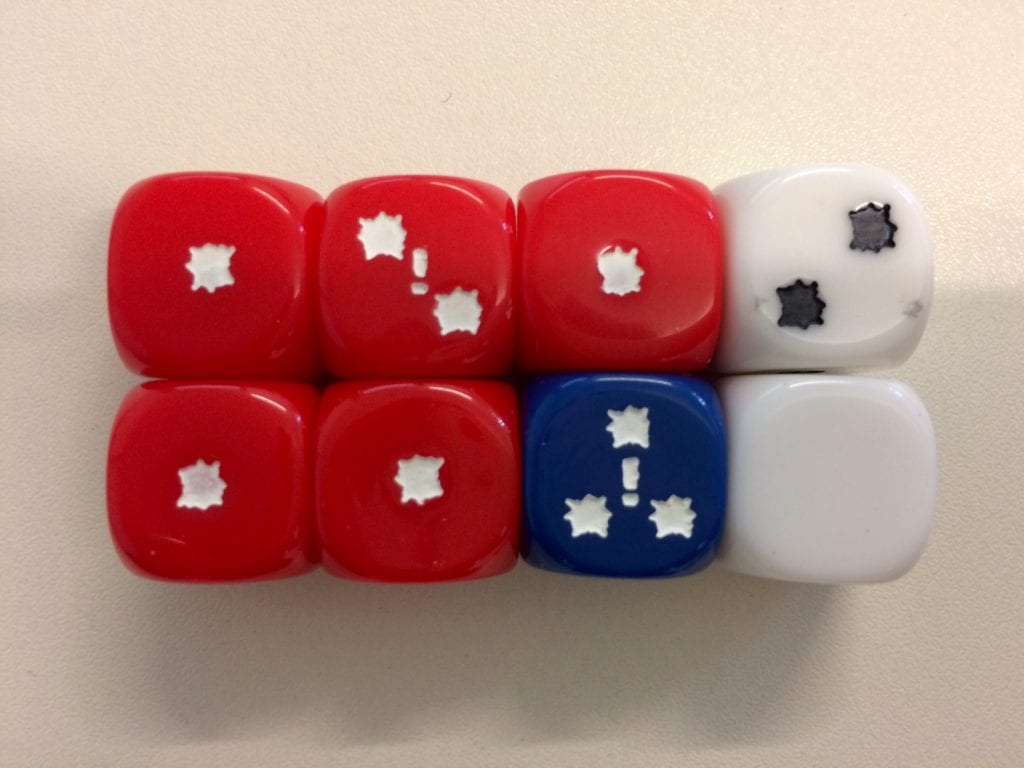 During one of our playtest sessions we started to use the Walking Dead dice and they were much better than the original Deadzone dice. But why?

So, now that you understand how we came up with the concept of Power Dice, how will you spend them during the game?

The Power Dice are an integral part of Vanguard that really help to create those cinematic and exciting moments you expect to see in a skirmish game. What do you reckon? Are you feeling the power?