Kings of War: Vanguard will be launching on Kickstarter on November 1st. Throughout this week, we’ll be exploring the game in more detail and giving you a taste of the rules. In today’s blog, we’re highlighting the importance of terrain and scenery.

Although terrain won’t be as fundamental to Vanguard as something like Deadzone, it will still have an important part to play. This will come in two forms: scenery as obstacles and barriers, alongside scenery that will become objectives in a particular scenario. Today, we’re going to have a look at the former and explain how terrain will play an important part in combat.

First, it’s worth mentioning that – just like Kings of War – models and terrain will all have a height value. This is used when determining line of sight and cover. Models all have their height value listed on the stat card, while terrain can be decided before a game starts. What’s more, when a model is standing on a particular piece of terrain, then you combine the numbers to give you the total height.

LOS from your model to an enemy model is considered Blocked if a line to all parts of the enemy model’s base passes through:

LOS from your model to an enemy model is considered Partially Blocked if: 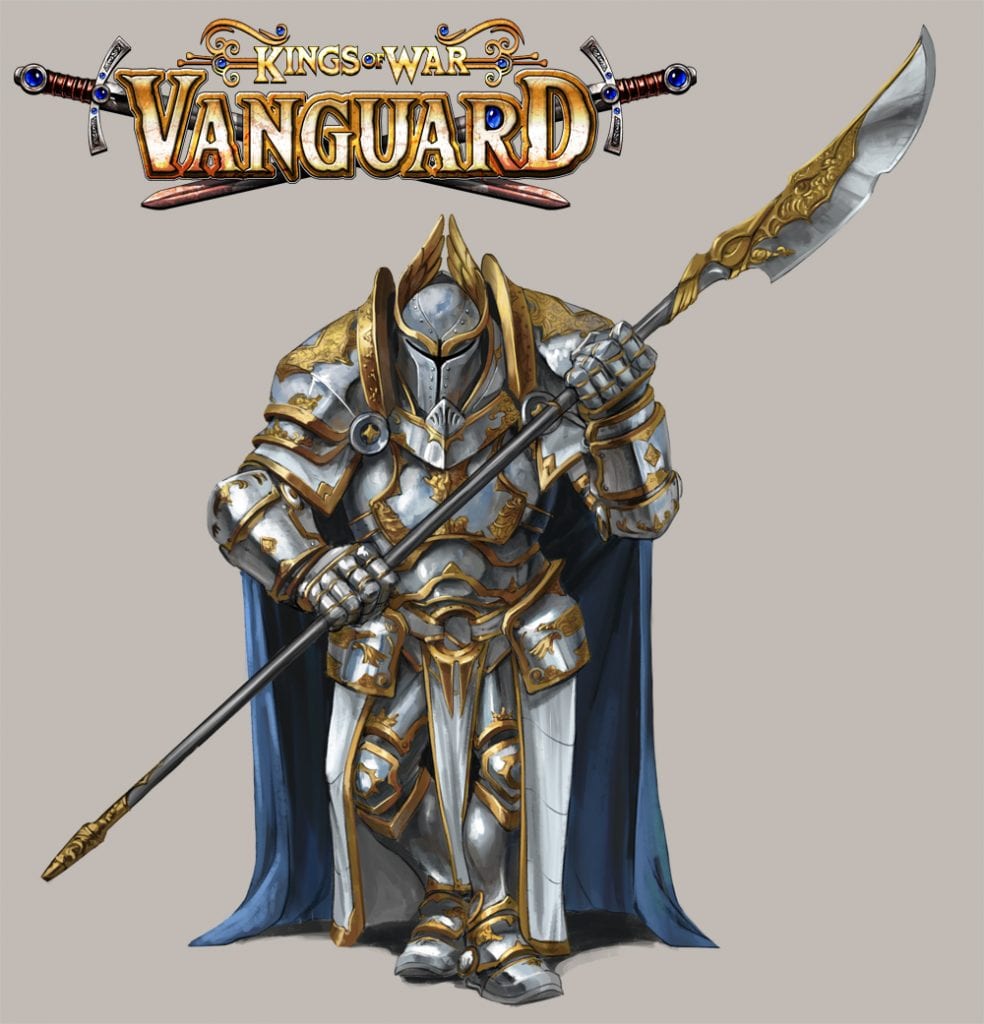 In Vanguard, the different types of scenery and terrain that are used are classified into the following types.

Areas of flat open grass, road, or any other clear swathe of land is considered to be Open Ground. Open Ground doesn’t impede a model’s movement in any way.

Obstacles are linear barriers that may lay in a model’s path as it moves. Examples are walls, hedges and fences. Obstacles up to the height of the model cost 2” of movement to cross over, regardless of how fast the model is moving. Anything taller than the model will need to be climbed up and over. Obstacles will often provide cover for targets behind them as they can cause Line of Sight to be partially blocked. What’s more, if a defending model is on the other side of an obstacle and the attack is in its front arc, its Armour is 1 better for this Armour roll, as if it were Braced. Finally, when fighting across an obstacle, there’s no need to Break Away, if you want to disengage an enemy.

Areas of Difficult Terrain should be clearly defined with an obvious boundary. Unless the players agree, or a scenario specifies an exact configuration of the elements within the area, they are simply representations and can be moved to make model placement easier if required (e.g. you may need to move a tree to one side to make room for a model that has moved).

Some terrain simply blocks movement. Solid buildings, lava pools, large rock pillars are all good examples. Models cannot move into or on top of Impassable Terrain and must move around it.

Finally it’s worth noting that models can jump (or fall!) down their Height in inches for no penalty. The vertical distance is counted as part of the model’s movement. Models jumping or falling further than this take n potential wounds with Crushing Strength (n), where n is the difference between the model’s Height and the distance to the ground, rounding down.

TerrainCrate – our new range of fantasy scenery – will certainly come in handy when it comes to creating an awesome Vanguard setting. Hmm… wouldn’t it be good if there were some Vanguard-themed TerrainCrate pieces…