Look into the Eye of the Abyss

There’s a new Expansion for Dungeon Saga out later this month – The Eye of the Abyss – but just like the adventures of your heroes in Dungeon Saga, all is not as it appears.

Many of you will be familiar with Dungeon Saga and its other Expansions at this point. Each of these new sets offered new heroes and a new campaign to fight through for your adventurers, along with all of the miniatures to add to your core game to play. The Eye of the Abyss, however, includes much more than this. 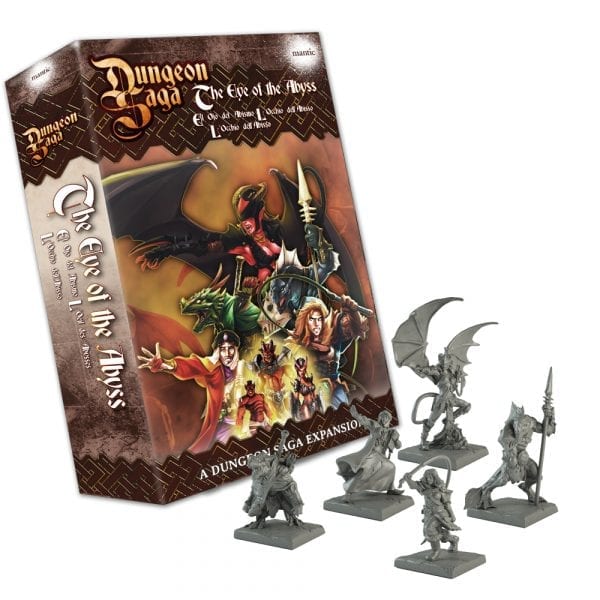 Like other expansions, there’s new heroes and villains for your games. The heroes of the Kings of War Summer Campaign reappear in single-piece resin miniatures that slot into their own detailed bases. They are Artkal, the Ghekkotah Clutch Warden, Eckter, the Placoderm Defender, Magnilde, The Varangur Demon hunter and Jarvis, the Ophida-Obsessed Mage. Acing off against your new heroes is Mau’Ti-Bu-Su, an Abyssal Temptress. There’s also 9 of the Plastic Abyssal Minions, which you’ll need for your adventures.

The real treasure of this set is the Questbook, which includes a whopping 13 Scenarios. There’s not one, but two campaign to play though, in addition to a few more ‘mercurial’ missions that can be played as stand alone games. The first of these has 6 scenarios, following the events leading up the Edge of the Abyss Summer Campaign. The new heroes are summoned by the Green Lady to find an Abyssal Artifact that could grant the wicked ones unfathomable power. This perilous quest will lead them into the Abyss itself, where they will be forced to fight off score of demonic warriors just to survive. 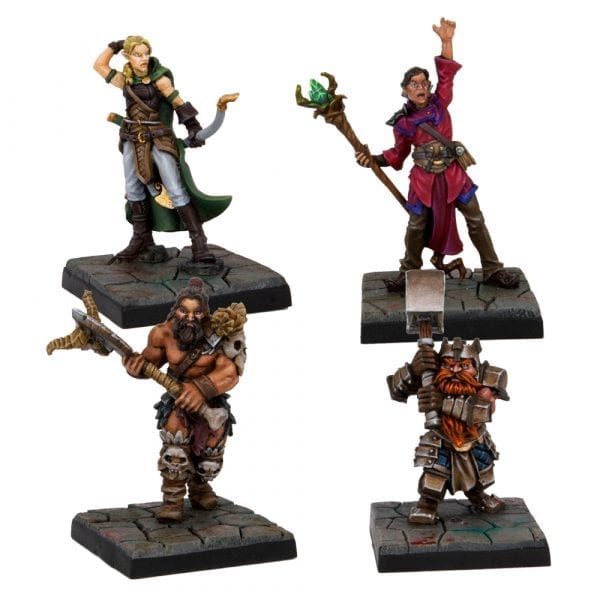 The second Campaign features the heroes of the original Dungeon Saga as then enter a haunted library to expel the poltergeist that lurks within. This is a tough campaign fought against the Undead, that will give new and existing players alike a strong challenge, especially when you face the poltergeist herself.

The final three adventures are each stand alone pieces, which are a fun game to play though in an evening. You heroes are unceremoniously tasked with menial, albeit humorous duties, such as clearing a sewer of zombies, to dealing with a nasty infestation of over-sized rodents, to taking down a mighty and ancient Undead Wight. With the two campaigns there is enough gaming here to keep you occupied for a long time to come. 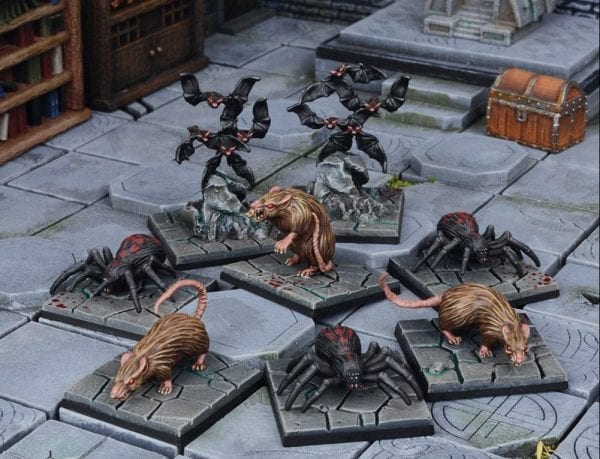 That’s not all. The last section of the book include a detailed FAQ for the Dungeon Saga Core Rules, plus some Errata. This is a handy reference for anyone playing the game at home to refer to if any rules issues come up.

So there you have it, 5 new characters, 2 new campaigns, 13 new missions and an FAQ in one simple box – Dungeon Saga: The Eye of The Abyss.