The evening of 22nd January saw the first of our Mantic Monday Clubs for 2018. There was an susurration of excitement as fans and staff mixed to play games and try out new rules. 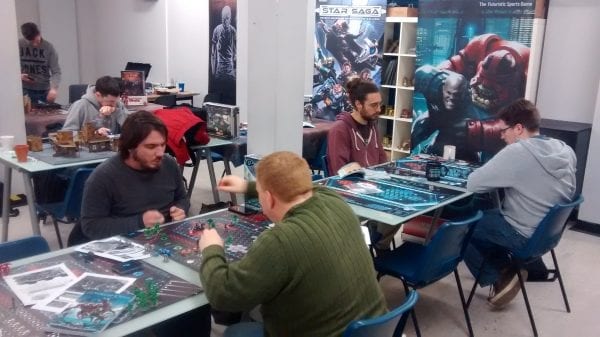 The tables in use were three (of four) DreadBall arenas, two Deadzones under Protocol, a  corner of Atlanta, and a painting table. Also available for use were an area behind enemy lines in Mantica (Vanguard) and a research station that we really need to send a crack team of Mercenaries to as soon as possible! 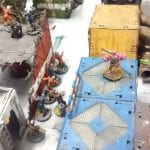 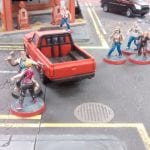 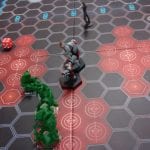 Notable games included a 14-strong Plague Zombie Strike Team backed up by two Plague Bursters (at only 150 points – ouch!), and demos of  The Walking Dead: All Out War where Derek and Patrick quickly found out why one does not want outnumbered by Walkers. In DreadBall, a returning Coach was introduced to the changes being applied to the neodurium. Twice. 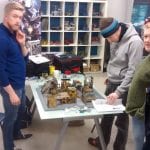 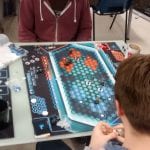 On top of that there was some play testing of the Nameless Strike Force for Deadzone! Studio Manager (and DreadBall game developer) Stewart smashed through three games of DreadBall with his Teratons – during which he was fielding questions about our games! 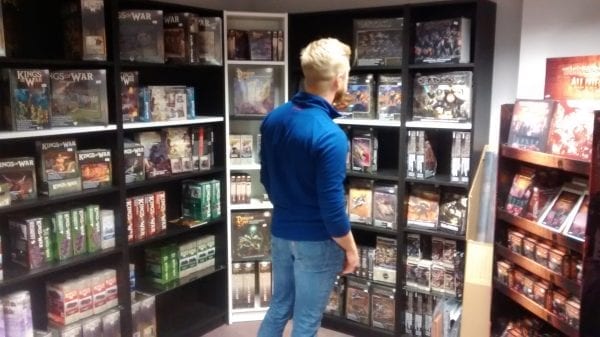 The Mantic Store was open too, so that additions to your forces could be garnered as you discovered flaws in your list during play! Of course we also our newest releases available including the Clash of Kings 2018 Supplement and Battlefield Cards – as you can imagine, these proved very popular.

All in all, a cracking night – see you on 5th February?

Mantic Monday Club At A Glance