The Mazon Labs are coming to Firefight!

If you are reading this, you are probably one of two kinds of people, those that know all about the Mazon Labs from Deadzone and are chomping at the bit to see them in Firefight, or you are a Firefight player with little knowledge of their existence. So let’s address the latter first.

On the surface, the Mazon Labs are one of the biggest pharmaceutical corporations within the GCPS. Its glossy High definition advertisements regularly play out over Overdrive rushes, half time shows and billboards. They show happy scientists busy working in glistening, clean laboratories. The company’s slogan ‘For a better galaxy’ heralds its much talked about quest to stamp out disease using new antibiotics based on the spores, fungi and alien lifeforms the GCPS discovers in its quest to reach further into space.

However, dig a little deeper beyond the clinical surface of Mazon Labs and you’ll quickly find something far darker. Its facilities are guarded by some of the GCPS’ deadliest Rangers and it’s not uncommon to see a Strider or two patrolling the boundaries of these laboratories. It’s not clear if the Rangers and Striders are there to keep intruders out, or to keep something else in… 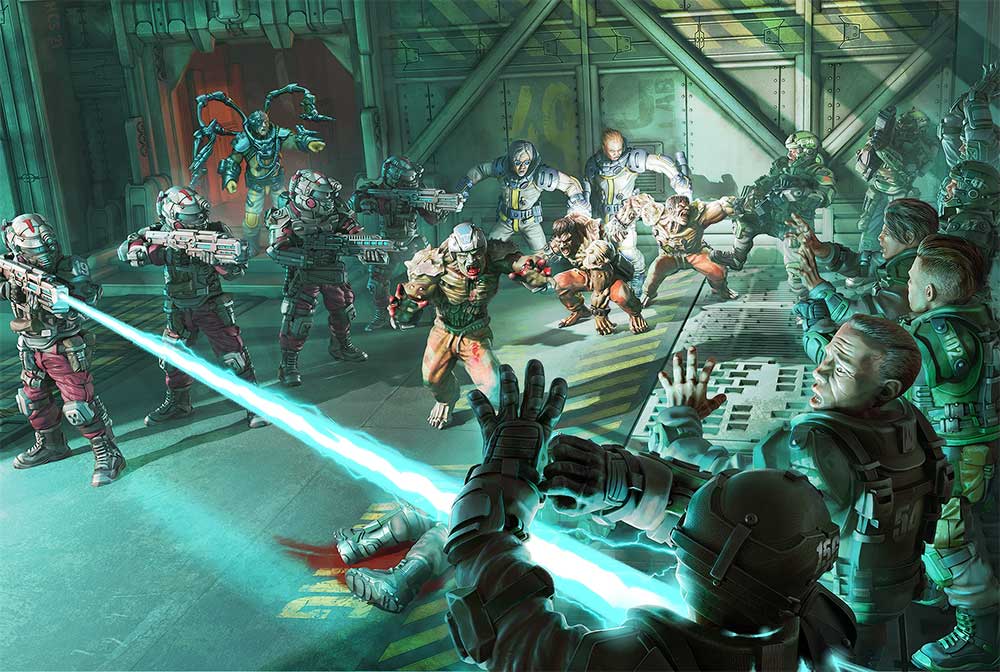 Although some of the scientists are engaged in using their discoveries for the betterment of mankind, the majority are working hard to weaponize their findings. These new pathogens can then be sold on the black market to the highest bidder and quickly find their way into combat situations.

Perhaps the most concerning thing about Mazon Labs is that it’s just a smaller company under the much wider umbrella of Mazon Holdings. The parent company dabbles in all-manner of cutting-edge technology from cybernetic enhancements to wormhole research and bio-implants, which gives Mazon Labs the opportunity to ‘borrow’ research in order to further its own technological advances. Of course, at no point do Mazon scientists ever ask whether they ‘should’, they’re just concerned with whether they ‘can’… 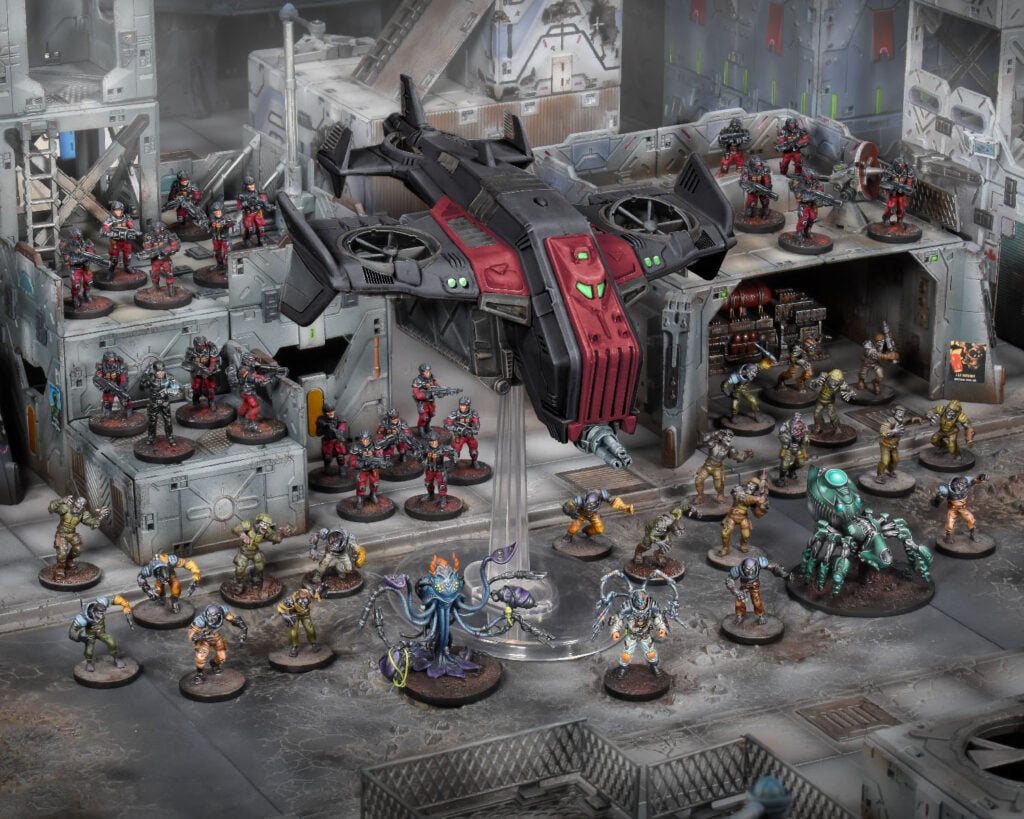 Soldiers and Gribblies and Ships OH MY!

This terrific set gives the yearning new lab tech everything they could possibly need* to get started with the Mazon Labs.

To coincide with the release of the Strike Force, the new rules for adding the Mazon Labs into your games of Firefight will be available on the Mantic Companion on the 6th of February. Sign up to the Companion HERE 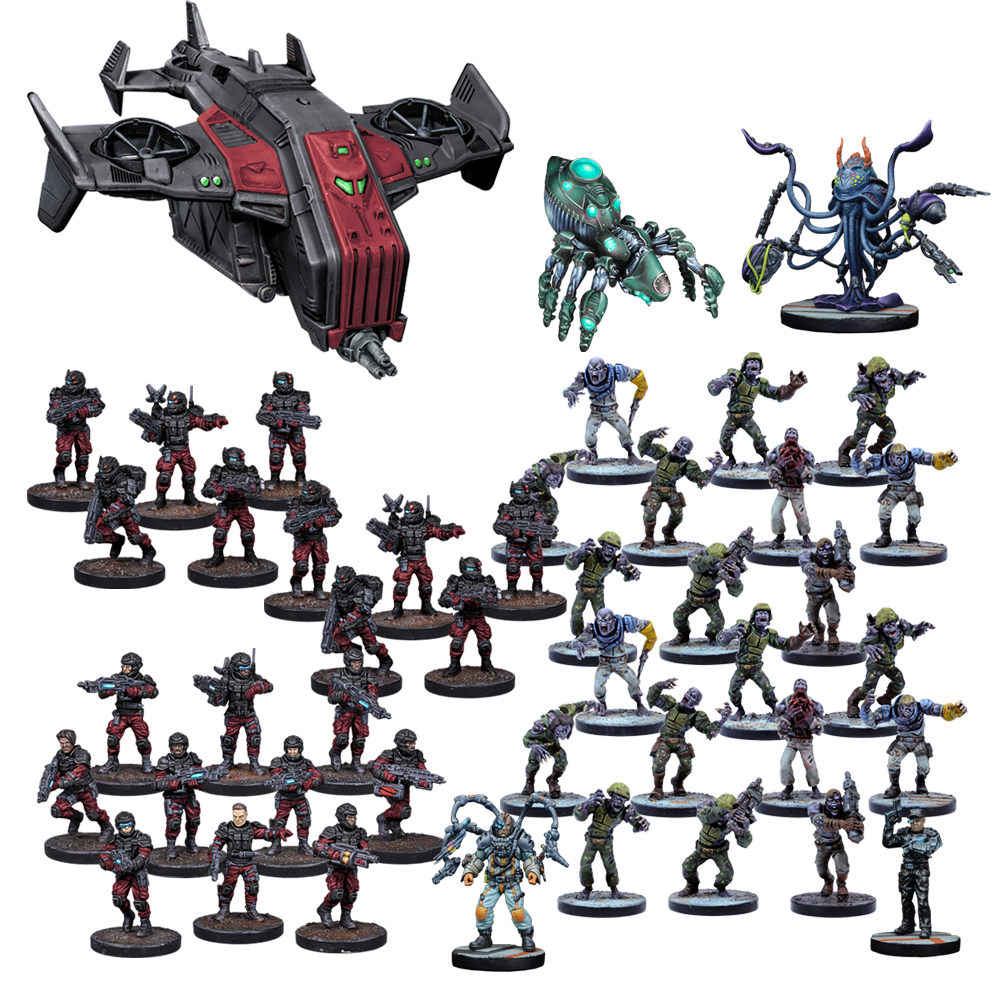 You can Pre-Order the new Mazon Labs Strike Team now online and through your friendly local gaming store! This set is due to be released on the 6th February alongside the new rules! 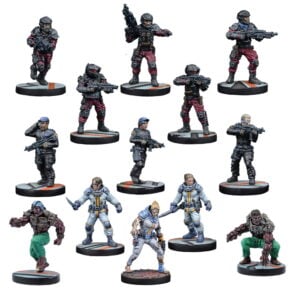 No one knows why Dr. Simmonds has chosen to ally herself to Mazon Labs. Perhaps some experimental treatment has reduced the Plague mutagen’s effects and made her more cooperative with humans. Or perhaps the deranged genius is merely playing along to accomplish her own mysterious goals. Whatever the reason, Simmonds has been spotted leading numerous teams of technicians and military in several Deadzones. 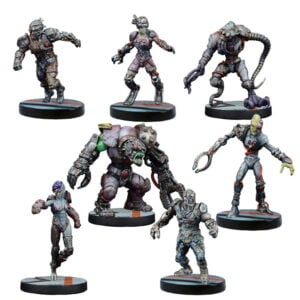 The product of dubious procedures by Mazon Labs’ recently acquired bio-scientist Renaldo Abominava, the newly formed Reanimation Division have proven to be an economic and military boon for Mazon’s Deadzone operations. Cybernetic implants bypass the subject's emotions and moral codes to turn them into ruthless, mindless soldiers that will follow commands without question and without hesitation. 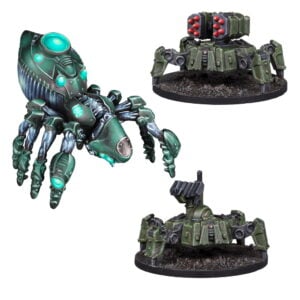 Mazon Holdings take advantage of the latest technology and discoveries in order to protect their operatives – or more specifically, their research – in the field. The ever-reliable TAC drones can lay down heavy fire, or provide remote reconnaissance. These are backed up by the disturbing extra-dimensional aliens known as the Krastavor. Deploying these cybernetically enhanced arachnids alongside the remote or AI controlled drones avoids the threat these voracious creatures would pose to humanoid allies. PLEASE NOTE THIS IS A PRE-ORDER AND WILL START SHIPPING FROM JULY 25TH 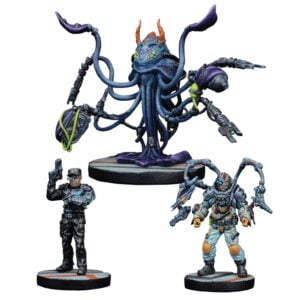 Despite the disaster beneath the surface of Eiras, the management of that complex remain some of Mazon Holdings’ most vital assets. Mazon Life’s advanced bio-engineering has kept both the stoic Commander Graves and genius Dr. Koyner alive and infiltrating or even instigating Deadzones to further Mazon’s nefarious goals. Accompanied by an Organic Data unit to retrieve critical data for future research, these combat veterans are not to be underestimated.