Ferocious and powerful, the Lykanis is the Alpha of werewolves. It is unknown how these unnatural beasts come to power – perhaps some vestige of humanity remains that inspire leadership, or maybe the canine influences them to form packs. Those who have faced these creatures in battle know all too well that they are possessed of a keen intelligence. Coupled with unnatural strength, speed and the ability to drive their devolved brethren forwards into battle, the Lykanis make terrifying opponents. 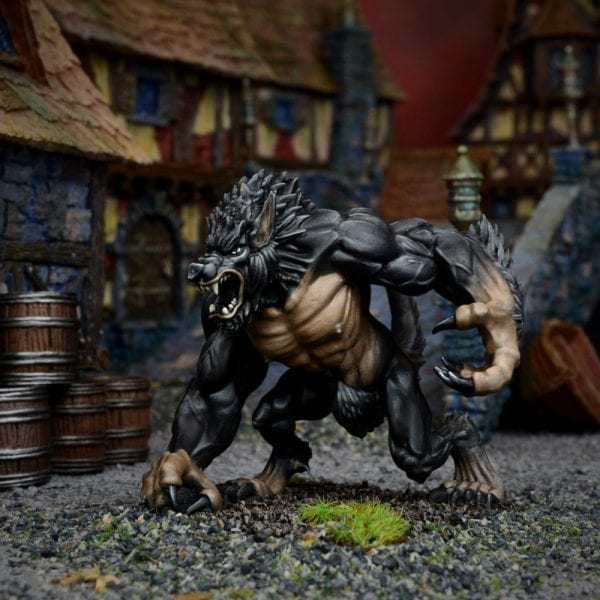 The new Lykanis kit is a beast of a model. Sculpted with powerful musculature and massive claws, he is considerably  larger than the other undead werewolves. The face in particular has a great look to it, both feral and somehow intelligent at the same time. This model will be a joy for painters to work on! For Herd player out there, you’ll be pleased to hear that there are no signs of corruption (beyond the size of the model) so this can be used as a Lycan Alpha from the Herd List – although maybe paint him to look….happier? 🙂 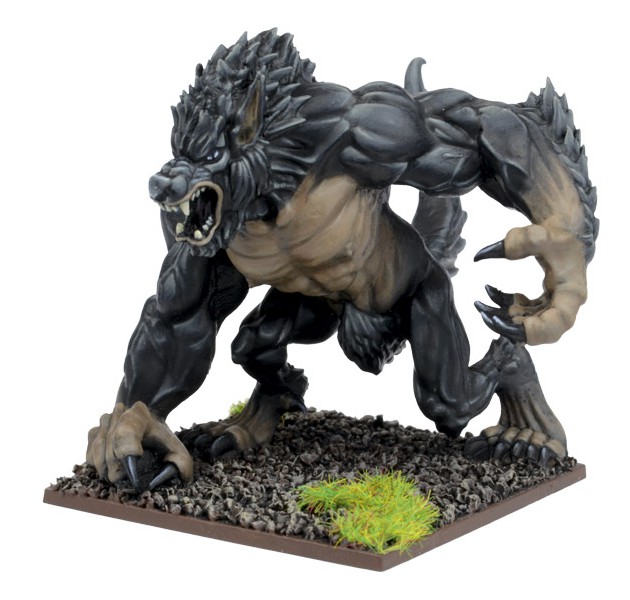 The Lykanis is powerful hero for the Undead. With Speed 9 and Nimble, he can cross the battlefield and close with the enemy in short order. Five attacks, Crushing Strength (2) and Melee 3+ means that he hits like a ton of bricks on the charge. He is Inspiring to other werewolves in the force and still has Lifeleech (1) to keeping him moving when the going gets tough. Either field him in support of (or leading) your units of werewolves to battle, or as a devastating flanking unit.  Your opponents will target him heavily, so make sure to protect him when needed. 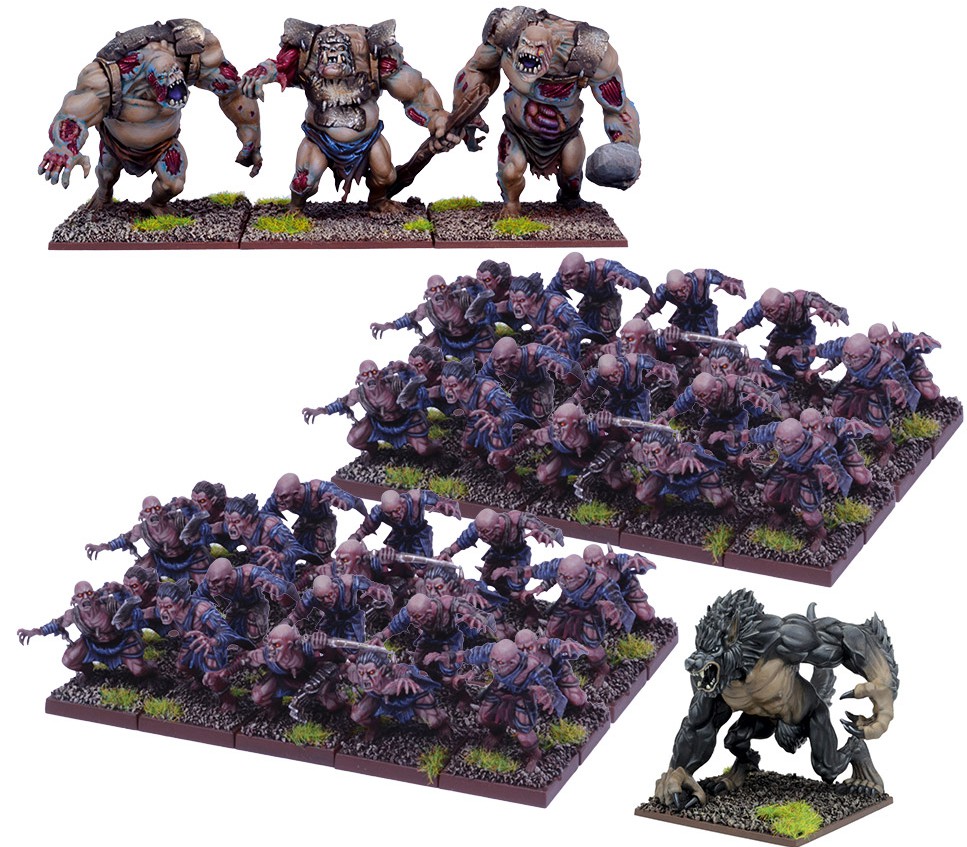 If armies of monster are your thing, we’ve put together a new bundle – Monsters of the Crypts – to allow you to field your own horde of monstrosities on the tabletop. This great deal includes 40 ghouls, 3 Zombie Trolls and a Lykanis to lead the force – a full 500 point army for Kings of War! The list for this bundle can be found here.

The Lykanis and Monster of the Crypts are available to pre-order now and will be shipping at the end of March!