Today we speak to … Steve Hildrew.

Hello. I’m Steve Hildrew, and I pretty much just play Kings of War. I try to convince myself it’s because I’m just such a massive enthusiast, but truth be told I’m also just way too lazy to learn any other game systems. 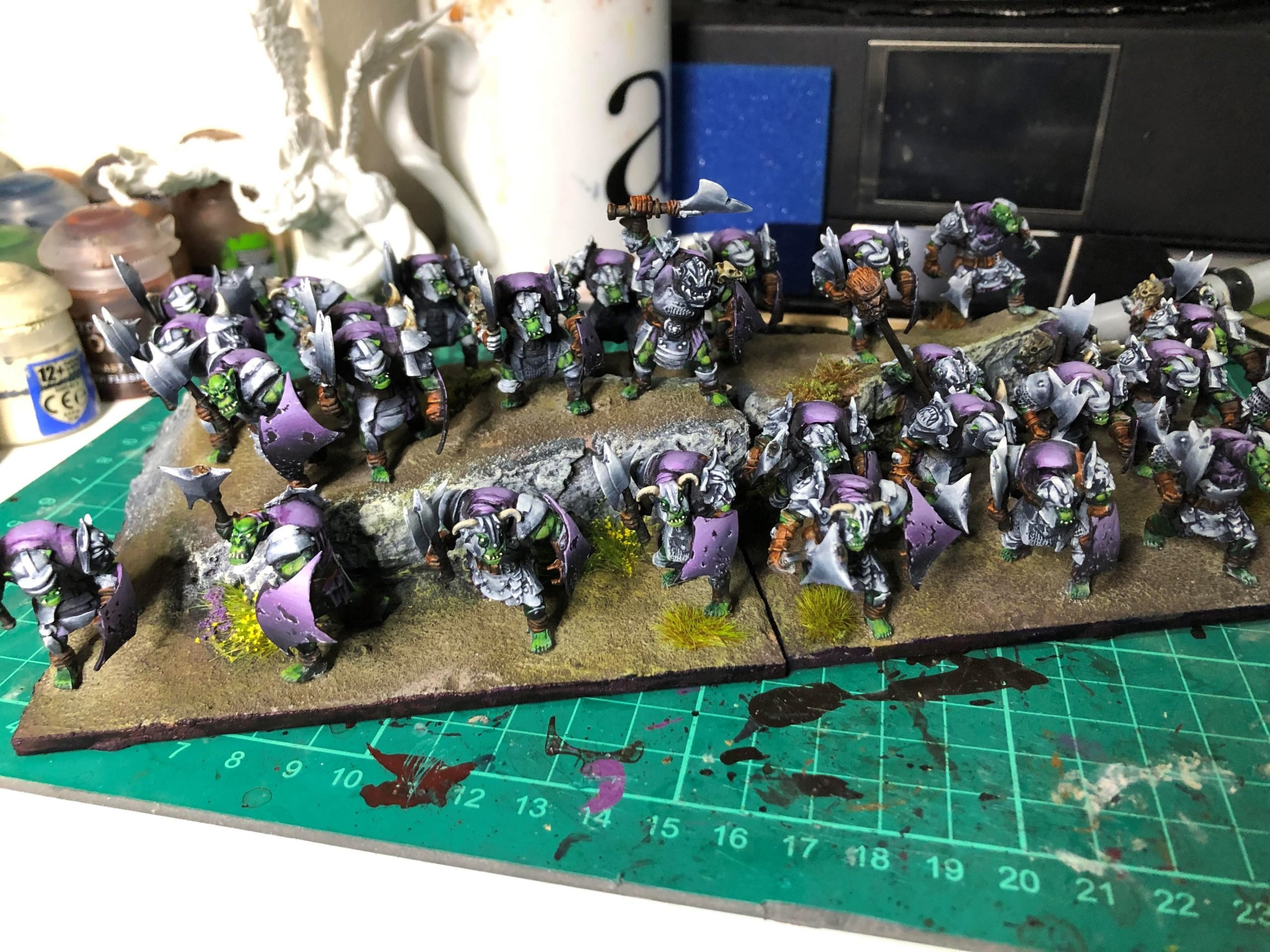 I found Mantic by googling “Warhammer Fantasy” when my mum found a bunch of miniatures from 1991 in her loft and threatened to throw them out. I never really played much warhammer, but thought it might be fun to play with my then-11-year-old son. Anyway, apparently Warhammer didn’t exist any more, and my google search turned up a reddit post where someone said “we pretty much all play kings of war now”. I found out the basic rules were free, and away we went. My son was heroically uninterested in toy soldiers, so I found some near-ish people who played, and arranged a game. Then somehow it’s three years later and I have a YouTube channel devoted to the game. I’m clearly slightly obsessive.

Um, Right. I mentioned Kings of War. I’m not even sure what it is about it. I’m not a huge fan of painting minis, but seem to have spent countless hours painting 7 armies (and counting). I do love the spectacle of the table, and rolling (lots of) dice. I think the game is mentally challenging, and it almost never feels like you’re losing just because of the list you created- its balanced well and you always have a chance, and I love that about the game.

I’m not sure I have a favourite. I played Elves and Ratkin for most of version 2, then Twilight Kin since the beginning of version 3. I think if I were to pick one it would probably be Twilight Kin at the minute. Because… I .. I don’t know? I just think they’re cool. Mikayel is a beast.

I still have a warm spot for the ludicrous ratkin Demonspawn conversion I made, although it’s not the most attractive mini in the world. It’s a toy rat head on a mantic elf dragon with a boatload of greenstuff to make its tail and fur. I think I like the minis I paint as I paint them, because I’m always improving. my latest were hordes of orcs and an orc on winged slasher, which turned out really nicely. 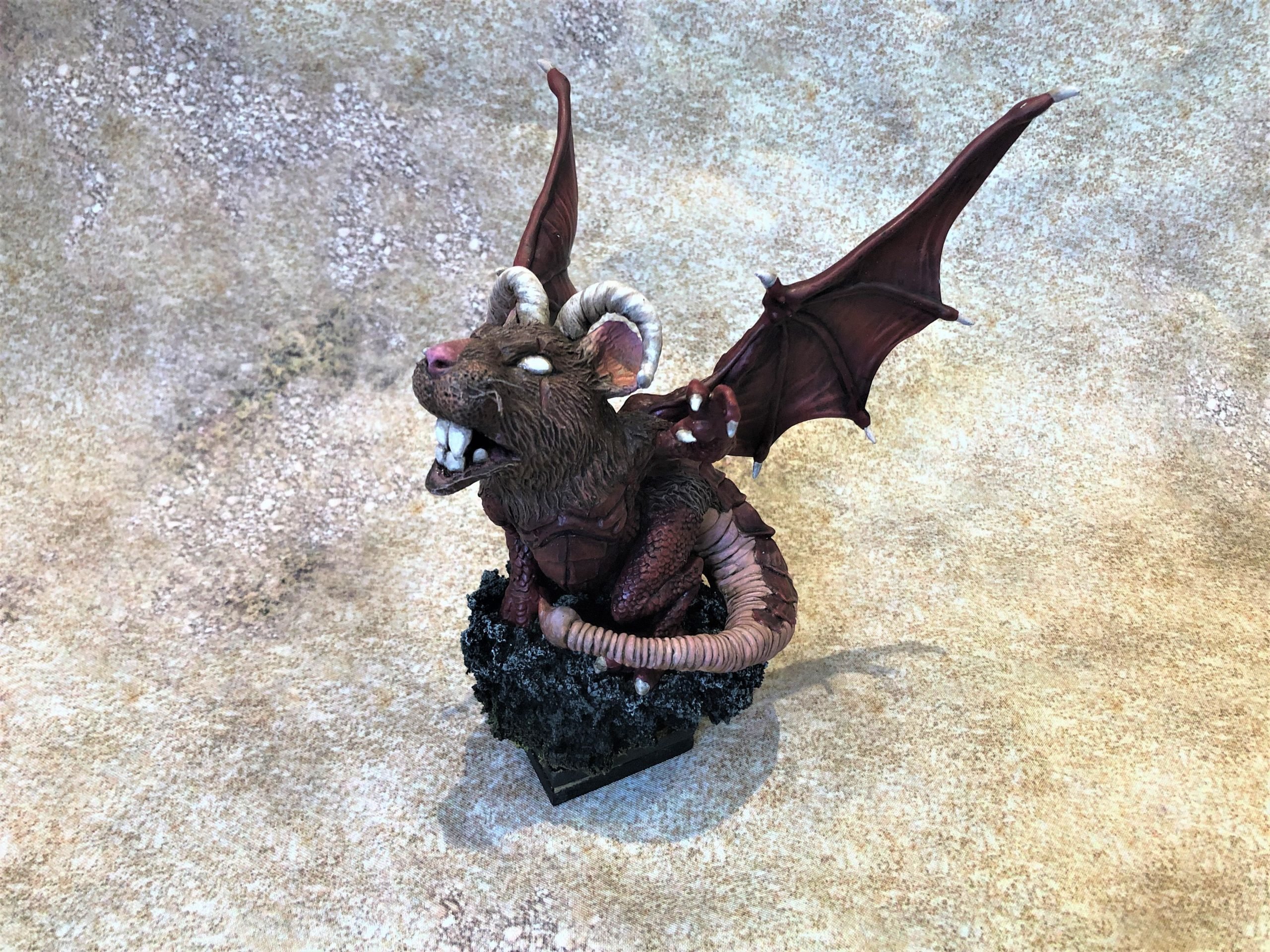 I’ve got a ratkin death engine that I’ve magnetised to take either weapon, which is pretty cool. I need to get cracking so I can take on Andy 2d6 for a rematch after he trounced me on his Youtube channel. 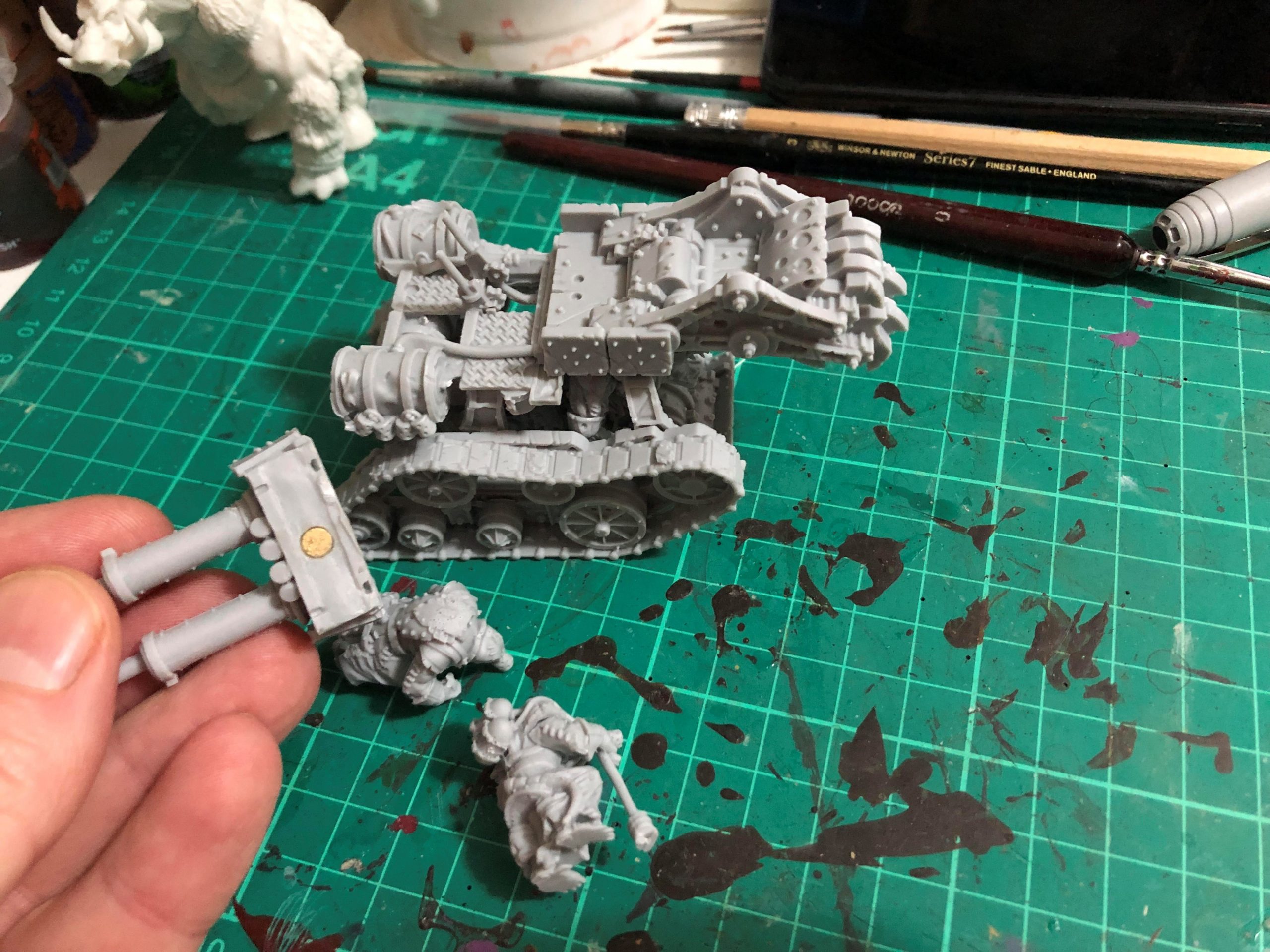 I finished my orc army, but with the new releases,  I’m updating it to Riftforged orcs. Or I would, if Mantic would get on with releasing the next phase of models. (good things come to those that wait. And besides by the time this gets published they’ll probably be out!)

I’m running my first event in February in Birmingham, covid permitting! If you’re in the UK, there are still some places  (9 remaining at time of writing this email). It would be great to sell out so come have a go at our Bullrun! https://fb.me/e/10koso5XF

Thanks for talking with us Steve.

Check back next Monday for great another instalment.

Orcs thankfully spend so much time fighting each other that they rarely gather in enough force to truly threaten the civilised races of the world. When such a gathering does occur though, it is nigh unstoppable.

Elves rarely take to the field in great numbers, but when they do their victory is all but assured. Swift cavalry, mercilessly drilled infantry and uncannily accurate artillery combine to wipe their foes from existence in short order.