The Deadzone Online Campaign is now underway. You can check out the progress here. In the meantime, we’ve got another hobby blog about the Mantic staff Strike Teams. Today, it’s the turn of Dave.

Like Rob I am a bit of a hobby butterfly – jumping between projects without finishing them. So when I (eventually) settled on my faction for the campaign, I decided to pick something with a low model count – so I would have a good chance of getting it all painted. This led me to the Enforcers. 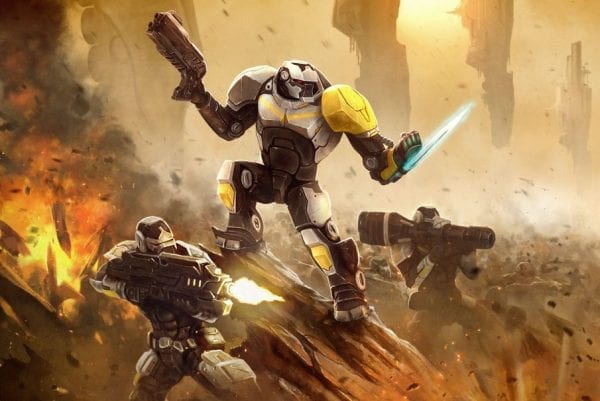 Of course it’s not all about the low model count. The Enforcers have a great look, with a clean, sharp aesthetic made up of their futuristic armour and weapons. The range is varied, with multiple different specialists and weapon options to choose from. Plus, in terms of background, they are lethal and uncompromising. I always love the concept that if you are caught in a Deadzone and see Enforcers, they’re more likely coming to kill you, than rescue you. 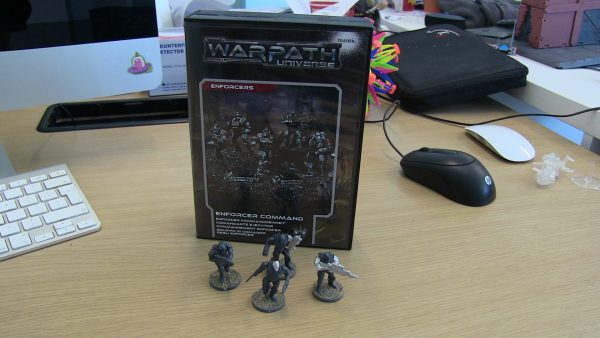 I thought I’d start small. One of the bonuses of the enforcer range is that many miniatures are cross-compatible – so you can exchange parts freely. One of my favourite kits, for this reason, is the Enforcer Command squad. This comes with five standard plastic Enforcers and a lot of metal components to upgrade them to be some of the specialists from the Enforcer list. These are great if you want to mix up weapons, or just have something a bit different to the pvc miniatures included in the Faction Starter. True, the Faction Starter is better value in the long run, but I wanted to start with something small. 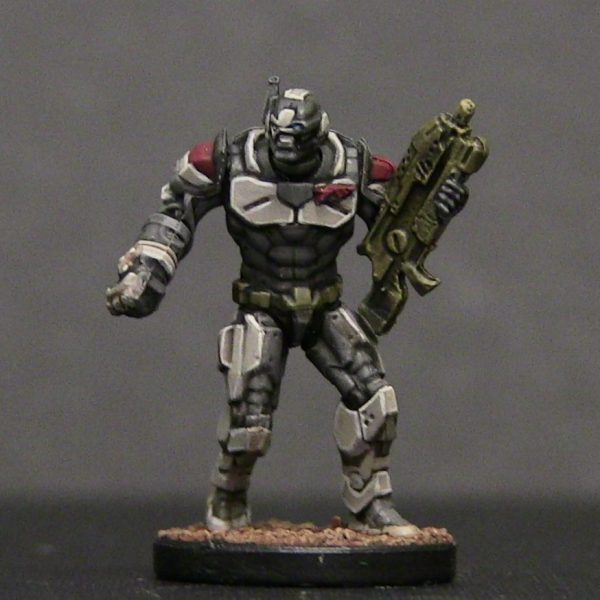 Rather than creating a list first, I dove in and built the first few Enforcers for my Strike Team. The Commander has the Energy Gantlet that he comes with, but has been upgraded with a rifle for ranged combat. I built a sniper as I know that they are lethal in the closed confines of Deadzone and one of each trooper. Great to just try things out. 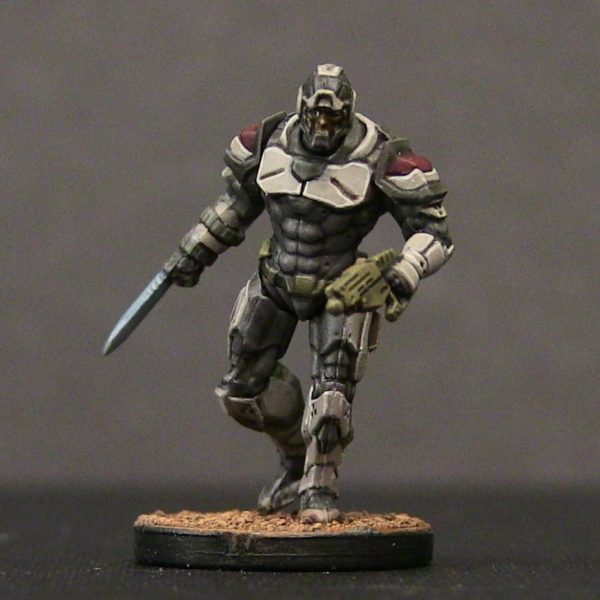 For painting, I’ve tried to emulate the studio scheme a bit, but have also gone for warmer (and grittier) colours. To keep things quick, most of the painting is handled by washes and basecoats. I’ve only really highlighted the light panels of the armour to make them contrast heavily with the dark areas and stand out. Just focusing on the one colour works well and lets me work through each model quite quickly. That said, at the time of writing I have painted only two! I think I need to add some battle damage to the models too – make them look like veterans.

From here I have written a 150 point list to plan things out. This probably isn’t a super competitive build because I’m just grabbing models that sound cool to me. The list (as it stands) is:

Most of this will be built from the Command Squad box, although I’m going to grab a set of Defenders to round stuff out. I’ll have enough models to swap things around if I want to. Oh and I want a Strider!

Hopefully Dave will have chance to finish his Enforcers before the campaign ends in September!