I’ve been looking forward to the Nameless for Deadzone for what seems like an age and when Rob finally let me have them I was not disappointed. I instantly decided they were the army for me for the Summer Campaign (starting the 20th August) and I was eager to get them painted to try out the new game mechanics.

To start with I wanted to do a completely different colour scheme to the studio set (I like to be different… you should see my wardrobe). What’s more, I’d not painted any gribblies since doing the Cyborg DreadBall team, which meant I was looking forward to doing some very alien-esque paint jobs. Also, with some of the Nameless fluff mentioning Terraforming, I thought why not give them slightly aquatic themed bases. 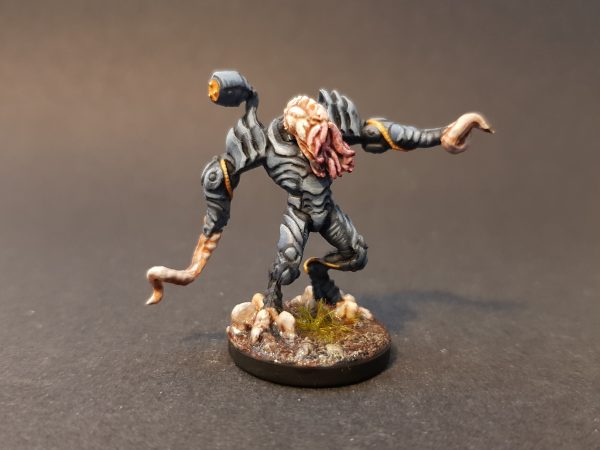 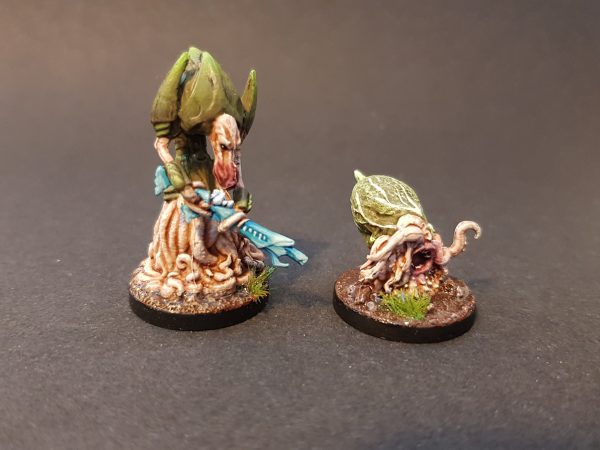 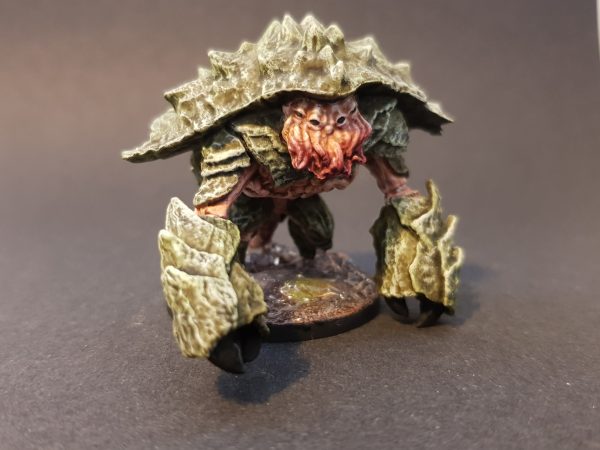 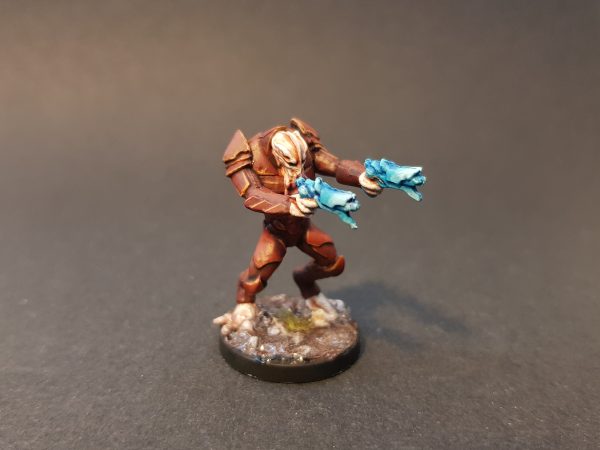 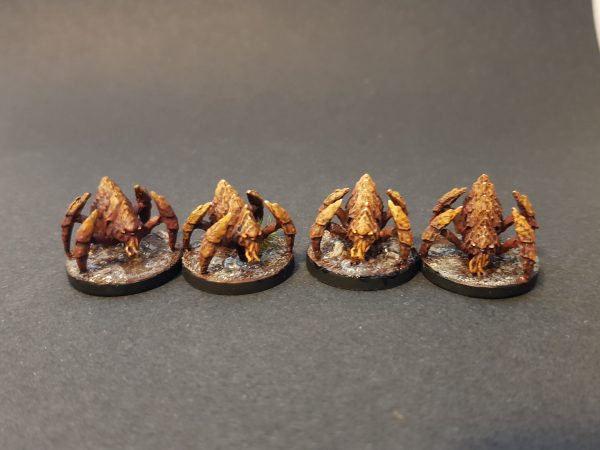 I’ve only got a few Riflemen, the Caratid (yes, they are the DreadBall ones) and the Assassin left to paint.. and maybe an alternative leader for a brand new list…. all very WIP! 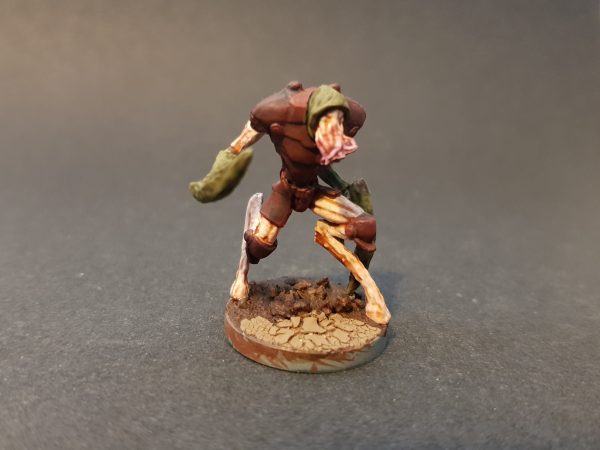 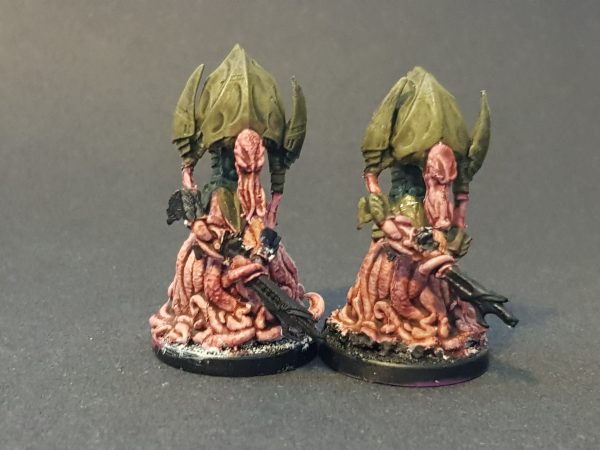 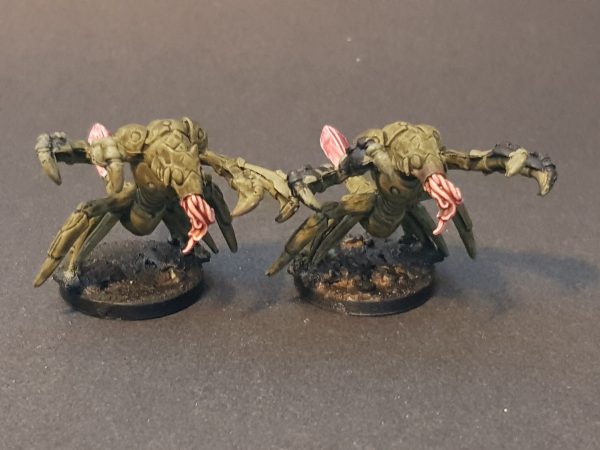 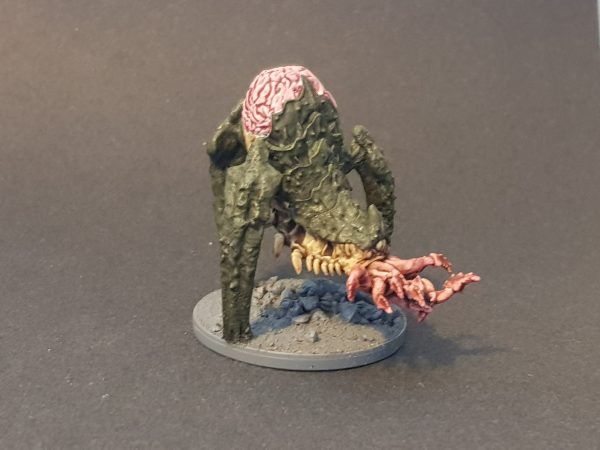 My initial 200 point list is a nice blend of pew pew Triclinic Shard goodness for early set up, and then plenty of troops that can lay waste through added dice with Horde (Scuttlers) and some AP claw action with the Ogre!

The Fear (30 pts) – I like this guy as he offers Creeping Fear as his splat. With so many melee troops heading up the board, it adds to the survivability of otherwise fairly fragile troops. It also has a Predator inspired shoulder phaser (Turn around… Turn around…)

Assassin (17 pts) – with speed and frenzy 2, this guy is part of my hit squad

Gunslinger (15 pts) – doesn’t have the range of the Rifleman but with Weight Of Fire he can get some useful damage when required. Plus he has Triclinic Shard ammo as a back up for tagging during the game

Ogre (35 pts) – OGRE SMASH (and protect those in the same cube. He’s nice like that)

3x Rifleman (45 pts) – My main men early game. Spreading the Triclinic tag around the opposing force to open up lots of melee opportunities. Also he  can clear some troops off the board (if they don’t have armour)

2x Caratid (18 pts) – mobile and violent (just how I like it). Frenzy is useful and they can be used to tie down big troops too.

Inker (8pts) – If it doesn’t die, it is brilliant early game to get cover for the melee guys moving up.

4x Scuttler (32 pts) – when in a group and with the bonuses of Triclinic shards and Horde these can be devastating.

I also like to give them all names (remember, I said I like to be different). But you have to join the Deadzone Fanatics Facebook page to see those 🙂

Don’t forget to join the Campaign website when it launches, and get your clubs and stores to register too!