My Hobby, My Vanguard: Martin’s Diorama 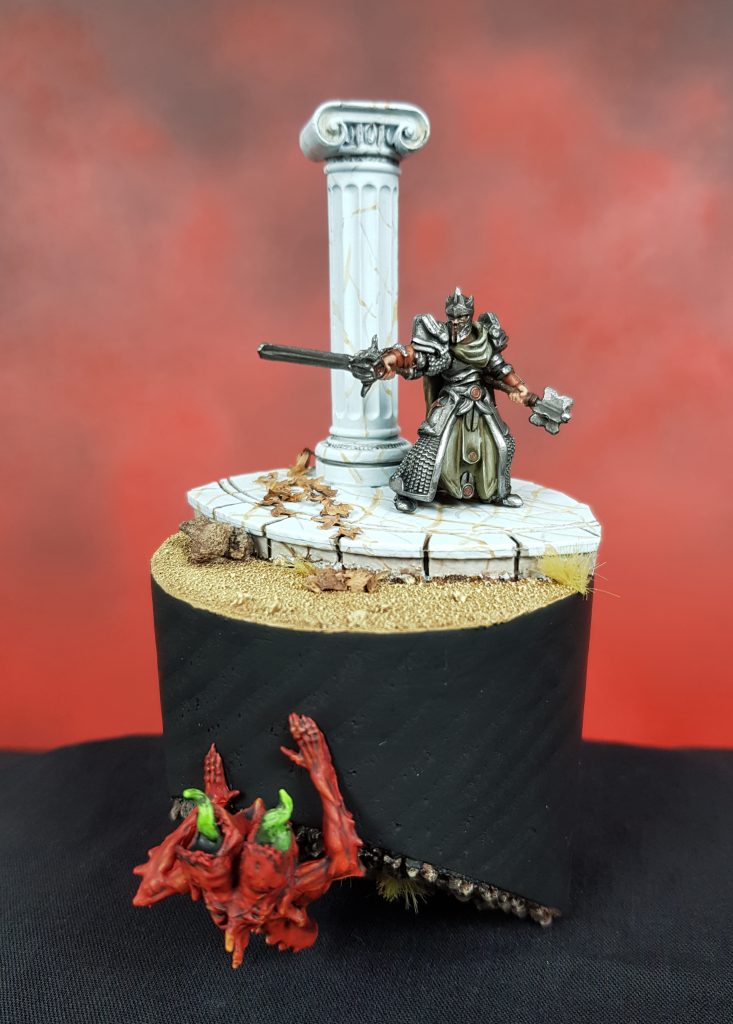 ‘He’d found it. By the Shining Ones he’d found it. But now he was alone. The Nightstalkers had ambushed his Company and now he stood forsaken atop the marble shrine. Bastian just had to survive the night and hope that reinforcements would arrive… but he could sense something lurking in the darkness.’

Martin here from the Trade team and I just wanted to show you all the project I’ve been working on for the last week. I call it ‘Creeping Fear‘ as I wanted to show a snapshot of a story set in the Vanguard world. I used the new Vanguard PVC models for the two characters (Shadowhound and Paladin Defender) alongside a couple of pieces of Terrain Crate from the Temple set, to set the scene. I also stole some of Ronnie’s leaf scatter… shhh, don’t tell him.

I wanted to show how people could paint the PVC models differently to the studio colour scheme. I’m not saying my nightmares are full of red demons… but I’m currently hiding under my bed writing this blog. My idea for the piece was that the Shadowhound is almost emerging from the underworld, ready to attack the lone Paladin Defender. Perhaps I’ve been watching too much Stranger Things recently.

Anyway, I hope you like it. I’ll have it out on display (the diorama, that is) at the Vanguard Launch Celebration (which sold out in under 24 hours, whoop whoop) and at the Open Day in November.