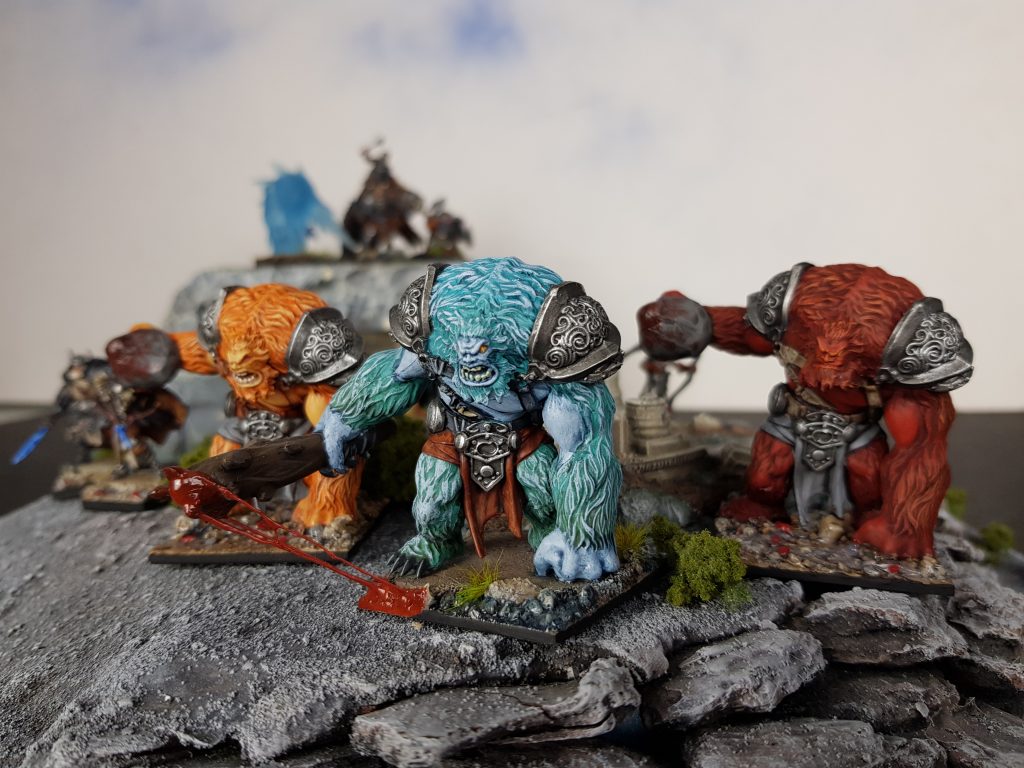 [Ed’s note – Reader discretion advised for Martin’s gruesome story… particularly if you’re a Ratkin player] This was a fun game. What would later become a fun community activity, Gooja had just invented ‘Bat the Rat’. His two Snow Troll comrades, Vorst and Brina, were roaring with laughter as they pitched up another Ratkin for their Prime, Gooja, to smash into the distance with his gory club.

The Ratkin swarm were determined to capture the Power Stones of Chill but their efforts were almost comedic. The few Northern Alliance that remained were enjoying themselves as again and again the rats came… *Bop* another Ratkin corpse was sent into the distance. *Bop* Gooja caught that one just right and sent it low and spinning into a Brute and they both exploded into a pink mist. As a real test Gooja wanted to see if he could take out the Ratkin Shredder. “Find me a big one,” he grunted, and Brina readily obliged. A Hackpaw was bludgeoned in the head with her crude rock weapon and was thrown up high *BOOOOOOOOOM* the Hackpaw was hit with such ferocity that it broke apart on its journey of death.

Korres the Ice Queen chuckled as she absorbed the magic from the power stones. Those Ice Trolls certainly enjoyed their work…. 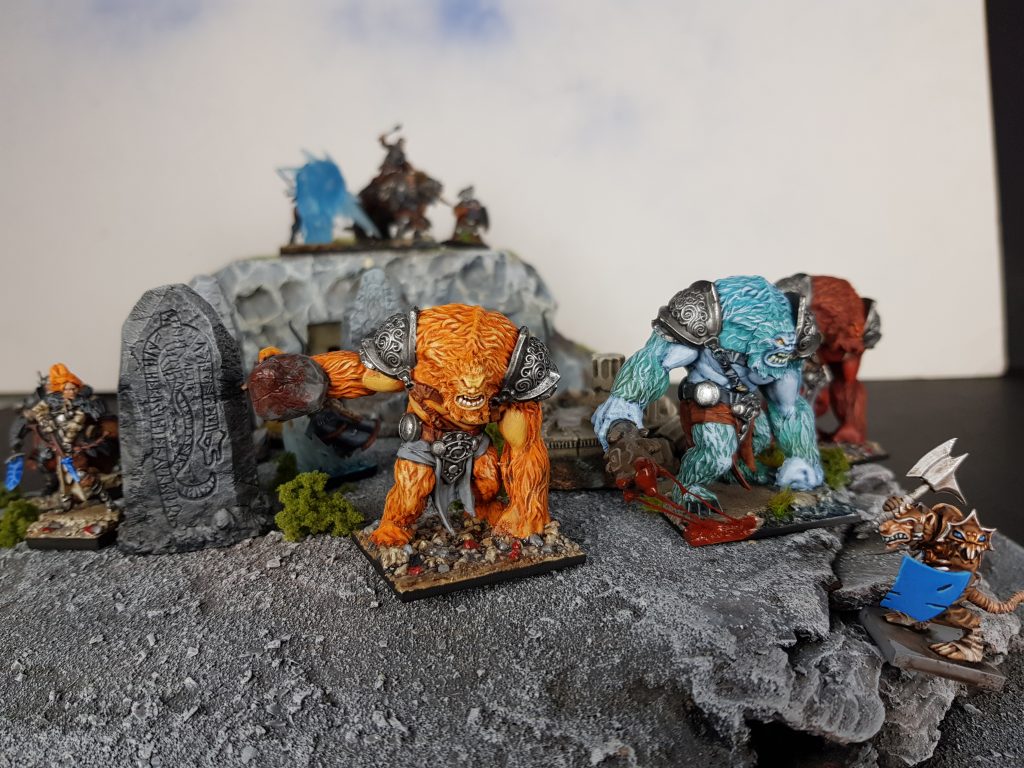 Hey everyone, Martin here once again with another tale from the Vanguard. I have just about finished my 400 points of Northern Alliance force ‘The Children of the Reaper‘ (just the Ice Naiad and Half Elf Berserker to finish) but they are now ready to go for a campaign here at HQ.

As we all do, I have been theory crafting different warbands non-stop for the past few weeks and I am particularly looking forward to trying out one particular set up. It may be great, it may be absolutely hopeless but it will  definitely be a fun one to try out. Especially against Rob, who has been thinking up some absolutely obnoxious 200 point lists.

So here it goes…

The idea would be to keep heads down using the archers and Ice Queen, giving the trolls enough time to reach their targets and smash face. I am a subtle kind of bloke aren’t I? 🙂 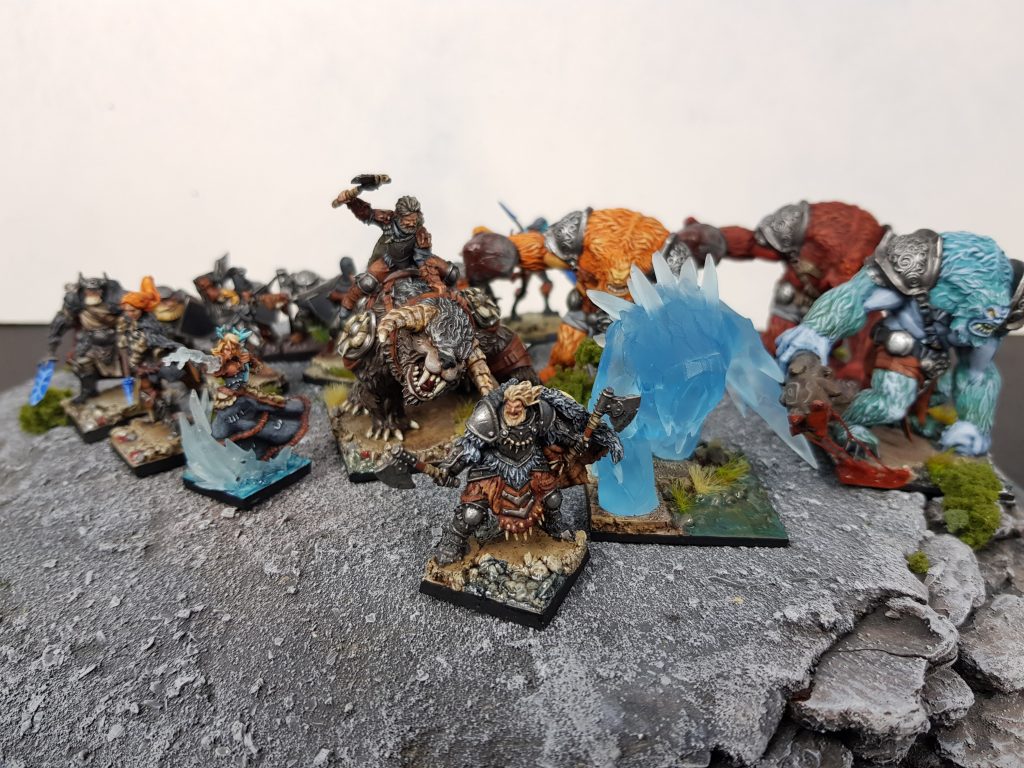 So the 400 points for my Northern Alliance company is as follows. I’ve added a few pieces of equipment to boost those key characters, adding both range and Crushing Strength where possible. Unfortunately the Half Elf Berserker had to step down from the roster.

So I think I’m ready for the staff campaign! Announcement should be soon! Also, make sure you don’t miss a whole week of Vanguard live streams, starting at 4pm (GMT) on Monday (October, 22nd).