Since we announced the Negan-themed Eeny, Meeny, Miny, Moe last month, it’s safe to say that it’s been extremely popular! In fact, it’s been so popular our in-house resin department needs to order 40 gallons of resin just to meet the demand so far… let’s try and get that to 50 gallons! 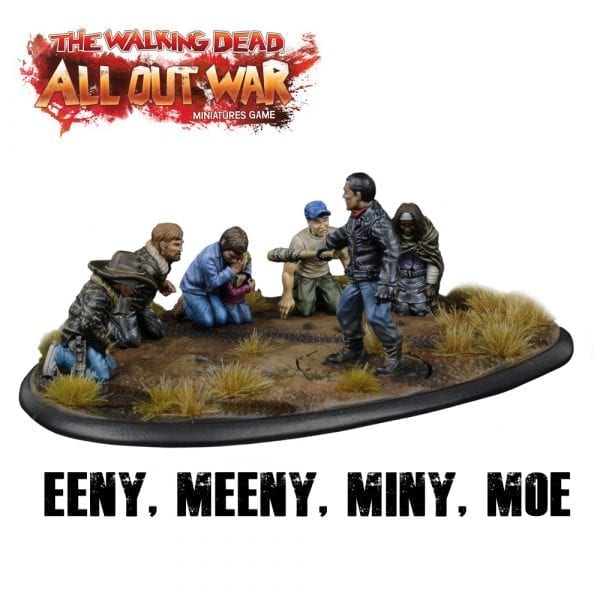 However, just in case you’re still on the fence about this awesome piece (which will only be available in limited numbers, by the way) today we thought we would take a closer look at the individual characters… including one particularly gruesome comparison! 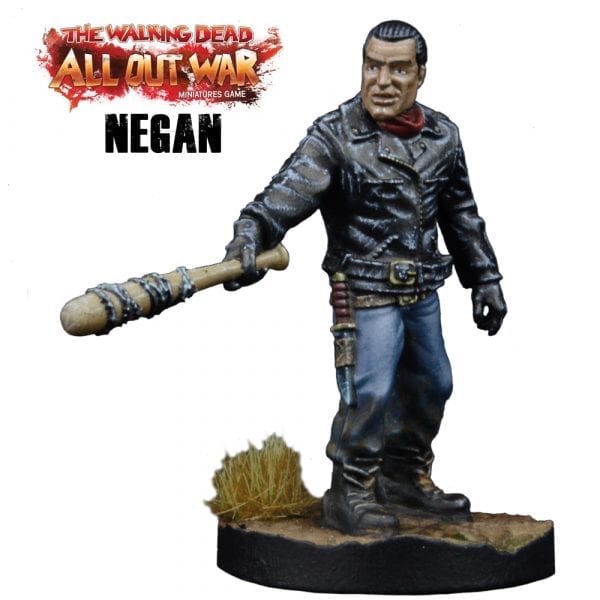 Well, where else were we going to start? This is actually the third Negan miniature we’ve sculpted for the game and can be removed from the diorama base and used as a character during play. The Eeny, Meeny, Miny, Moe diorama also includes an exclusive character card with alternate artwork 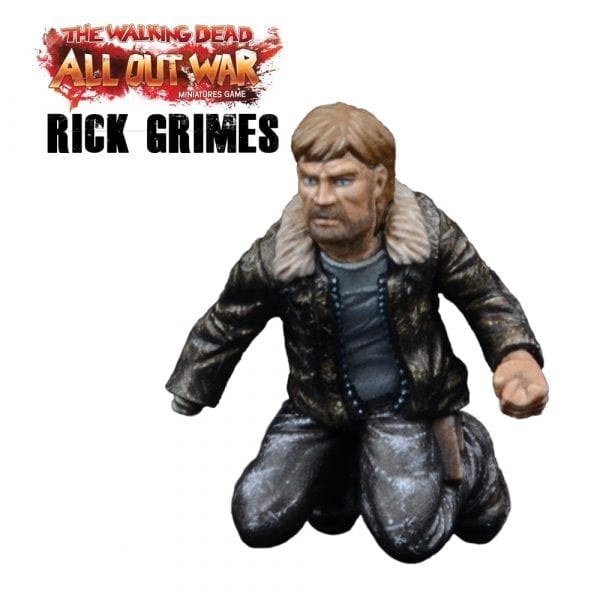 If you’ve got the All Out War core set, you can see this is a very different Rick, compared to the smart, well groomed police officer in his sheriff’s uniform. By this stage in the comics, Rick has hit hard times and has even lost an appendage! Just like Negan, the diorama includes an exclusive Rick Grimes character card with alternate artwork. 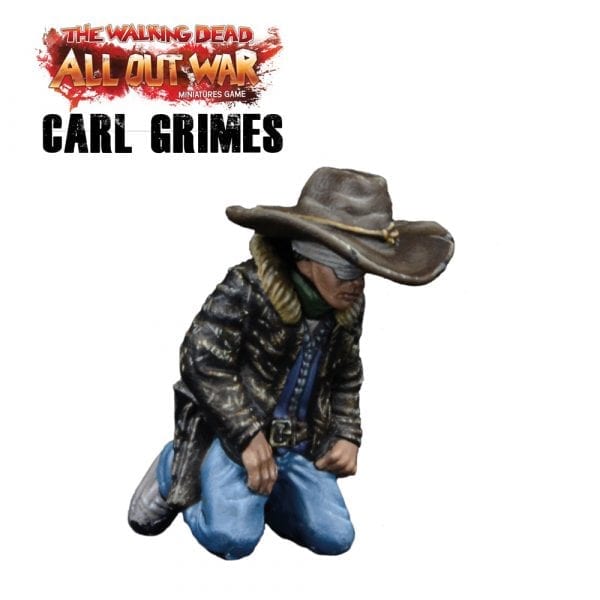 A bit like his dad, Carl has gone through some changes by issue 100, which is when this infamous moment takes place. While his dad has lost a limb, Carl has lost an eye! However, he’s still managed to hold on to that lucky hat. The diorama also includes an exclusive alternate card for Carl. 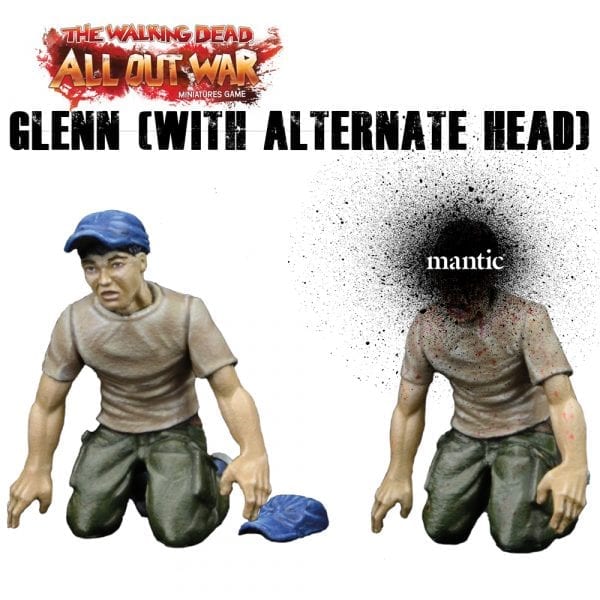 Arguably, Glenn is the reluctant star of this piece and his fate has become one of the biggest talking points among Walking Dead fans. If you’re a fan of the comics, you’ll know why he comes with an alternate head. A ‘fun’ fact here… the resin casting is so detailed that our studio painter was able to accurately recreate the blood splatter from the comics. If you’ve got a strong stomach, you can see a comparison between the two here. 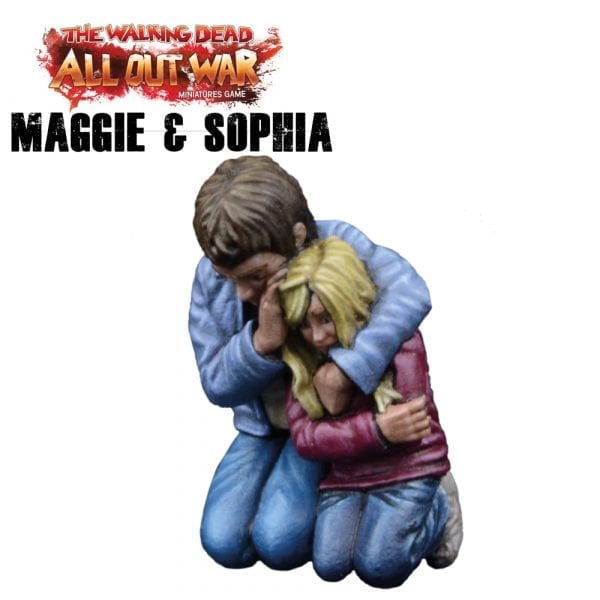 This is actually a wonderfully emotional little scene in itself. The beauty of resin is that it really captures the detail and helps you see the expressions and emotions on the faces of the characters. It’s also worth noting that each of the Survivors can be removed from the diorama base, so you could use the Maggie & Sophia miniatures as an objective in a custom scenario. Perhaps they’ve been surround by Walkers and you need to rescue them before they’re attacked! We’d love to hear your ideas. 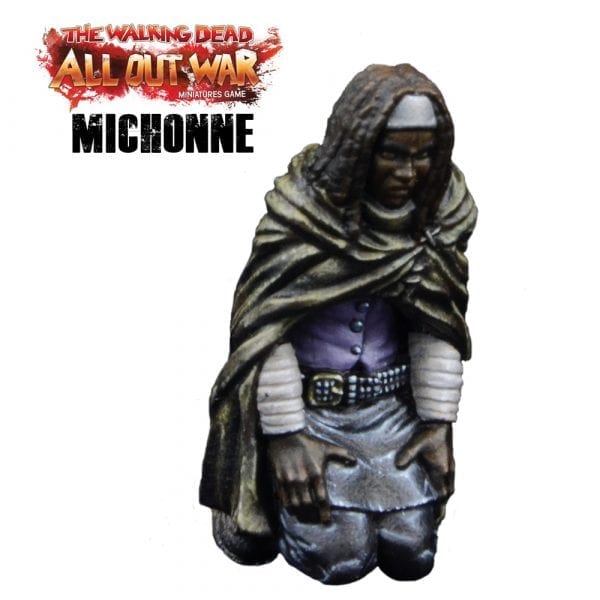 Last but by no means least, it’s Michonne. Again, there’s a lot of emotion here with Michonne scowling towards the ground and forcing herself not to make eye contact with Negan. It’s a very different sculpt to the Kickstarter version of Michonne with her infamous katana!

Eeny, Meeny, Miny, Moe is available to pre-order now! Numbers will be limited so make sure you pre-order at your local gaming store or order direct from the Mantic website.