New Year, New Game: The Walking Dead: All Out War

Despite the fact that The Walking Dead: All Out War didn’t hit retail until the end of the year, it’s already having a huge impact on the gaming community. Since launch we’ve seen some incredible paint jobs over on the The Walking Dead Fanatics Facebook group, watched some great gameplay videos and spent an entire weekend playing with the guys/gals at Beasts of War.

The first wave of the Kickstarter shipped in November and we’re now busy at work on Wave Two. All the rulebooks, equipment cards, Survivor cards and event cards have been approved by Skybound, while the studio has been busy playtesting and proof-reading the new expansions. 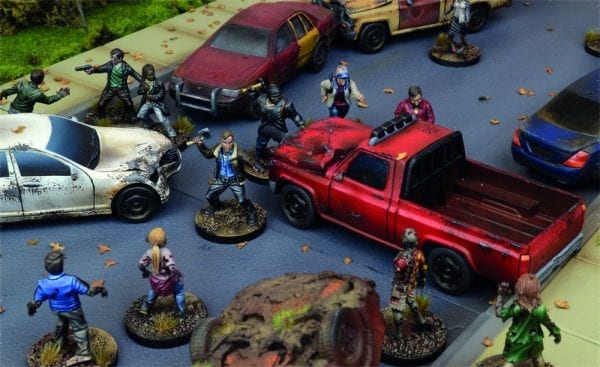 We’re planning to start shipping wave two to Kickstarter backers in the spring. Wave Two includes a host of great products, like the Greene Farm and Woodbury expansions, plus Survivors such as the mutilated version of the Governor, Tyreese, one-handed Rick and Hershel. All these releases will then be spread out at retail through the remainder of 2017 and 2018.

Creating your own Survivors

Just in case you didn’t know, in the Days Gone Bye expansion, there are rules for creating your own Survivors. Recently we’ve seen more and more community-created characters (including a few cheeky tributes to well know film and TV characters) and we’ve been really impressed with the creativity out there. We’re sure that 2017 will bring more fantastic community-created Survivors and we can’t wait to see them.

We’re already seeing that The Walking Dead is an extremely competitive game, thanks to the simple rules and ability to tool up your Survivors with different equipment. With that in mind, in 2017 we really want to expand the options for organized play. After all, we know that a competitive tournament scene is the key to getting more people involved with a new game.

Shortly we’ll be launching an organized play kit for The Walking Dead, which will be packed with exclusive content, and we’ll be keeping you posted with more details in the New Year. We’re also planning to make some acrylic gaming aids, like a new Killzone template and rulers, to give you the edge in competitive play.

We recently announced the winners of our first Brush with Death painting competition. Those of you who were following the progress of the contest may have noticed that there wasn’t a Walking Dead category.

Well, we’re pleased to announce that in the New Year we’ll be launching a Brush with Death competition themed around The Walking Dead. There will be two categories: single miniature and diorama. For the diorama category, the diorama must feature at least two All Out War miniatures.

Details on how to enter will be shared in the New Year. 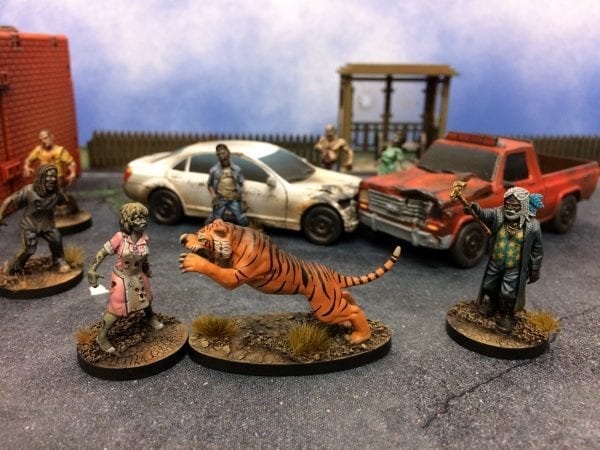