Following on from last we met talking about Dwarfs, I thought I’d share with you my thoughts on an army, which differs greatly to the Dwarfs (on more than one level): the Ogres. An army of large brutish warriors and very little in the way of war machines, the Ogres can be an intimidating sight on the table.

If you’re thinking of taking the plunge but still not quite sure on what to bring to the fight, then maybe I can shed some light. So without further ado, here are my top choices for the budding ogre general:

The simple Warrior is a fantastic foundation unit for an army that doesn’t require a whole lot of finesse or finagling to be effective. They come standard with a respectable stat line; solid movement, excellent melee and defence. What’s more, with a solid amount of attacks and nerve rating, and with crushing strength plus the Brutal special rule build in, it’s hard to pass up at least one horde of Warriors.

The Warriors (come out to play-ay :p) are the cheapest (or more accurately, least expensive) option for an Ogre general to open up slots for hiring Heroes and Monsters. They start out at 130 points for a regiment, and are the only large infantry unit in the entire game that can be run as a Legion. Both of these options could take a bit of practice to be played effectively for a new player. 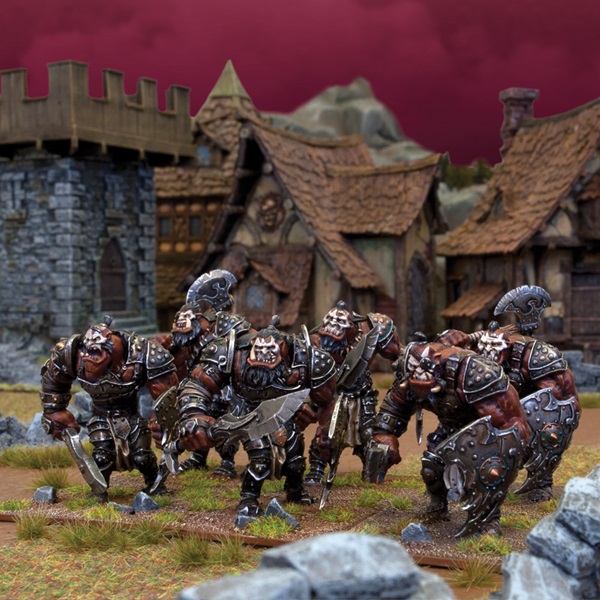 Regiments can clog up charge lanes or block line of sight if you’re not careful with their positioning and the legion has such a wide front facing that it can sometimes be hard to avoid being multi-charged and destroyed or charge unhindered. That’s not to say that both of those sizes are bad ideas, it’s just that they take more forethought and care to use well; the horde does not.

A horde of Warriors is such a solid unit, giving them an artefact isn’t necessary. If you’re taking them as a legion, perhaps the Potion of the Caterpillar wouldn’t go astray (the large unit footprint is bound to run over hindering terrain). If you’re taking regiments, I wouldn’t bother; keep them cheap and cheerful so you don’t mourn their loss when they inevitably get run down or shot off the table.

So we’ve a good base of melee units, time to add in a little ranged support…

Ogres don’t have a lot of ranged fire, relying on either the Warlock for some lightning bolt annoyance, Red Goblin Spitter bow fire or the Boomers and Shooters (I’m not counting the option on the Mammoth as that thing never hits :/ ). So, what Ogres may lack in variety they make up for in sheer destructive power.

The Shooter configuration gives the Ogre player a standout long ranged unit that delivers 18 shots with piercing 2 built in. Add the Brew of Keen-Eyeness and you have a unit which people love to complain about and ally into their non-ogre armies (being neutral, Ogres can be allied with any army in the game). While the tournament scene has learned to adapt and counter the “Shooters with +1” the fact that this unit forced players to change the way they were doing things is a sure sign that it’s good. 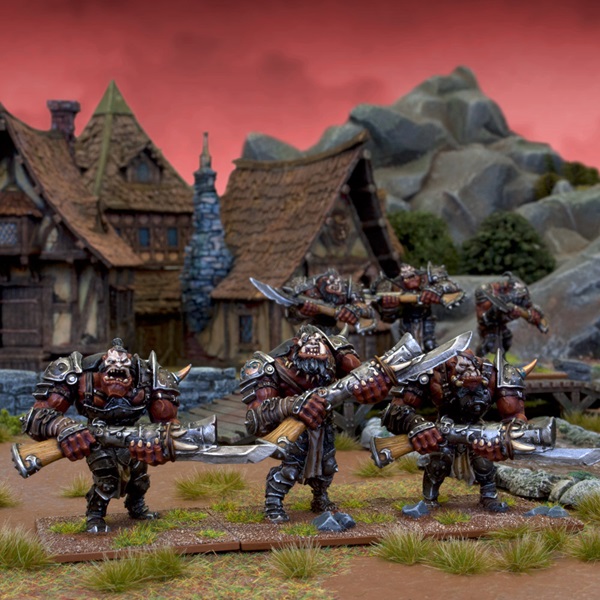 On the other side of the coin, and my personal pick of the two, are the Boomers. The difference? Boomers are equipped with a piercing 1 Breath weapon and don’t have the “Reload!” rule, making them a much more mobile choice – great for scenarios like Domination, Invade, Loot. As I like to have my Ogres take the fight to the enemy, the Boomers can march up alongside the rest of the force, pop out a couple rounds of death and then get stuck into combat. Being Ogres, both options are no slouch in melee, unlike most other ranged units. They still have Crushing strength, a decent melee value and are Brutal.

As for artefacts, Shooters love the Brew of +1 as mentioned. Hitting on 4’s with so many piercing 2 shots is tasty. For the Boomers, I like to run them with the Blessing of the Gods as Elite works for them in both shooting and combat.

Now the army is looking pretty solid. We’ve a couple of hordes of Warriors and maybe a horde or two of Boomers (or one horde of Boomers ad one of Shooters) which may already take us to the halfway point if we’re building up to a 2000pt army. The next step is to make sure we have someone inspirational to keep the Ogres holding fast…

The Living Legend and all round good guy, Grokagamok is both an inspirational leader and combat monster. Bringing to the fight a melee stat of 3+ and 7 attacks that Blast D3 each, as well as Crushing 3, Grok has the potential to remove units off the board all by himself. Added on top of this delicious combo is a succulent sauce of being Nimble, as well as Very Inspiring. This means he can get to where he needs to be, make charges more easily and not worry as much about staying so near the rest of the army… love that 18 inch Inspiring bubble!

All of this does come with a hefty cost though. 260 points is a massive investment for a hero that is likely to fall after two rounds of combat. His nerve and defence is the same as a Warrior horde, so while solid, he isn’t as hardy as an Undead Revenant King on Undead Wyrm with the Ensorcelled armour artefact, so keep him hidden from war machine sight lines! Treat him well and he shall do the same in kind. 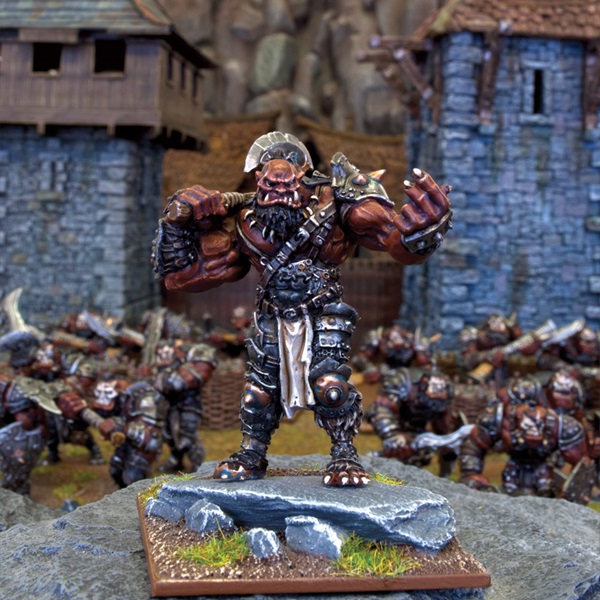 There you have it. My top three choices for the buddling Ogre general. If you want to get a little more adventurous you could try this little combo I sometimes like to use (which would also bring you up to 2000 points if following the above structure):

Take three to four regiments of Berserker Braves and two Warlocks as a mobile ranged battery and melee mincer. The two Warlocks should be situated between the Braves so that they can both benefit by the passive spell buff (increase spell dice used by one for each Berserker unit nearby). This will give you a substantial amount of lightning strikes as well as project a very real combat threat that is difficult to crack open without a good amount of return fire.
The Warlock innately inspires the Braves and if charged, the Braves should be able to strike a combined front and flank charge.

I couldn’t finish this article without giving a mention to my favourite unit in the Ogre list: The Red Goblin Blaster. This unit draws a lot of attention simply because of its potential for massive damage. More often than not it fizzles rather than booms, but when it does go off with a bang it’s usually the highlight of the game… just make sure to keep it six inches away from anything else in your army but within Grokagamok’s area of inspirational effect 😉

Until next time, keep Counter Charging!

The Direct Misfire podcast is a great Kings of War-themed podcast, with army guides, battle reports and lots more. You can listen here.