On 15th September Andy managed to get his hands on pre-production casts of both the Revenant King on Undead Wyrm and the Steel Behemoth. Armed with these he brazenly walked into Rob’s office and threw down a challenge to build, paint and play with the models before the end of the Edge of the Abyss summer campaign (at the time 30th September). Here’s how he got on in his own words.

First of all can I say what a tremendous model. This was a delight to assemble and an absolute joy to paint. “A delight to assemble“? Absolutely! This model pretty much holds itself together without any adhesive – that’s one of the advantages to digital sculpting.

I opted for the upgrade to Wings because this is how I’ve been fielding it for the past two years. Helpfully this also gives us a model to show what the optional wings upgrade would look like! Because we know that not everyone will want the wings, these wings do not come in the kit and are instead available on the web store as an optional upgrade.

Because I’m excitable with new models I glued it all together before painting. If one were using sub-assemblies then I would advise:

I got in my first game on 18th September, too! It was a Win for my Undead forces, though my opponent Ian did kill the Wyrm so it felt more of a pyrrhic victory. 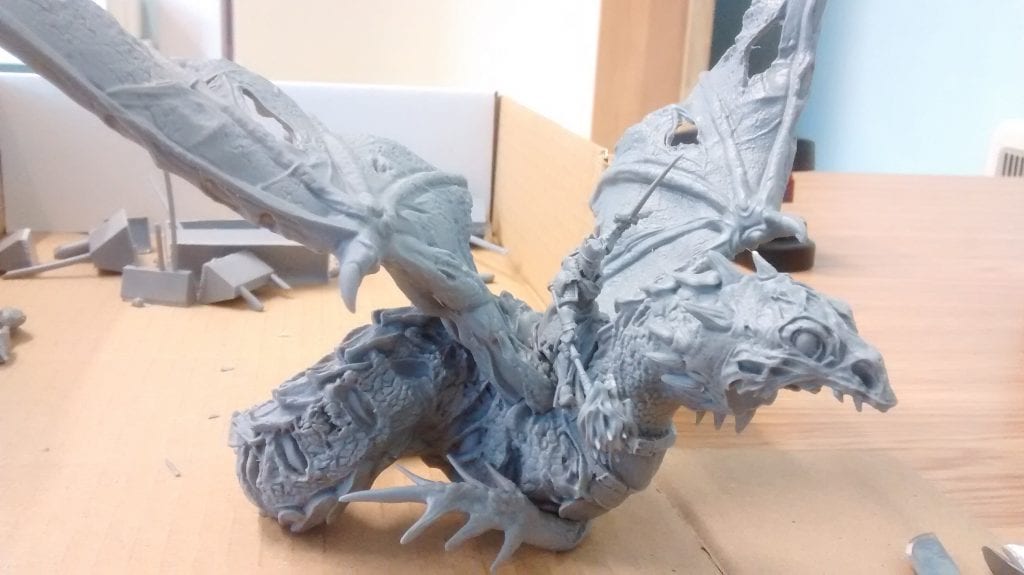 This is a dry fit on the Revenant King on Undead Wyrm, 15/09

Painting frenzy! Starting with a good session on the 19th, I managed another on the 20th too. 5-1/2 hours into the job and I had managed to tackle the base colours, and finish the skin, bones, and horns. 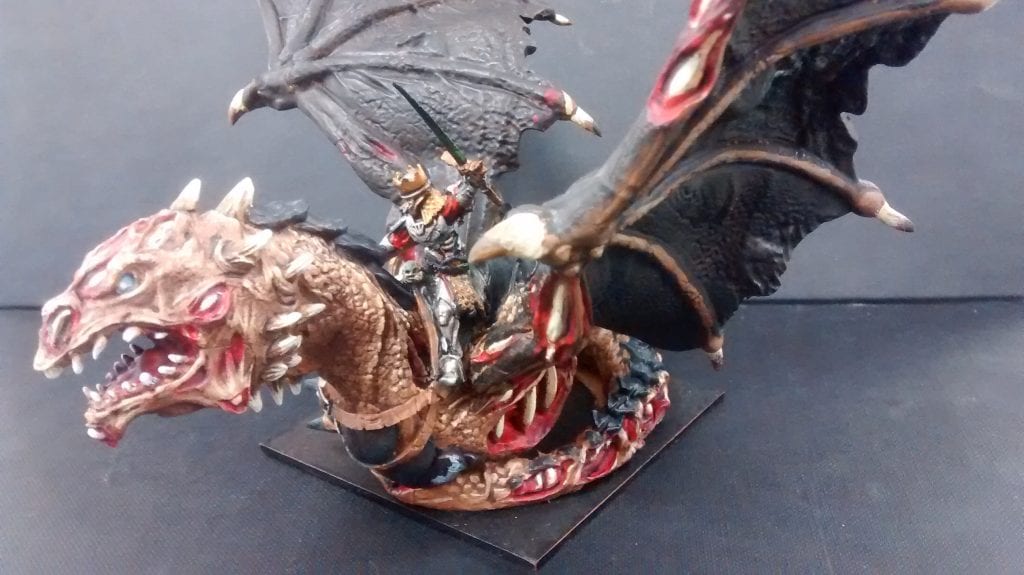 Here are the majority of the colours I used, all from The Army Painter range. Those with a keen eye will realise there’s a couple of steps missing from this list; I wanted to leave some room for your personal painting style. Hopefully this will inspire some of you to push your painting.

Two shorter sessions later and the painting was complete! Wings, scales, and of course the Revenant King were all completed in another 4 hours. Total painting time 9-1/2 hours. Phew! 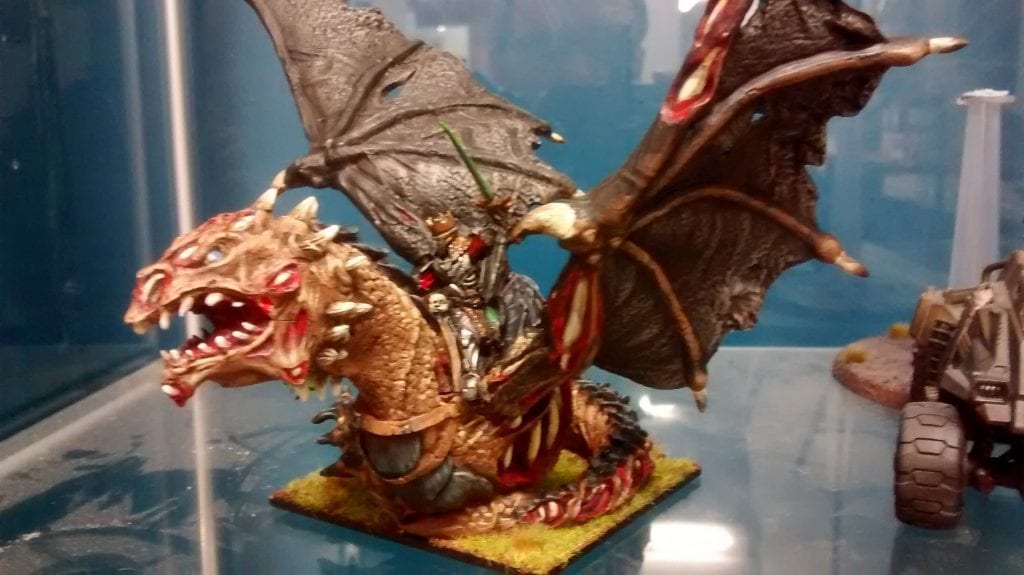 To make this fit in with my existing Undead force, all I had to do was complete the base to the same standard as the rest of my army.

I set down a simple combination of sand and slate on the base and, once the glue was set, I coated it liberally in a watered down PVA/water mix. Once dried this meant that the base was now ‘bullet-proof’. A coat of Dirt Splatter, then adding grass tufts and static grass was next and – when dry – I applied a light overbrush of PVA to apply snow effect. A couple of hours later I brushed off the excess and was left with what I like to call ‘the first snow flurry’ effect. 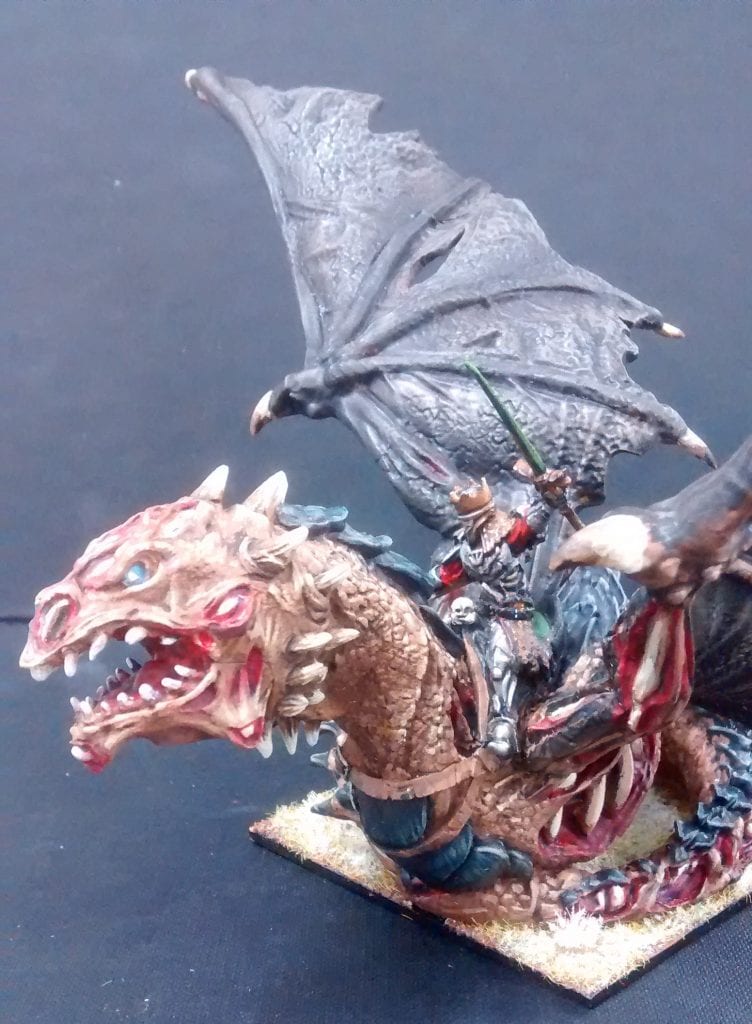 We ran a fun event day with custom scenarios on 30th September at Mantic HQ. This was part of a worldwide series of 12 games over a marathon 24-hour period of gaming! As the organiser I didn’t get in any games during normal play. However, several of the attendees were up for the challenge of staying on for “just another couple” of games. So, while Dave the stand-in player took part in three games with the Revenant King on Undead Wyrm, I managed the final two of the day, completing the challenge at literally the eleventh hour – we finished playing at 11pm!

My reaction to this challenge? Totally worth it. 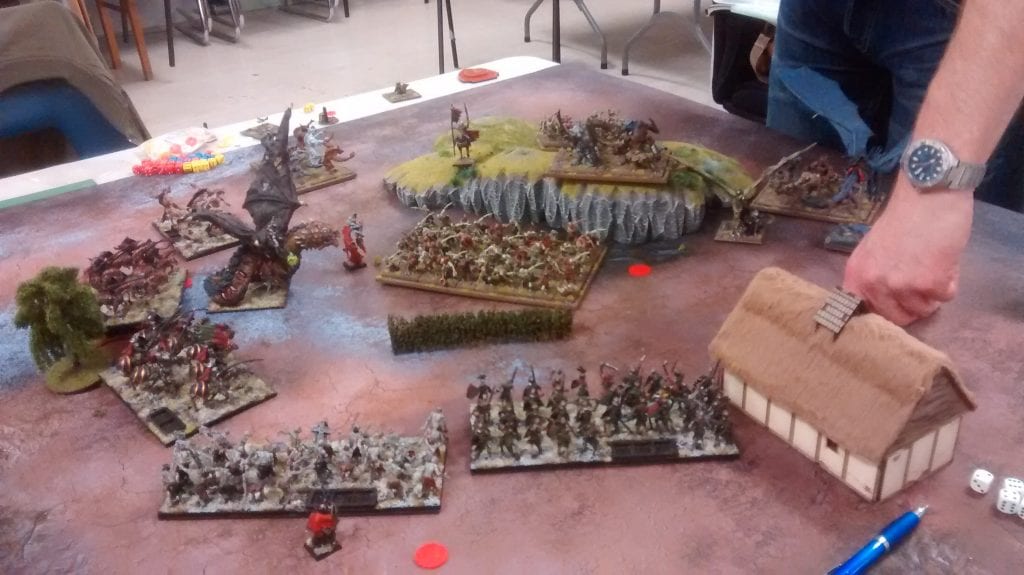 Fighting! (This did not turn out as well as the potential looks here!) 30/09