Results of the Deadzone 150pts Challenge

Back in the distant mists of time (also known as October) Rob issued a challenge to the Deadzone community. The request was simple: paint and play with a 150pts Strike Team in the month of October. The response was fantastic, and Deadzone players from all around the world got involved and started building/painting their teams. Unfortunately, after originally planning to announce the winner on November 1st, the Vanguard Kickstarter kind of got in the way. However, now that things have settled down, let’s have a look through the entries and, most importantly, pick a winner.

Seeing as Rob made the challenge it seemed only fair that he should take part too. He opted for the Veer-myn – mainly because he fancied painting one of the awesome Tunnel Runners. The Tunnel Runners were added as part of the Veer-myn beta list, which will be made official next year as part of the Deadzone summer campaign… more on that soon, dear reader. Unfortunately Rob failed on the ‘play’ part of this challenge and puts the blame squarely on Andrew Sharp’s soldiers. The pair were meant to duel it out while at the Clash of Kings tournament but Andrew forgot his Deadzone mat – d’oh! 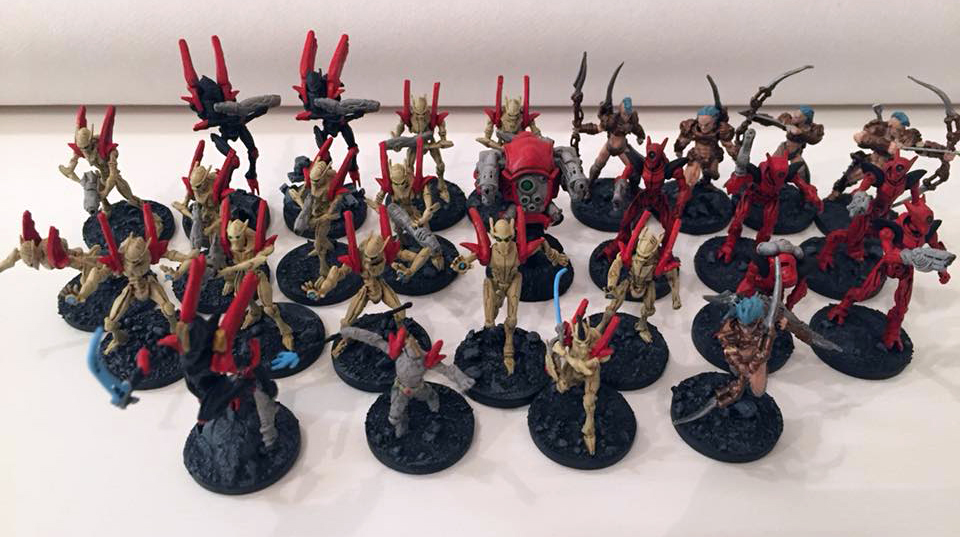 Talking of Andrew Sharp, the Doctor of Deadzone opted for the Asterians and went a little hog wild on the points! The red paint scheme throughout the squad(s) ensures they look like a united force and Andrew is well on the way to a Firefight force here too. Well done Andrew, even if you did let Rob down.

Ben has recently had some great success running a Deadzone league at his local store, The Pit. Originally he had started painting these awesome Forge Fathers before seeing the challenge but quickly jumped on board. The Brokkr’s are particularly nice, and yellow is never an easy colour scheme to get looking smooth. Excellent stuff!

A very bloody Plague entry from Bozo Androic – the splatters and body parts on the bases are particularly gruesome. 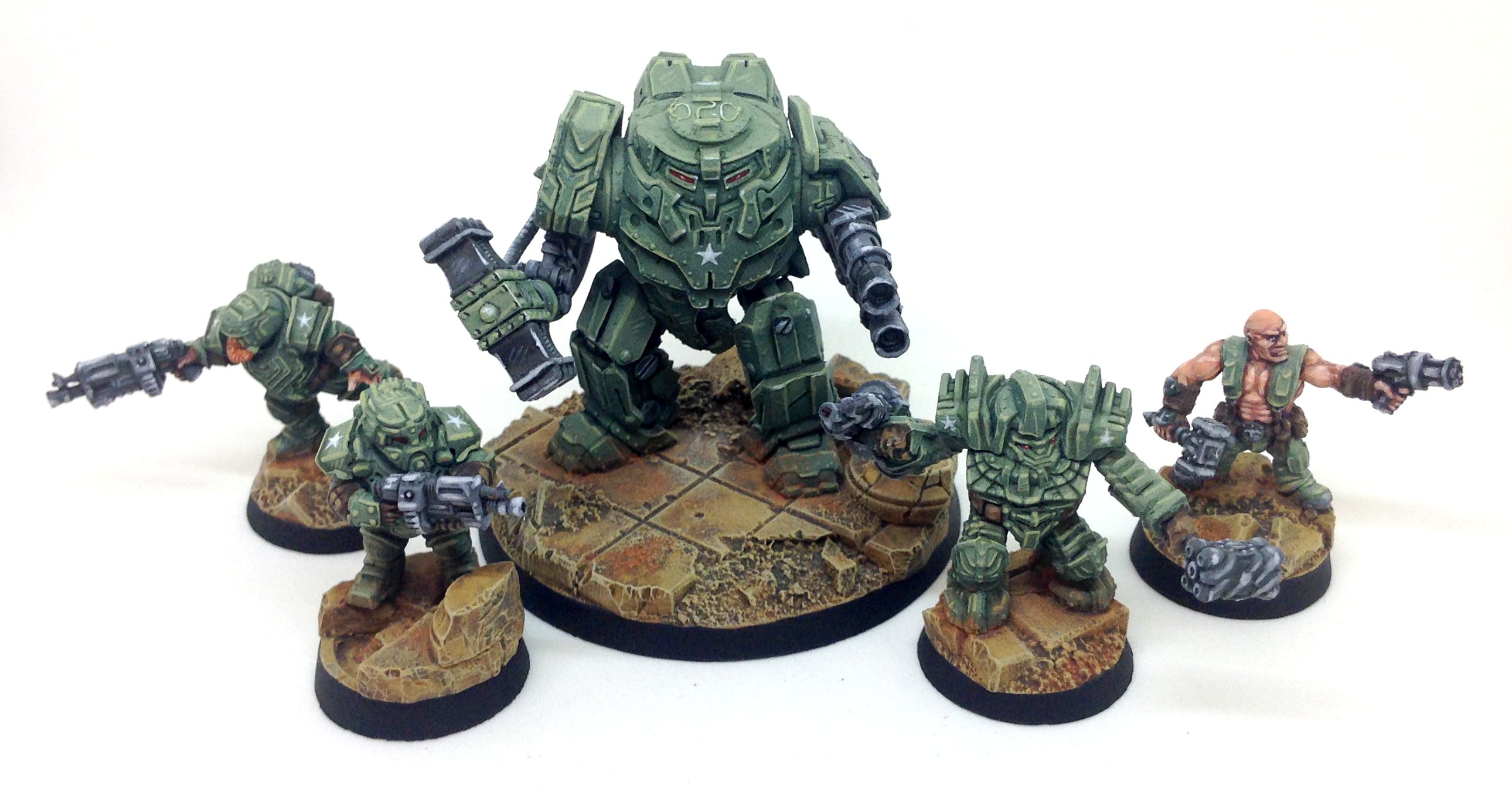 Absolutely superb stuff from Geoff. He may not have many units in his Strike Team but he’s certainly got some decent firepower with that Iron Ancestor. The military green is a great colour scheme for the Forge Fathers and the custom bases are cool too.

Forge Fathers proved very popular during the challenge and Jesse joined the ranks of these dimunitive Deadzoners too. The detail is a little dark on this pic but the combo of green and silver certainly works well.

Lovely stuff on these Forge Fathers from Mark and he’s painted well over the 150 points minimum. In fact, he went back and added the Valkyrs towards the end of the challenge after painting the rest of his squad. The Mars-like bases certainly evoke the image of an alien planet too and compliment the colour scheme nicely.

Another stunning Forge Father Strike Team. The tones on the Brokkrs are particularly nice and Martin sent over a good battle report too, showing that he had completed the playing element of the challenge. Excellent work Martin! 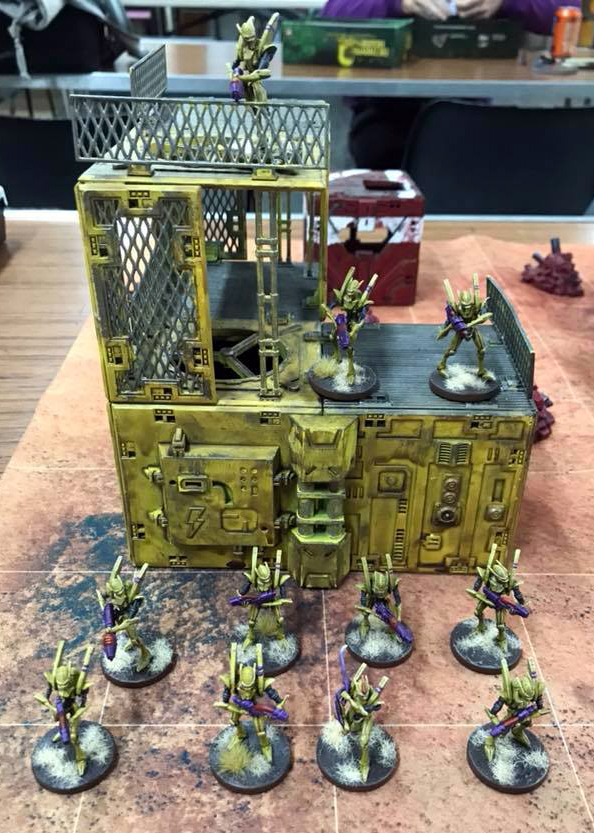 A nice break from the Forge Fathers, courtesy of Matt’s Asterians. A consistent colour scheme throughout ensures they definitely look the part. Plus, Matt’s been taking part in Ben’s league at The Pit, so we definitely know he’s nailed the playing aspect of the challenge.

We’re back to Forge Fathers now. The painting challenge definitely shows just how many different colour schemes you can have for the Strike Teams in Deadzone. The orange and black combo on Matthew’s squad is great and we particularly like the bases.

Fantastic work on the hoods for the Asterian Marionettes really helps to give this Asterian Strike Team a unique feel. Nicodemus if you want to comment below to explain how you made the hoods, please do! 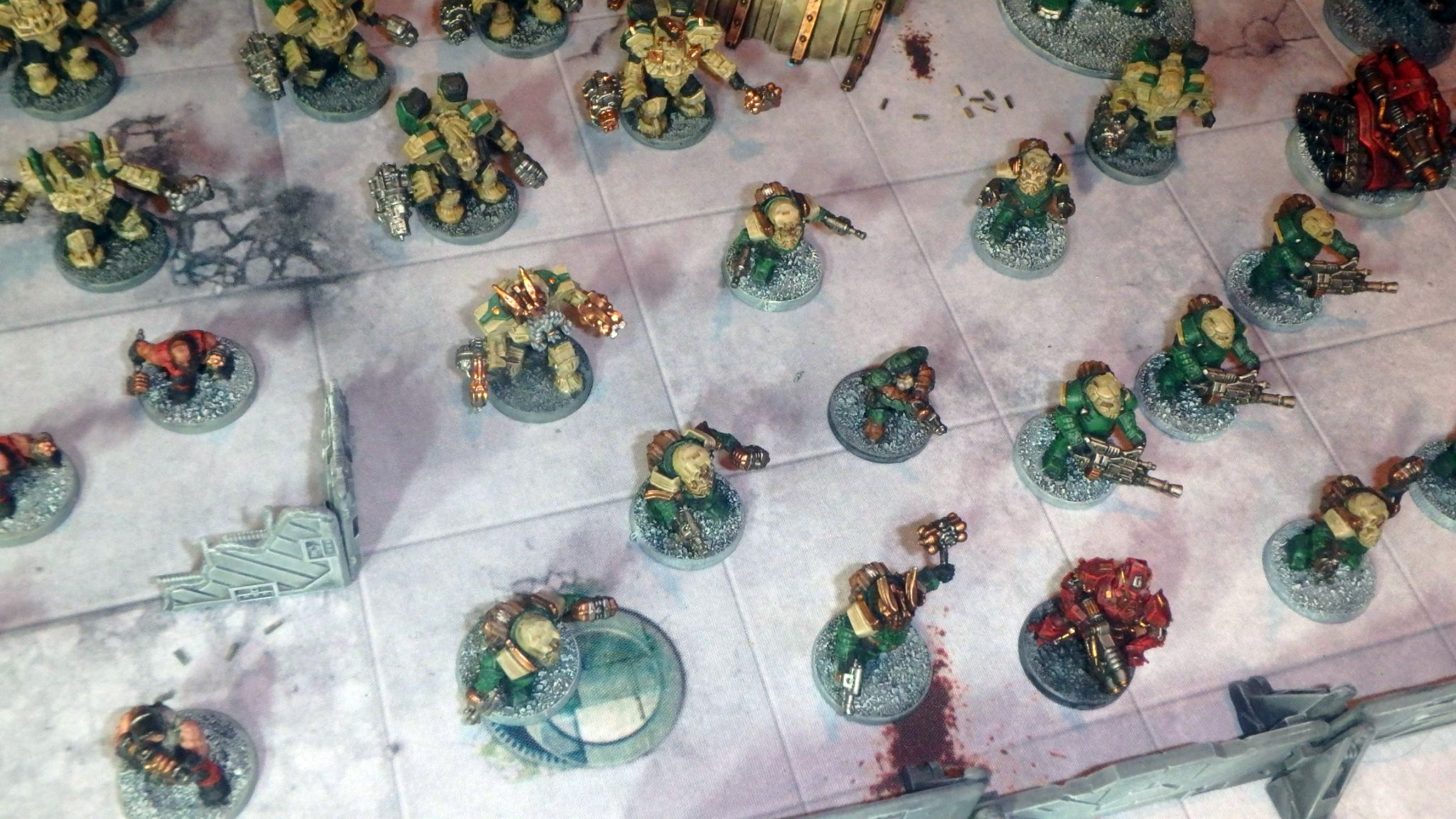 Robin was another entrant who laughed in the face of the 150pts aspect of the challenge, instead opting to easily paint enough Forge Fathers for a Firefight force. You can also just see the tip of the Sturnhammer Tank he painted too. Nice work!

Shane also saw the 150pts as an absolute minimum, rarther than the target. In fact, for October he painted an entire Firefight army for the Plague and this picture is just a small part. Amazing dedication to get all that done in a month.

Originally we announced that our favourite entry into the challenge would win a Faction Starter or Faction Booster of their choice. Before choosing we just want to say thanks everyone for taking part and sorry it’s taken so long to announce the results. We loved seeing all the updates on the Deadzone Fanatics Facebook Group and keeping up to date with your progress. However, there can only be one, as the saying goes, and we’re delighted to say that Martin Grandbarbe is the winner! We’ll be in touch about your prize.

We enjoyed the challenge so much, that we’re keen to do it again. This time we’ll make it a little easier – by the end of January you need to paint and use a mercenary of your choice. You can see some of the mercenaries currently available on the Mantic website. Remember, keep us up to date with your progress by emailing robert.burman@manticgames.com or joining the Deadzone Fanatics Facebook Group. Thanks again for entering this challenge.